Breathtaking natural beauty, significant cultural and historical monuments and numerous events make Jajce one of the most attractive destinations in B&H 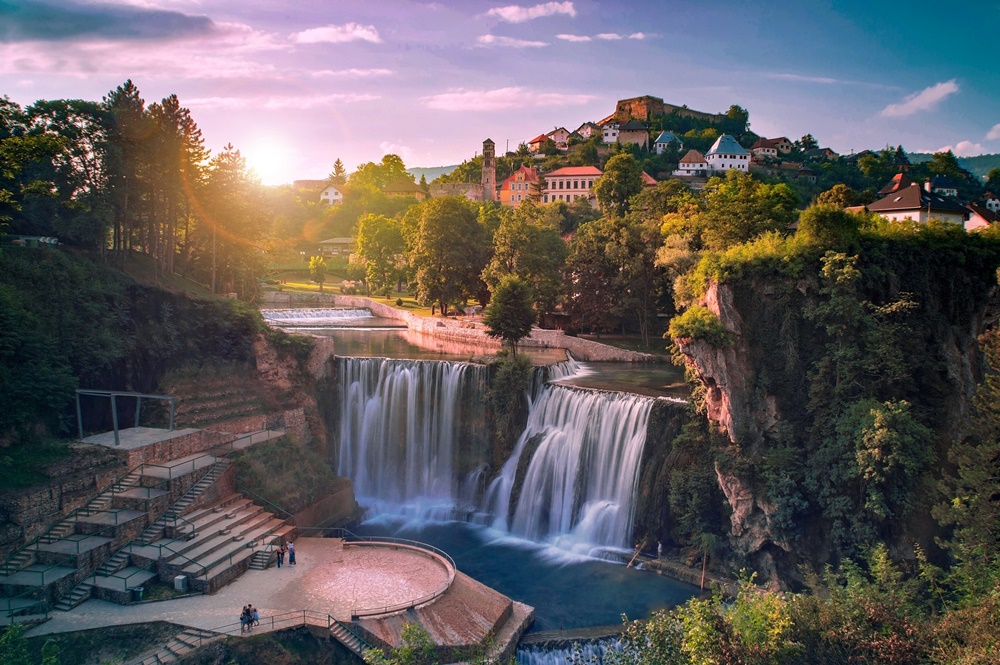 Unique due to its location in the center of the city, one of the prettiest waterfalls in the world charms its visitors; it is the symbol of Jajce. Even though this city has changed throughout history, Pliva Waterfall has remained the same. Beautiful and proud, it defies time as well as conquerors, of which there have been many. To stand in front of a 20-meter-high waterfall, admiring the natural beauty and listening to the murmur of water, is something you must experience!

#2 PRETTIEST VIEW OF THE CITY

Visiting the fortress in Jajce is an experience of the city from a completely different perspective. The fortress is located above the city at an altitude of 470 m, and on the way towards it, there is the Clock Tower, which was initially the entrance to the city during the Middle Ages. There is a beautiful view of the entire city from the fortress. From here, you will also see some of the buildings which are located a little further from the center, such as the Orthodox Church of the Holy Mother of God and the Franciscan Monastery, where the bones of the last Bosnian king Stjepan Tomašević are kept. 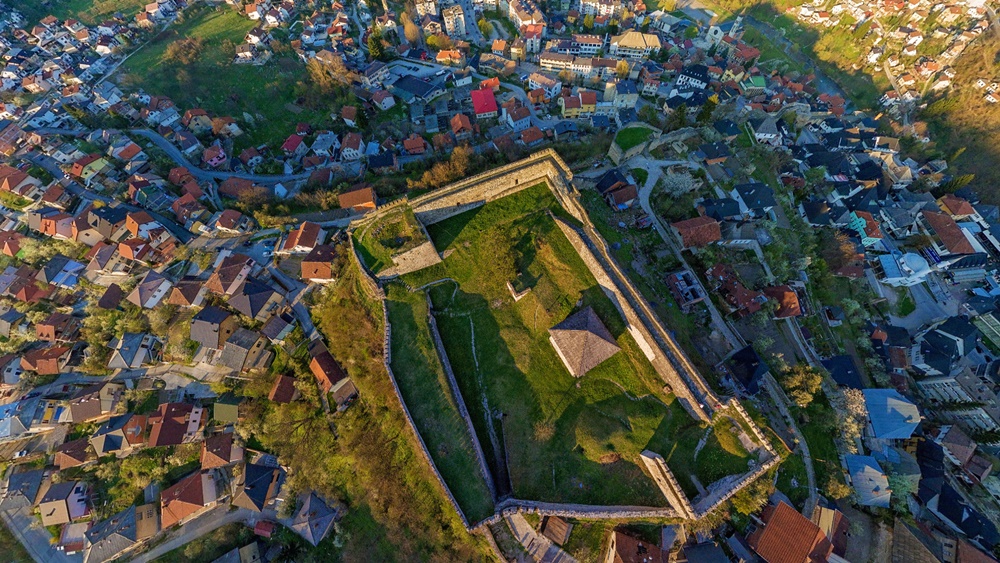 Jajce is well-known as a royal city, which is all the more reason to walk through its old part, where the remains of the Bosnian kingdom intertwine with the Ottoman Empire, the preserved architecture, walls, cobblestone… This is where the last Bosnian king Stjepan Tomašević was crowned in the Church of Holy Mary, which is located within the historical center of the city. Until you come here, you will not be aware of the treasures that this city hides. Embark on an adventure and enjoy exploring Jajce!

If you would like to sail into the past and see how people used to live for a brief period of time, you will be able to do this if you visit one of the old Bosnian houses in Jajce. You can choose Omer Bey’s house, Kršlak’s old house or Šarenica house. Each of them will equally charm you with their interesting story and traditional style. 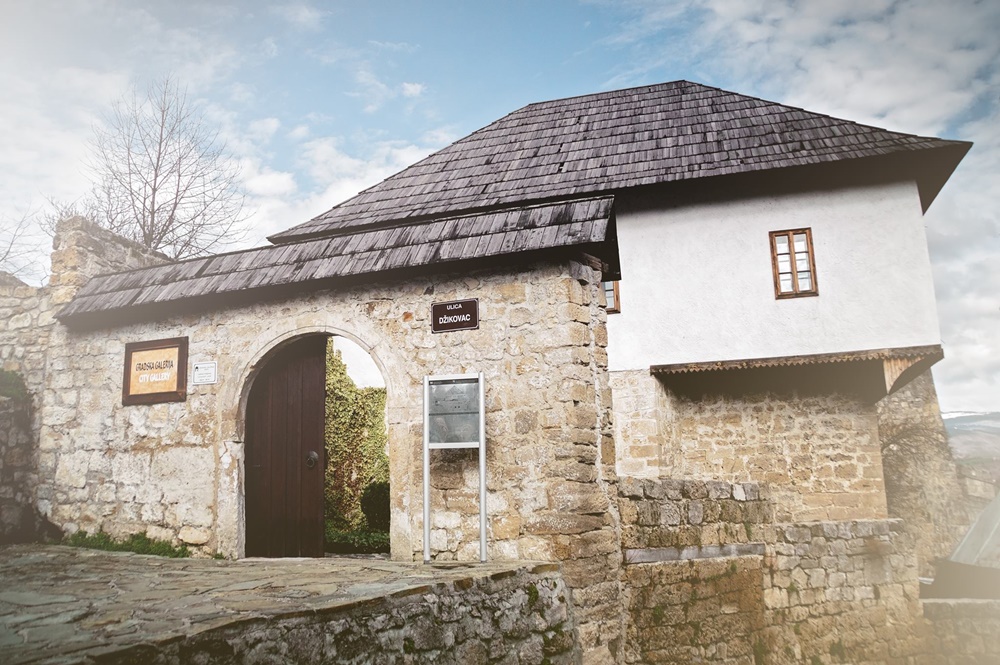 #5 WATER MILLS – GEMS OF OUR CIVILIZATION

If you do not know where there is a paradise on Earth, you will find out when you visit the water mills in Jajce. Twenty old traditional water mills, located next to each other on the Pliva River, will amaze anyone who finds themselves in the vicinity of these gems of our civilization. A nice park with benches, a summer bar, greenery, fresh air, and the ducks contribute to the full experience… A natural peaceful oasis and an unforgettable sight! 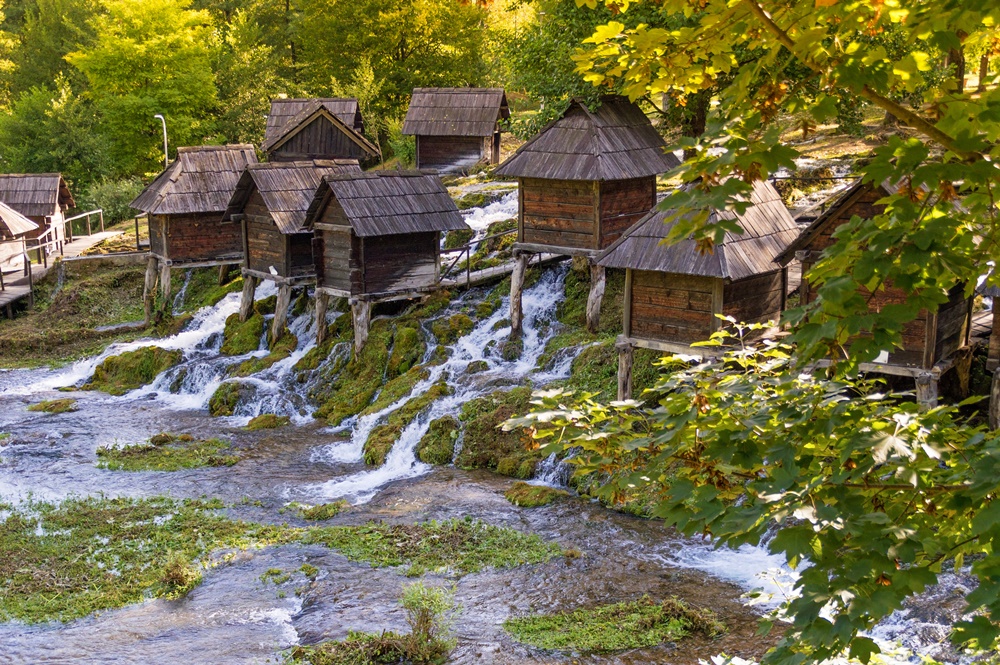 One of the most interesting monuments in the Jajce area are the Catacombs or underground church, which was carved into stone over 600 years ago. The carved stone is lit by small lamps, and each detail tells a story of its own. The catacombs were built by the order of duke Hrvoje Vukčić Hrvatinić, as the last resting place of his family. Peek into this unusual space and find out its secrets… 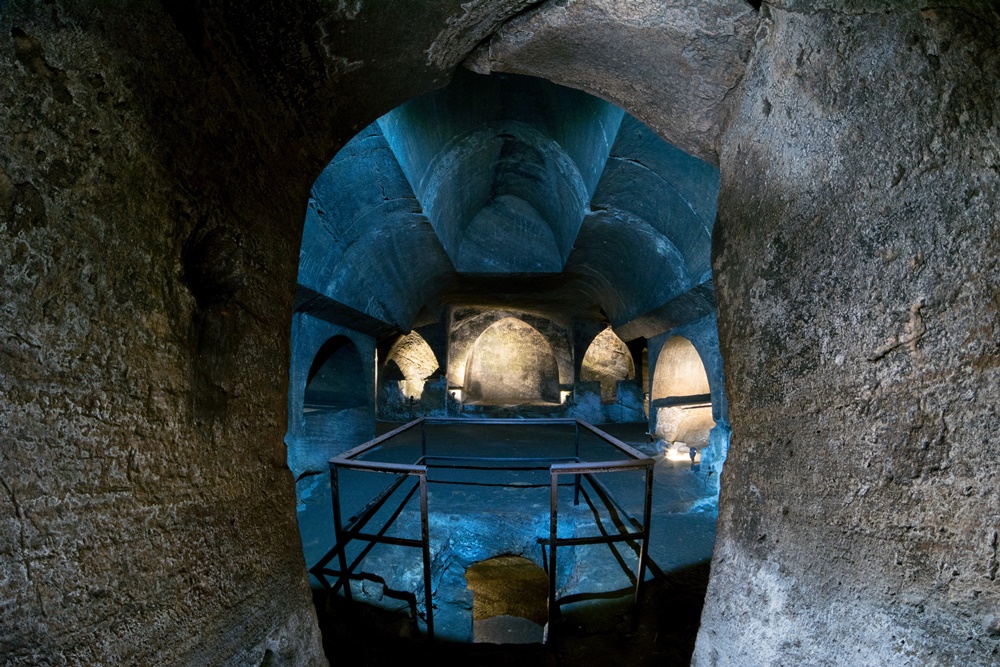 During the summer heat, cool off within the unbelievably pretty Pliva Lakes. At a distance of 5 kilometers from the city, you will be welcomed by Veliko and Malo Pliva Lake. The lakes have a great significance for the development of sports, recreation, sport fishing, tourism and fish farming, and nearby there is an auto camp, apartments, hotel, motel, restaurants and excursion sites, which make this location even more attractive. 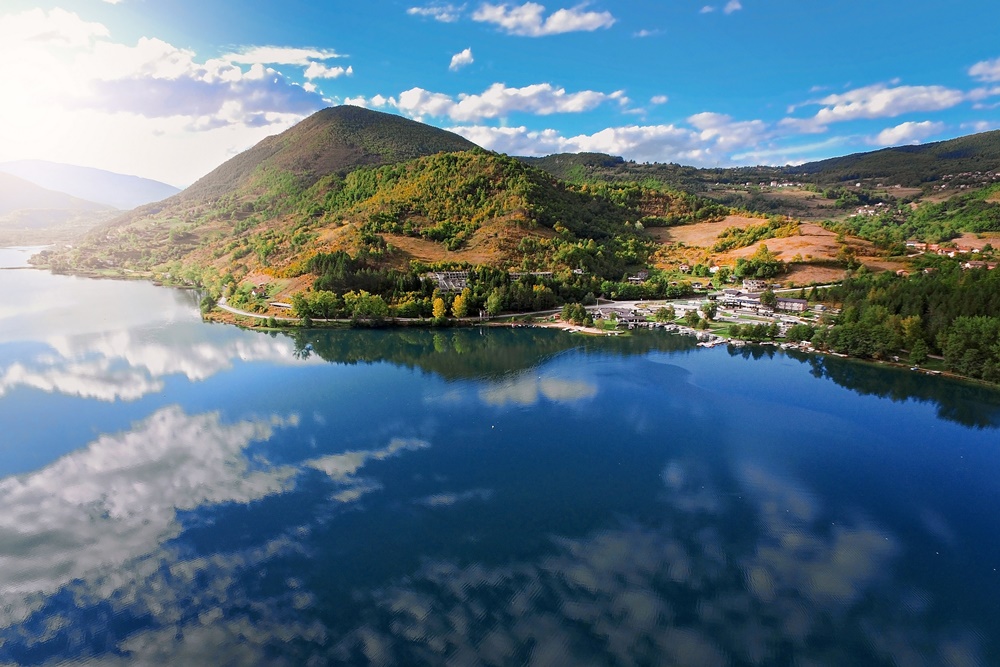 #8 MUSEUM OF THE SECOND SESSION OF THE AVNOJ

For history lovers, the Museum of the Second Session of the AVNOJ is an excellent place to visit during your time in Jajce. In the building swhere on November 29 and November 30, 1943, the historical moment of the formation of the Socialist Federal Republic of Yugoslavia was marked, there is currently a museum. Apart from the original armchair of Josip Broz and other furniture, the exhibition consists of the works of famous painters, and there is also a special library, as well as an exhibit of the locomotive Mala Partizanka (Little Partisan Girl). 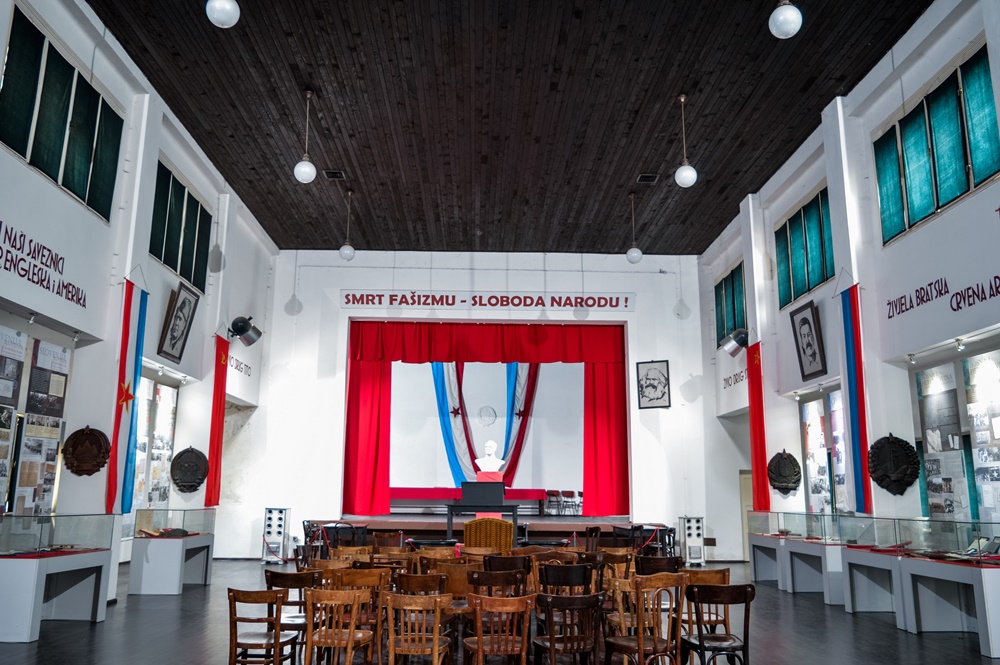 #9 A PLACE TO REST AND HAVE FUN

Jajce is a city where you will find everything you need for an ideal vacation. Apart from cultural tourism, there is an abundance of natural beauty, places to go hunting, fishing, walking, and do extreme sports, rafting, and there are also paddle boats, catamarans, boats, kayaks and other vessels, quadricycles, a white carriage and pony, which are of particular interest for the youngest visitors of the city, and there are also numerous playgrounds here for them as well. 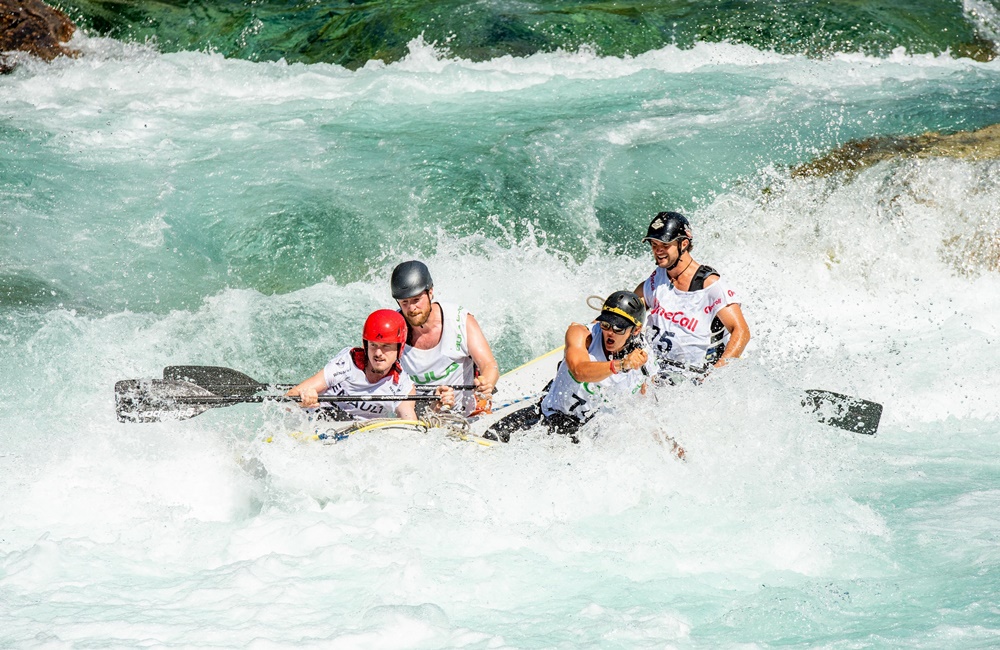 Summertime in Jajce is full of various events. An unforgettable attraction in the city are the jumps from the Pliva Waterfall, which have become an international event, and they are held in August. The religious event Days of St. John the Baptist is also well-known, and it is held in the village of Podmilačje, which is located 4 km from the center of the city, and for anyone who is around on June 24, there will be a rich religious and cultural and entertainment program. There are also the Theater Games of Bosnia and Herzegovina, which are traditionally held in the first week of June and last for 6 days. At the beginning of July, the Days of the Middle Ages are organized in Jajce, gathering numerous knight troupes from B&H and abroad, and the purpose of this event is the preservation of the rich cultural and historical heritage of Jajce. 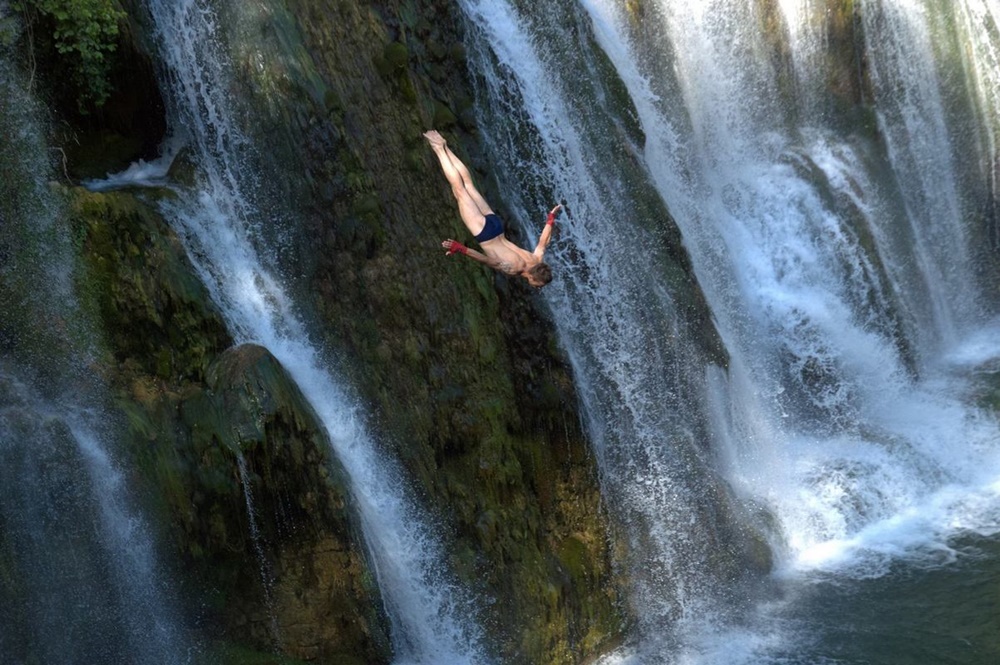