470 years ago, the Aladža Mosque was constructed in the natural surroundings of the town on the banks of the Drina River, with the power of human hands and the noble soul of Hasan Nazir.

This gem of architectural heritage in Foča is known as a former masterpiece of Islamic architecture, and it was designed by a close associate of the main Ottoman architect Mimar Sinan.

Due to its architecture, construction, engraved and painted geometrical and floral decorations, it was also known as Šarena (Colorful) Mosque. The painted ornamentation is of a classical Ottoman architectural style, and as it was the first mosque of its kind in the country, its design was emulated by many others which were built at a later time. The value of this mosque is reflected in the fact that it was listed as cultural heritage of Bosnia and Herzegovina. 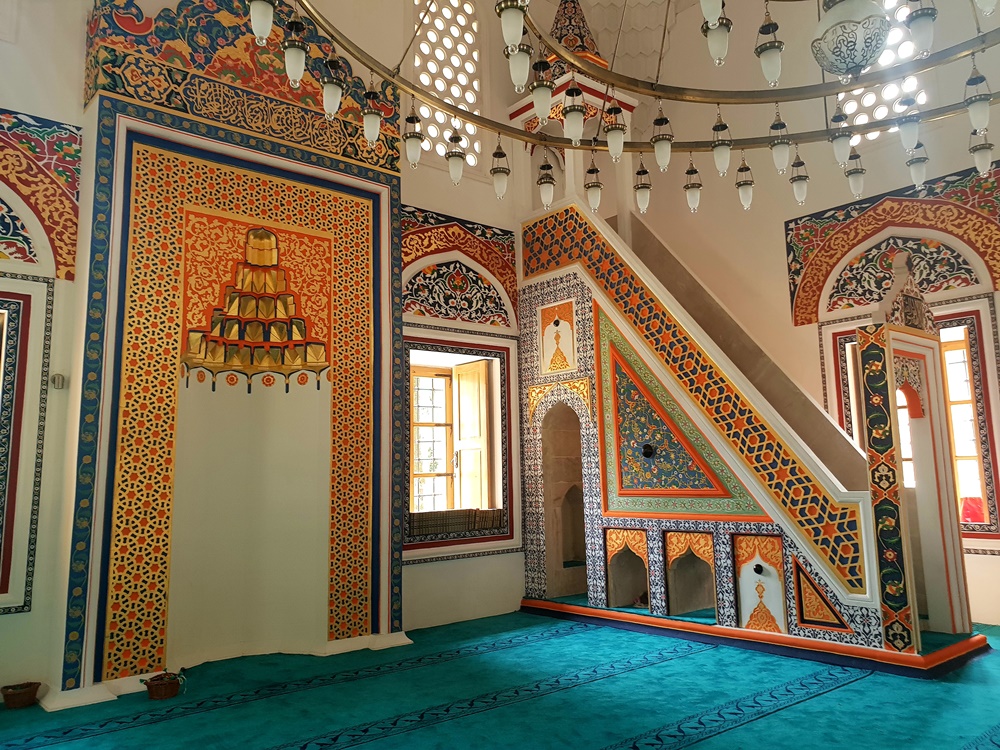 The beauty of the Aladža Mosque would delight many of its visitors, including the famous Ottoman travel writer Evliya Celebi, who visited Foča in 1664, a little over a century after the mosque was erected. On that occasion, enchanted by the beauty of this structure, at the entrance to the mosque, he wrote on a panel: I have traveled and been to many cities, but I have never seen a place like this.

The beauty of this magnificent place of worship has attracted attention for centuries, receiving the admiration of every good-natured person. Up until August 2, 1992. When it was destroyed during the aggression on Bosnia and Herzegovina, and its remains were removed from the locality where it had stood for years. The fragments were preserved for years, and good people were persistent while looking for a way for Aladža to be restored. The first stone was rebuilt into the wall of Aladža in December 2014.

The restoration was conducted in such a way so as to be as authentic as possible, based on drawings which date back to the time when the mosque was built. Next to the mosque, proudly stands a 36-meter minaret again, and at the top of it, there is decoration with three balls. Within the complex, a museum was also built, as well as an apartment for the imam, a fountain and turbeh, and as part of the works on the exterior, the restoration of the existing graves, which are located within the complex, was conducted. 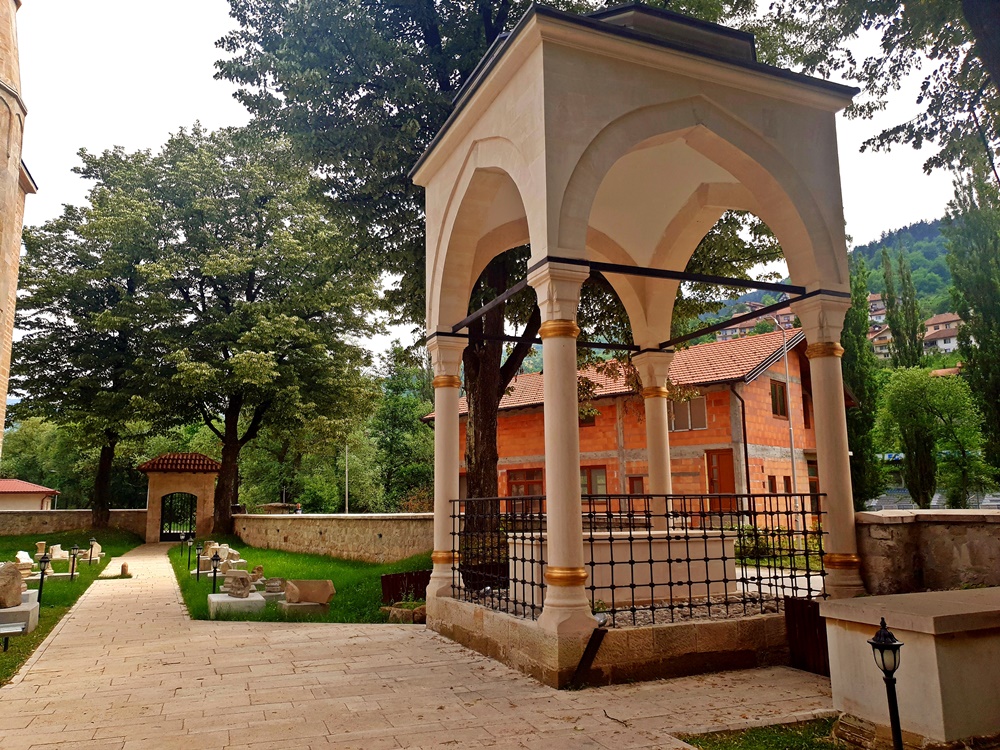 For the interior decoration of the mosque golden notebooks, i.e. golden leaves were used, in the same manner that Aladža was originally painted in. A team from Istanbul also worked on the painting of the restored Aladža. A part of the decoration around the window of the mosque was left in its original state and it serves as one of the reminders of the history of this temple, significant not just for believers in the Foča region, but for all of B&H.

To the joy of numerous believers and other well-meaning people, Aladža Mosque has risen from the ashes and shone in May this year, on the 470th anniversary of its construction. The restoration of Aladža is an expression of faith that good triumphs over evil!