“Why is it that we remember some actors, and why do we find them fascinating? It’s simply because they stand out due to the way they think, since they have a different take on and response to the things around them” 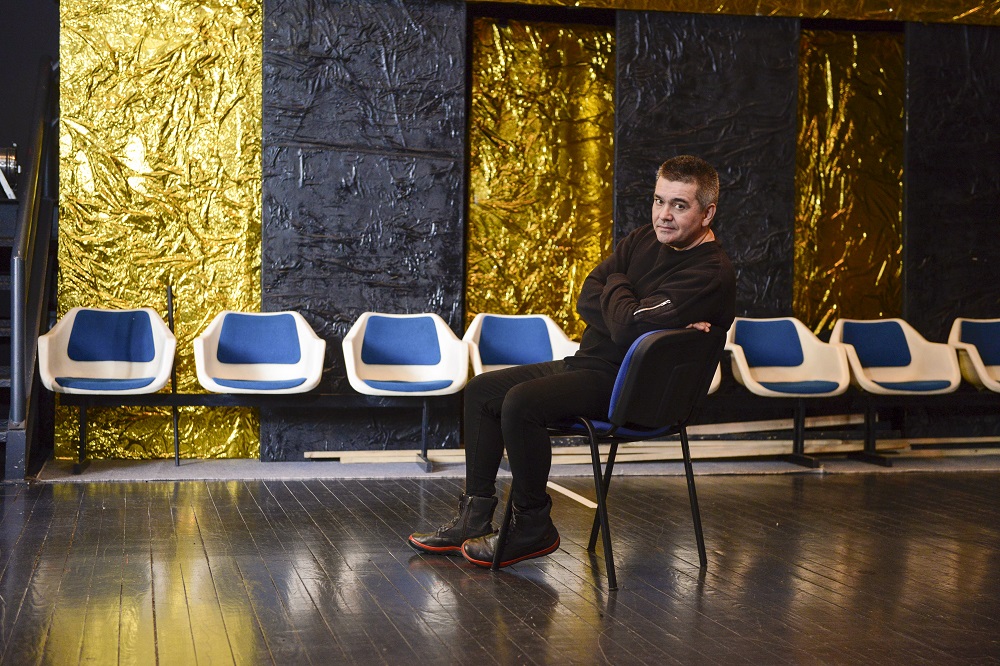 One of the best actors in Bosnia and Herzegovina, Aleksandar Seksan (49) brings his characters to life so faithfully and honestly that one cannot be indifferent to the life they are watching. Being able to stir up a change on the inside, to cheer one up, make one laugh or cry, that’s what an actor is most satisfied with, says Aco. The audience can find him playing in a new theatrical piece, a comedy called Fistik, at the National Theater, which is receiving positive reviews and attracting a lot of interest from audiences.

How much comedy do we really need at present?

– People love light topics, they don’t want to ponder too much after seeing a comedy. However, the role of theater is to encourage people to think, not just to entertain them. It’s nice to play in a comedy; it relaxes both the actor and the audience. Since I work at a national theater, we need to offer people world literature and shape the audience in this context, but each new management in charge of the theater has its own concept, and I don’t meddle in it. As an actor, I love playing in comedies and seeing the theater hall full. Perhaps it’s appropriate for the time we live in, so that we can forget our reality. 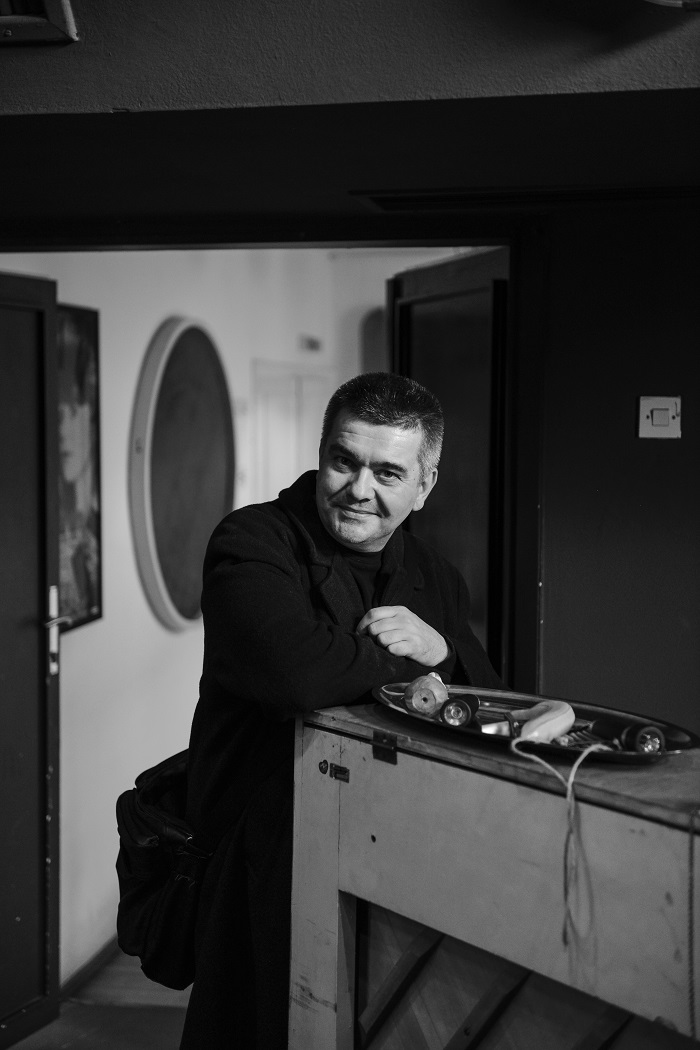 Which genres work for you best as an actor?

– It all depends on the role, the role is crucial. Sometimes, both in drama and in tragedy, a role grows on you and affects you, especially if you dedicate yourself to it and do it well. This brings one great pleasure. However, comedy is something we all love.

“There are people who have no boundaries and agree to any role they are offered. I’m not one of them. If I don’t like something, if it goes against my views, against the way I think, I refuse it regardless of whether I’ll deny myself money or something else by not doing it.”

Žaba (Frog), a film adaptation of a cult play called Žaba, was distributed in cinemas recently. Is it more difficult to tell the story of people of this era, an era lacking in understanding, an era of loneliness and the pursuit of love and meaning, on stage or on screen?

– In the theater, probably, because of the continuity you step into. Film is a medium which allows you to repeat each scene, but then you get emotionally drained more, because you must really exert yourself to make the next doublet as equally emotionally strong as the previous one. When you start playing a role on stage, then there’s no stopping until the end. In this context, I believe that performance on stage is much more intense, emotional and raw than on-camera performance. But I liked the film too. When we saw it, we realized for the first time what it was that we were actually performing at Kamerni teatar (Chamber Theater). 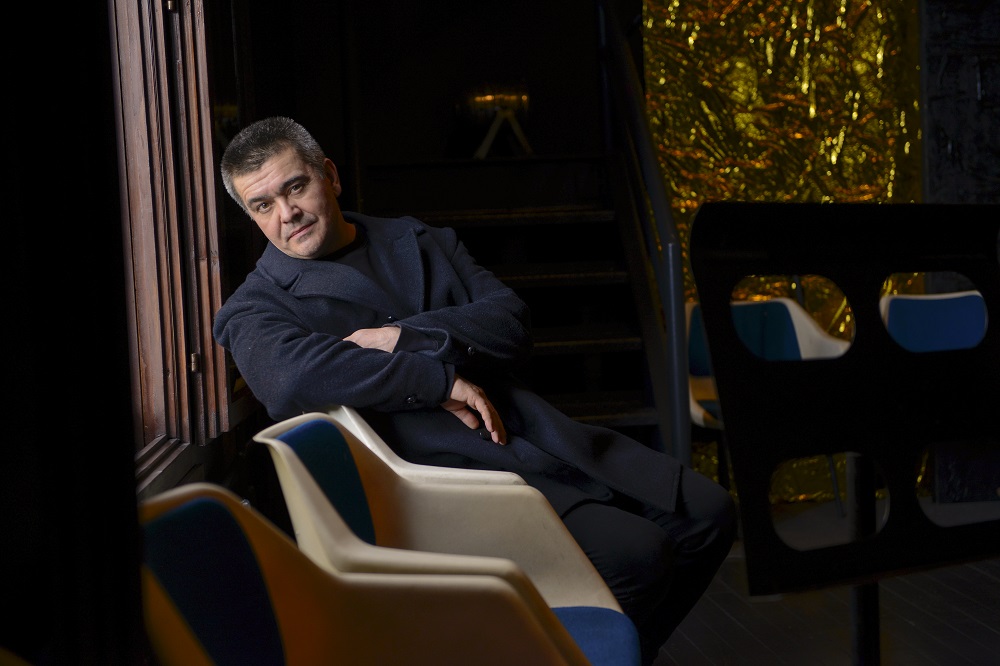 Have you ever forgotten your lines on stage?

– Of course, that sort of thing can happen to any actor. We find such moments funny, but the audience usually doesn’t notice changes taking place on stage, because we’re well-trained to get out of a problem that arises, go back to the line where we stopped and move on. It’s always interesting to see the way your colleague “gets away with” the situation they found themselves in (laughs). Certainly, we always help each other get back into character.

People of different generations keep track of your work, but which TV shows and films did you grow up watching?

– At the time, we lived in a much larger country than we live in now, so we could watch really good TV shows. I grew up watching the following series: Otpisani, Kapelski kresovi, Bolji život, Pozorište u kući, Tale, Kože, Porobdžije, while I loved Andersen’s fairytales when I was a boy. There were lots of programs worth watching. 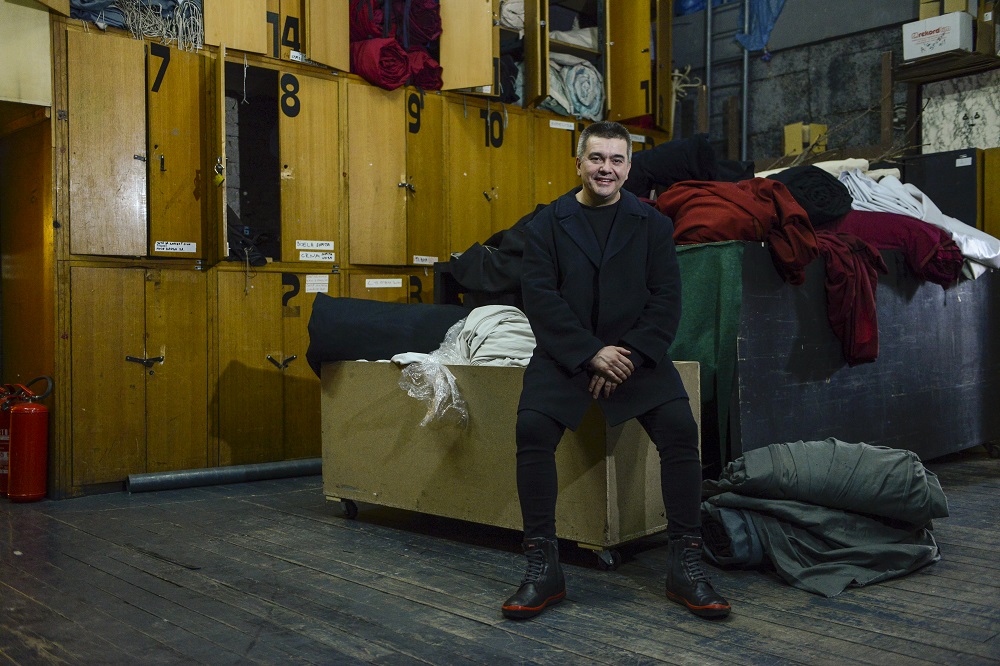 When you were a young actor, who taught you most things?

– I guess professor Admir Glamočak, but I also learned from much older colleagues. Upon graduating from the Academy, I immediately started working at the National Theater and learning from older colleagues such as Josip Pejaković, Tahir Nikšić, Izudin Bajrović and Senad Bašić. To this day, these are the people you love to have as partners on scene. Actors learn as long as they’re alive, they even learn from younger colleagues; there are no rules here, because age doesn’t matter in the acting profession.

What is the essence of all lessons?

– Improving yourself and learning to think about life and what you do for a living in a different way. Why is it that we remember some actors, and why do we find them fascinating? It’s simply because they stand out due to the way they think, since they have a different take on and response to the things around them. People remember or take notice of their actions and reactions in a film or on stage.

You’ve played quite a few roles, but what kind of role could fulfill all your affinities?

– There’s no particular role I’d be passionate to play. Perhaps Shakespeare’s Titus Andronicus, because that piece has rarely been staged, I’m not even sure if it was staged at the National Theater.  The story isn’t well-known compared to other plays written by Shakespeare, but it’s just as interesting. It’s a story about revenge, love and greed. 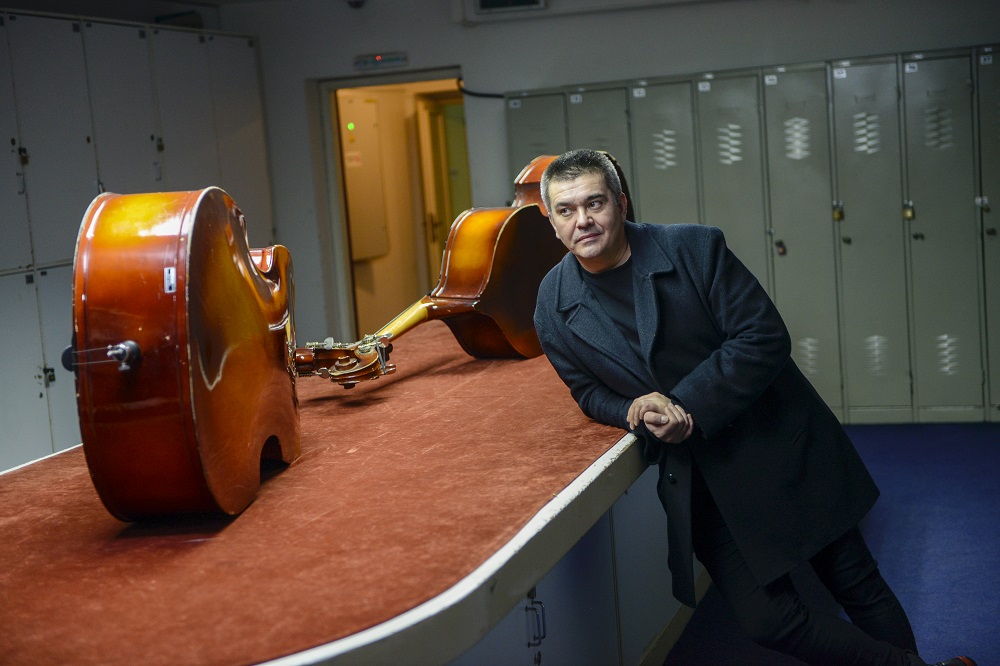 We live in an “IT era”. Do you ever google yourself?

– No! As much as I try not to care about what other people think, some comments can affect you nonetheless, because they come from people who essentially don’t know you. I’m a man who tries not to pass judgments on people before getting to know them and forming a view of them. Social networks have allowed all sorts of people who have a superiority complex to express their opinions of people they don’t know, to trash talk or glorify them based on their own projections of them. I don’t want to keep track of such things, particularly web portals; they are an evil form of electronic media. Their aim is to have a lot of visitors, that’s why comments aren’t filtered. Actually, the older I get, the less I care about what other people think of me. You should live the life you want to live, because nobody else will be responsible for you or your deeds in the afterlife. I’m the kind of man who always tries to make everyone else happy, and somehow this always comes back to me like a boomerang. Now I’m trying to live my life – a life that doesn’t concern anyone else.

What do you find most fulfilling in life right now?

– Family, as always. Being surrounded by my family makes me feel wonderful. I’m not a greedy man, I’m not demanding, and don’t ask for much. I care most about my health and the well-being of all those around me. That’s enough for me.