Home Magazine August and Maria Braun: A Love Story Woven into the Fabric of...

Perhaps one of the most beautiful love stories in Sarajevo relates to the first brickyard in the city which is woven into the urban fabric of the Bosnian and Herzegovinian capital.

The first brickyard in the city

Austrian entrepreneur and accomplished industrialist August Braun is a figure that played an important role in the urbanisation of Sarajevo. His bricks were used in the construction of a large number of prominent city landmarks. Braun was born in the mid-19th century in the Austrian province of Tyrol, and carrying his whole life in a small suitcase he moved to Sarajevo with his wife Maria in 1879. Soon afterwards, he opened the first brickyard in the city in what is now the Koševo neighbourhood where he manufactured construction timber, hardwood flooring, clay bricks, sewer pipes… He received an award for his construction products at an exhibition held in Budapest in 1896.

There is a rather romantic story behind the brickyard success story. Namely, Braun engraved his own initials A. B. on the bricks he manufactured, and soon he also started engraving a heart on them because of the love he felt for Maria. He used those exact bricks to build his wife one of the largest and most gorgeous buildings in Sarajevo naming it Marijin Dvor (Maria’s Palace or Marienhof), the present day name of the neighbourhood the palace is situated in. When he began constructing the palace, the area was just an empty field. Stories began to circulate of how „the crazy count is building a palace in a field which nobody will need“. But Braun envisioned the expansion of the city toward Ilidža and he built a gorgeous palace next to an area that had once been occupied by the ancient settlement, Zagorica, which was an illustrative example for how such edifices should be built in the future since palaces were a rare sight in Sarajevo at the time; palaces began to be built in Sarajevo in the heyday of the Secession era. Designed by the acclaimed Czech-born architect Karel Pařík, the palace was the first building in the city to rent out flats. It is made up of two parts, Maria’s Palace and August’s Palace, and it was also constructed at two different times: in 1885 and 1895. Construction of the latter was only partially completed. Nowadays, the palace, surrounded by four streets—Maršala Tita, Kralja Tvrtka, Augusta Brauna and Dolina—and located right behind a tram station, is a national monument of Bosnia and Herzegovina.

Having built the first block of buildings toward Titova Street, Braun ambitiously undertook to create a Regulatory Plan for the entire Marijin Dvor neighbourhood in 1895, and then he constructed most of the buildings in Kralja Tvrtka Street. Clay bricks with engraved initials and a heart were used to construct the BiH Presidency building, the Braun family villa in Alipašina Street and a large number of other buildings in Sarajevo. The administration that followed picked up where August Braun left off in building what he had envisioned. The love story of August and Maria Brown will forever remain as a symbol of the beginning of one city’s transformation. 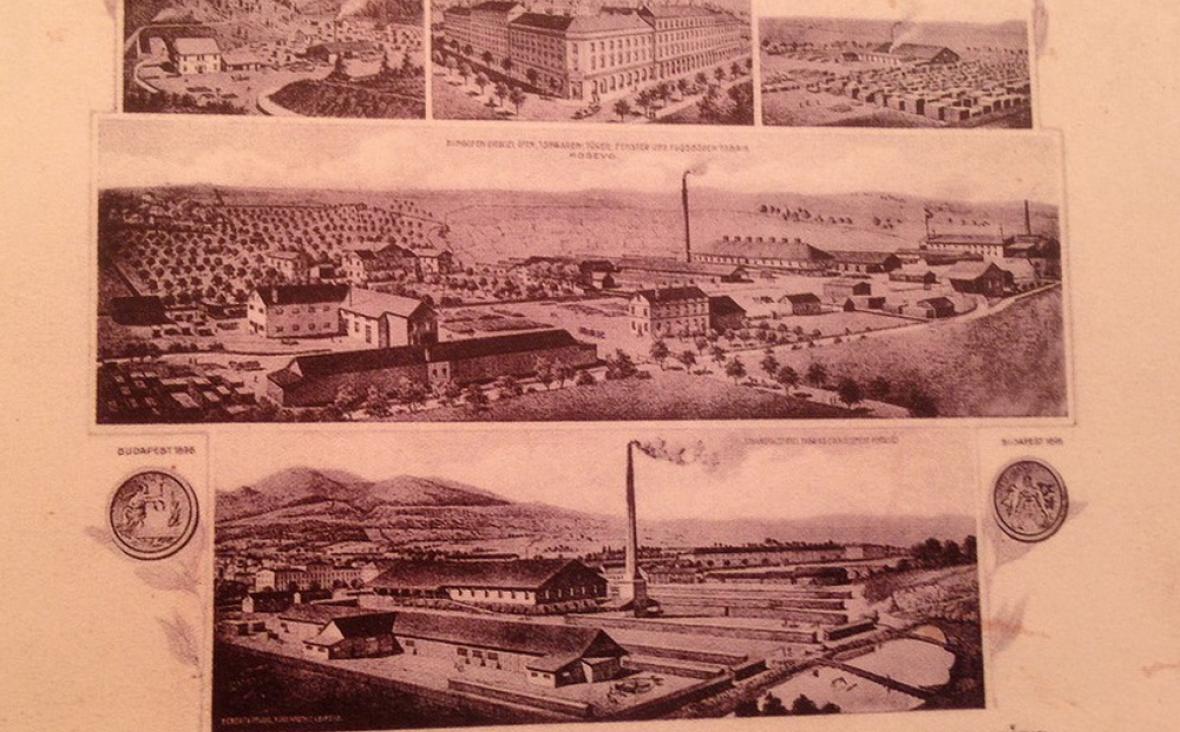