The rather beautiful City Hall sits along the end of Baščaršija, tall so that it can face Miljacka’s bridges. Apart from being a city decoration, this luxurious building is the pride of Sarajevans, as within its core it hides creativity, a turbulent past, executions, new life… all the while looking as if nothing bad had ever happened to it.

THE CONSTRUCTION OF THE CITY HALL

For a long time, B&H was a country occupied by powerful empires, and during the time of their rule some magnificent buildings were constructed. After the Austro-Hungarian monarchy took the throne, a need arose in Sarajevo for a representative building to be constructed as the seat of city administration. That is how the construction of the City Hall began in 1892; it was completed in 1894, and formally opened in 1896.

The City Hall was initially used for government and administrative affairs and after World War II, it was placed at the disposal of the National Library. During the aggression towards B&H, in the night between August 25th and August 26th in 1992, it was hit by heavy artillery and incendiary bombs. A terrible fire then broke out, destroying the entire building, with around 2 million works of the National and University Library. 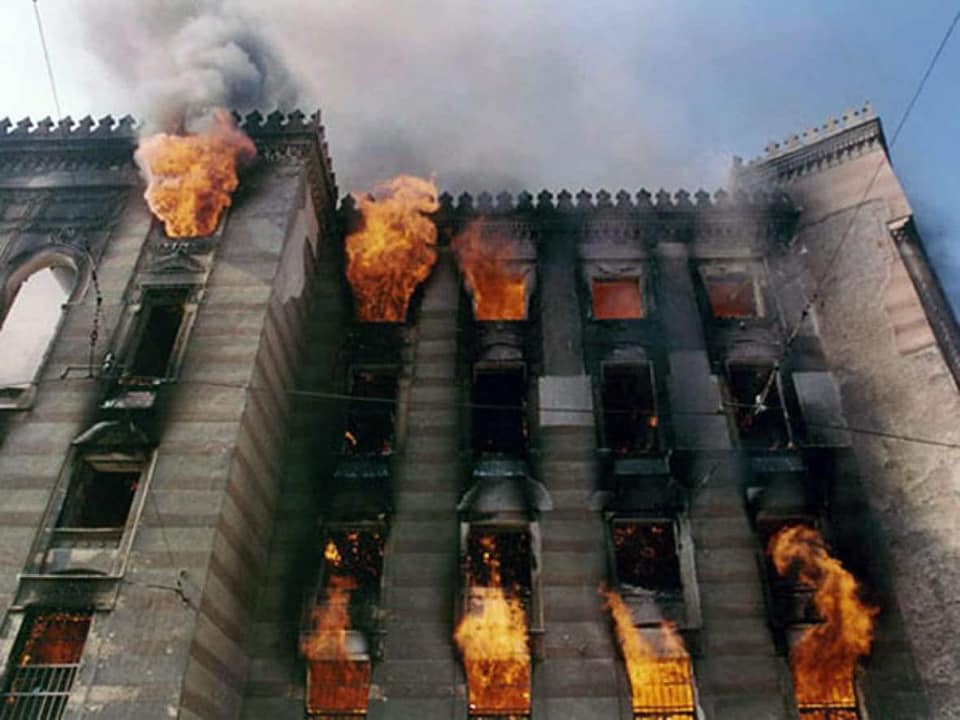 During wartime years, writers, journalists and publicists from all over the world organized their thematic evenings in the burned City Hall, and artists displayed their works. The Sarajevo Philharmonic Orchestra performed Mozart’s Requiem on June 19, 1994. There were also performances by soloists Jose Carreras, Ruggero Raimondi, Cecilia Gasdia and Ildiko Komlosi. Cellist Vedran Smajlović played Albinoni’s Adagio in the demolished City Hall for days out of spite, which sent strong messages to the world, and Sarajevo entered history with a universal power of art as a symbol of resistance to barbarity, hatred and urbicide.

THE CITY HALL IN ITS NEW AND OLD STYLE

The restoration, according to original documentation, started in 1996, and it was completed in 2014, when Sleeping Beauty Sarajevo finally woke. The City Hall was formally opened on May 9 of the same year on Europe Day and the Day of Victory over Fascism.

All parts of the City Hall were constructed based on documents and photographs of what the old City Hall looked like that were found in the Kaptol archive in Zagreb. Despite the fact that everything in it is new, the City Hall simply „exudes“ the period that it was constructed in, as every room has some old part embedded within it. For example, in the hall on the floor, there is an authentic part made of stone, around which the new floor was made. Under the central glass roof construction there is stained glass – one of the most recognizable symbols of the City Hall, which consists of 829 pieces of decorated colored glass.

All inner and outer joinery was thoughtfully made of oakwood, and there are painted and plastic decorations on the most significant areas, which best reflect the style and time of construction, starting from the vestibule at the entrance, across the auditorium and main stairway, gallery of the first floor, ceremonial hall, conference hall and small halls. The rest of the working spaces at the City Hall have had a basic treatment of walls and floors. Special attention was paid to the rich facade, treated in a two-color terranova, stucco and decorative elements out of ceramic material.

Today, the cabinet of the mayor’s office is situated in the City Hall, and this is also a space for special occasions at the state and city level, promotional cultural, art and business events, as well as regular City Council meetings. Along with its diverse offer, the City Hall also has a few permanent and temporary thematic exhibitions related to the history of the city and the City Hall, all described in Bosnian, as well as English.

On the walls within one of the rooms on the first floor, there are photographs of all the former mayors of Sarajevo from 1878. Through short biographies, visitors can become acquainted with the life and work of all of them, and find out about the curiosities from their term of office.

There is also the exhibition dedicated to the B&H Statehood Day, with all details related to the meeting of ZAVNOBIH (State Anti-Fascist Council for the National Liberation of B&H). Here, tourists can find out why November 25 is considered the date when the foundation was laid for modern B&H. 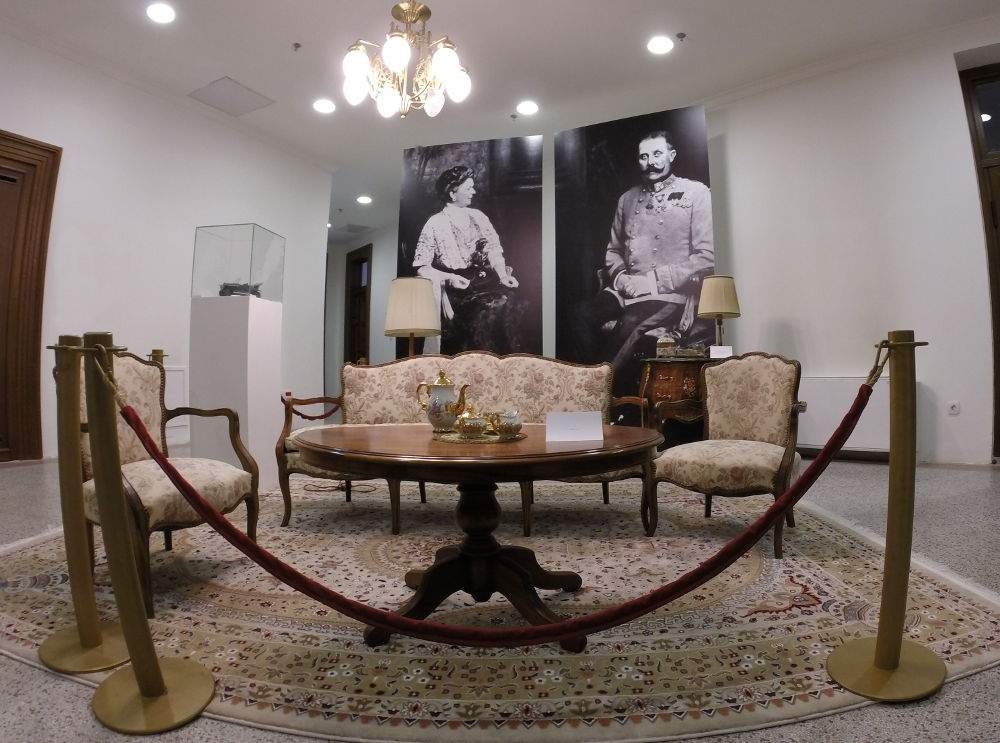 One small area has been decorated with furniture and objects of the relevant period in order to at least for a brief moment portray the style and environment of imperial Vienna. Images of Franz Ferdinand and his wife Sophie were also set up in remembrance of their tragic visit of 1914.

In the basement space, there is Muzej Vijećnica (City Hall Museum). The exhibition Sarajevo 1914-2014 was set up in this exact part, dedicated to the history of Sarajevo from the day of the Sarajevo Assassination until the reopening of the City Hall.

In the same space, the exhibition Vijećnica još jednom (City Hall once again) has also been set up, bringing a collection of photographic documentation and drawings from the original architectural project of the City Hall.

Apart from these two permanent exhibitions, visitors will be greeted and thrilled by other things that the museum also offers, and just prior to the entrance into this space, a souvenir shop was recently opened where tourists will be able to buy a „piece“ of Sarajevo to take home with them.