Dino Selimović, former manager of Sarajevo Football Club, where he spent five years and had a lot of happy moments, has been in charge of the Marketing and Communications Sector at BBI Bank. 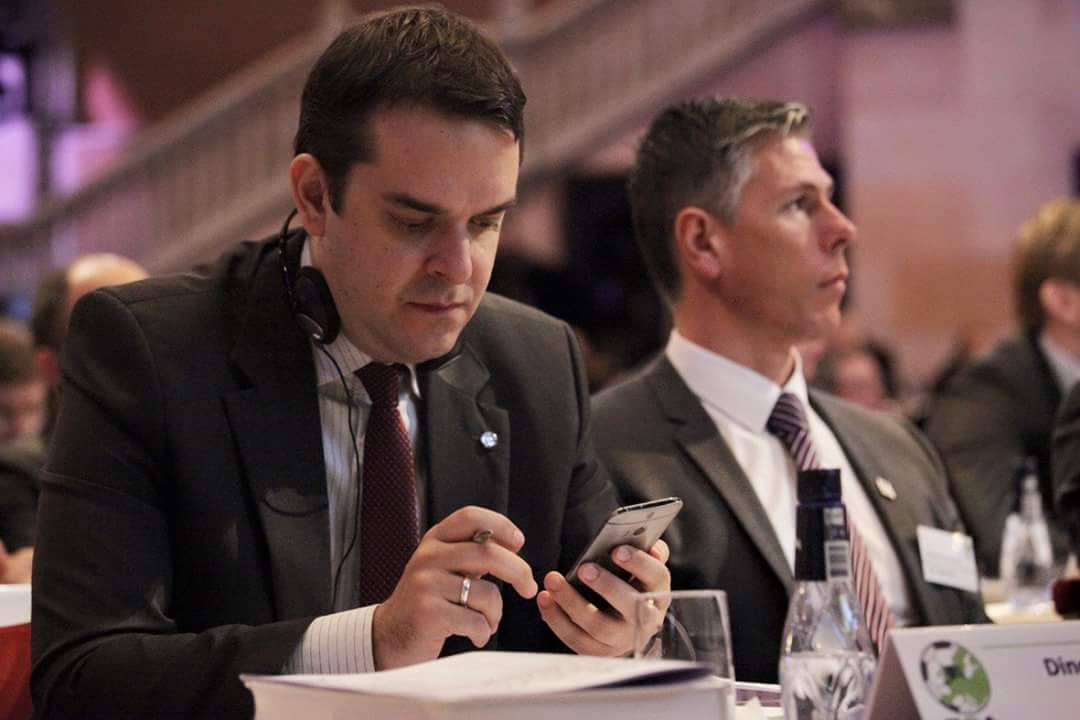 “From day one, the team of Bosna Bank International have taken to me wonderfully,” he says, adding that he works in an amazing team of diligent people who are selflessly dedicated to their work.

“That makes me really happy and content in this role. I hope my colleagues feel the same about me.”

Sarajevo Business Forum has become a traditional business event, taking place each spring. How far from the finish line is its motto One Region, One Economy?

– Since 2010, Sarajevo Business Forum has hosted more than 8000 participants from over 50 countries, so we can rightly claim that it is the most important business and investment event in the region. We’re happy that a growing number of companies and institutions partakes in SBF and includes it in its annual work plans. As in previous years, the conference will bring together the most important business and political leaders from the region and the world, giving them the opportunity to get acquainted with business and investment opportunities in B&H and other countries in the region – Serbia, Croatia, Montenegro, Macedonia, Slovenia and Albania. This year’s Sarajevo Business Forum, which will take place on April 25 and April 26, focuses on joint activities aimed at finding solutions for the exploitation of resources in energy, education, the IT industry, agriculture, tourism and other business branches. We want to intensify mutual economic relations between the countries in the region, and then between the regions of the European Union and the rest of the world, so as to change the region’s image and to view each other in terms of opportunities for development, internationalization of business and establishing new markets. 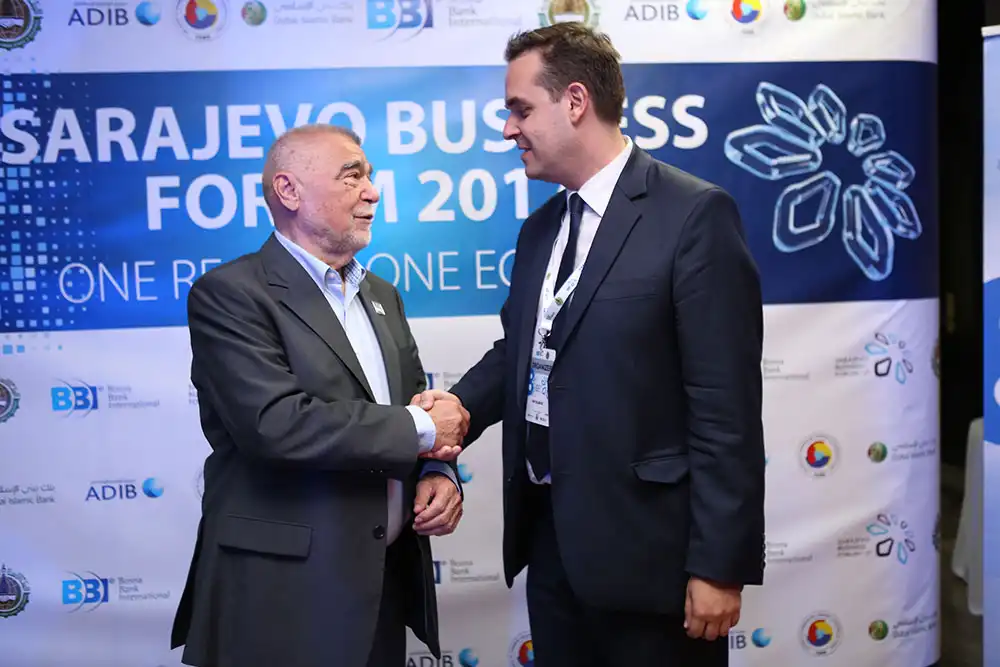 Which countries will partake at this year’s forum and what are its main aims?

– Sarajevo Business Forum’s organization team strives to prepare a better and lager event each year. This year, we expect delegations from Oman, Bahrain, Malaysia, Indonesia, Saudi Arabia, Turkey, the United Arab Emirates… and participants from EU member countries since several panels at SBF will focus on the EU integration process of B&H and other countries in the region.

Is BBI Bank working on its expansion into other parts of the country?

– BBI Bank operates in each part of B&H through a network of 32 branches and outlets, and we plan to expand it in line with market needs. We’re proud to be one of the fastest growing banks in B&H and appreciative of the many clients who have placed their trust in us. We try to tailor our bank to suit our customers’ needs.

Are you happy with your business results?

– The previous year was another successful business year for BBI Bank marked by positive growth in all key business indicators. It was a very important year for BBI Bank, because its ambitious plans were exceeded across all business areas. From 2006 to the end of 2017, the bank’s assets increased eight times, from BAM 113 million to over BAM 900 million. This brought us closer to becoming a systemic bank according to size. Thanks to the average annual growth rate of 19% from 2007 to 2017, we are one of the fastest growing banks in the country. All of us working at BBI Bank can surely be proud of these results. 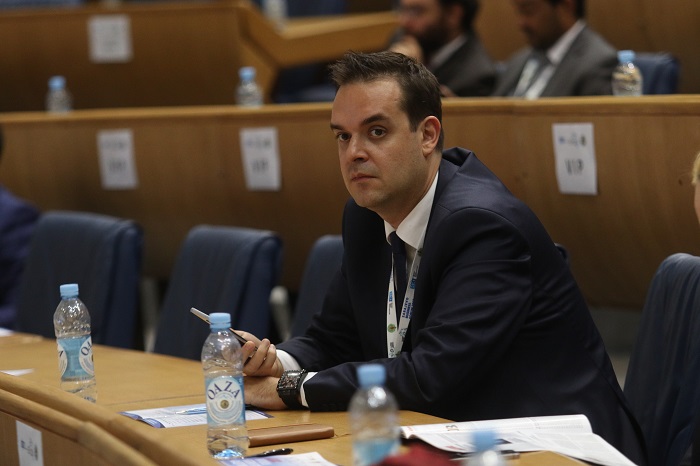 Could you present us the BBI VIP Business Club?

– BBI VIP Business Club has operated within BBI Bank since 2010.

Designed as a business club for business people and entrepreneurs, it aims to offer local and foreign business entities, natural and legal entities, chambers of commerce, associations, but primarily bank clients an opportunity to get together, establish business contacts and cooperation, implement business operations, attract foreign investments and boost the import and export of goods and services from B&H so as to strengthen the B&H economy, establish ties with other economies and build business relationships worldwide. The highlight of such activities is the organization of the annual Sarajevo Business Forum. We plan to expand our activities and organize a few other business events featuring certain topics.

Benefits to Society and Community

– Each day is a new challenge; I dedicate a lot of time to work. I don’t have a regular routine, except that I get up very early and stay at work until late.

People mainly know you from your football days. How have you found the change into banking?

– I am really proud of the five years I spent as the head of Sarajevo FC, because during that period we were able to prevent the club from going bankrupt, unblock its bank accounts, settle all debts, find a foreign investor, set up the Youth Talent Development Academy, build the club’s training camp at Butmir, win the B&H football title and B&H Cup title, play international games as part of the qualification for UEFA Champion League and UEFA Europa League, and attract and regain the trust of sponsors and partners, world renowned brands such as Nike and Turkish Airlines. Working at BBI Bank is quite different, but I need to point out that BBI Bank is no regular bank – it’s a financial institution which cherishes and implements Islamic economic and banking principles, making social and community benefits a priority. I found myself in all the activities BBI Bank is trying to do in B&H and the region in the field of economy and the country’s development. 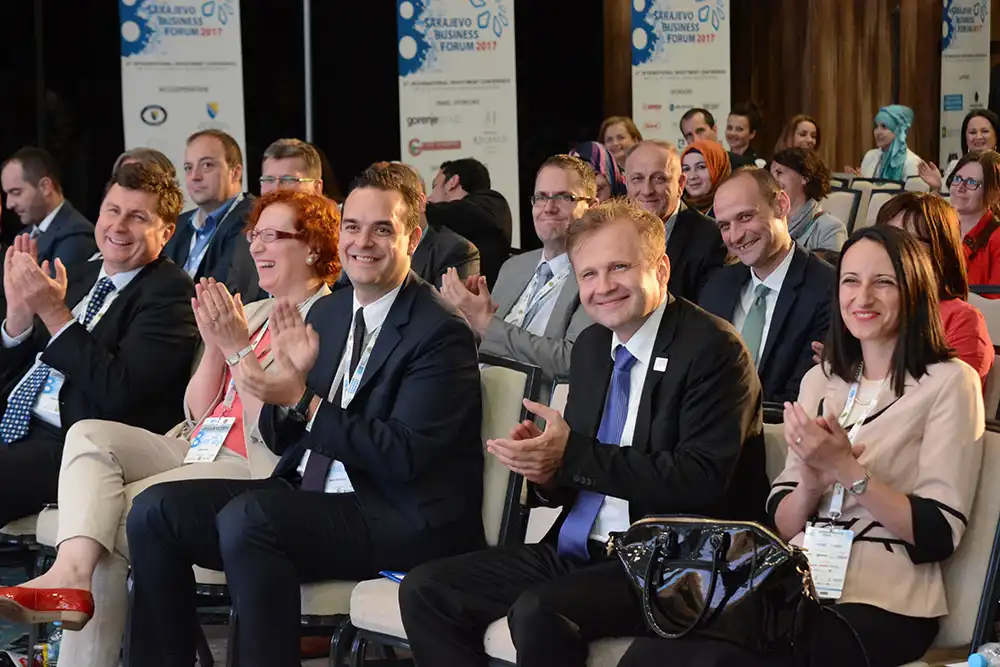 What kind of places do you like to visit in order to re-energize?

– I’ve been fortunate to have a chance to travel to many countries, both for business and pleasure, but I love traveling with my family the most. We mostly spend our family vacations in Turkey and Croatia.