Home B&H It is Time for Una! 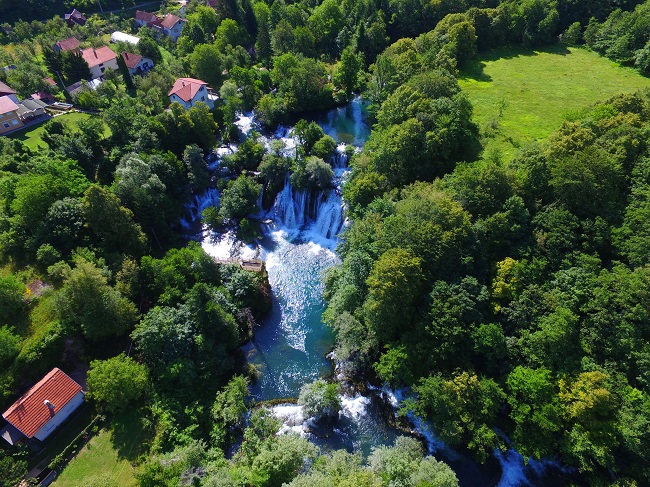 The “Una” National Park is like a natural legend, a dream holiday retreat. This natural jewel is situated on the far north of Bosnia and Herzegovina, in Bihać, and is a one-of-a-kind natural area in this part of Europe dotted with fortifications, mills and places of worship.

The “Una” National Park stretches along the valley of the upper stream of the Una River as well as around the Uvac River canyon, a right tributary of the Una River, all the way to a little river called Krka in the west. Even though the Una River is the most valuable feature of the park named after it, together with the other two river pearls it is a remarkable blend of diverse and well-preserved natural landscape of an outstanding natural beauty and a rich cultural and historic heritage. 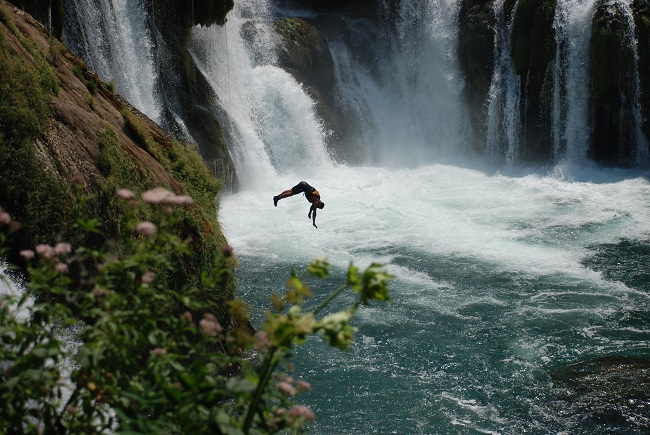 The Una River is predominantly a cascade river. Adding to its beauty, tuff barriers create falls, river islands, cascades and waterfalls. Falls varying in shape and size appeal to any visitor of the park, inspire artists, while scientists find them interesting.

The opening of the summer season again makes the “Una” National park a place which treats its visitors to a variety of attractive events, some of which have long since become international and rightly so.

Tour around the emerald valley of the Una River to see stunning scenery, wonderful natural landscapes and many other surprises that await you in an adventurous tourist Rotary Train ride; the train leaves from the train station in Bihać. An all-day package costs BAM 100,00 or EUR 52 per person. 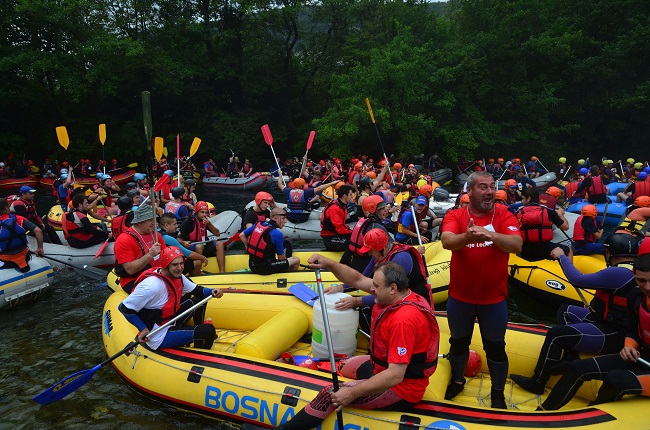 The International Tourist Una Regatta has grown into an incredibly attractive event in B&H attracting an increasing number of visitors year after year. Water sports, music, tasty food, and friendly hosts are just some of the reasons why this is so. The participation fee is BAM 40,00, but those who do not wish to partake in the entire Una Regatta can choose to go rafting in stages. The stages are as follows: the Martin Brod-Štrbački buk stage (BAM 15,00), the Štrbački buk-Bihać stage (BAM 20,00), and the Bihać-Bosanska Krupa stage (BAM 15,00). During the Una Regatta, Marija Šerifović will perform in a concert in Bihać on 27th July, while Hari Mata Hari will give a concert in Bosanska krupa at the closing of the regatta – on 28th July.

With the first Mountain Running Race, the “Una” National Park has ventured into athletic sports events. It was decided that the first 13,5-kilometer race that will be organized will take place in the northern part of the park. Competitors, whose time spent running will be tracked electronically, will run through forest tracks and paths mostly going through forested terrain stretching from Entrance No. 1 called Gorjevac to the highest waterfall in the “Una” National Park and on the Una River—Štrbački buk. The entry fee is BAM 30/EUR 16 if paid prior to 31st July, and BAM 40/EUR 21 if paid after 1st August; there is a 20% discount for groups of 10 or more runners that register together. The top-15 fastest male and female runners in different categories will receive cash prizes ranging from BAM 50 to BAM 500.