We bring you eight photographs from a series by Jasmin Fazlagić, where each photograph has a story of its own 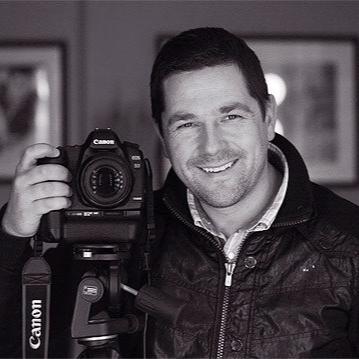 Traditional dress is not just about clothing. It is a story of a certain time and of people who are slowly disappearing. A story of love, faith, struggle, customs, and values of our ancestors. All this is shown in the photographs of Sarajevan photographer Jasmin Fazlagić who, along with Father Zvonko Martić, a Carmelite and doctor of ethnology, travelled thousands of kilometres across all regions of BiH, so that our future generations could know what our past looked like.

They have almost completed a monograph of Bosniaks, and soon a monograph of Serbs and Croats will follow, which in the end will be presented as a valuable three-part edition.

“The friendliness and hospitality of the people we met while travelling and collecting valuable material for our monograph were fascinating. There was almost no occasion when we were recording that the locals did not organise a joint lunch, and serve it when we would finish, in true “traditional” style, on the field, on blankets, where we would sit the way people used to at these gatherings. We take photographs from the lives of peoples and record memories which are getting lost. Some of them have never been recorded anywhere. We are lucky that the tradition of the peoples of BiH is still alive, but, unfortunately, it is slowly disappearing for various reasons”, are the words of Jasmin Fazlagić. 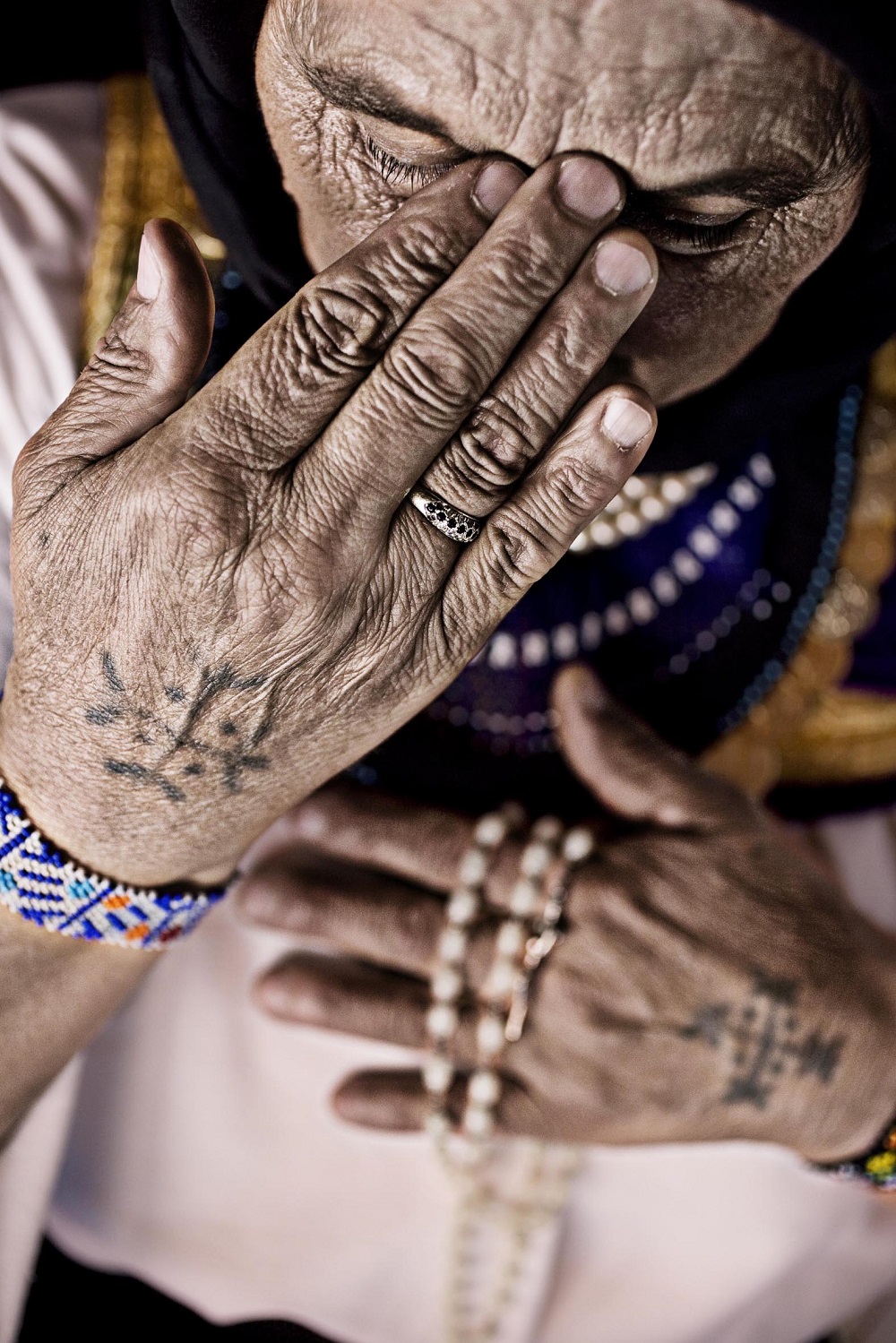 There are two theories about the tattooed crosses on the arms of people in Kraljeva Sutjeska: one is that with the arrival of Croats to BiH, they took over the custom from the Illyrians, while the other theory, which is seen as more likely, says that during the time of the Ottoman Empire the mothers of Christian children wanted to maintain the identity of their children in that way, as female children were taken away to be servants in affluent families, while the males were recruited as Janissaries. 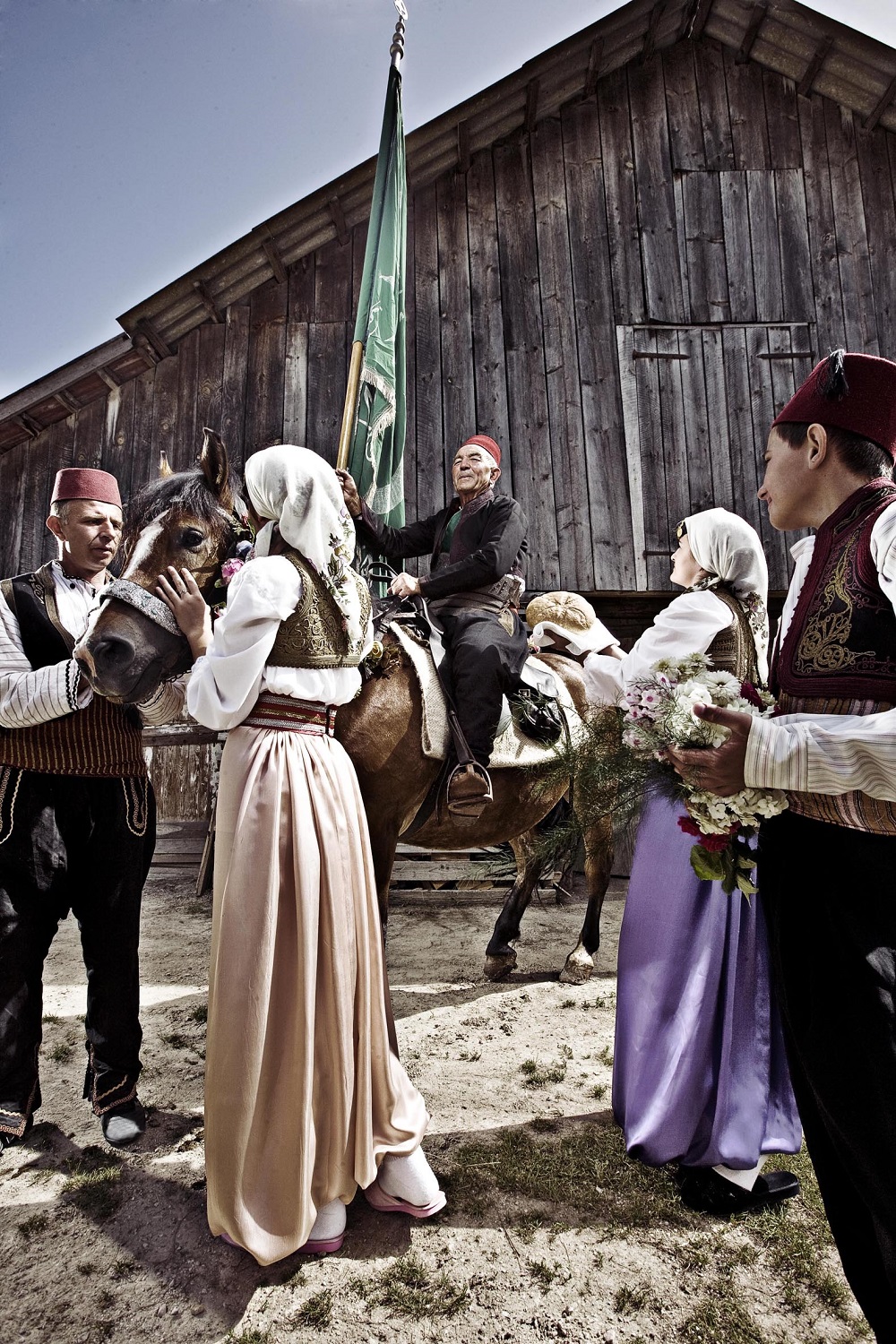 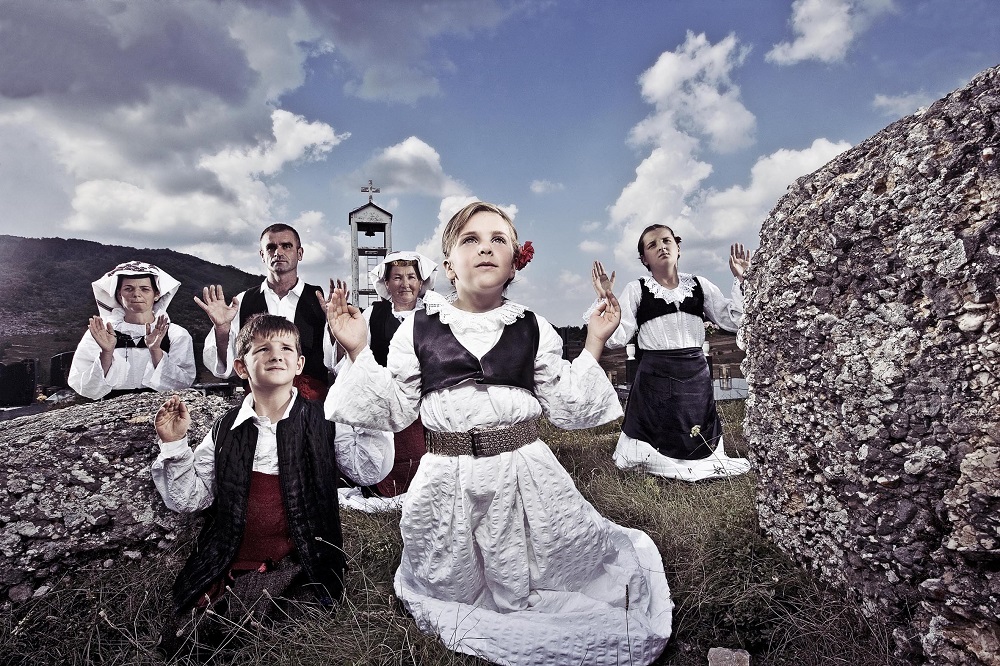 Young Tuesday is the name of a custom in Uskoplje when families gather at the local cemetery and pray for the peace of the souls of the deceased, as well as for a good harvest. Prayer takes place between two large boulders, and legend states that after prayer both boulders become so soft that they can be moved by hand. 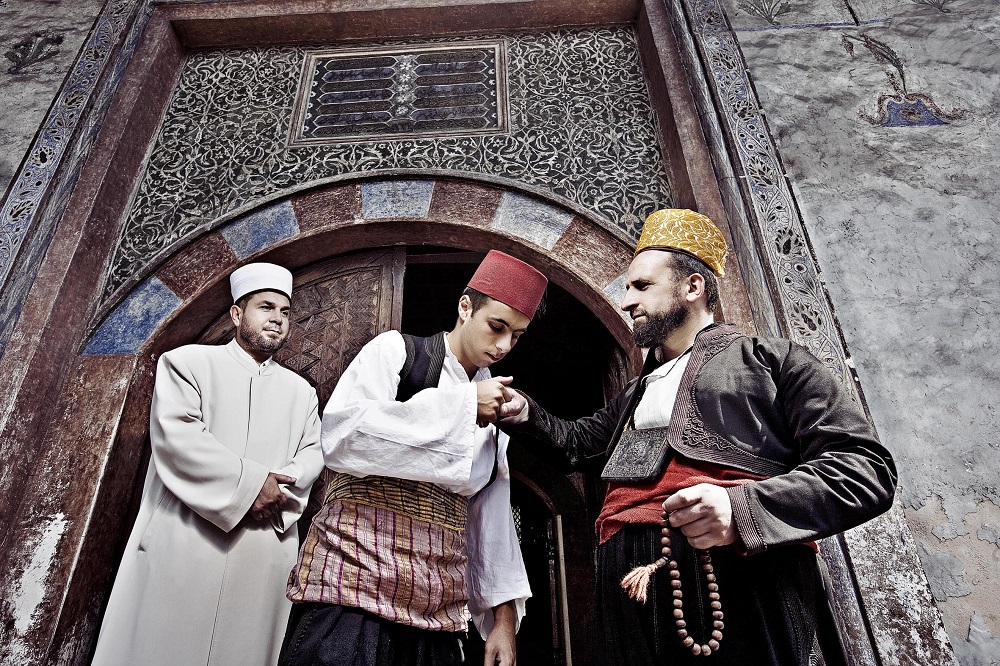 The trip to Hajj was long and unpredictable, so it was not known whether the future hajji would return alive. Because of this, it was customary for him to say goodbye to the entire (Muslim) community before departure. It was seen as a special honour for young men to kiss his hand. 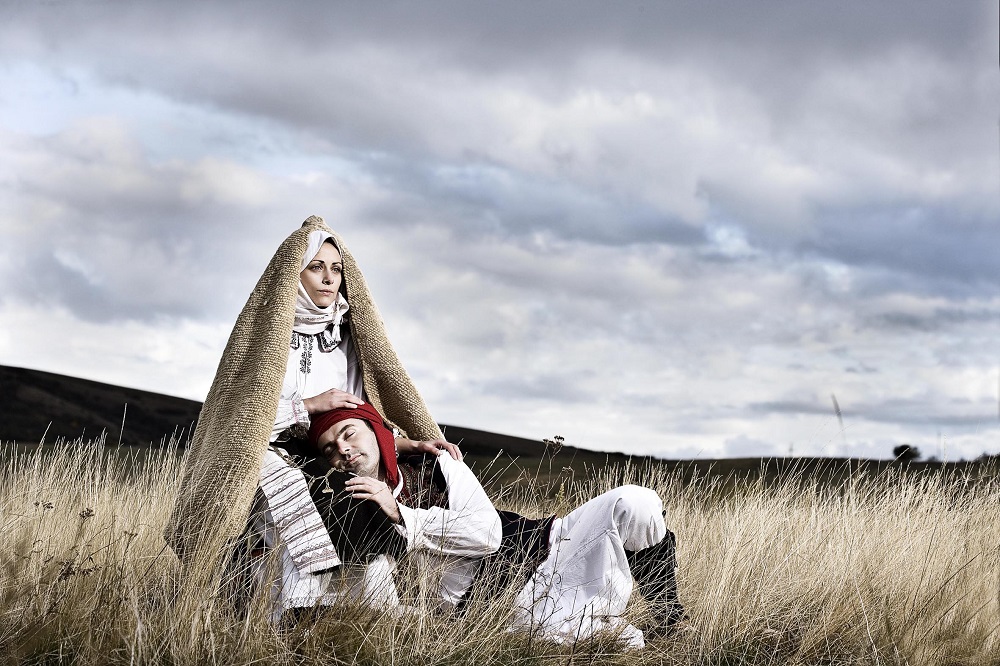 The song Šujićka Mara tells of a young woman and two young men from the village of Šujica near Tomislavgrad. Both were in love with her, and she promised to give her hand in marriage to the one who first arrived across the hill to the place where she kept her herd of sheep. In a hurry to get to beautiful Mara, one of the young men died halfway across the hill, while the other managed to get to her, but died in her lap. Seeing how she had toyed with their lives, she decided to end her life as well. 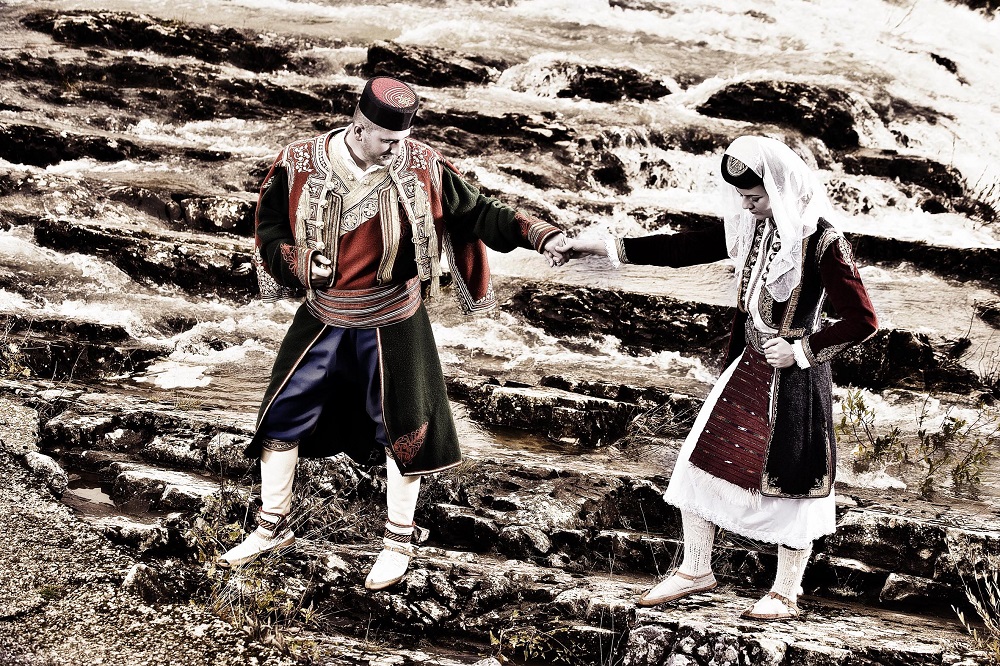 A young man and woman are in traditional Serbian dress, showing the customs of courtship from Gacko. Young people would meet at the river, young women on one side, and the young men on the other. When a young woman wished to return home, she would subtly give a young man a sign to help her across the rocks, which would also mean that she liked him. 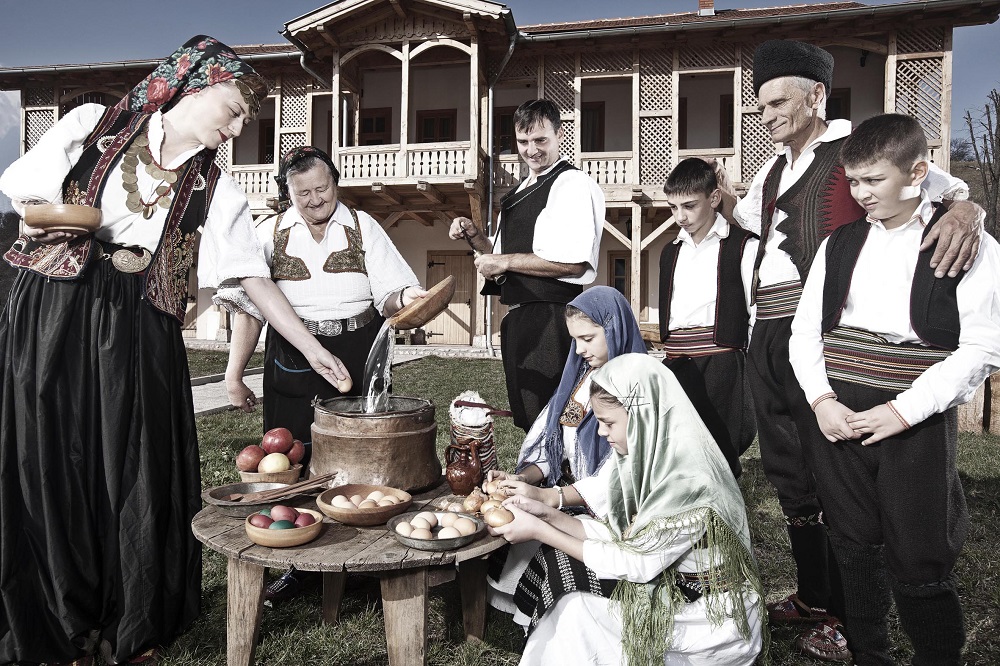 The whole family would participate in the colouring of eggs at Orthodox Easter, and it was customary to do it by hand using onions. 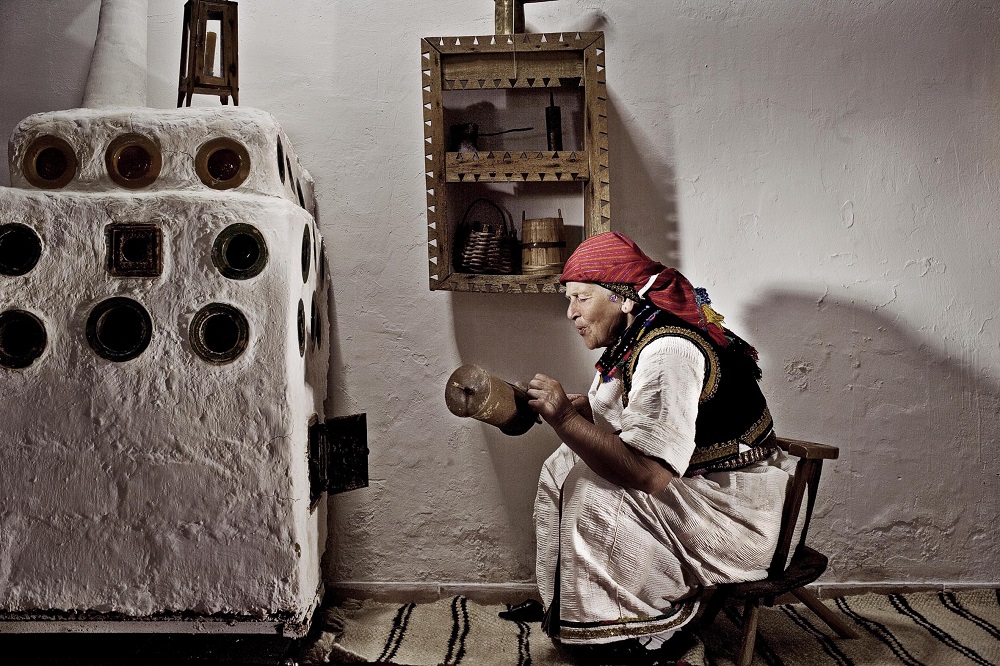