The crowning of Tvrtko I took place on October 26, 1377 in Mile, near Visoko, and this is how the independent Kingdom of Bosnia was established 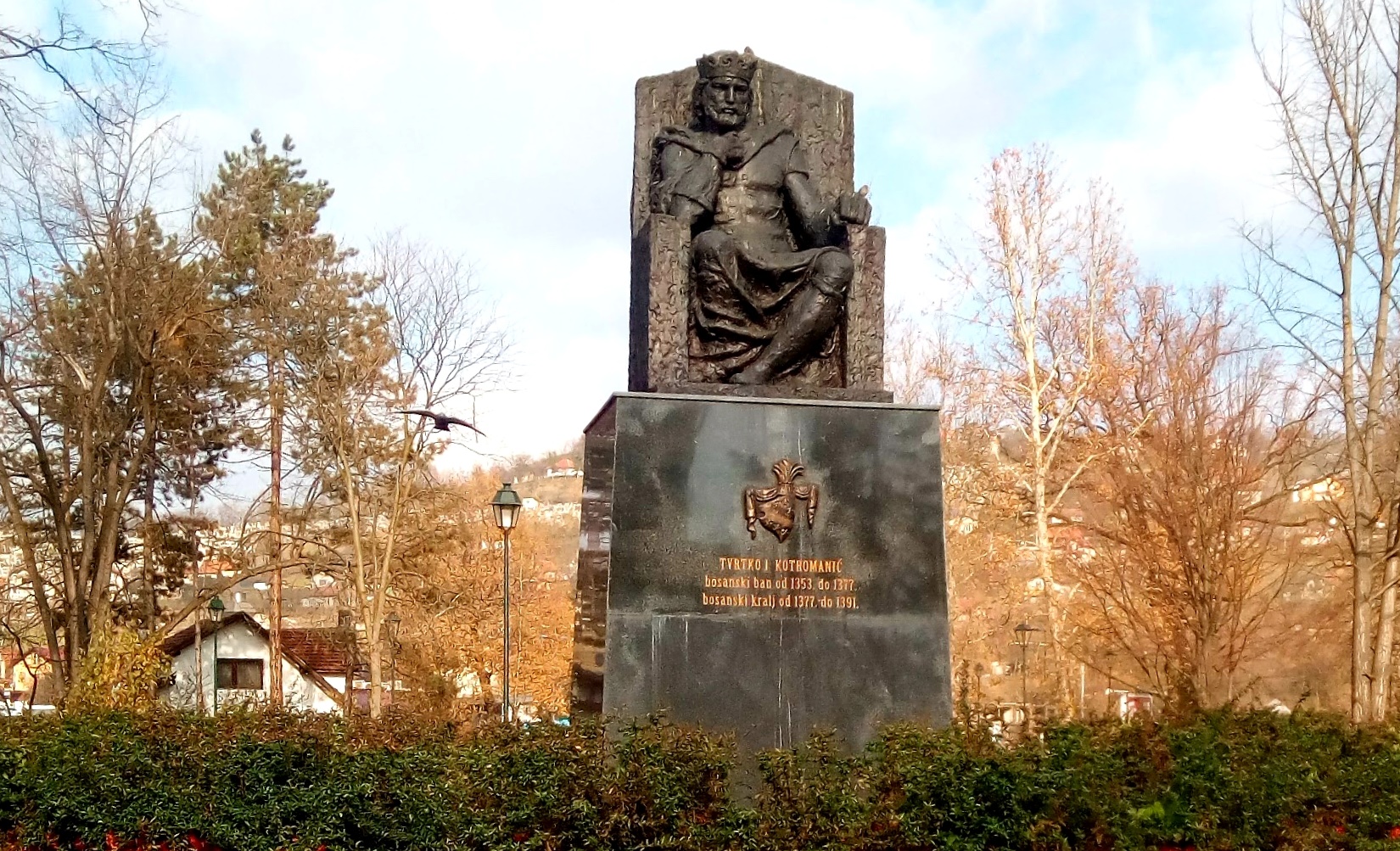 In the long and rich history of Bosnia and Herzegovina, there is a special place for the period from the second half of the 14th century to the second half of the 15th century, when Tvrtko I Kotromanić made the Banovina of Bosnia the strongest kingdom of that time in the Balkans. The Kingdom of Bosnia was established 642 years ago, when Tvrtko I was crowned. From being a boy with the title of a Ban, he became the first and most influential Bosnian king.

He was the firstborn son of Prince Vladislav, the brother of Bosnian Ban Stjepan II, and Jelena Šubić, the daughter of Jurje II Šubić, from the Croatian ruling family of Šubić, and the grandson of Stjepan I Kotromanić, and he was also related to the Serbian Nemanjić dynasty. The Kotromanić dynasty was linked to the leading ruling and aristocratic families of that time.

After the tragic death of Ban Stjepan II Kotromanić, who was mourned by people all over the country, it was not long before a new ruler was named. After a meeting of the Bosnian national assembly, the decision was made that the new ruler would be Bosniak Tvrtko I Kotromanić, who was a fifteen-year-old boy at the time; he came to the throne as a ban. The honor was supposed to go to Tvrtko’s father, Prince Vladislav, but he was very ill, so his son took over as the successor. Tvrtko then ruled as a ban  under the regency of his father, who died the following year, and Tvrtko’s mother, Princess Jelena, then became his regent.

The crowning of Tvrtko I took place on October 26, 1377 in Mile, near Visoko, and this is how the independent Kingdom of Bosnia was established, and Tvrtko I Kotromanić became the king of Bosnia, the Serbs, Primorje (the Coast) and Zapadne Strane (the West Sides). In the beginning, Tvrtko had a lot of problems with settling the relations between the Bosnian aristocracy, and outside forces constantly tried to use his youth to their advantage in their conquests of Bosnia. However, despite his age, at the beginning of his rule, Tvrtko I already showed great wisdom, which later meant that he had a great reputation in medieval Europe. Soon after Tvrtko’s reign began, the Hungarian king sent two armies to Bosnia, but he did not manage to conquer it, as the Bosnian king was determined and did not give up easily, knowing what he wanted from the beginning.

King Tvrtko I was special also because he was the first ruler of Bosnia who went on a counterattack to neighboring countries, after being the target of their attacks for years. In his conquests, Tvrtko I was more than successful. He finalized his conquest of Montenegro by taking over territory all the way to Kotor, and then he turned towards Serbia and made it to Sjenica and today’s Sandžak, when he was characterized as the king of Serbia, Bosnia, Primorje, Humska Zemlja, Donji Kraj, Zapadne Strane, Usora and Podrinje. Tvrtko also took over titles from the Serbian throne and allocated them to Bosnian aristocrats. Even though he became the ruler of Serbian territory, the Serbian church never recognized this.

The fact that Tvrtko was a great ruler and leader is confirmed by data that shows that the Kingdom of Bosnia became a significant factor in international relations, and his palace became a place of diplomatic activity of countries whose officials had to consider Bosnia as a serious participant of the events of that time. Bosnian king Tvrtko I had an internationally recognized reputation.

Tvrtko I also contributed to political stability, and there was significant cultural and spiritual progress, which made Bosnia the most powerful South Slavic country, and Tvrtko the greatest ruler in the history of medieval Bosnia, and even later. During Tvrtko’s rule, Bosnian cities developed and trade and mining flourished, and economic power is best reflected in the fact that the gold coin was four times bigger than the gold coin of the Ottoman Empire. The 24-carat gold coin was four centimeters wide and weighed 16 grams. The heraldic symbol of lilies that would become the symbol of Bosnian kings first appeared on those coins, while the next appearance of gold coins in Bosnia would happen during the rule of Stjepan Tomaš. 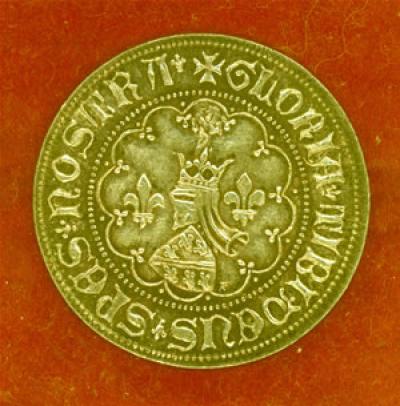 Towards the end of Tvrtko’s rule, the first Ottoman soldiers appeared at the borders, and within Bosnia. In 1389, when sultan Murat I decided to undertake a large military conquest of Bosnia, the Bosnian army was led by Vlatko Vuković at Kosovo Polje. This is how, in the manner of a great statesman, which he truly was, Tvrtko stood in defense of his country, which was under attack from great Ottoman forces in the Balkans.

Tvrtko had win after win, which put pressure on Dalmatia as well, so in 1390, the following cities surrendered to him: Split, Trogir, Šibenik and the islands of Brač, Hvar and Korčula. His intitulation meant that he was the king of Raška, Bosnia, Dalmatia, Croatia and Primorje. He died suddenly on March 10, 1391, leaving behind the kind of Bosnia he always dreamed of, great and independent. He was succeeded by his cousin, Stjepan Dabiša. 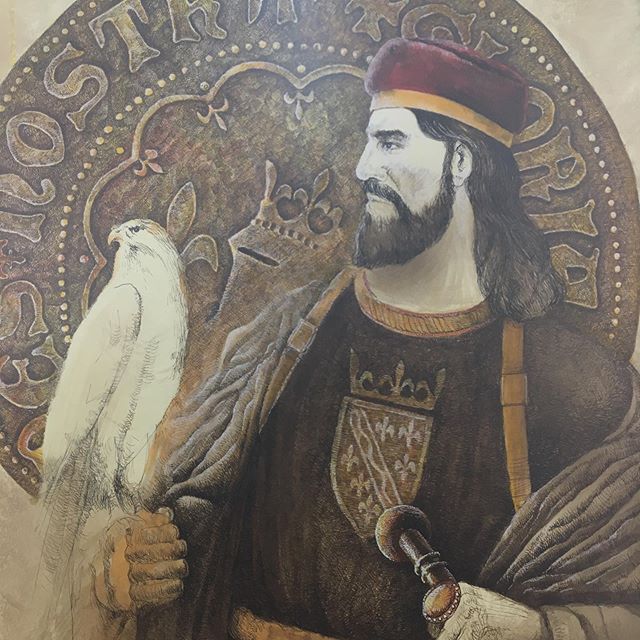 Today, there are different ways of reviving memories of the greatest Bosnian ruler Tvrtko I Kotromanić in Bosnia and Herzegovina. Apart from being mentioned in numerous songs, there are many streets in B&H cities that bear his name, as well as squares and parks where you can find sculptures of him…

Tvrtko I was a bachelor for a long time, and all the European monarchs would offer their princesses as wives, wanting to be connected to the Bosnian Kotromanić dynasty. However, in 1374, Tvrtko I married Dorothea of Bulgaria, the daughter of Ivan Sratsimir of Bulgaria and Anna of Wallachia. Their marriage was arranged by Hungarian king Louis I. After the death of Dorothea, Tvrtko entered negotiations with Austrian duke Albert III about a possible marriage with a woman from Habsburg, but the negotiations were not successful. Tvrtko had three sons, two kings of Bosnia and one aspiring king.