Home B&H Little Yugoslavia, in the heart of Europe

Understanding Yugoslavia Through its Architecture

Yugoslavia was a country of diversity, in every sense of that word. Many nations and nationalities lived across six republics and two autonomous provinces, gathered around what was considered the principal value of the communist-socialist system – the idea of ​​brotherhood and unity. That was the only ideology that could bring together so many different cultures, traditions, religions, and even languages. The reasons behind the rise and existence of such a country can most easily be grasped if its history is understood. And what better way to do that than “talking” to the “loudest” and most striking witnesses of that time found today: numerous architectural “monuments” that are almost like timetraveling machines. They take us to different periods of history and tell stories about kings, viziers, bans, emperors, and one Marshal. So join us on a trip to “Little Yugoslavia”, led by Anita Barjaktarevic, Travel Manager and Coordinator at Red Africa Travel, and witness how its landscapes and buildings most vividly evoke Yugoslav architecture from different periods. Yes, you’ve guessed it, the “Little Yugoslavia” is Bosnia and Herzegovina – a country in which all the crucial battles of World War II were fought, a country that even today hosts different nations and nationalities of Yugoslavia, and a country in which Yugoslavia was ultimately created. Due to all this, every single part of BiH is a living monument and a destination that will best testify of the historical, geographical, and architectural uniqueness, not only of Yugoslavia, but also of the entire Balkans. 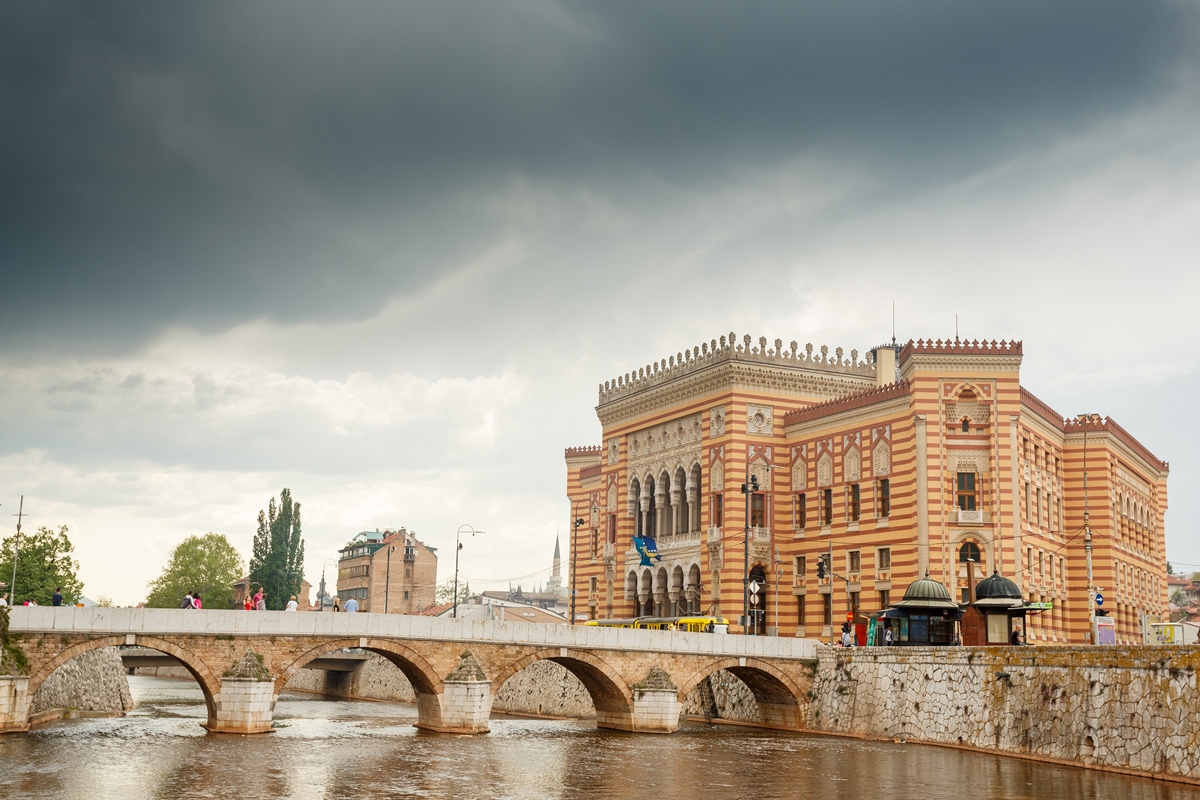 From whichever side you enter BiH, you will immediately notice the medieval fortresses on the hills of the cities. Many of them are very well preserved and tell stories of Bosnian kings and queens, but also the pashas and viziers, who used them for half a millennium of Ottoman rule. Five hundred years were enough for the most powerful empire of that time to embellish BiH with mosques, hammams, tekkes, houses, forts, and all other samples of its rich architectural tradition, bringing the Oriental spirit to this area. Ever since then, that spirit continues to mix and intertwine with the culture of the West, making BiH a precious and unique European country.

Another European force, however, took way less time to leave indelible traces of its rich architectural tradition in Bosnia. That was, surely, the Austro-Hungarian Empire, which built numerous buildings in less than 40 years – schools, libraries, theaters, but also roads, railways and trams, and a lot more. So much more that one could argue the complete infrastructure BiH is still extensively using today originates from this exact era. Then, the First World War followed, starting in the core of Sarajevo with the assassination of the Austro-Hungarian Archduke Franz Ferdinand. Ironically, this murder took place in the immediate vicinity of the City Hall, the most brilliant example of Austro-Hungarian architecture. After that comes the period between the two wars, then a new war, then a new period between the two wars, then a new war again… Some of the most valuable architectural pieces from the first years of Tito’s Yugoslavia, are probably the monuments and memorial centers dedicated to the victims of the Second World War. One of them is surely among the most significant ones, as it still proudly stands above the Valley of Heroes in Tjentište, as a reminiscent of the partisans who lost their lives in the battle of Sutjeska. This monument is the best representative of the unique beauty of socialist architecture and art in general.

In parallel with the revolutionary songs and the romantic idea of ​​brotherhood and unity, the state was being built. Factories, buildings, and skyscrapers sprang up, along with bunkers, Tito’s villas, and nuclear shelters. Despite the fact that the architecture of this period could be described as pragmatic rather than beautiful, in all of the “grayness” of socialist construction, which itself represented the ideology of equality of everything and everyone, a skillful eye could recognize exceptional beauty, quality, and dignity. The ones who want to experience the golden age of Yugoslav architecture in all its grace should prepare for an adventure and embark on a journey to the very heart of Bosnia. There awaits Zenica, a place unaware of its enormous tourist potential, built in accordance to all of the principles of a modernist utopian city. From the ironwork to the famous “lamella”, which was once the tallest building in the Balkans, the architecture of this city is the best illustration of the ambitious rise and steep fall of the social system. The constriction plan for this unjustly neglected city is still the subject of many experts’ fascination and is an essential topic in the departments of architecture around the world, from Sarajevo to Stuttgart.

“I am amazed by many things in BiH, from the incredible natural resources to architectural diversity. However, it is especially fascinating that so many open, hospitable and extroverted people live and work in “introverted” socialist buildings. People are cordial and smiling, despite the weight of the history of the place they are spending most of their time in, almost unaware of its past. This leaves a strong impression on me, maybe even a stronger one than the medieval fortress in Vranduk, the Valley of Heroes in Tjentište, Paržik’s Academy of Fine Arts, Mostar’s Old Bridge, the “socialist mosque” in Visoko, Tito’s bunker in Konjic, the Eiffel Bridge in Sarajevo and all other architectural jewels in Bosnia and Herzegovina”, said Anita, Travel Manager and Coordinator at Red Africa Travel.

All the diversity and often unevenness of Yugoslav architecture is most clearly visible in BiH, and it testifies to the turbulent past and constant socio-political turmoil and changes that characterize the entire Balkans. The rich architecture of Yugoslavia’s past is being continuously inherited by the new “empires” and political systems. One of the most recent examples of this is the fact that the American embassy is now located in Tito’s Barrack in Sarajevo. Systems are changing, but it seems as the three main rules of each “business” remains the same: location, location, location. Well, similarly, in the heart of Europe there is a heart-shaped country with a heart in its name (Bosnia and Herzegovina). It is home to people who inherit that same geography while continuing to enrich it, driven mainly by their hearts, building impressive buildings that will always nurture that one system specific for them – one of brotherhood and unity. In other words, if Bosnia were a woman, you would greet her with “Bella, ciao”. 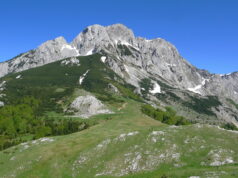