In this city everything becomes grander. Whether it is because of its famous blue-white skies or the beauty of the city, it doesn’t really matter. The residents of Munich always present themselves in the best light, regardless of whether they are in the pub, at one of their magnificent streets or at an FC Bayern football stadium. 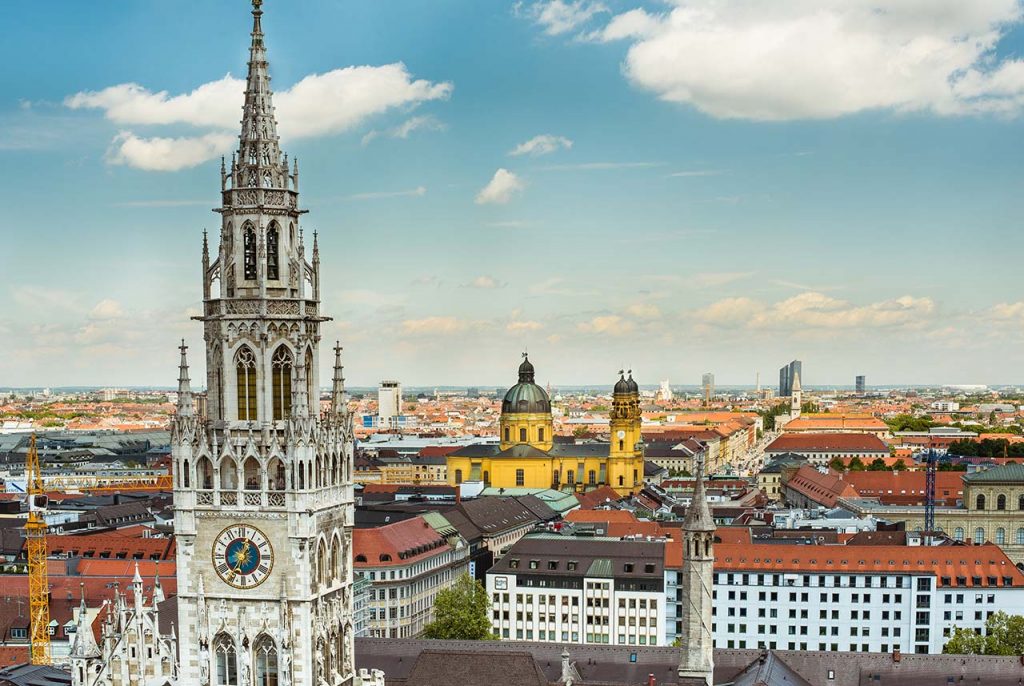 This charming, cosmopolitan city with a soul and long tradition can be called in all earnestness a German lifestyle capital.

The attractions of the city center

Munich is also home to one of the most beautiful squares in Germany, Marienplatz Square, which represents the center of the city with the old and new town hall. Their bells belong to Munich equally as much as they belong to the famous Munich restaurant iHofbräuhaus.

Wandering through the Viktualienmarkt Square is a festival to everyone’s senses, because simply everything can be found there – from old Bavarian antiques to the exotic ones. However, don’t even try to bargain with the merchants, because bargaining and trading are not the way of life for Munich people. 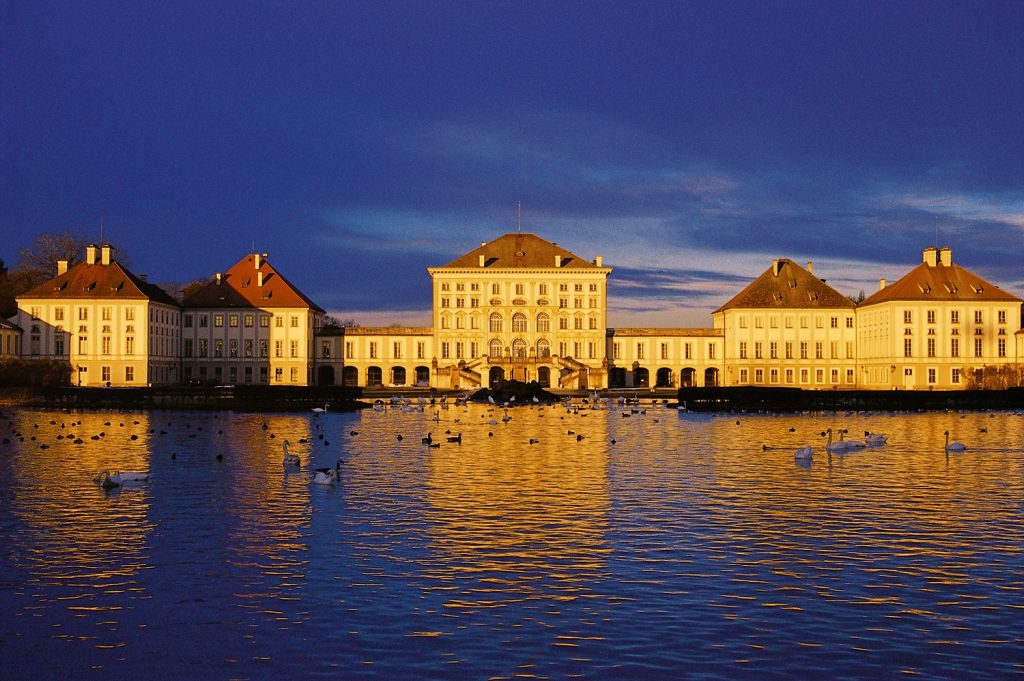 Be sure to visit the church of St. Peter in the centre, the oldest church in the county built approximately in 1302. The 92 meter-high tower of this Roman Catholic church provides a beautiful view of the city.

Strolling across the city, you will not come across a single factory, as Munich is one of the rare cities in Germany that succeeded in separating the factories from the city. 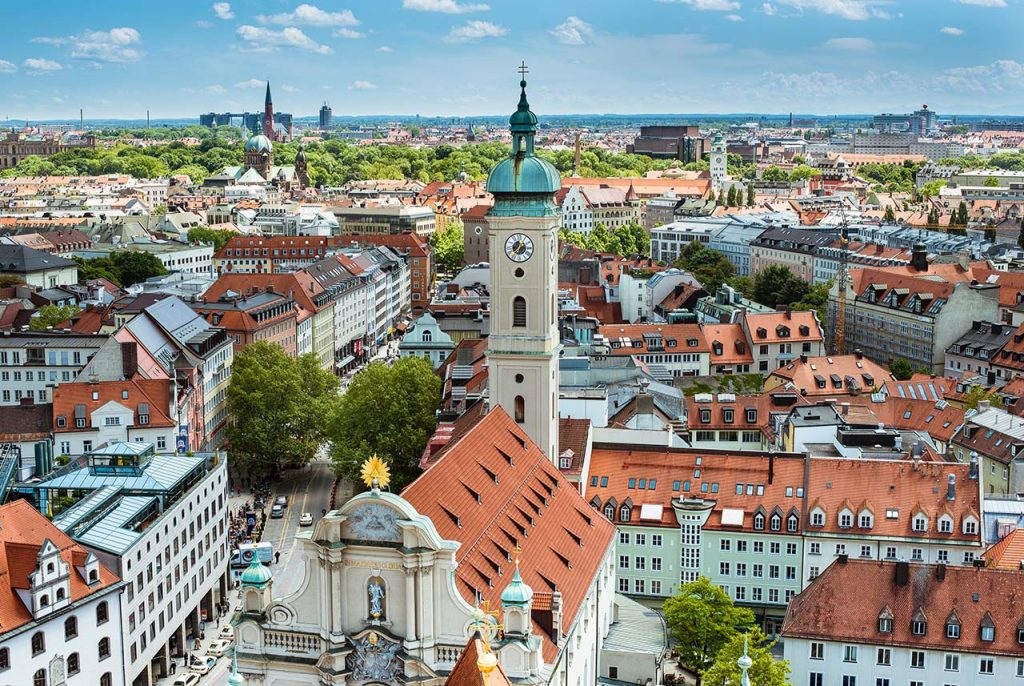 Architectural skills of emperor Ludwig I

The biggest influence on the architecture of the city was had by the emperor Ludwig I, who expanded the city and built monumental buildings. In order to protect it from the invasion of the enemy, in 1294. he built high walls, and some time later he also commissioned the erection of the towers from which the city was guarded and potential enemies observed. Ludwig I took side with Napoleon in the war against Austria and in honor of brave soldiers, he built Victory Gate (Siegestor), to this day one of the most impressive structures of this city.

Similarly archaic looking is the Nymphenburg Palace, also known as Nymph Castle, 8 km outside of Munich, in which the emperor Ludwig I lived.

Undoubtedly, the English Gardens are high on the scale of the most beautiful gardens in the world. Munich’s oasis for relaxation, situated between the Isar River and the city center, represents a perfect destination for all nature lovers, and is considered also as one of the largest urban parks of the world, bigger even than the popular Central Park in New York. It is intended for long walks and enjoying the greenery, but it also harbors many interesting objects, like the Japanese Tea House, Chinese Tower or Greek Temple. It is interesting that an artificial stream runs through the whole park, while its one part holds a mechanism for water pumping, creating waves suitable for surfing. Thus, do not be surprised if you find surfers enjoying the waves in the heart of Munich.

Munich is also an Olympic city in which Olympic Park was built for the purposes of the 1972 Olympic Games. Apart from the Olympic stadium, hall and tower, the park contains landscaped hills, an artificial lake and a communication tower.

The main Olympic stadium can accommodate 70,000 visitors. The interesting fact is that its roof made of acrylic glass collects the rain water which is used for the artificial Olympic lake. It is in this stadium that the three big Champion League finals were played in 1979, 1993 and 1997. 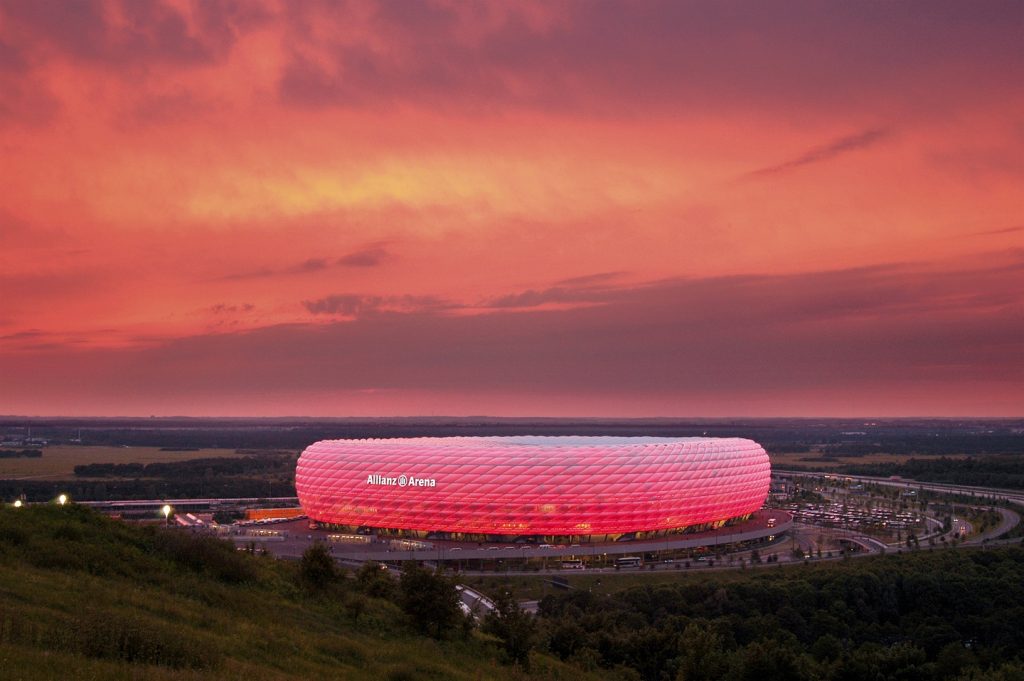 Oktoberfest, Munich’s biggest attraction and largest folk fest in the world, is on for 16 days and is held every year in the period from the penultimate week of September to the first Sunday of October. For its duration it is visited by approximately six million people, of whom 70% of visitors are Bavarians, while the remaining guests come from all parts of the world. 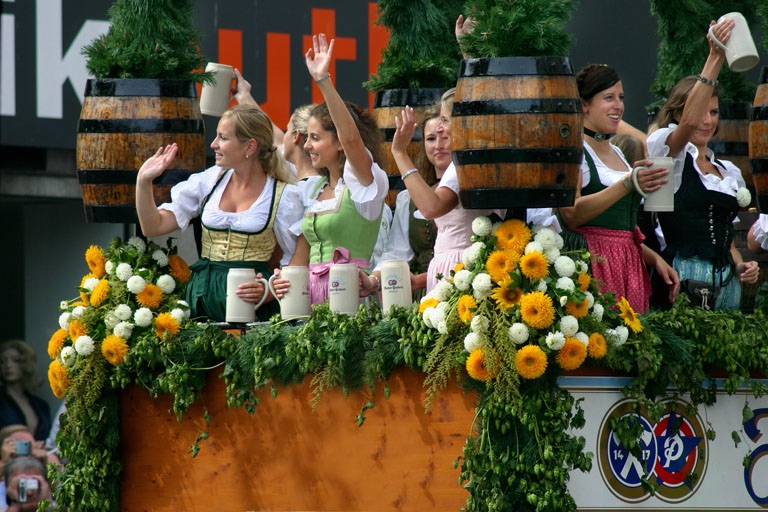