Home Success stories Samir Zahirović: The Most Successful Photographer from B&H for Three Years in...

Samir Zahirović from Tuzla has been the most successful photographer from Bosnia and Herzegovina for three years in a row and he is the first Google Trusted Photographer in our country.

Every year, Photographic Association of Bosnia and Herzegovina makes a list of the most successful photography clubs, photographers and photographs. Samir’s photo was proclaimed as the best photo of 2020 and 2018, whereas it was the runner up in 2019. This year, he also received the FIAP/b (bronze) international artistic recognition for his contribution to the artistic, i.e. the “Excellence for Services Rendered” distinction awarded by the International Federation of Photographic Art (FIAP). Moreover, he partook in the largest international photography festival—the Bursa Photo Fest in Turkey. He also won the bronze medal at the international triennial of theatre photography for one of his favourite photos he had taken during the production of the “Bosnian Church” as part of an award competition organised by Sterijino pozorje in Novi Sad.

Exhibited on all the Six Continents

He discovered his love of photography in elementary school at the age of 12. Early on in his career his main focus was on photographic reporting and war photography, portraits and architecture more specifically. He exhibited his early work in the “Tuzla—A City in Europe” exhibition, his first solo exhibition organised in Aachen in 1995. That is when one of his first photojournalism stories, the black-and-white photo depicting the first Srebrenica refugees that were moved out of Srebrenica to Tuzla by the UNHCR, which was also featured in the exhibition poster, was put on display.

His second exhibition, “Faces of Shiraz” was held in 2017 and was soon followed by two more exhibitions, “Portraits” and “Views”. He had his fifth exhibition, “The Retrospective”, at the Šolt Gallery in Ljubljana in January 2019. Meanwhile, his phonographs were displayed in more than 250 joint exhibitions around the world on all the six continents.

He received more than 250 different awards for his artistic work, 45 gold, 16 silver, and 18 bronze medals as well as 160 honorary mentions in FIAP exhibitions. He placed first 10 times in national FOTO BiH exhibitions. The honorary title of Master of Photography Candidate and the title of Photography Instructor were conferred on him by the Photographic Association of Bosnia and Herzegovina. In recent years, he specialised in 360° panoramic photography and became the first Google Trusted Photographer in Bosnia and Herzegovina.

Samir Zahirović is a member of the Photographic Association of Bosnia and Herzegovina (AUFBiH), Tuzla Photo-cinema Club, and Lucido Art Group from Lukavac. 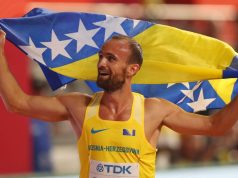