7th international investment conference under the title: “Sarajevo Business Forum – Perspectives China + 16 CEEC” took place in Sarajevo on 4 and 5 May of this year. The confence was organized by BBI Bank and the Council of Ministers of Bosnia and Herzegovina. This year’s conference brought together 1,600 participants, with 750 of them coming from 30 different countries across the globe. 250 meetings took place between entrepreneurs and investors and the conference was covered by 350 accredited representatives of the press.er 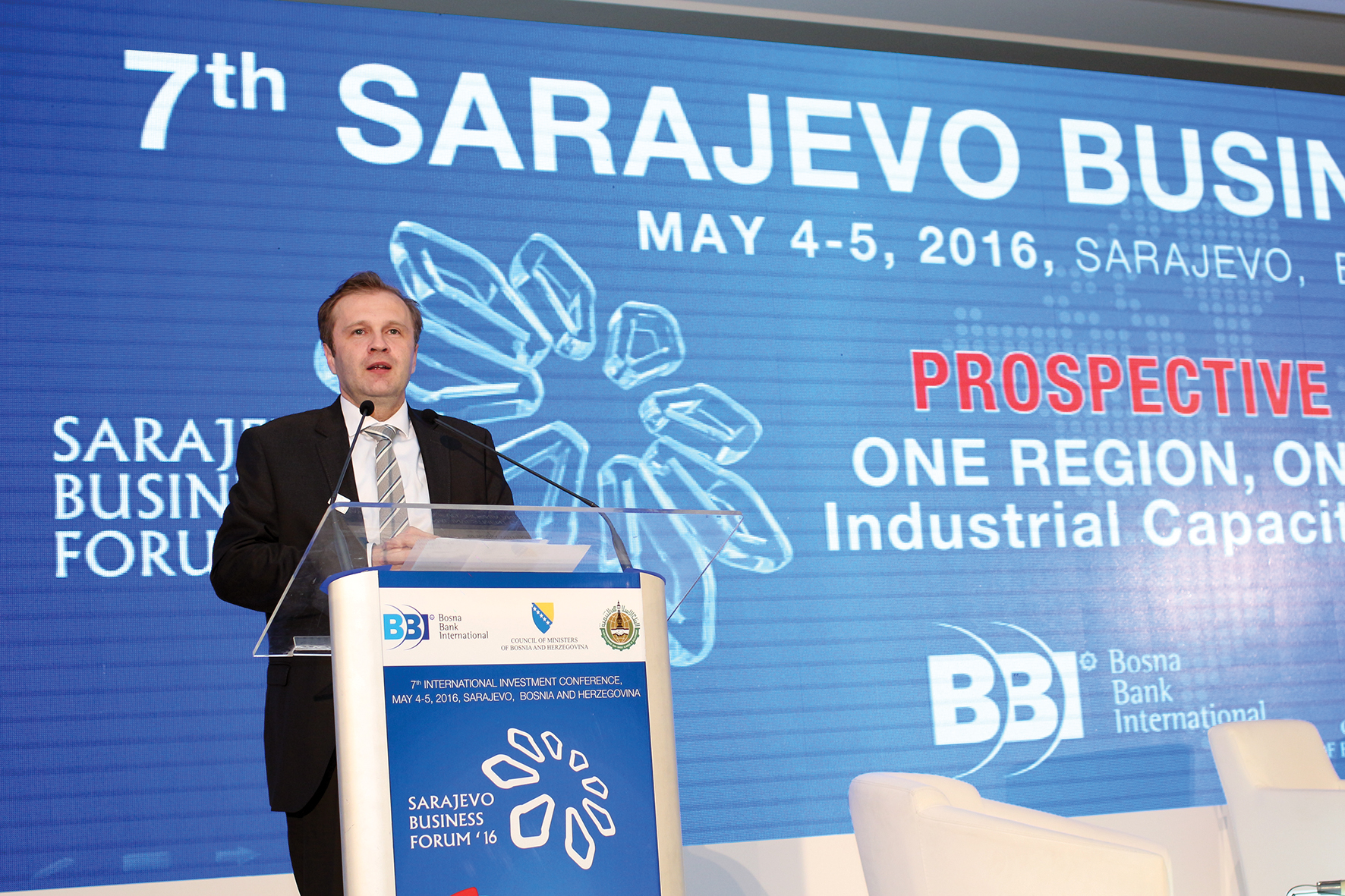 SBF is a platform for regional cooperation and presentation of potential of the region of South East Europe to influential business and political leaders from all over the world. This year’s Forum was expanded as a result of cooperation with the business forum of China + 16 countries of Central and South East Europe. As in the previous years, the Forum operated based on successfully defined parameters of the Davos World Economic Forum.

During two days of its work, the Forum highlighted how vitally important cooperation of countries of the region was for economic development and emphasised potential of the region in the area of energy and infrastructure, agriculture and organic production, as well as tourism and education.

“For the past seven years, through the Sarajevo Business Forum, BBI bank has made its contribution to creation of favourable investment climate, as a part of its social responsibility to local community and the wider region of the South East Europe. We wish to present this region to the world as one of the most dynamic parts of Europe from investment perspective. This year alone, we have hosted countless delegations, including the delegation of China (which included 150 persons), India (25 persons), Malaysia and Saudi Arabia. In addition, the Minister of Trade and Economy of Qatar participated in the forum, as well as the Deputy Prime Minister of the Republic of Turkey. Regional entrepreneurs were presented with invaluable opportunity to meet with the leading representatives of major investment funds and engage with them in discussions to present vital resources and development opportunities. This region is attractive to foreign investors for its highly skilled workforce combined with competitive cost structure”, Amer Bukvić, Director of BBI Bank stated.

SBF: Annex IV of the Agreement Signed to Fund Construction of Block 7 of Tuzla Power Plant

During the course of the 7th international investment conference under the title: “Sarajevo Business Forum – Perspectives China + 16 CEEC” an Annex to the Agreement was signed between Elektroprivreda BiH and Chinese company China Gezhouba Group Coupan and GEDI Guandong Electric Power Design Institute to the effect of construction of Block 7 of Tuzla Power Plant.

The Annex was signed by Bajazit Jašarević, General Director of Elektroprivreda BiH, and Chinese Minister and Deputy Chair of the Committee for Development and Reform in the Government of the People’s Republic of China, Mr. Ning Jizhe. It is the project guaranteeing continued operation of Tuzla Power Plant in the decades to come. The total value of the Project is 722.345.000 €. The generation power of Block 7 is 450 MWh, which makes it the biggest investment in the energy sector in BiH since the war.

In conclusion of 7th Sarajevo Business Forum six awards were presented in the following categories: Award for Social Contribution, Youth Employer of the Year, Innovator of the Year, New Business, Business of the Year and Entrepreneur of the Year. 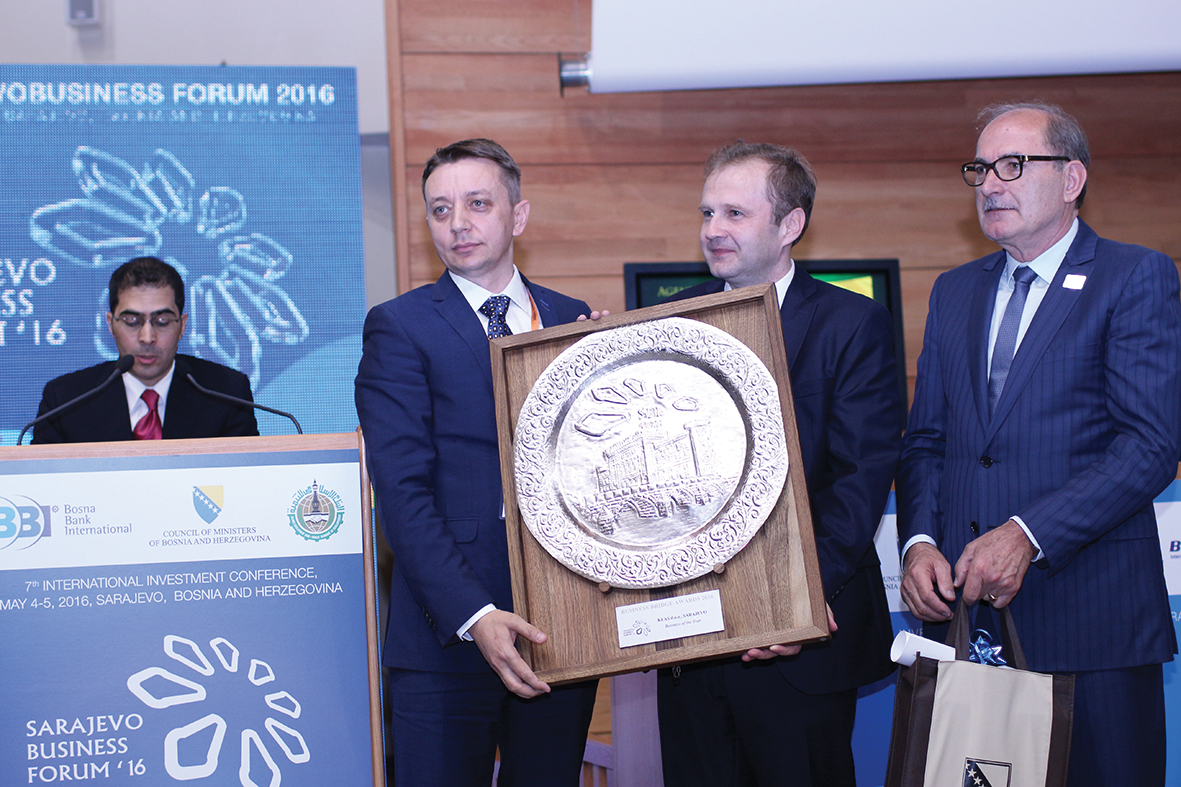