“Skaka” barbershop is one of the oldest in town. It was opened 350 years ago. It has never changed its location. It stands today where it stood for the past three centuries, in Bravadžiluk street, right behind the City Hall (Vijećnica) building. It has always been and still is owned by the Skaka family. Halid Skaka takes the readers of Furaj.ba magazine to a captivating journey to the past and back, telling the story of the tradition and customs one of the oldest families in Sarajevo is struggling to maintain in BiH’s capital.

Barbershop as the Guardian of Sarajevo’s Tradition

For most of his life, Avdo, the resident of Sarajevo, has had his hair cut in “Skaka” barbershop; according to him, for over 55 years. He had lived in Mostar for a while. Even during that period, he used to come to his barbershop for a shave and a haircut once a week. In the old days, each man in Sarajevo had a barber he went to. Today, the flame of the old trade is close to being fully extinguished, and with it, the tradition is waning as well. It is precisely for that reason that one of the oldest barbershops in town, “Skaka” barbershop, is still there, defying time. 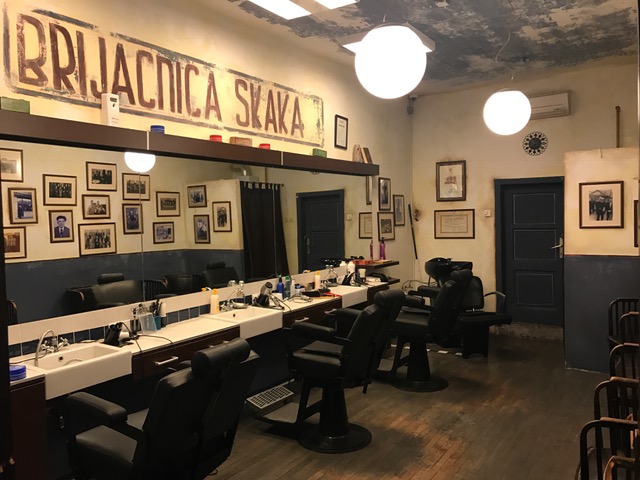 Even the members of Skaka family are unsure as to when exactly was their family’s barbershop first opened. What they do know though is that it has been in business for over 350 years. In 2016, the barbershop was renovated. The walls of the newly renovated barbershop are now adorned with the images of family members across many generations, as well as the photographs of Sarajevo’s oldest barbershop captured during the previous century. Halid Skaka, the youngest member of Skaka family is enthusiastic about keeping the tradition alive. Though he understands we now live in different times, he is committed to keeping the barbershop running, as he fully appreciates how important it is to the entire family. “Maybe the business will no longer be economically feasible, maybe people will stop frequenting barbershops and hair salons, but one thing is certain: even if we decide to discontinue the business, the barbershop will remain where it is now – operating as a museum. It will serve to remind the locals and visitors alike of how highly regarded the trade used to be in the past”, Halid Skaka explained for Furaj.ba.

City barbershops, including “Skaka” barbershop, used to be places where people got together for grooming and casual conversation. In addition to the services provided at these venues, the barbershops were the places where all sorts of topics and daily affairs were discussed. Some customers came to get shaved, some to get their hair cut, but some simply came to interact and converse with other people. Barbers were respected for their skills of performing soothing rituals in scented chambers of local barbershops. The oldest customers recall the legend of the slanted drinking fountain, spun from barbershop conversations into a legend. The only things known about the slanted drinking fountain today are that it was located somewhere in Vratnik and that it was a part of the endowment of Gazi Husref-Bey. Its name was derived from its unusual slanted position. 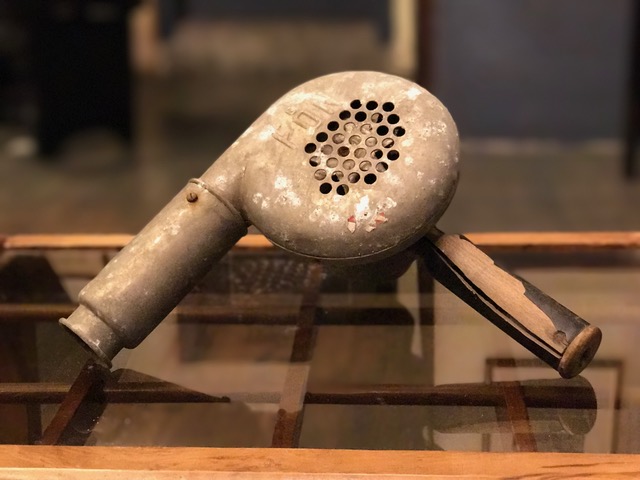 During the renovation works, a 100 years old hairdryer was found in the barbershop. It most probably dates back to 1920. Hairdryer was invented by a French stylist Alexander Godefroy in 1890. It made its way to the market in 1915. This particular hairdryer, now displayed in the barbershop as an exhibit, tells the story of this charming barbershop and its centuries old trade.

“Skaka” barbershop will continue to occupy the same place where it was first opened, to make sure that stories like this one are not forgotten and to immortalise the charm of old Sarajevo trades. The seventh generation of Skaka family will make sure of that. It will remain where it is, defying years and the way of life that has almost made the trade obsolete.