It took just one careless jump into the sea to change the life of then 23-year-old Slaven Škrobot from Zagreb in a second, paralyzing him from the neck down.

The accident happened 10 years ago on the island of Krk. It was just an ordinary day at the beach, when Slaven and his friends decided to jump off the pier. One after the other, they jumped. Slaven was the last to jump and he was almost certain that the coast was clear, however, his friend was in the way and he saw him emerging in that moment.

Slaven moved his arms, so that he would not hurt his friend and hit his head against his thigh and broke his neck, or more precisely, his fifth cervical vertebrae. Luckily his friends realized that he was not fooling around, as he remained afloat on his stomach, so they took him out of the water. Upon arrival to hospital, he lost consciousness and after that his year-long rehabilitation in hospitals began. After a long and difficult recovery, Slaven became wheelchair-bound, and he had to start his life over again.

In order to stop having negative thoughts, he decided to travel, and wrote his first travelogue, for which he received an award. Today, Slaven is a world traveler, who wants to show that life can be just as good and as fulfilled even in a wheelchair. 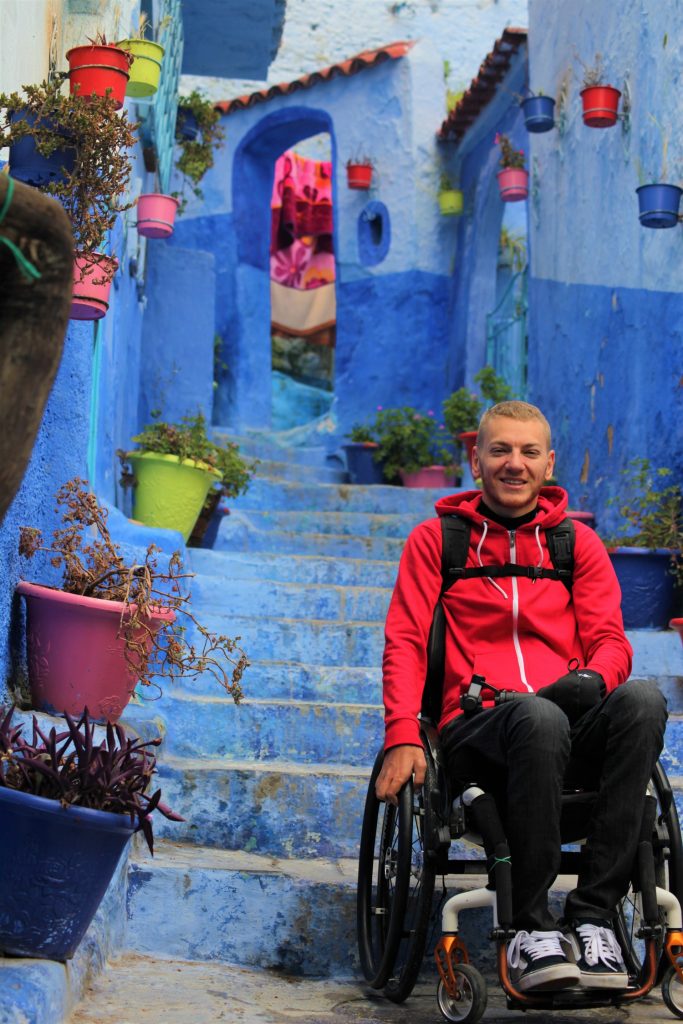 He has been to Morocco, Zanzibar, Tanzania, Russia… and soon he is planning a trip to far-away Australia.

– My story with traveling started after my injury, when I was spending time at home lying around, looking at photos of my friends who were traveling, skiing and going out, so I wanted to change something. So, I mustered up the courage to go on my first trip, to Sarajevo. That is a city that left an impression on me and I had a good time. The people were some of the best I’ve come across on my trips, absolutely everyone wanted to help me. Then there was Madrid, and after that I traveled through most of Europe. During these trips, I realized that I wanted something more, to go somewhere further, that’s more extreme and exotic.

Given his adventurous spirit and the fact that he loves deserts, the Middle East, their culture, architecture and history, Slaven decided to go on a trip to Morocco. For him, this trip was quite a step out of his comfort zone and he did not know what would await.

– It was the best option as Morocco is a wonderful country, it’s not big, it’s not far, it’s cheap, exotic and has absolutely everything that I’m interested in. Along with that, it even has a desert! Morocco fulfilled all my expectations, so I put all my experiences and emotions into a travelogue, which won an award in a competition with 300 entries. I won two return tickets to Australia, where I hope to go towards the end of September. Currently, I try to portray what I’ve experienced to people in the best way through photographs with descriptions. I’m preparing travelogues, and one day maybe there’ll be a book as well.

After his first award, a lot of people contacted Slaven, encouraging him to continue to write about his adventures, so he decided to create a Facebook page and Instagram profile. What followed were more trips to Tanzania, Russia and Jordan, and now what awaits is the biggest challenge and the hardest trip to far-away Australia.

THE WILL TO LIVE

If you meet Slaven, you get the impression that he is a person full of positive energy and the will to live. A former athlete and student of economics, a young man who used to lead a very active life, after the accident, he found a way to find something positive even in negative things and to focus only on that. He says that he was always a positive person, but that credit goes to his friends and family for his recovery, as they provided him with constant support.

– When you have an accident and end up in a wheelchair, your life can turn upside down in a second. You can forget about anything that you had or used to do before the accident. You have to „re-learn“ your body, what you are able to do and you have to find yourself in something, as everything becomes restricted. It is hard, but I am lucky that some things came together for me, while unfortunately many people don’t have that luck. I found myself in music and traveling, that is something that gives me fulfillment and makes me happy.

By nature, Slaven is a very considerate person and he says he loves to help people, so he is happy to give advice and try to help wherever he can.

– It makes me very happy if I see that I’ve really helped someone. I would advise people in my situation to try and think positively, even though that’s not easy, to try different things and to find themselves in something, something that will fulfill them. It doesn’t matter whether it’s a hobby, sport or work. A healthy and positive mind is the key to a happy life.

After his injury no one wanted to travel with Slaven, but now the situation is completely different. He mostly travels with his girlfriend Gabrijela. Sometimes they go alone, but very often some of their friends or family come along. When they are going somewhere far and exotic, they prefer it when there are more of them, to make things easier for Slaven. The preparations for the trip are mostly long, says Slaven. He does a lot of research, reads, negotiates and queries. His preparations take at least a month, but he says he loves and enjoys doing it.

When it comes to his wheelchair and accessibility, Slaven finds that information on some destinations that are further away like Africa and Middle Eastern countries are rare and hard to find, and adds that it takes a lot of research and assistance if you want to experience that destination.

– In Europe, America and Australia most places are accessible, information is available and it is easy to get around. I loved Berlin, where if you wander through the city, you see at least fifty people in a wheelchair on a daily basis. That says a lot about the quality of life of people with disabilities who live there. Everything is flat and accessible. In Madrid, for example, all the buses are accessible, even the intercity ones. At more exotic locations, things are quite different. 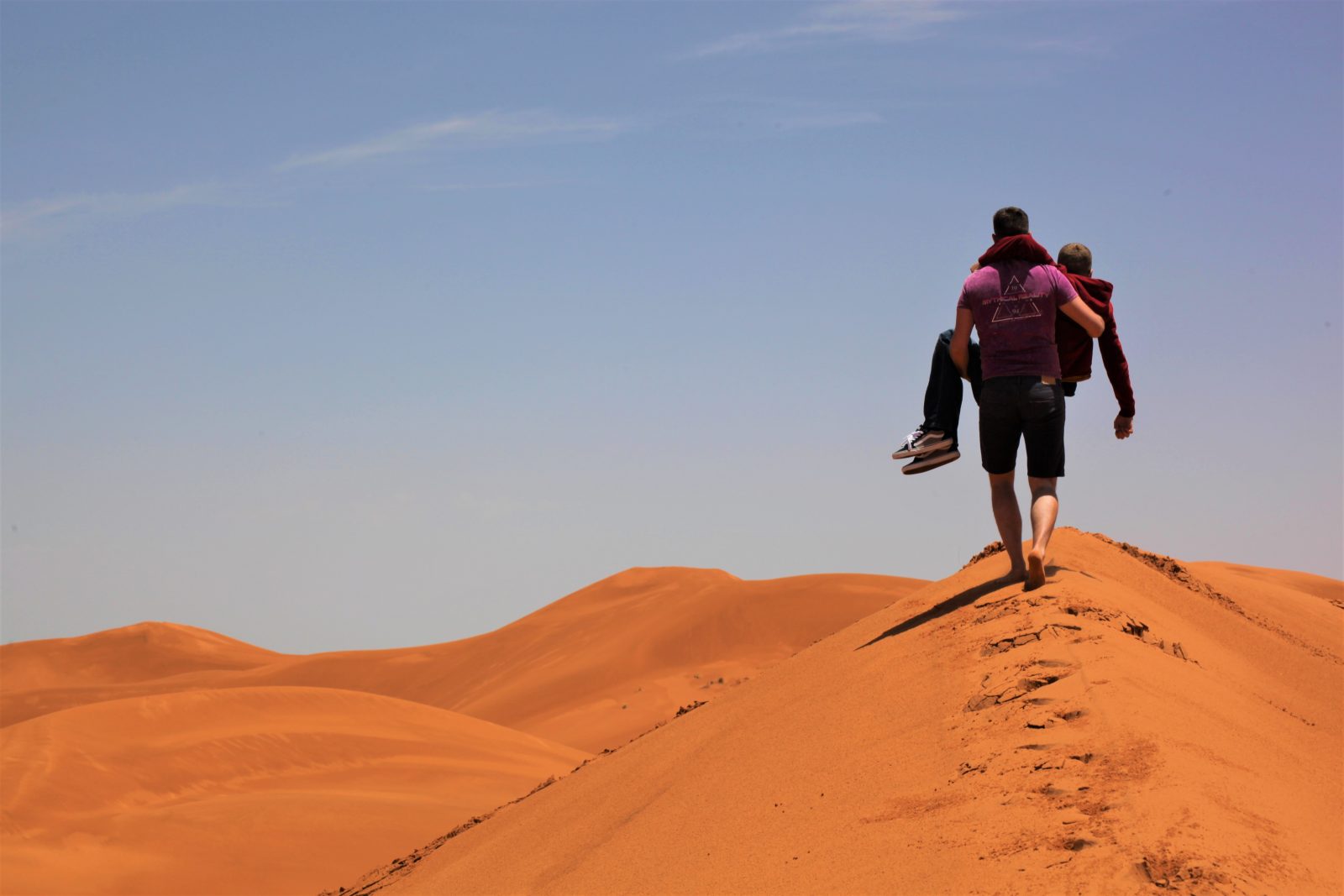 If he finds himself at a location which is not accessible to people with disabilities, and he really has a desire to see it, Slaven and his fellow travelers always find a solution. Slaven says that one day he would love to travel the world, and he would especially love to visit Iran, Namibia, Iceland and Southeast Asia.

– If we are on our way somewhere, to something that I don’t really have to see, and there are a lot of stairs, then I wait for my fellow travelers and tell them to take photos for me. If something is a must-see destination and it is possible to get there with assistance, then I go! We figure everything out, but given that I do a lot of research prior to a trip, then I know what awaits and what my options are. 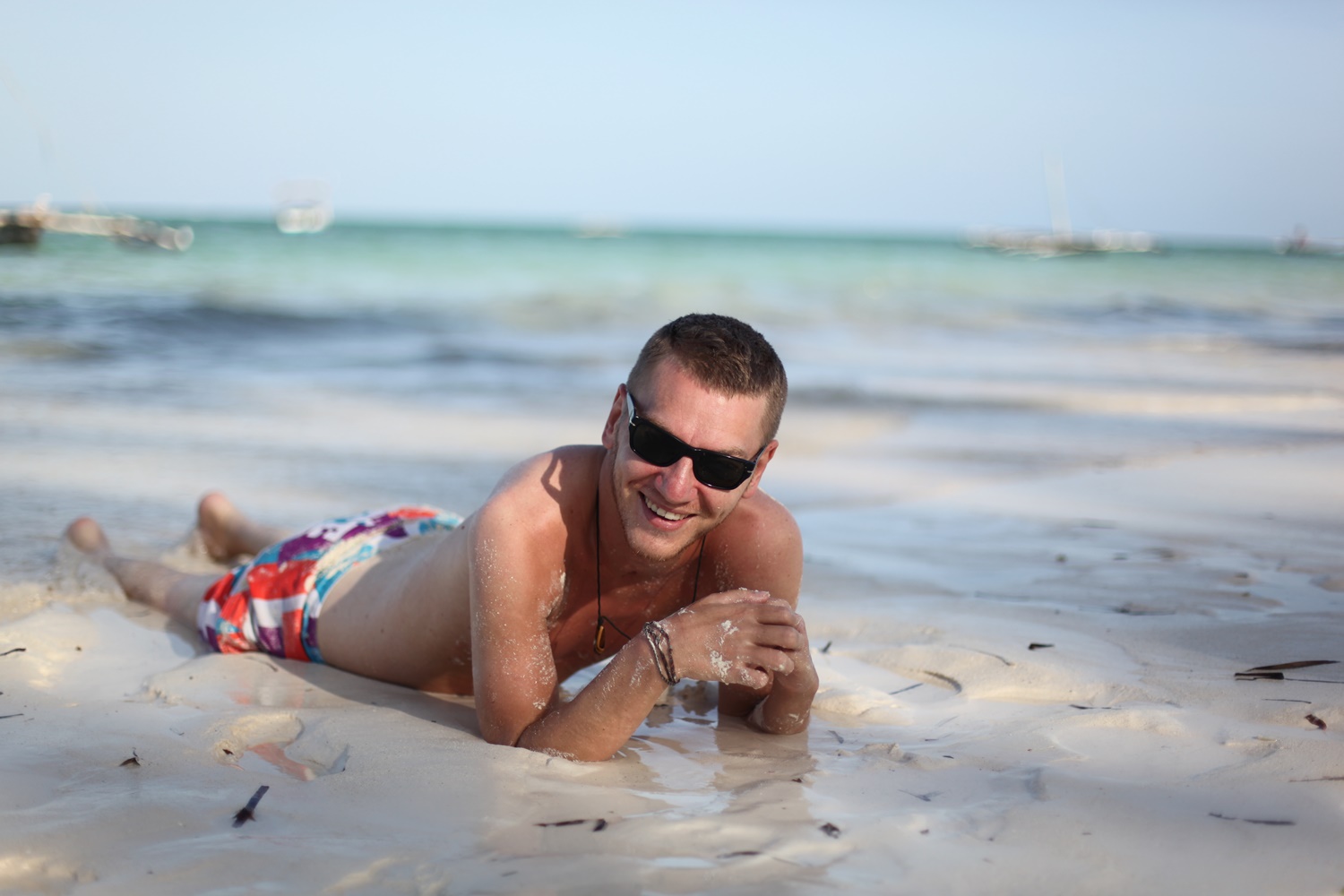