As the road through Herzegovina unfolds beneath your feet, you will get to a small town which emerged on the banks of the Bregava River, the town of Stolac. The mere mention of its name evokes the familiar mental images of history, culture and Mediterranean climate; the very three things that made it stand out as one of the most attractive places to see in our country. 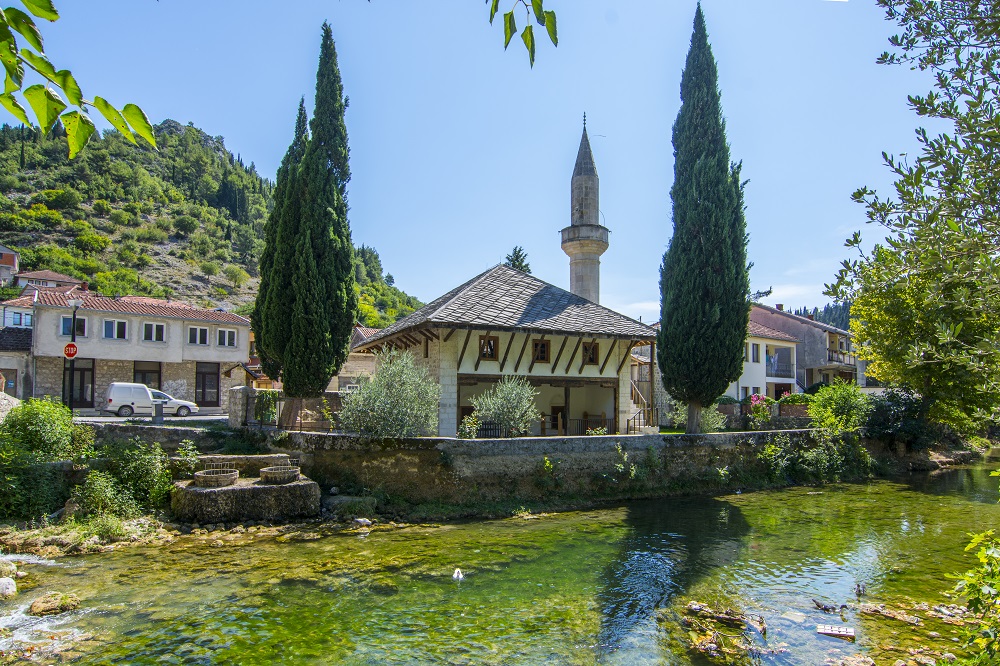 Those who decide to visit during summertime will be able to enjoy the comforting warm summer breeze bringing hypnotising fragrance of the Adriatic, as they stroll down the Bregava riverside. Just imagine this: sweet flavour of fresh figs, calming shade of canopies, soft rustling of countless greenery, and coming from a distance – clamour of swimmers, enjoying nearby beaches, so inviting that all you can think of is finding refreshment in crystal clear cool water. The most popular beaches these days are Kreševac and Kukavac, where, despite smooth and slippery bottom, town people enjoy impressing the crowd with their diving abilities, as they plunge and twist into the cold water beneath. Another popular town beach is Pjene, famous for particularly cold water and small waterfalls which can serve as a good place to hide from the scorching sun of just play in splashing water. 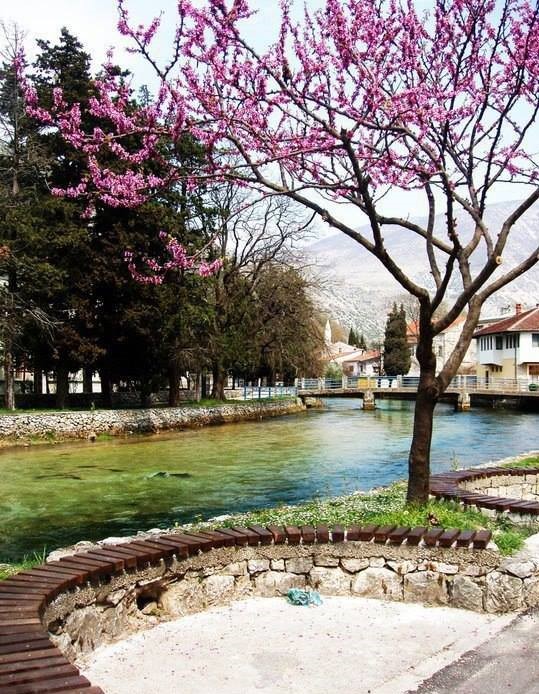 One gets the impression that most adults and children prefer the beach in Begovina (Beys’ Estate), residential compound and the acclaimed national monument, protected by the state. Begovina, one of many attractions of this Mediterranean town, where the continuous presence of human communities dates back to as long as 16,000 years ago, was built by the aristocratic family of Rizvanbegović, during the reign of the Ottoman Empire. It forms a secluded array of residential buildings with inns and spacious gardens. During the war, Begovina complex was destroyed. Its reconstruction is ongoing.

Welcome of the Stone Sleepers

The remnants of history are scattered all over the town and its surroundings. If you come from the direction of Mostar or Čapljina, you cannot enter town without passing by Radimlja necropolis, featuring medieval tombstones. This widely acclaimed historic site is also a national monument. Situated right by the road, Radimlja features an impressive collection of 133 tombstones with 63 of them decorated in different motifs, which include decorative patterns, elaborate symbols of the cross, images of humans and animals, grapevine patterns, images of hunting and a famous image of a man with extended arm and open hand. This image is thought to symbolise greeting and welcome. Perhaps it is because of that image, that travellers arriving to this area experience kindness of their local hosts. 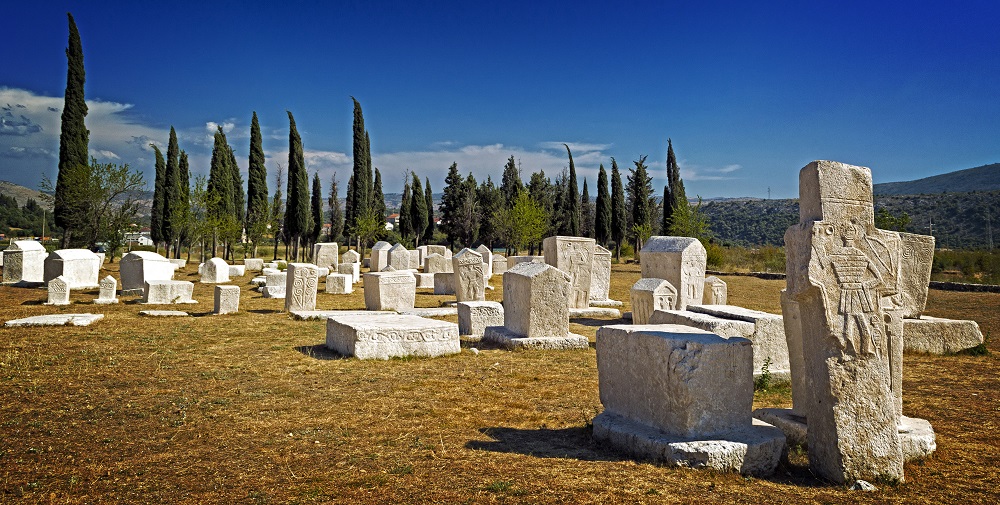 Traveling up the hill of Ošanići, you will get to the archaeological site of the ancient town of Daorson, which used to be the capital city of Daorsi, Hellenised Illyrian tribe which lived in the Neretva valley between 300 and 50 BCE. Overlooking Stolac, the tribe had built its megalithic settlement with acropolis, a national monument today, surrounded by an astounding cyclopean wall built entirely of massive stone blocks, protecting vital administrative, public and religious facilities inside. This defensive wall was 65 metres long, with gates and towers on both ends. The currency found at the site serves as the testament of independence of Daorsi tribe and their developed trade, culture and commerce.

The currency found, represents just a small part of the treasures discovered at this archaeological site. As Daorsi used Greek language and alphabet and engaged in constant trading exchanges with the Greeks, many remains of wine amphorae were found, together with some exquisite specimens of fine pottery. In addition, the remains of granite sculpture of Cadmus and Harmonia were found there as well, together with Illyrian relief featuring thirteen serpents and five pairs of eagles’ wings. However, the bronze helmet decorated with images from Greek mythology, such as Aphrodite, Nicos, Helios, Dionysus, Muses and Pegasus, to name a few, stands out as the most valuable artefact. 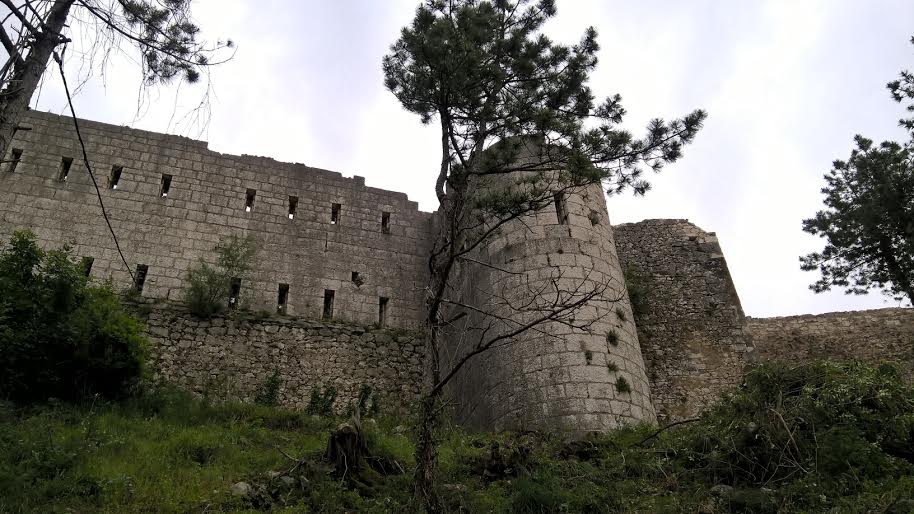 The historic area of the Old Town of Stolac, a defensive structure among the largest medieval structures of this type in Bosnia and Herzegovina, is yet another national monument to be found in this area. Fortified by a chain of stone towers and walls on the hilltop overlooking the town, it offers a fantastic view of the town, the Bregava river, Komanje and Ošanići hills and Hrgud Mountain. The building method employed, suggests this structure was built in several stages.

The Old Town has its underground water tanks, flour silo, residential buildings and a mosque, which was destroyed in 1906, leaving no more than a ruin behind. One can only reach the Old Town on foot. Reaching central part of the structure will demand considerable physical fitness, but if you are not in shape, you can still make it up, provided you make several breaks as you climb. Make sure you bring plenty of water for refreshment. Also, light footwear would be a smart choice.

Those of us educated in BiH will probably recall history lessons about Badanj cave, which features the oldest cave drawing found in our country, engraved in a rock. This cave is located in Bregava Canyon, about 45 metres above the riverbed. It dates from the early Palaeolithic era, between 13,000 and 12,000 BCE. The site was discovered in 1976. The drawing is thought to represent an image of a horse being hunted down. The drawing technique is far from perfect, which was not really important for its author or his contemporaries. What is important though is that it illustrates the process of animal taming and mastery of one’s surroundings.

The Destiny of Mosha Danon

If you crave refreshment, the best place to get it is in one of the local cafés downtown. Local residents will be delighted to give you directions, just stop and ask.

One more thing… Make sure you do not leave Stolac before you visit another national monument located just two kilometres away from the town centre, on Mt. Krajšina, to be exact. It’s the final resting place of Mosha Danon, who was highly esteemed member of the Jewish community and a rabbi who served in Sarajevo in the early 19th century. According to information provided by the National Monuments Commission, he was even appointed a Grand Rabbi in 1815. About 15 years later, as the local circumstances worsened for the Jewish community in Bosnia and Herzegovina, he took off on foot determined to reach Palestine and The Land of Israel (Eretz Yisrael) to die and be buried in the Holy Land. He died long before he reached his destination, and was buried right where death had found him. His tombstone was placed by his compatriots, ten years after he died, when the grave site became a destination of pilgrimage of Sephardi Jews from BiH, but also from other countries where Sephardi Jews lived.  Some of the pilgrimages were captured in old photographs, dating from before Second World War, showing huge crowds of people, gathered around the grave site.

As you can see, Stolac is a proud home of countless stories of the days long past. So, if you do decide to visit, make sure you take with you something Winston Churchill said long ago: “Study history, study history. In history lies all the secrets of statecraft”.