Home B&H The Blagaj Tekke – A Mystical Place of Worship

To love all beings for the sake of the Creator, the message behind the tekke, speaks about why the tekke won the hearts of all world travellers. It turns out the secret is in love.

This is where the dervishes glorify God. Here they had done it with such intensity and devotion that the Blagaj Tekke had to become a place which would attract people’s souls from different corners of the world so intensely. That is why no informed visitor would ever miss the opportunity to see it, regardless of their religious worldview.

A gift which wins people over at first sight

Everyone is in search of peace, and peace is the first thing that you feel upon entering the mystic tekke’s gardens. The tekke is deemed to have been founded shortly after the establishment of the Turkish rule in 1446. However, it was mentioned for the first time in Evlija Čelebija’s Travelogue (Putopis). He wrote that he passed through this area in 1664 and that “the Mostar’s Mufti Efendi built a tekke of the Khalwati order along the cliffs of the Buna River in which the dervishes lead friendly conversations and scientific discussions”. 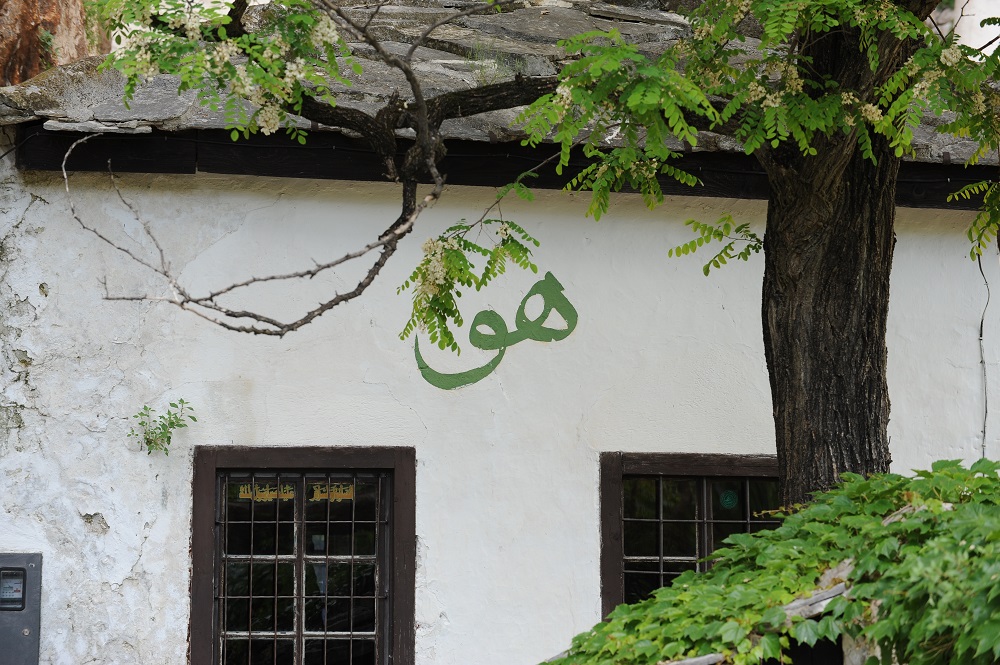 It is special also because of the location on which it came to life. This unique natural environment near the Spring of the Buna River (Vrelo Bune), which springs beneath a 200-meter long cliff, delighted a Turkish sultan who issued the order to begin the construction of the tekke. The tekke is one of the key tourist attractions of our country. 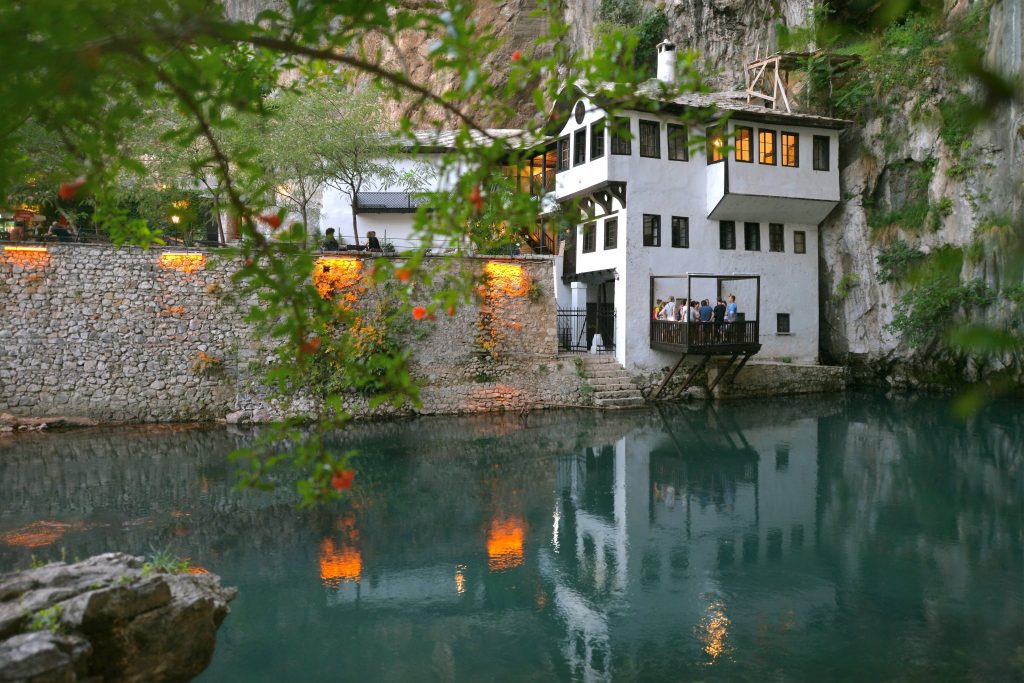 Its history tells us that it was reconstructed three times. The last time it was reconstructed occurred five years ago and it regained its former appearance. Dervish orders, such as the Bektashi, the Khalwati and the Qadiri order, had been active in the tekke before, and in the recent times, it has been led by the deputy Shaikh of the Naqshbandi order. 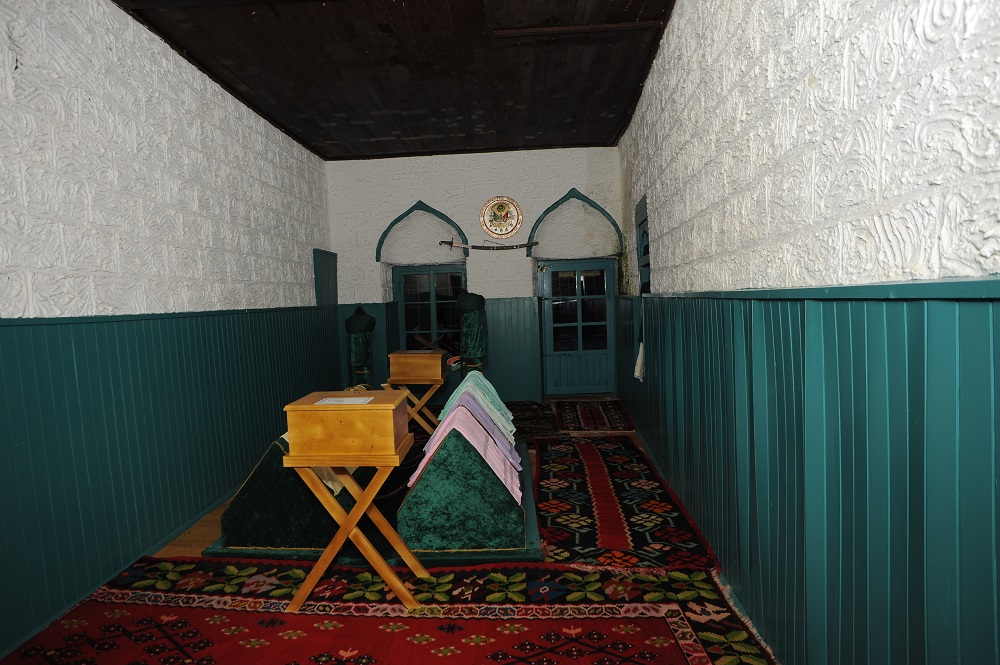 The tekke shelters a mausoleum with two graves covered by a thick woollen cloth, and it is believed that Sari Saltuk and Ačik-baša, who are the figures from interesting folk tales, were buried there.

The interior of the tekke reminds of the typical old Bosnian rooms from times long gone. Its dome is a timeless ornament decorated with mostly star-shaped coloured glass. It seems to say that each man who walks under the blue sky shines in his own way, in a multicoloured God-created garden, in which each man has the opportunity to show the best version of himself. 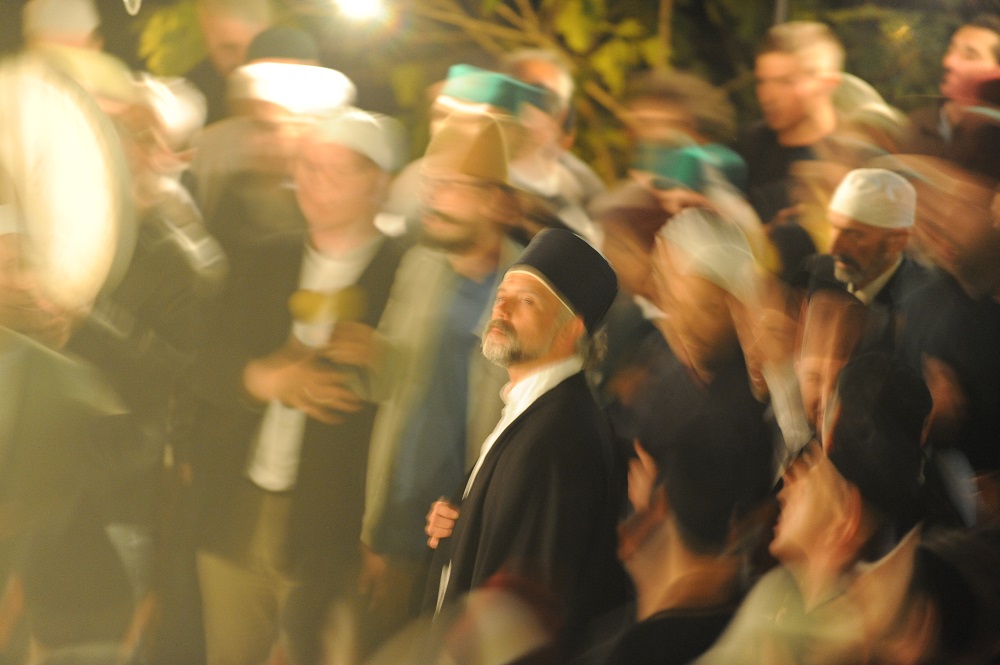 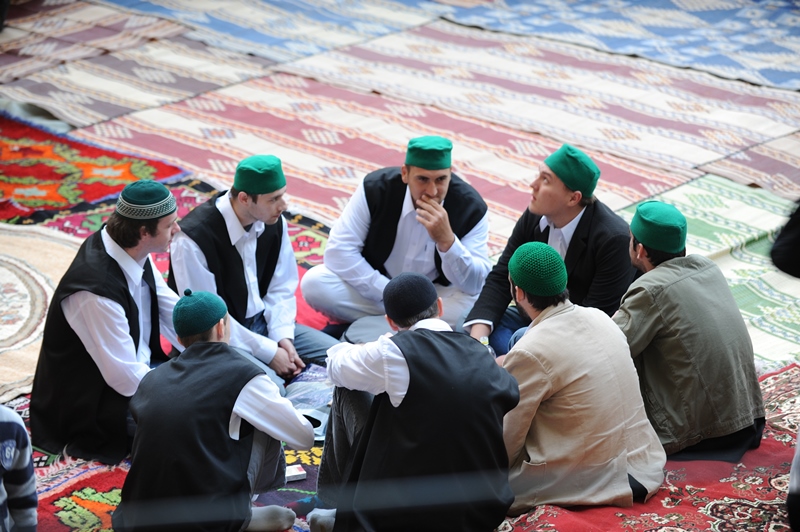 At the spring of good energy, with a view of the Spring of the Buna River, everything in life becomes different. Awaken your senses with the invigorating aroma of a steaming cup of freshly brewed Bosnian coffee. Should you get hungry, you can satiate your hunger in one of the neighbouring restaurants offering, among other things, specialties made of fish from the Buna River.