A town that boasts 88 national monuments is so stunning that on one occasion painters came to a conclusion that it just needs to be put in a picture frame. 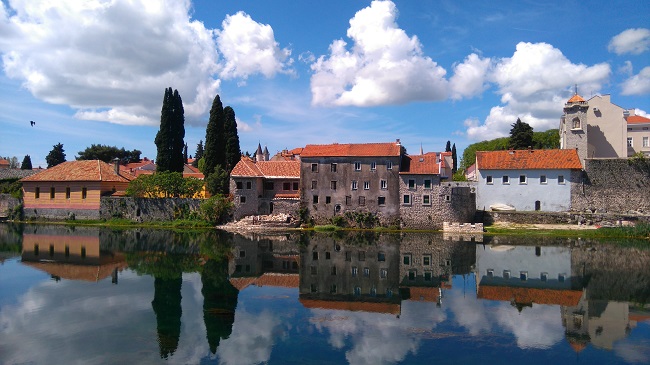 Trebinje is situated in the Trebišnjica River valley, at a tripoint of B&H, Montenegro and Croatia. It is one of the most beautiful destinations in Bosnia and Herzegovina and its southernmost town.

Coffee Under the Shade of Centennial Platane Trees

Those who remember how Herzegovina’s wonderful old town areas looked like 30 years ago will be overjoyed when they come for a visit and realize that Trebinje has managed to hold onto the spirit of old times. In a small area, with a touch of the Mediterranean, in different parts of town you get to see how intense social ties are. Passers-by casually chit chat with each other, nearby cafés live their life and so does the open-air farmer’s market where tradesmen and customers exchange their stories. Trebinje also features a unique terrace under the shade of centennial platane trees that crowds frequent during the summer season.

But, apart from the sweet charm typical of old and small towns, Trebinje, which is divided in half by the subterranean river Trebišnjica, is adorned with a number of important landmarks. As you stroll around Trebinje, you are going to pass through the Old Quarter bearing Oriental and Austro-Hungarian architectural elements as well as the characteristics of Social Realism. Not far from the Old Quarter’s main gate Osman Pasha Mosque is located; it is the endowment of Osman Pasha Resulbegović upon whose order a maqtab (Muslim primary school) and a madrassa (Muslim secondary school), the first educational institutions in Trebinje, were built next to the mosque as ancillary buildings.

A top tourist attraction in Trebinje is the Museum of Herzegovina, which was founded back in 1952 owing to the idea of Jovan Dučić, the most renowned Trebinje-born poet and diplomat. A valuable art collection featuring his work is, among other works of art, on permanent display at the museum and represents its legacy. Jovan Dučić was buried in the Church of the Holy Annunciation, inside Herzegovinian Gračanica, erected on the Crkvina hill above Trebinje which offers beautiful views of Trebinje. 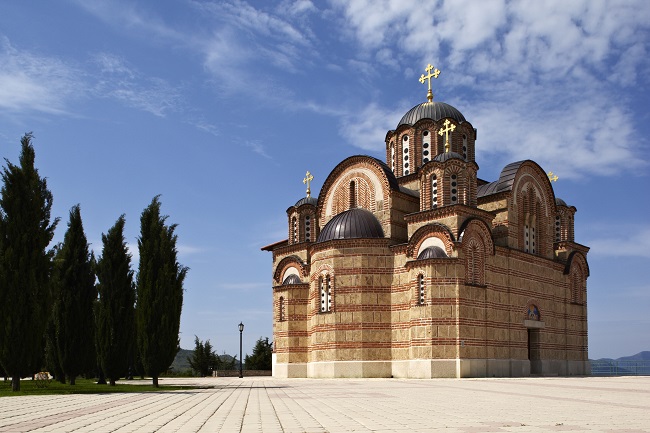 High on the list of the oldest buildings in Trebinje is Arslanagića Bridge, the endowment of Mehmed Pasha Sokolović, and close by there is a church next to which Squire Grd, governor of Trebinje, had been buried; some say that his remains lie under the most famous known medieval tombstone in B&H.

In the vicinity of Trebinje there are other renowned edifices to be explored too, such as the far-famed medieval Orthodox Christian places of worship. They include the Monastery of St. Peter and St. Paul in Petrovo Field which is run by nuns, Zavala Monastery dedicated to the Presentation of the Blessed Virgin Mary situated on the edge of Popovo Field, Duži Monastery whose church is dedicated to the Protection of the Blessed Virgin Mary, and Tvrdoš Monastery, the seat of the Zahum-Herzegovina and Primorje Eparchy.

By coming to Trebinje, you will not only familiarize yourself with the history and culture of one of Bosnia and Herzegovina’s most important towns, but also discover new places – picnic spots such as Lastva, Jazina, Ubla and Studenac, and feel how abundantly inspirational the spirit of the south is.