From ancient times, people have been coming here from all over the world and Travnik residents have always greeted them with open arms

Due to the magical surroundings of Šumeće stream, Plava Voda (Blue Water) is one of the best-known places in the vizier town of Travnik. A special attraction in this place is the famous Lutvina Kahva (Lutvo’s Coffee) cafe, and the Plava Voda restaurant across from this cafe is no less attractive. Its interior is decorated in a traditional Bosnian style, and it attracts the most visitors during summer, when it is set up outdoors next to the stream.

In this most beautiful spot in town, as many claim it to be, called Plava Voda, until November 1906, the numerous springs and rivulets were set into constant motion by watermills and the wooden pillars that crushed the oak bark, which was required for tanning in Travnik tanneries or tabhane, of which only the foundations are left downstream of the Lašva River. 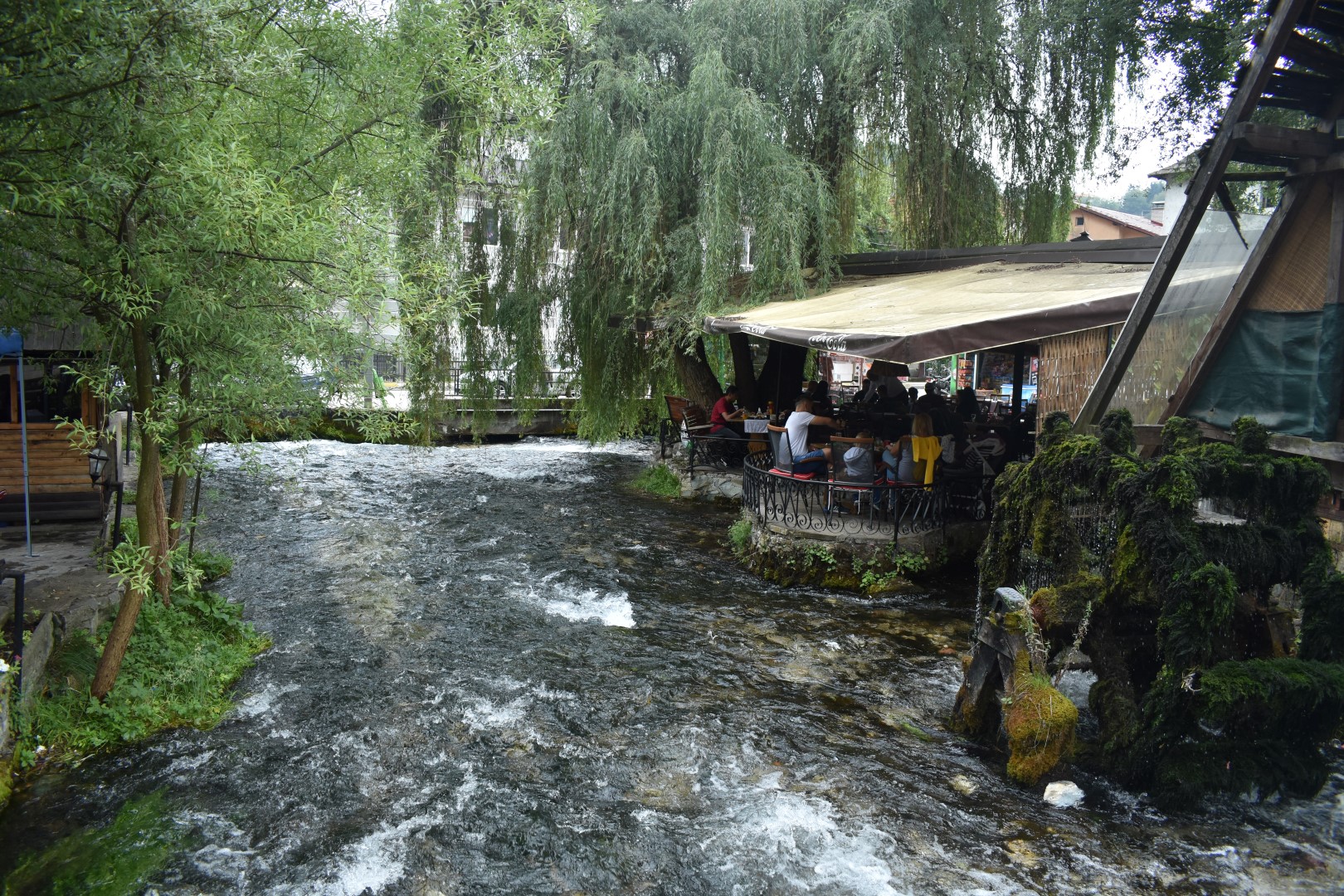 In this place in 1807, the plot of the novel Travnička Hronika (The Bosnian Chronicle: A Novel) by Ivo Andrić begins, and ends seven years later. It was a modest wooden house, where Travnik’s beys would sit and gather. There is a special story about how the coffee that people drink here today became so famous.

In June 1887 in Travnik, in the place of today’s Plava Voda, the Austrian archduke and the Austro-Hungarian heir to the throne, Rudolph Franz Karl Joseph, the only son of emperor Franz Joseph I and duchess Elisabeth in Bavaria, came for a visit. The renowned guest had coffee and gave the owner a ducat, which he would keep for years in a special china closet, including the džezva (coffee pot) and fildžan (cup) that the prince used when drinking coffee. This china closet was handed down from owner to owner of the establishment, and after that visit, the coffee officially got the name Rudolph’s coffee. 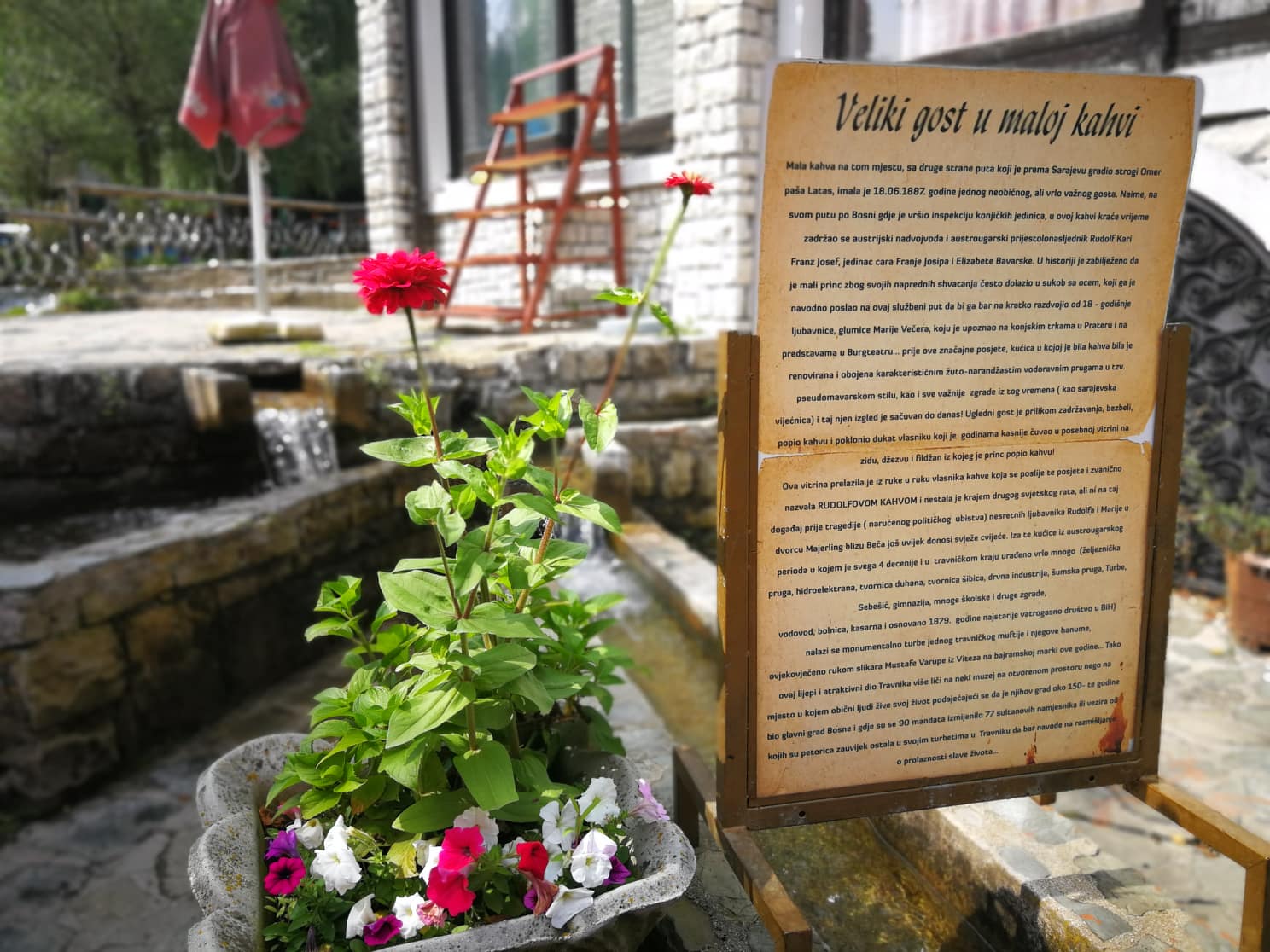 A TOWN WITH A LOT TO OFFER

Over time, the name Rudolph’s coffee was changed to Lutvo’s coffee, because people called it that for years, and the name has stuck until today. What makes this coffee specific is that you get a Turkish delight, a matchbox and a cigarette along with it.

Not even the oldest people remember that first owner of the cafe, Lutvo; that guy has been on one of the scattered graveyards of Travnik for at least a hundred years, but everyone goes to Lutvo’s for coffee and his name is remembered and pronounced in the spot where the names of so many sultans, viziers and beys have been forgotten…, says the prologue of the novel Travnička Hronika (Bosnian Chronicle: A Novel). 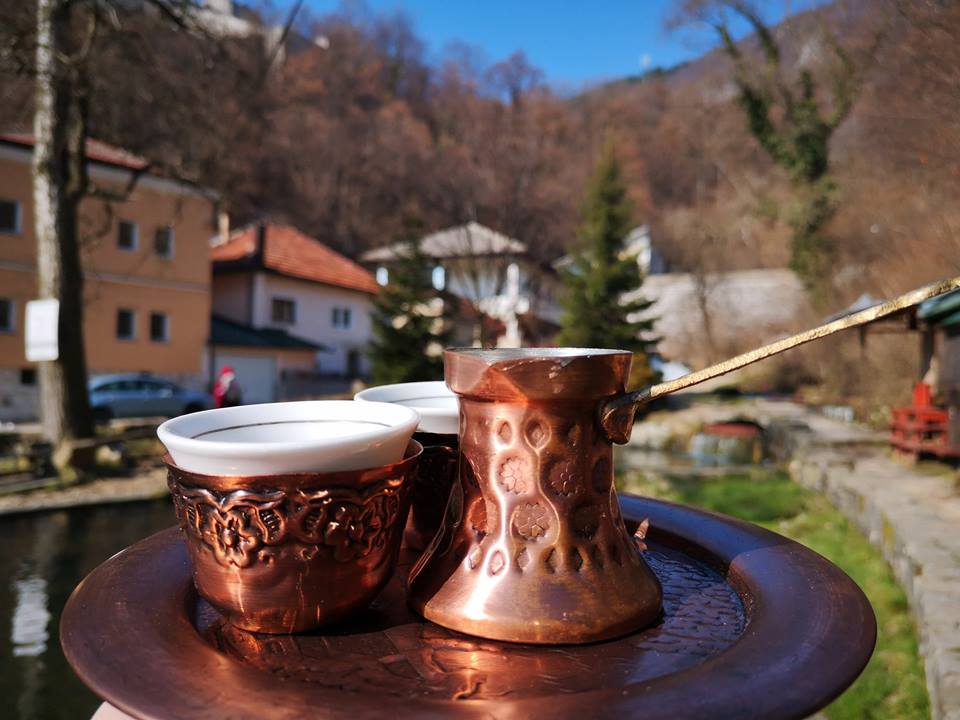 Whether it be due to Rudolph’s or Lutvo’s coffee, the pleasure of being next to the murmur of water, the rich history which took place here… since ancient times, people have been coming here from all over the world and Travnik residents have always greeted them with open arms. Apart from Plava Voda, this town, which 150 years ago served as the capital of the Bosnian pashaluk and as the residence of 77 viziers, is certainly worth seeing in detail. You will be surprised by how many tourist attractions Travnik has to offer. 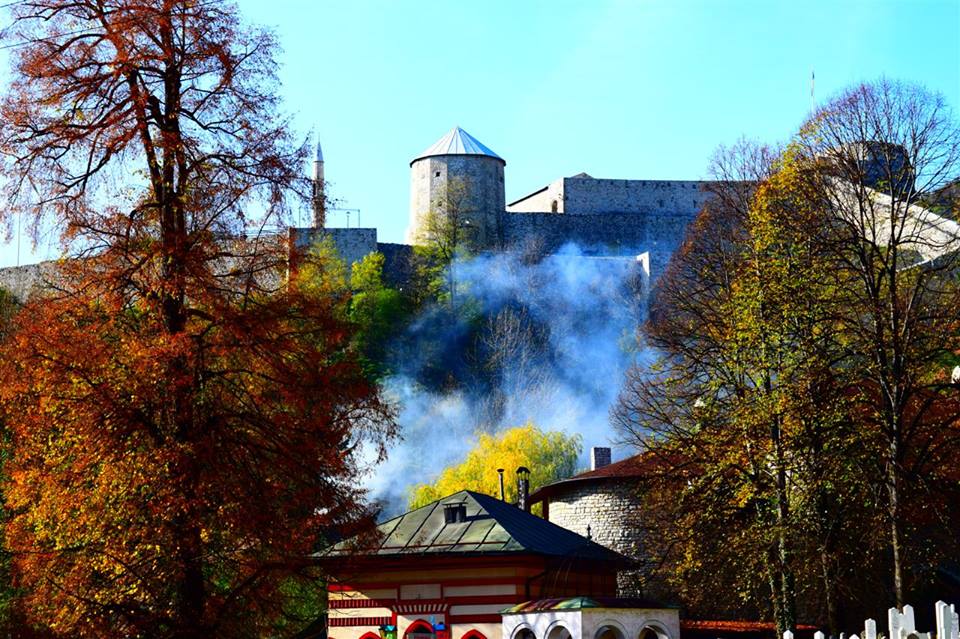 A short time prior to his significant visit, the house where Rudolph had coffee was renovated and colored in characteristic yellow and orange horizontal stripes in a pseudo- Moorish style, as were all significant buildings from that time, such as, for example, Sarajevo’s Vijećnica (City Hall) or the Vijećnica (City Hall) in Brčko. This look has been preserved until today. 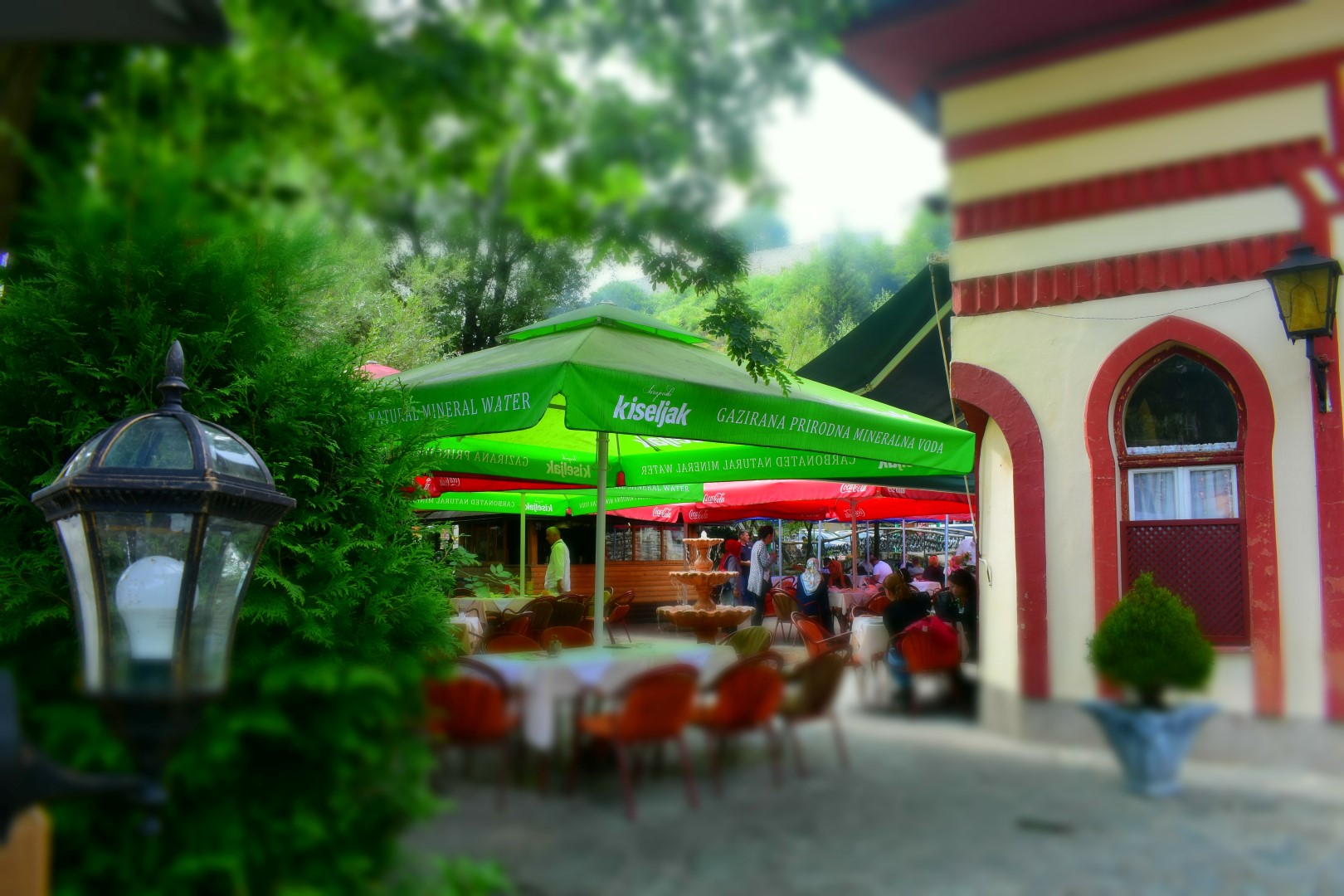