The capital of Montenegro, described as a relaxing and unpretentious city on the Lonely Planet website, sits in the valley of rivers Morača, Zeta, Ribnica, Cijevna and Sitnica, and is surrounded by three lakes – Skadarsko, Bukumirsko and Rikavačko Lake. Located on a busy crossroads through which merchandise, tradesmen, couriers and travelers used to pass, Podgorica is now a place where all major international cultural and sport events take place, and owing to its amazing nightlife scene in winter it has earned a high reputation among young people. 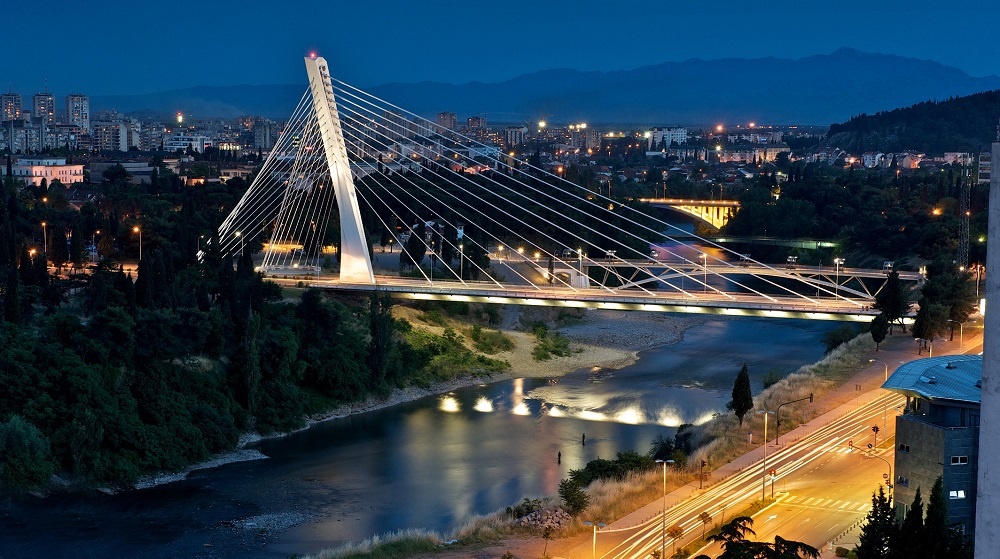 Nature-rich City with Distinctive Past

The people of Podgorica live in a city with 173 hectares of green area and a Mediterranean climate. Their city is famed as one of the warmest European cities with a lot of sunny days and not many rainy days, and the Natural History Museum, whose mission is to research Montenegro’s biodiversity and present its values by virtue of exhibitions, lectures and publications, is a reflection of the fact that its people have always lived close to nature and made efforts to preserve it.

The territory of Podgorica, whose name was first mentioned in 1326, has long since been a suitable area for human settlement. Four kilometers away from Podgorica, the ruins of the ancient town of Duklja dating back to the first decade of the first century BC are located, and archeological research is still conducted at the site. It is one of the most valuable testimonies of human presence occupying an important place in world archeology. 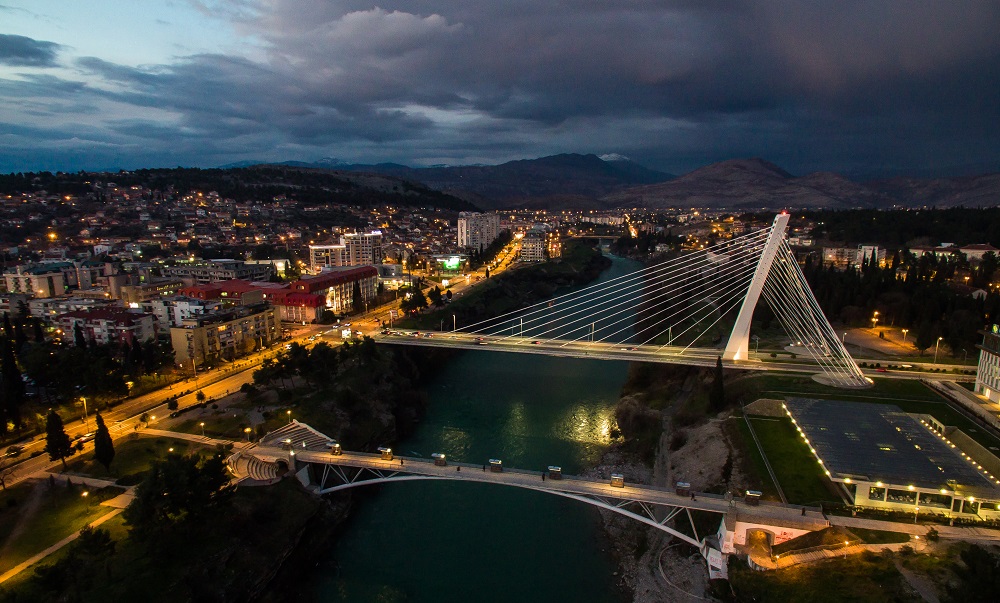 History books recorded that Podgorica, which was named Titograd after the Second World War, was ruled by the all the great empires—apart from the Roman Empire, it was ruled by the Ottoman Empire, and finally by the Austro-Hungarian Monarchy. A bridge dating back to the Roman period—the Stone Bridge on Sastavci—still sits in the heart of Podgorica and is the oldest city bridge. It is an arch bridge just a few meters in height, and young people affectionately call it Skaline (Steps). 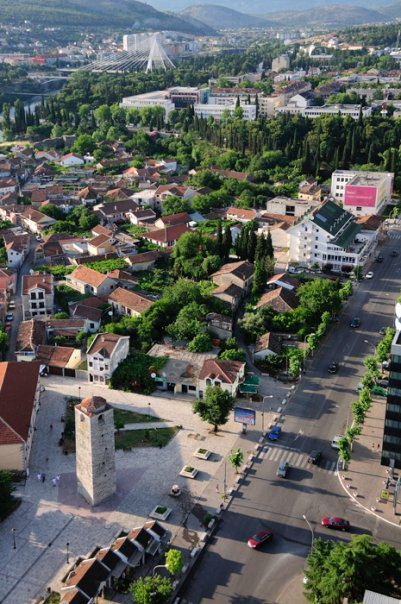 The spirit of the Orient is felt in the Stara Varoš neighborhood, the heart of Podgorica during the Ottoman rule, which blends in the capital’s urban center. The Clock Tower, a symbol of that era, was constructed by Hafis Pasha Ormanagić on the Bećir Bey Osmanagić Square.

Podgorica offers quite a few places to see. Villages in the vicinity of Podgorica, Marko Miljanov Mausoleum in Kuči, Kuslev House, and the Church of the Resurrection of Christ are also worth a visit. The recent construction of a landmark with over 26-meter high towers featuring 17 bells was launched at the beginning of the 1990s and lasted 20 years. The largest one weighs 11 tons and is the largest bell in the Balkans. The list of sacred Orthodox buildings also includes many monasteries such as the Ćelija Piperska Monastery and Dajbabe Monastery. 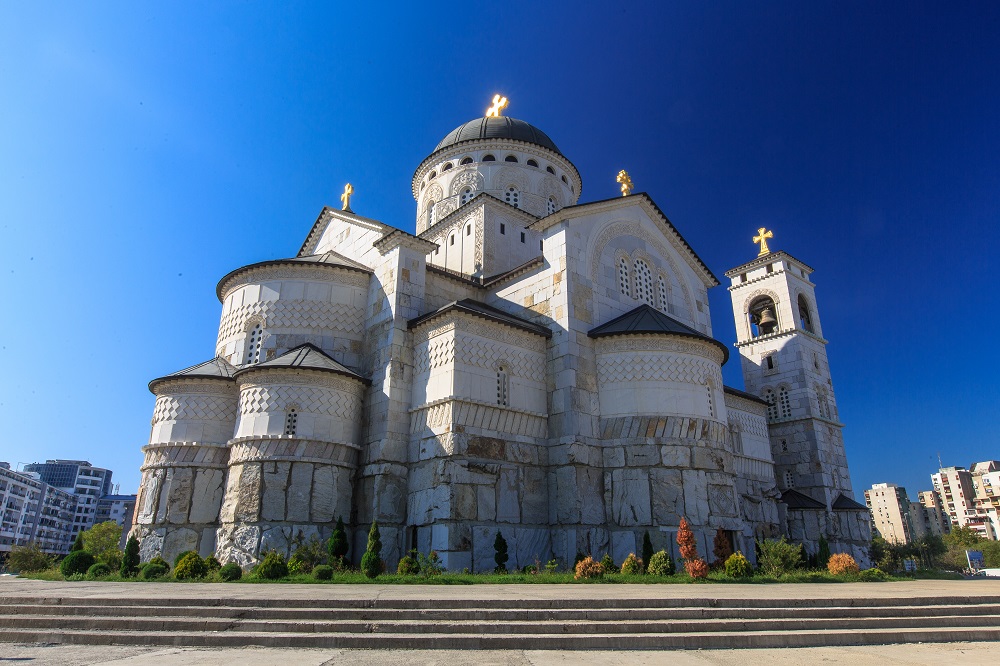 However, Podgorica can also boast stunning both Christian and Muslim places of worship, such as the Church of the Holy Heart of Jesus, the only Roman Catholic Church in Podgorica, St. Anthony’s Church, the Old Skender Čauš Mosque, and Osmanagića Mosque whose builder, Medmed Pasha Osmanagić, was buried in the tomb in the mosque’s courtyard.

Those wishing to learn about Podgorica’s history should certainly head to the Podgorica City Museum which is home to rich archaeological, cultural, ethnographic and historic collections. You are surely going to cherish the wonderful moments you spent at Kruševac Park, the most wonderful part of Podgorica, that you will visit while exploring the city, and it is the place where Contemporary Arts Center and royal castle of the Montenegrin Popović dynasty are located.