Home Germany Wiesbaden: A City where Life is to be Enjoyed

At the invitation of the German Tourism Association, we attended the 45th GTM Germany Travel Mart™, which was held from 12.05. – 14.05. this year in the beautiful Wiesbaden. GTM is the most significant B2B platform for incoming German tourism. Around five hundred representatives of the tourism industry, from as many as 51 countries of the world, participated at the workshops and conferences, and the tourism offer of Germany was presented to them, which showed, once again, why it is in the position that it is in, at the very top of the tourism industry. 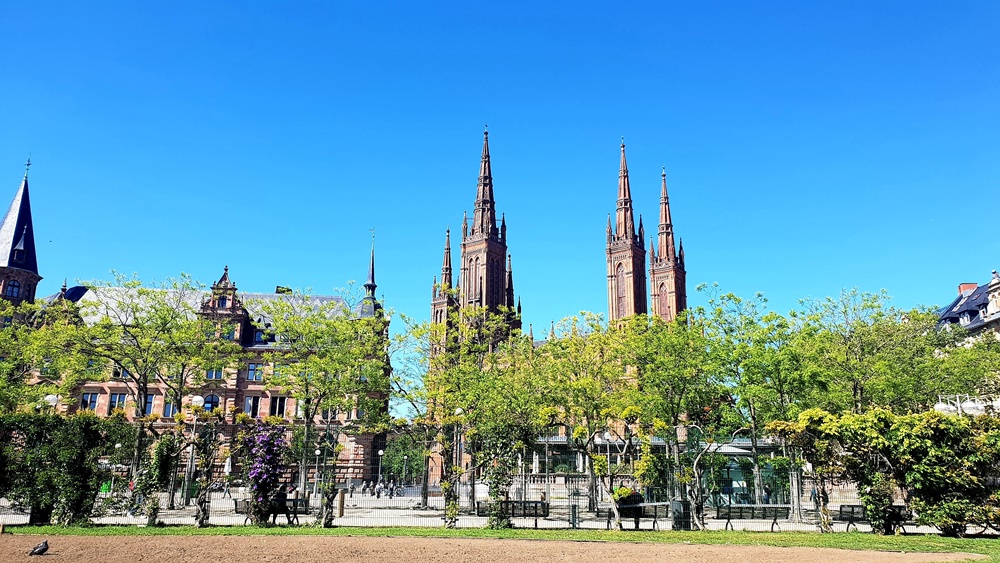 A city of European aristocracy and hot springs, a place of luxury and beauty which always attracted authors, poets, philosophers, the former home of Goethe, Dostoyevsky, Wagner, Brahms… This city is cultured, clean and slick, suitable for older people and people with disabilities. A city where life is to be enjoyed. In fourth place of the safest cities of Germany. That is all Wiesbaden, the capital of the German state of Hessen.

With its thermal springs, the city has always been known as the wellness oasis of Europe. 2000 years ago, Romans recognized the healing powers of thermal water and sought relaxation and refreshment here. While there used to be 26, today there are only around fifteen springs spread out across the city, of which the most famous one is Kaiser Friedrich`s Thermae, located in the wonderful park created as an English landscape park. The temperature of the water is around 66 degrees, and entrance is only permitted to persons over 16. 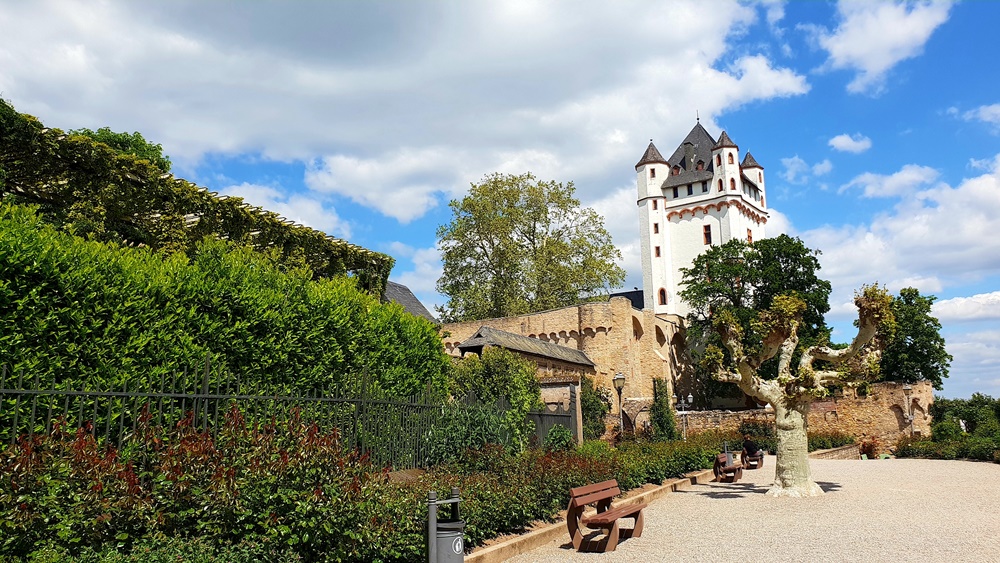 Walking through the city center, you will see some of the best city squares, large parks and historical buildings, which adorn the city that is also well known as a place of entertainment and culture, with many upscale stores, galleries, museums and theaters with an international reputation. Festivals are also very popular, and each year ensembles gather at the Hessian State Theater at the international festival of Maifestspielen (May festival) and the Rheingau music festival, which turn the entire region around Wiesbaden into a unique summer concert stage. Each year, there is also a festive mood due to the Wilhelmstraßenfest festival, which is the biggest street festival in Germany.

Wiesbaden was ruled by the Nassau dynasty for hundreds of years and is the home of high aristocracy, whose properties can still be found across the city. You will get the full idea of the beauty and diversity of the capital of Hessen if you take the tourist train to see the Neroberg mountain, which will take you from the center to what used to be the residences of the counts of Nassau, with villas and lavish buildings, located along beautiful avenues. Along the way, you will come across the Russian Orthodox church, which is reminiscent of the sad love story of the count of Nassau and the Russian princess Elizabeth, who died at the age of 19, while giving birth to their first child. In their honor, the count built this beautiful building from the dowry that Elizabeth brought into the marriage. 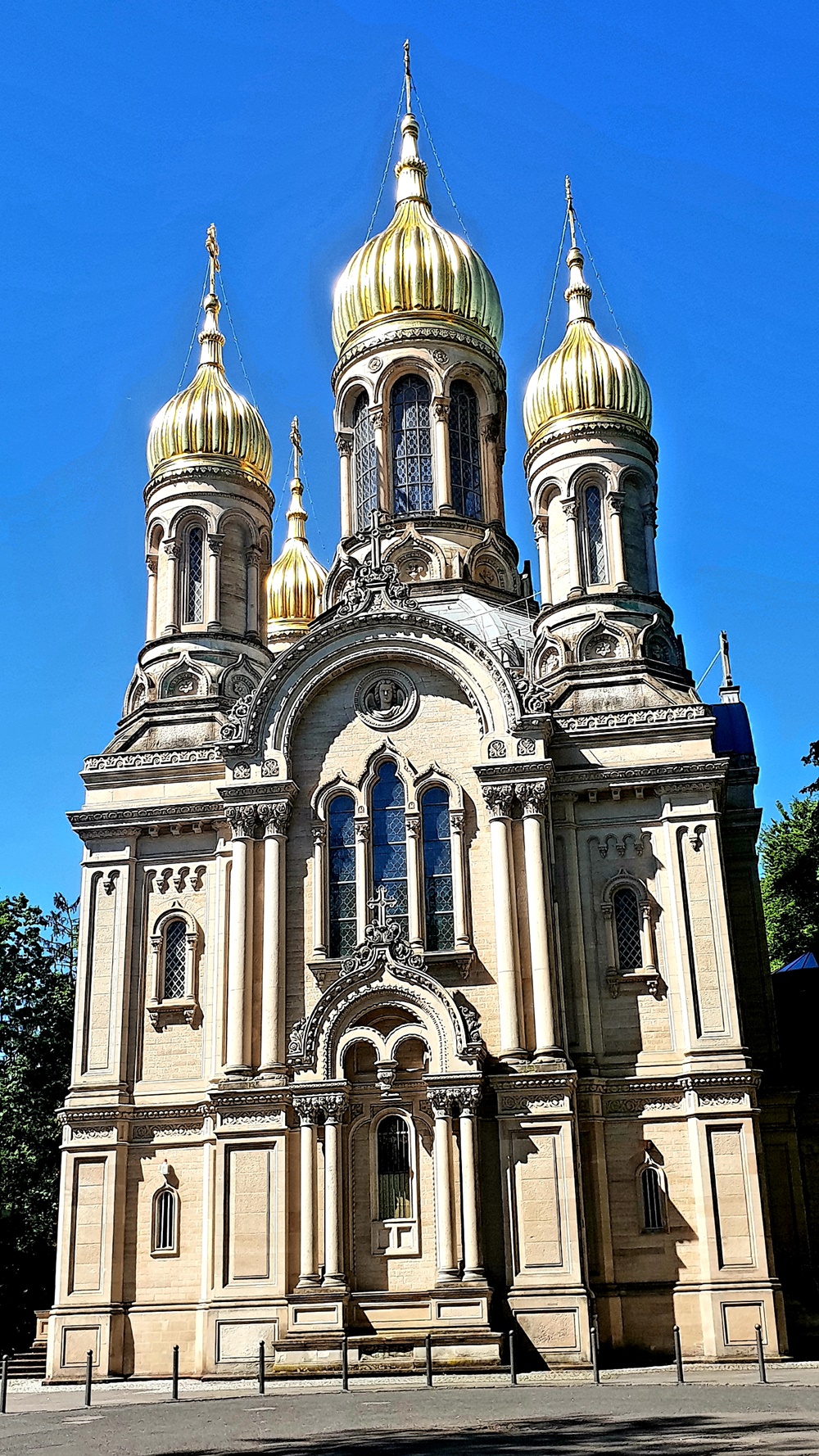 Near the church, there is also an Orthodox cemetery, where many representatives of noble Russian families were buried. You can reach the Neroberg mountain with a cable car, the only one left of its kind in the world that operates with a water ballast. From the top of the hill, there is a magnificent view of Wiesbaden and the valley of the Rhine River.

What to see in Wiesbaden

Kurhaus (or Spa House when translated) in Wiesbaden, with magnificent ballrooms, today serves as a place where traditional cultural events, outdoor concerts, and the ballet are held. There are 12 rooms and salons of varying sizes and styles there, several restaurants and a casino, all under one roof. The famous Russian author, Fyodor Dostoyevsky, spent a lot of time in the casinos of Germany, and it was here that he lost a lot money, which inspired his renowned work The Gambler.

Right behind Kurhaus, there is Kurpark Wiesbaden, which was designed in 1852 in the style of an English landscape park. Within the park, there is a small lake, where visitors can rent boats. There is also an artificial island and an impressive six-meter fountain.

The tallest building in Wiesbaden is the Marktkirche church; its main tower rises to 98 meters and dominates the sky above Wiesbaden. It stands out due to its brick-red color and height, and it has mainly preserved its original appearance. 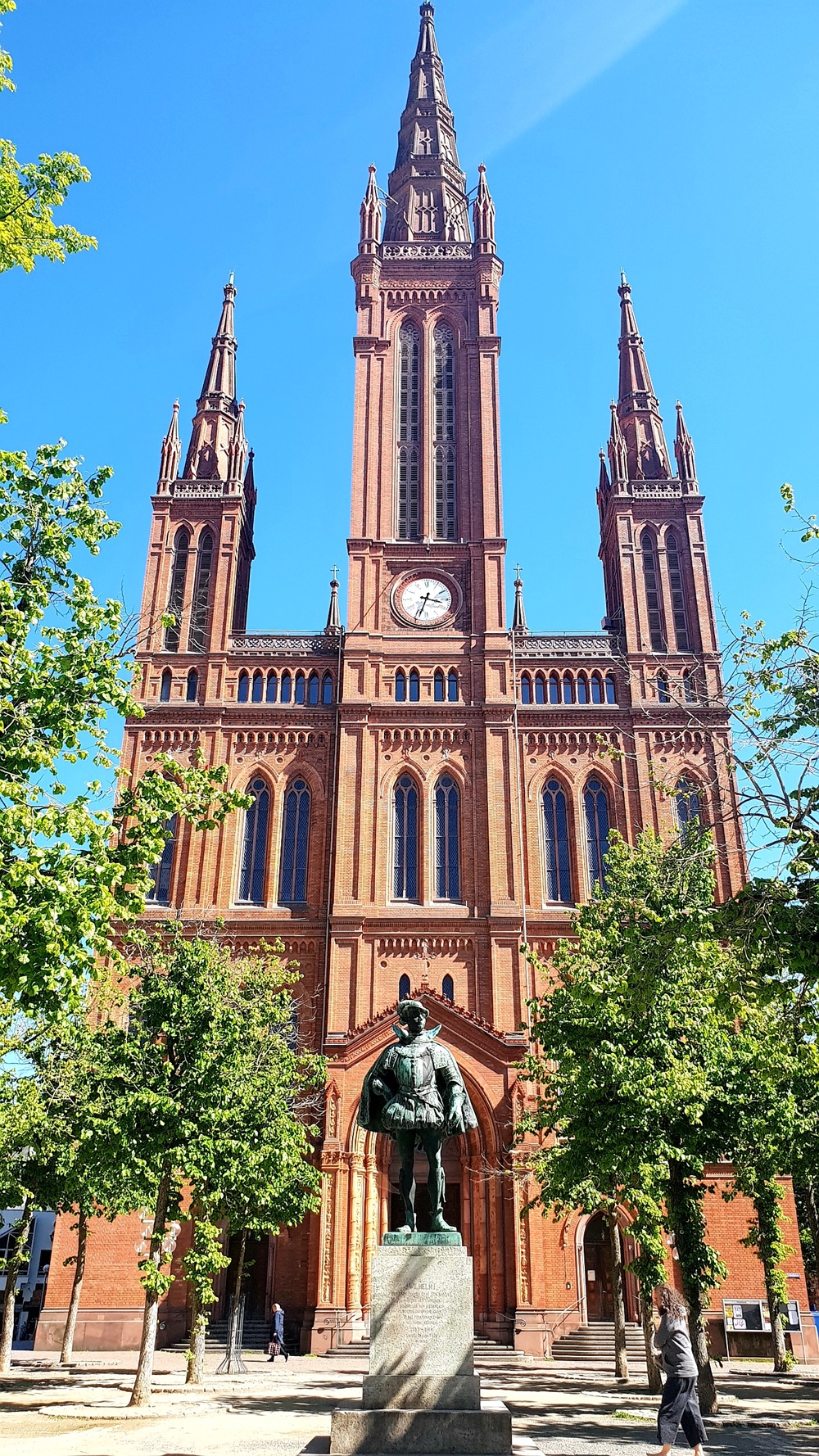 The surroundings of Wiesbaden (Rudesheim am Rhein and Eltville)

The city of Rudesheim am Rhein is located near Wiesbaden and it is one of the most desirable tourist sites in Germany. Apart from beautiful medieval structures and a special style of construction, which is why it is on the UNESCO list of world cultural heritage, the city is also well-known as a frequently visited wine region. It is a special experience when you ride the cable car above the fertile vineyards, and there is a view of the valley of the Rhine River. You can also reach the vantage point by cable car, where there is an impressive, 38-meter-high Niederwalddenkmal monument, which symbolizes the re-establishment of the German Empire after the French-Prussian war. 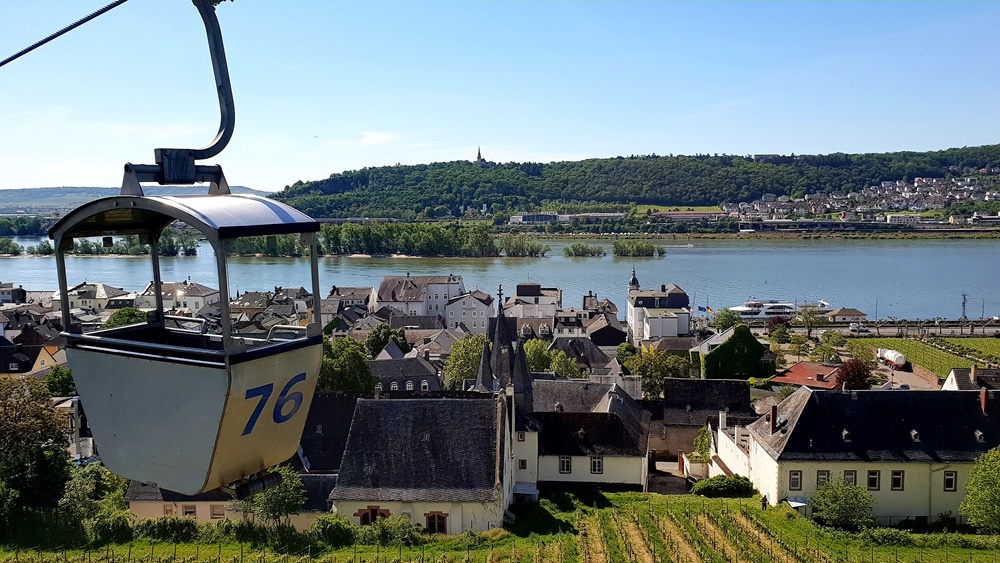 The main sculpture is Germania, the classical mythical female figure, which represents Germany. In her raised right hand, there is an imperial crown, and in her left hand, there is an imperial sword. In the center of Rüdesheim, there is the well-known narrow street Drosselgasse, 144 meters long and only two meters wide. During the summer season, people dance along to live music until the early morning hours, so it is no wonder that Drosselgasse attracts over three million visitors annually.

In the center of the vineyard region of Rheingau, on the bank of the Rhine River, the wonderful town of Eltville sits, proudly holding the title of the Town of Roses. In its gardens and parks, there are over 350 types of roses in bloom, and apart from those, each year 22 thousand roses bloom in public spaces and their smells overtake this charming city.

It is surrounded by vineyards, houses with wooden frames and lush rose gardens, its narrow streets lead to a promenade with rows of plane trees with benches in front of them, and the view disappears off towards the boats, which slowly move down the river. Within a moment, I wished I could stay here… 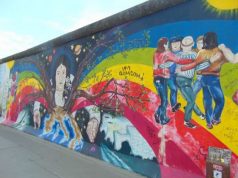 Nuremberg – The Crown Jewel of History