Zurkhaneh or Pahlevani sport represents an original Iranian heritage rooted in the religious, epic and mythological view of the world and the Iranian way of life. It combines play, strength, skill, balance and exercises using clubs (mils) and other exercise equipment made of metal. 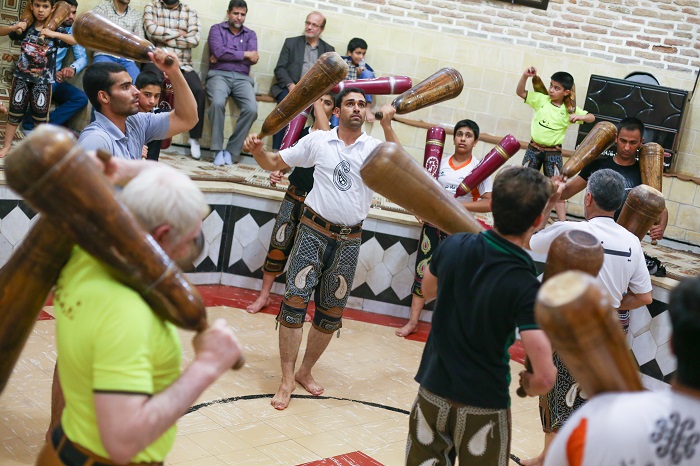 The traditional national sport in Iran is played in clubs called Zurkhaneh, officially the world’s oldest sports grounds. The entrance door of the zurkhaneh is designed lower than normal doors, so that people must bow upon entering and exiting, which teaches them to be modest and humble in the chivalric tradition. 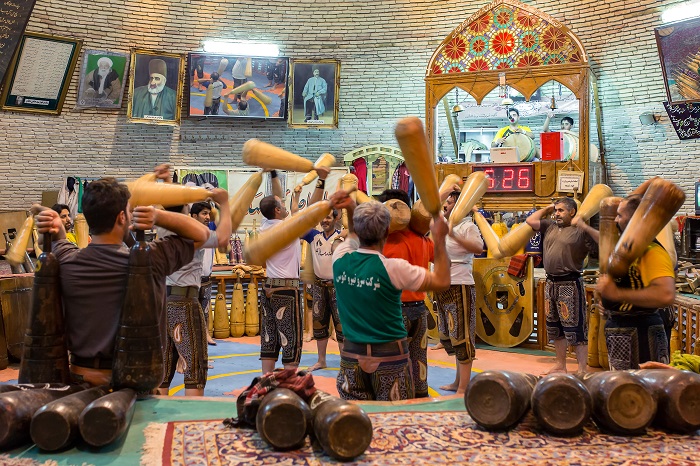 In this ancient sport, athletes perform special rituals following the tradition of mythological heroes, displaying chivalry in this way. Morshed, a musician who recites sacred poetry and stories of mythological heroes’ positive character traits, leads the ritual, while Pahlevani perform movements and exercises in the arena in a group or individually. Morshed is both an artist and a person of high morals and sporting virtues, who chants epic stories along with traditional music, leading the ritual and directing athletes during the exercise.

Golrizan Ceremony, one of the traditions related to this sport, has the aim of helping people who are in financial hardship. While several outstanding athletes and sports veterans collect charitable contributions, flower petals are swirled above guests and athletes. 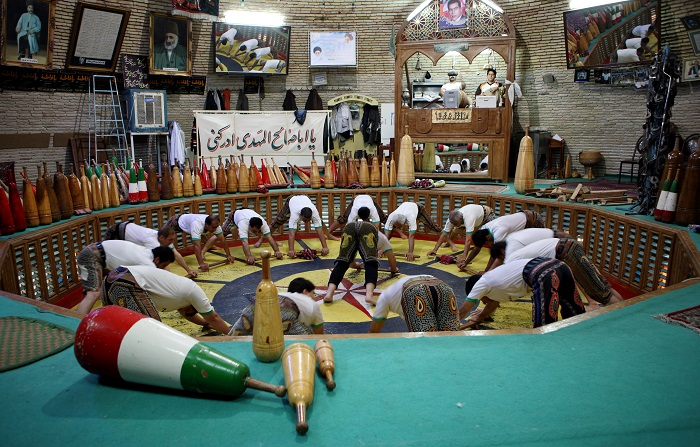 The motto of the Pehlivani sport is as follows: Spiritual and physical Education, and at the end of each meeting, a prayer is recited for peace and friendship, and the eradication of poverty and problems, which gives this traditional sport a spiritual dimension. 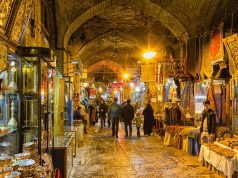