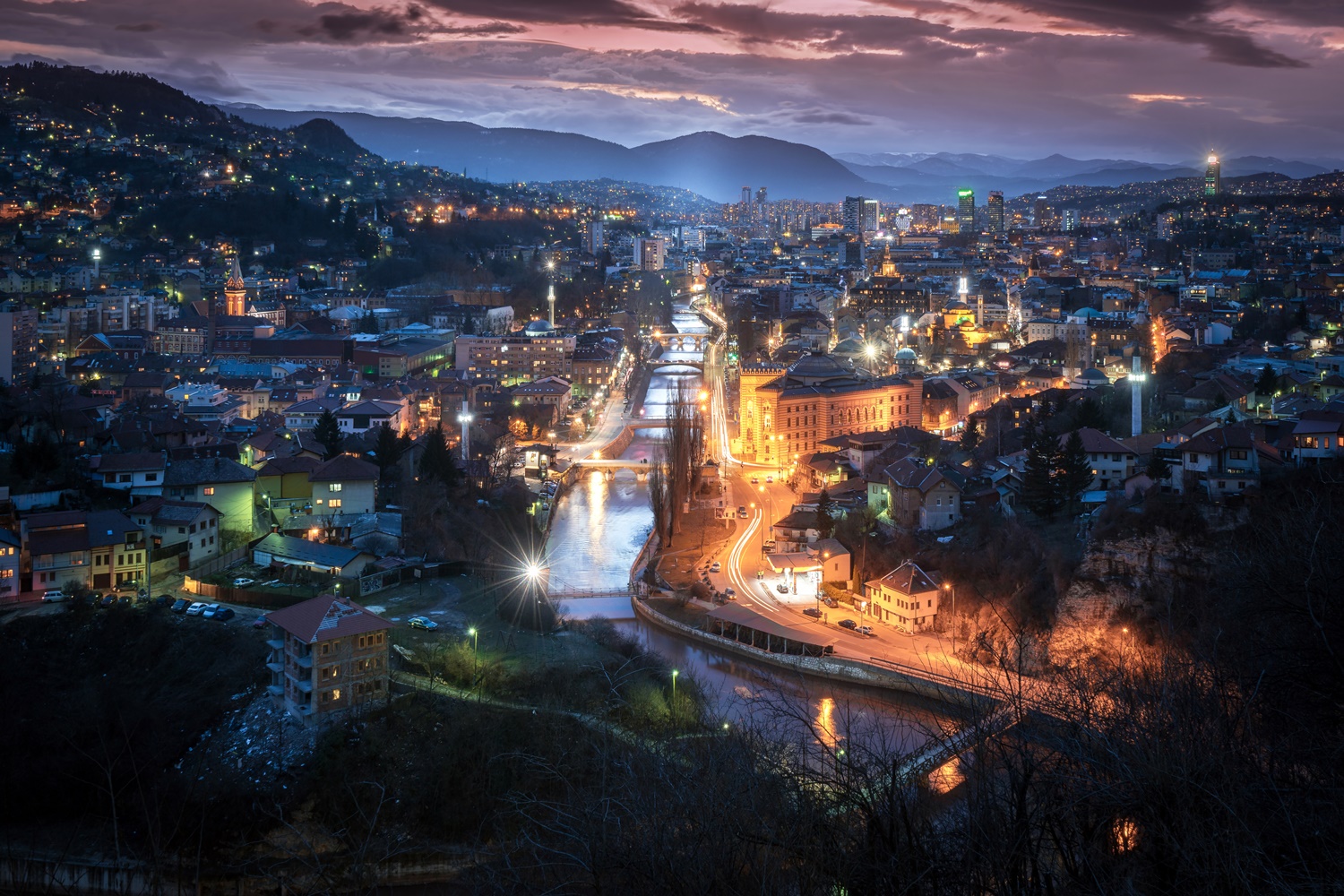 Guide to Summer Events in Sarajevo

As the capital of Bosnia and Herzegovina, Sarajevo is the center of summer events and countless festivals. Apart from numerous cultural and historical sites, magical natural beauties and tourist attractions, great hospitality and the wonderful sight of streets full of people enjoying their coffee, ice cream or traditional Bosnian sweet delicacies, you will get a lot more in the capital of B&H. We would not want you to miss some of these events, so in the summary below we have singled out the best-known festivals which call for your presence this summer!

With the first day of summer, the event Ljeto u Parku (Summer in the Park) – Hastahana begins, taking place for a second year in a row at Hastahana park – Prof. Dr. Nijaz Duraković at Marijin Dvor in Sarajevo. The plan is for this event, which will offer interesting activities for all ages over three months, to take place until the last day of summer, September 23. This year’s Ljeto u Parku (Summer in the Park) – Hastahana will start operating on Friday, June 21 with an evening gig in the covered pub area, where each evening during the summer, musicians will perform from 9 p.m. with a repertoire of light, local and international, pop, rock, blues and jazz standards, while during the day, other fun activities will be organized in this space. During the first 10 days of the event in the Hastahana park – Prof. Dr. Nijaz Duraković, a large amusement park will also be set up, with countless activities for the entertainment of children.

The traditional Baščaršijske Noći Festival (Baščaršija Nights) is the most significant summer event in Sarajevo and B&H. It is held each year from July 1-31 in the open spaces of the old part of Sarajevo with a central stage on the plateau across from Vijećnica (City Hall). With local ensembles and artists, and guests including European and world groups and individuals, Sarajevo becomes a real center of culture, and the entire city exudes a festival atmosphere. Baščaršijske Noći (Baščaršija Nights) always start with the traditional “Vienna concert”, i.e. the concert of the Sarajevo Philharmonic Orchestra with the participation of a conductor and artists from Vienna.

Twenty-seven performers from the region will perform at the “Live Stage” Festival, which will  be held in Sarajevo from July 26-28, on the plateau of Skenderija Center. During the three days that it is on, the festival will have performances from the following artists and more: Bajaga i Instruktori, Zabranjeno Pušenje, Crvena Jabuka, Van Gogh, Hladno Pivo, Kiki Lesendrić i Piloti, Grupa Bolero, Regina… All concerts and other events should last until the morning hours, and festival activities will be free of charge, due to the support of public institutions and other sponsors, which include the Tourism Association of Sarajevo Canton.

Javorwood is an art festival, which is held each August on the Sarajevan mountain of Bjelašnica, at Javorov Dol, and this year it will be on from July 29 to August 3. The festival promotes young artists and gives them the opportunity to present themselves to wider audiences and to connect with colleagues from the region. In the several days that it is on, it promotes many types of art through workshops – from painting, music, architecture, and applied arts, and it concludes with an evening musical program. An excellent opportunity for all artists!

For the first time in Sarajevo, Talis Festival & Academy will organize chamber music concerts and gather musicians and composers from 12 countries, from July 30 to August 3. Talis Festival & Academy was founded in 2014 in Switzerland, where select academics and professionals from leading world orchestras, universities and ensembles of chamber music performed together as peers. Concerts will be held at several locations across the city, and rehearsals will be open to the public.

The second Sarajevo Streeat Food Festival, where over 50 exhibitors will present their offer, will take place from August 1-25. With this festival, Sarajevo has joined the list of cities offering this type of culinary entertainment, and apart from 120 types of dishes, the festival will offer numerous organized fun activities. Apart from enjoying excellent bites and refreshing beverages, visitors will also be able to enjoy daily live performances by DJs and various gigs in the central city park, and there will also be workshops for children.

It started at a time when conditions for it were dire and managed to become the biggest film festival in Southeastern Europe, also known as one of the most significant film festivals on the entire continent.

Its jubilee, the 25th SFF will be held from August 16-23, under the patronage of the UNESCO, and as usual, the public will be offered an insight into the most interesting recent films. For regional authors, it is ideal for the promotion of films and networking, while young talents are given the opportunity to acquire new skills and experiences. The city gets a whole new dimension and its streets are filled with festival magic!

In addition, during SFF, the 8th Sarajevo Rock Fest will be held. It will take place at Underground Club, from August 16-24.

Along with that, fans of good entertainment will also have the opportunity to enjoy the parties organized by the Jagermeister Party Tram during the Sarajevo Film Festival. The fantastic party on the tracks will not stop on any day of the festival! The “dancing” tram will set off from the Skenderija okretaljka stop at 7 p.m. and will drive from Baščaršija – Čengić Vila, and the plan is for it to be back at the okretaljka around 8:30 p.m. and 10 p.m.

An excellent location for all-day entertainment during the SFF is also the Sensation Bridge. Visitors can expect various surprises, daily After Work Parties from 4 p.m. to 8 p.m., and the evening program will bring performances from popular local and regional DJs and bands.

This year, the folk music festival “Ilidža 2019” will most likely take place from August 1-3. The Ilidža-based festival is the cultural treasure of all Bosnians and Herzegovinians, and all those who have folk songs in their hearts. Famous names started their careers on the stage of this festival. The greatest hits were created here, and the greatest singers of the sevdalinka started their brilliant careers here, so there are no doubts that this year’s festival will also offer new musicians and singers.

Organized by Yu café, the popular Ilidža Rock Fest is a unique event in this municipality, which will be held this year from August 20-21. As in previous years, the third annual Ilidža Rock Fest will present young unestablished B&H rock bands to the public, as well as well-known musicians.