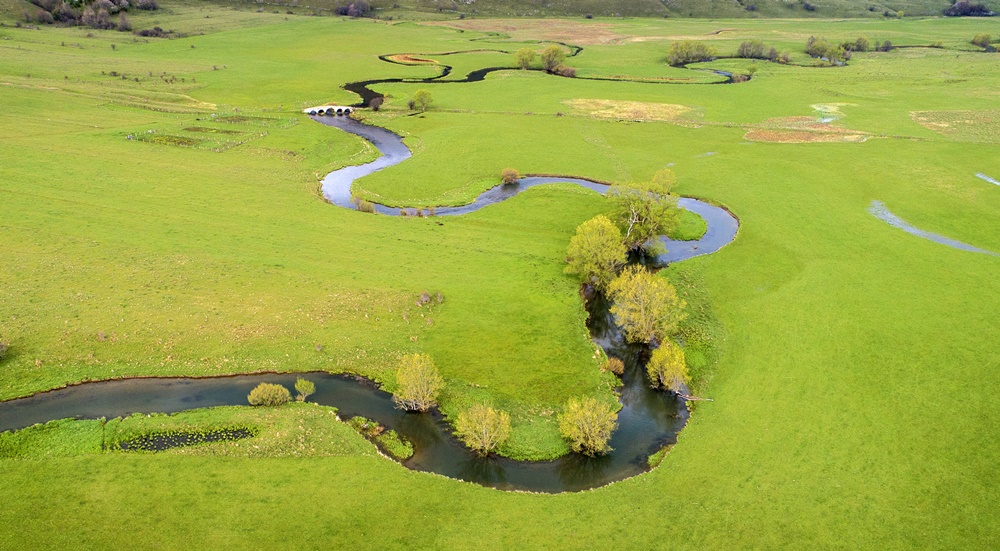 Natural Phenomena of Bosnia and Herzegovina – Places of Intrigue and Beauty

Every corner of Bosnia and Herzegovina hides unusual masterpieces of nature. Natural phenomena like sand pyramids, sinkholes, mysterious stone spheres and the beautiful Šujica River will delight every visitor and make them return in order to discover the secret of their origin.

Pyramids that are over 200 years old, in the village of Dančići in Pirni Do, next to the old path that used to connect Foča and Sarajevo, only aroused the interest of B&H citizens, as well as tourists, a couple of years ago. The sand columns arise from their wide foundations and they become narrow towards the top, and in this way, they are an exceptional geomorphological rarity in this region. The process of erosion is ongoing, and contrary to expectations, the pyramids are not disappearing, but growing. 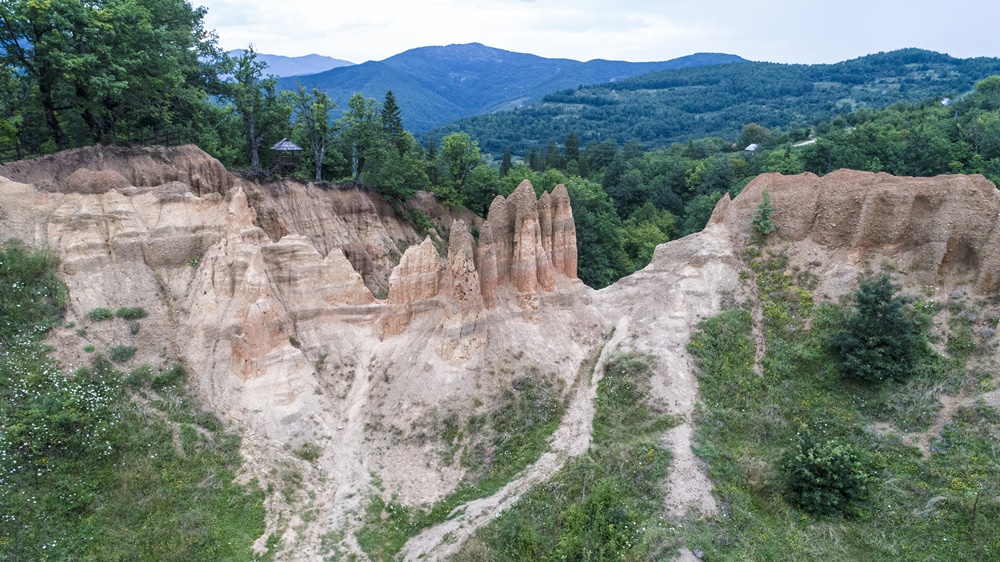 For now, they reach a height of around 20 m. Whoever has visited this region has seen that this is an unusual kind of beauty. A similar natural phenomenon occurs in other parts of the world as well, which is why many people call the Sand Pyramids near Foča the Bosnian Colorado, because they are reminiscent of the ones in Colorado in the United States of America. As a matter of fact, they are hard to compare, as they differ in size and composition, and what sets them apart and makes them attractive is the greenery that surrounds them. If you climb the pyramids and look around – the never-ending greenery, magical plateaus and mountain peaks will leave you breathless.

Another rare phenomenon in Bosnia and Herzegovina are the sinkholes, located in the village of Kapljuh. That is a populated area in Bravsko Polje, within the Bosanski Petrovac Municipality. These small holes, i.e. sinkholes, are situated across these areas of Bravsko Polje. Sinkholes are circular indentations with steep sides and most often they are in the shape of a funnel, but there are also those in the shape of plates and kettles. 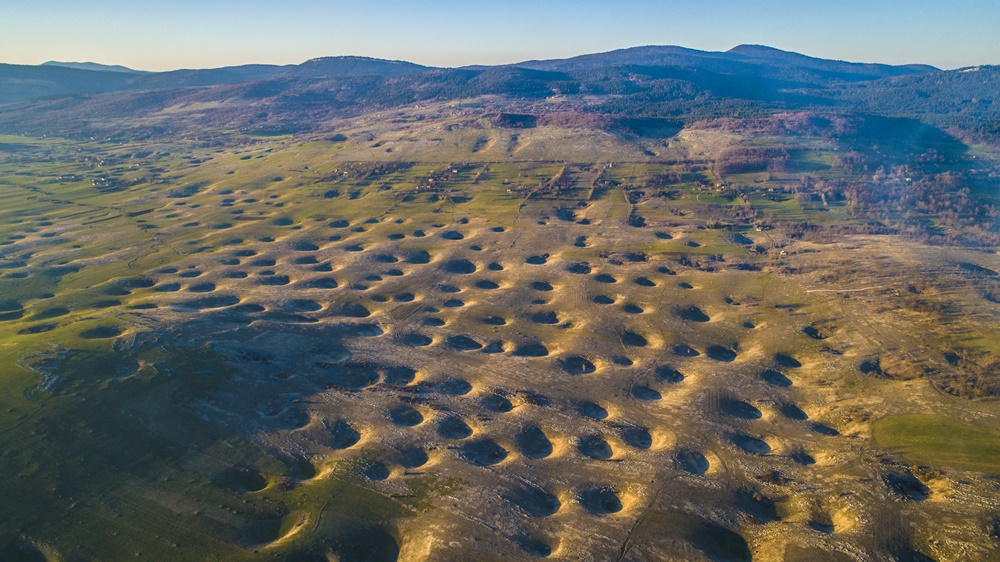 An area with a lot of sinkholes is referred to as „pockmarked karst“, while the tiny circular indentations are referred to as cavities. Despite the fact that after visiting the sinkholes you will still find them mysterious and you will not know how they were formed, seeing them will be an experience in itself.

The stone spheres in Bosnia and Herzegovina are also a world phenomenon that has not been researched enough, representing a mystery for citizens, as well researchers, since ancient times. The stone spheres in B&H have been discovered in Zavidovići, Velika Kladuša, Banjaluka, near Vareš, Laktaši, Kakanj, Maglaj, Žepče, Teočak, Olovo and Gračanica. 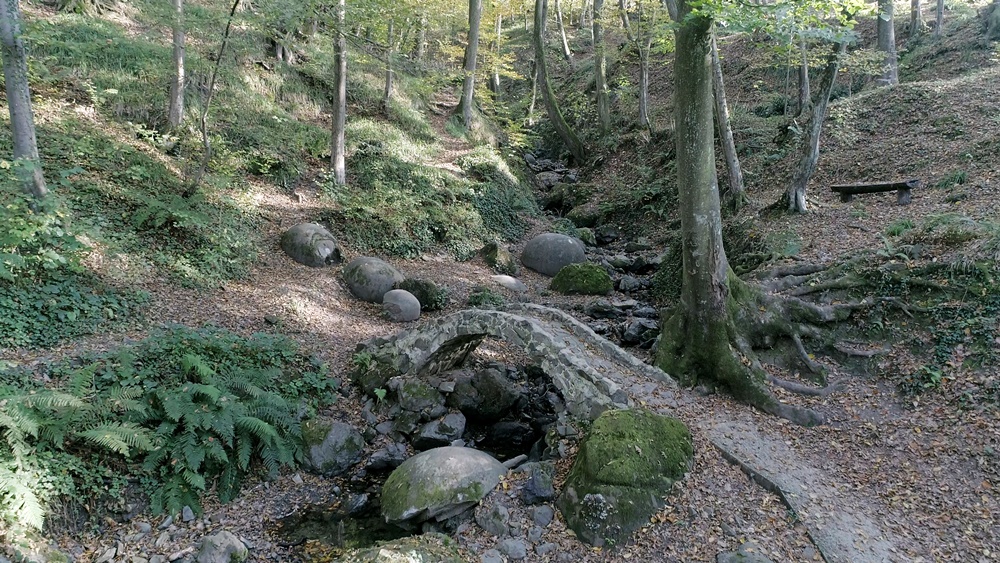 They are mostly of smaller dimensions, but there are also some that are larger, weighing up to several tons. What represents the biggest mystery when it comes to the B&H stone spheres is the knowledge that several radiesthesists have measured the effects of the energy of the stone spheres on the bioenergy field of visitors. Measurements with the PIP camera of British expert Dr. Harry Oldfield show that in the case of interaction between a person and stone sphere, there are changes in the bioenergy field of both the stone sphere and the person, i.e. the bioenergy field becomes lighter and larger. While some claim that the spheres are the remnants of meteorites which fell in this region a long time ago, others consider the spheres to be the work of some ancient civilization, and there are also those of the opinion that this is a natural phenomenon that came about as a result of glacier withdrawal.