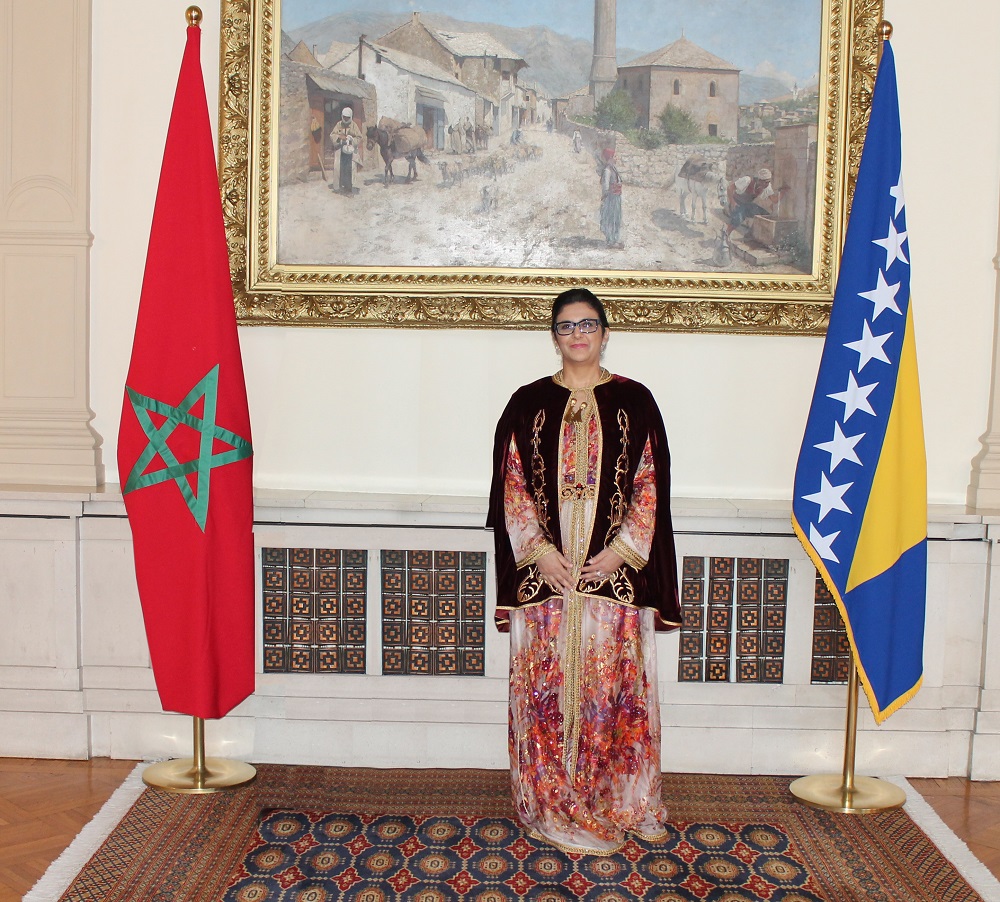 Her excellency, Nour El Houda Marrakchi, the Ambassador of the Kingdom of Morocco: I am impressed with the Bosnians and Herzegovinians

Morocco and B&H are achieving ever better cooperation in the field of tourism, but the sectors of renewable energy sources and agro-industries, in which Morocco shows high expertise, could also become a business link of our two countries in the future

“I felt at home in Bosnia and Herzegovina, since Morocco and B&H share common values – a multicultural country with open and tolerant Islam. I visited the city of Sarajevo, I liked the old city, the elegance, the colours of its buildings and the beauty of the hills surrounding the city, as well as the richness of its heritage marked with history prints. Also, I am impressed by the capabilities of the population, which, despite the recent war, shows certain calm, courage and joy of living, as well as a safe determination to face the economic challenges”, opens the interview with Furaj.ba Nour El Houda Marrakchi, the ambassador of the Kingdom of Morocco, whose official representative office is based in Zagreb and is also in charge of diplomatic relations with B&H.

– I have been working in diplomacy for 18 years. Previously, I worked as a trade analyst in Morocco and the WTO. My background in the field of economy and trade was an important factor for dealing with economic diplomacy. I approach the delegated role of the Ambassador of Morocco with great seriousness and satisfaction, and at the same time, to the extent that my role encompasses it, I focus on bringing the political, economic, cultural and social levels of the two countries closer together to consolidate bilateral relations.

How do you see the cooperation between Morocco and B&H?

–  Diplomatic relations between Morocco and B&H know positive dynamics including political, economic, cultural and social areas. The excellence of the relationship between the two friendly countries is reflected in the exchange of visits by senior officials, as well as in mutual support when it comes to issues of common interest. The accession of BiH to the European Union will enable the expansion of this cooperation, given the privileged relations of the Kingdom of Morocco with the EU. There has been an increase in cooperation between Morocco and B&H, especially in the field of tourism, but the sectors of renewable energy sources and agro-industries are also areas in which Morocco has developed proven expertise, and therefore they can also be of interest in terms of cooperation.

Land of a long tourist tradition

Of the total number of tourists in Morocco, how many of them come from Southeastern Europe?

What makes Morocco so attractive?

–  Morocco has a rich, thousands of years old cultural heritage marked by the mixing of the Berber, Cardassian, Roman, Arab-Muslim and Andalusian civilizations. In Morocco, tourists can satisfy all their senses by relaxing in the sun, enjoying the rich gastronomic offer which was declared a second finest world gastronomy in 2014, with the rhythms of diverse Moroccan music from the south to the north: Hassani in Moroccan Sahara, Ahwach in the Souss region, Ahidouss in Central Atlas, Reggada in Rifu, Melhoun and Andalusian music in imperial cities.

–  I have traveled a lot and will continue to travel to discover other cultures and civilizations around the world, and to meet the citizens of different countries. The country I want to visit is China.

The Kingdom of Morocco does not have an embassy in BiH for now. Will something change in the future in this respect?

–  I welcome the excellent relations between Morocco and B&H, as witnessed by the intensity of bilateral cooperation. We hope to open an embassy in Sarajevo within reasonable deadlines, according to the dynamics of the expansion of Morocco in regards to opening of several representative offices in the world.

If you want to experience the history of the ancestors of Morocco, then visit the capital cities of the dynasties which ruled in Morocco since 789, and these are Marrakesh, Fes, Meknes and Rabat.

“Coastal tourism has been developed from south to the north thanks to the wide Mediterranean and Atlantic coasts in various cities of the kingdom, such as Dakhla, Agadir, Saidia, Tanger, Tetouan and Al Hoceima, with the beaches as long as the eye can reach, with fine golden sand. You can experience the rural tourism in the regions of high and middle Atlas, and you also have the option of hiking and enjoying the incredible nature of the mountains. “ 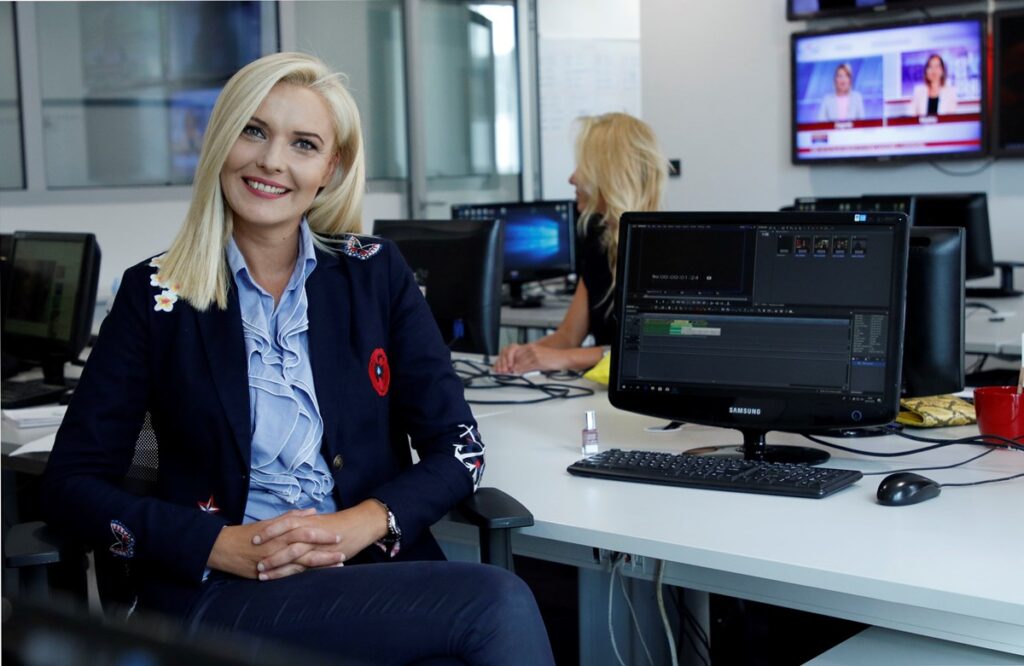 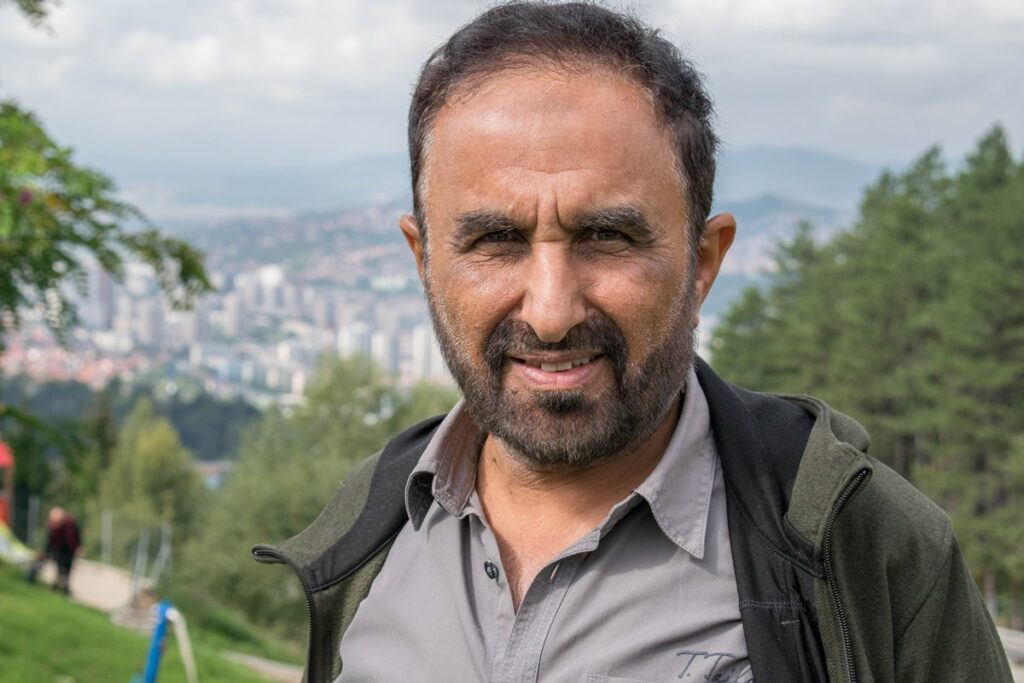