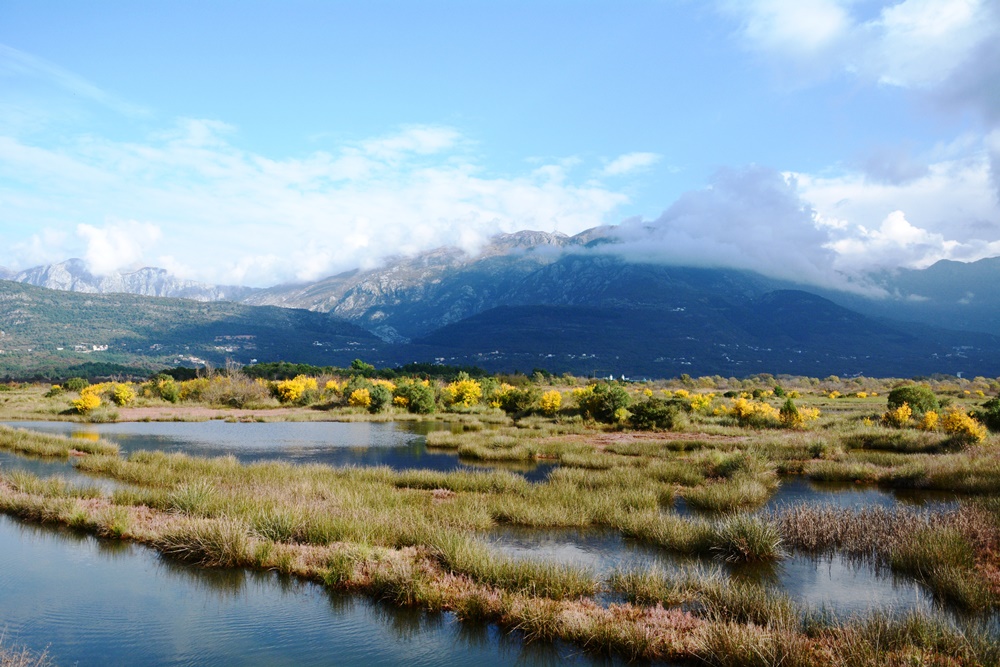 In 2008, the locality of Solila was protected as a special nature reserve Tivatska Solila, for the preservation of rare, depleted and endangered plant and animal species, primarily ornithofauna and plant communities. This nature reserve, with an area of around 150 ha, is located on the wetland part of the coastline of Krtoljski Zaliv in the Tivat Municipality, and it is the first protected area of that type on the Montenegro coast and one of the key retreats for birds on their migratory path (Adriatic Flyway).

Solila is the Emerald Network of the Bern Convention, as well as an Area of International Importance for bird habitation in Montenegro – IBA area. From 2013, the Solila reserve has been on the list of Wetlands of International Importance under the Ramsar Convention. Because of the significance and diversity of habitat types, this area is also on the preliminary Natura 2000 list.

This area was formed by the deposition of sediment at the basin of Široka River and Koložun River, and the labor of man who, with the aid of the sun and wind, would get salt in the seawater pools. In archive documents, this area was recognized as significant for salt farming after the Middle Ages. After salt farming ceased in the 18th century, the production of salt was attempted for the last time in this region during the 60s. 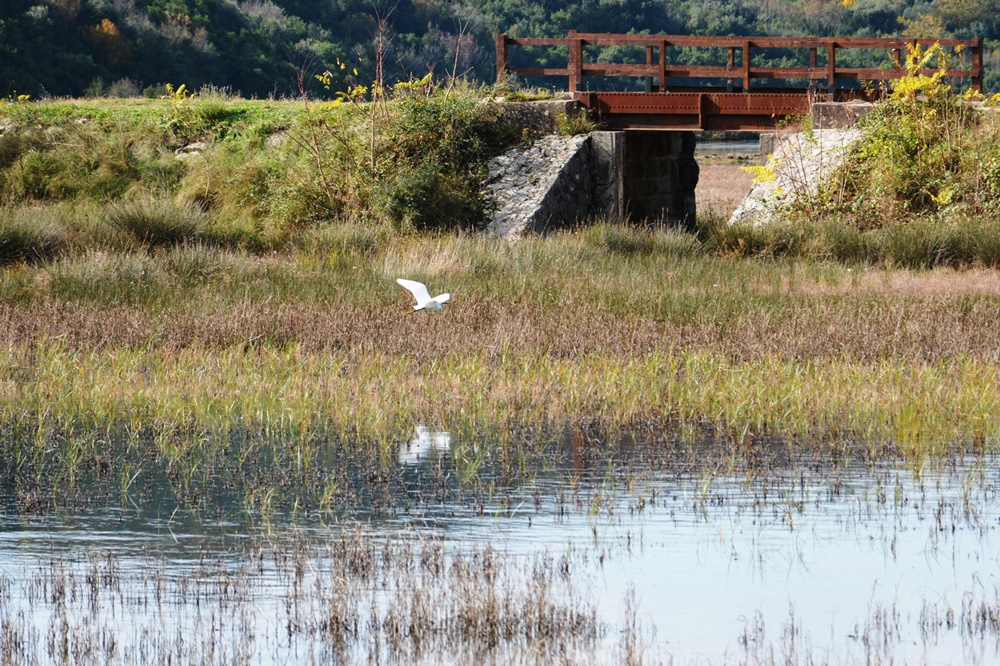 Since 2014, this reserve has been managed by Javno Preduzeće za Upravljanje Morskim Dobrom Crne Gore (Public Enterprise for Coastal Zone Management of Montenegro). Towards the end of 2018, the reserve also became a member of Asocijacija Parkovi Dinarida (Association of the Parks of the Dinarides), which consists of over 90 protected areas from 8 countries of the Dinaric Arc.

While there used to be numerous coastal wetland habitats in the Mediterranean, today only a rare few are left. At the remaining coastal lagoons and marine habitats, shorebirds gather on their migratory path towards Africa and back. To date, around 115 bird species are registered at Solila from a total of 330 species, which can regularly be seen in Montenegro.

Solila is one of the rare remaining wetland coastal bird habitats on the east coast of the Adriatic, which is, due to the abundance of food in shallow water, a habitat for birds during wintering and a resting place for migrating birds from Northern and Eastern Europe. In the shallow seawater in front of Solila, you can often see cormorants, grebes, seagulls, common coots and certain species of ducks.

In the shallows, shorebirds and several species of herons regularly feed, and you can see the grey heron, large white heron and small white heron during the entire summer. During spring and fall, macchia, underbrush and open areas attract various species of smaller songbirds, especially wagtails, rock ptarmigans, European stonechats, several species of swallows and certain species of birds of prey, especially harriers. During nesting, in spring and summer, the number of birds reduces. The bottom of the pool of the former saltworks dries up so that birds from wetland habitats do not have the conditions for survival. That is why the birds that nest there are typical for the Mediterranean coast, and we can single out certain species of shrikes, black-headed buntings, warblers and others.

Last year, a baby shoveler was first registered here, which tells us that this is a new species which has chosen Solila for nesting. In February 2018, a flock of over 100 cranes was first registered in the reserve, resting for two days during spring migration towards Northern Europe.

In 2009, Centar za Zaštitu i Proučavanje Ptica (CZIP, Center for the Protection and Research of Birds) established the regular monitoring of birds in nature reserve Tivatska Solila, and the results show an increasing number of registered species which spend time at Solila during migration. In addition, Solila is one of the locations in Montenegro where the International Waterbird Census is conducted in winter, as part of the oldest world monitoring of birds, which has been conducted for over 50 years.

The medieval saltworks in Solila ceased to operate probably during the 18th century. However, its location, the original parcellation and certain elements have been preserved, and they are especially visible in the northern part of Solila.

In mid-20th century, the Tivat Municipality started the construction of new saltworks, which was formed in 1963, and supposedly salt was produced there for two seasons. Today, the remains of pools for IV vaporization and the embankment reservoir and the remains of crystallization pools and the 1st group of concentration pools are still visible. The wooden stakes, which served for the formwork of the supply channels, have also been preserved. The main building of Solila was constructed based on the design from 1959 and represents an integral part of the saltworks complex and a valuable example of the architecture of the 20th century.

However, during the 60s, salt started arriving to the European market from saltworks from Northern Africa, where the cost of salt production is much lower than on the northern coast of the Mediterranean due to the favorable natural conditions with a lot of sun and wind. That caused the decline of around 200 smaller traditional saltworks, including the one at Solila.

In the area of Krtoli, in the immediate vicinity of Solila, at the beginning of the 20th century, the factory Prva Bokeška Glinena Industrija (First Bokeška Clay Industry) was built. On the plot of the factory, where during the 30s there were around 150 employees, there used to be: a dock, six drying areas, a carpenter shop, a mechanical workshop, a coal production area, a stockroom, a water reservoir, a sentry and a residential building.

In 1908, the factory purchased one part of a plot located in the area of the old medieval Solila, which had not been in operation for a long time. That land was used to extract raw material – clay for the factory. The zones where clay was widely used are recognizable today, because they are lower than the rest of the terrain and they are filled with water. A cable car was constructed for the transport of clay from Solana to the factory. Prva Bokeška Glinena Industrija (First Bokeška Clay Industry) was open until after World War II.