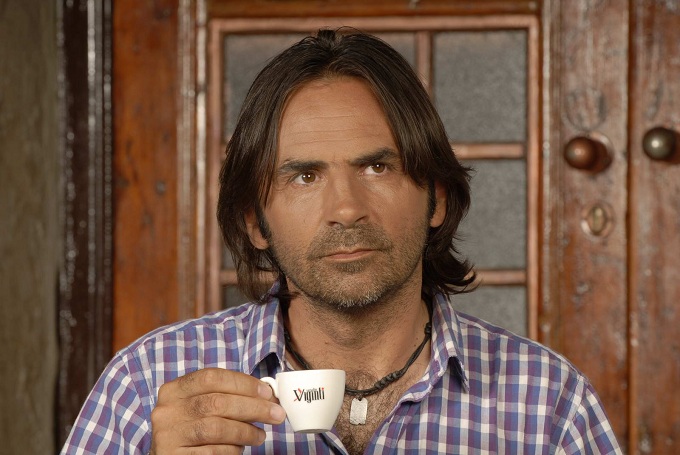 Editor of the Editorial of contemporary programme of BHT1, an author whose professional side always pulled him towards art, design, communication, had spent a month in China on a business seminar. Although, he was much informed about this country, his own, personal experience was quite contrary. This is his story

His description of the trip to the most numerous country in the world, our interlocutor began, how else than with the Great Wall of China.

Mao Ce Tung said that the one who has never climbed the Chinese wall is not a genuine man. And we succeeded. We climbed over steep steps loaded with a camera, a stand, a bag with additional equipment even though we were gasping. The wall, erected to prevent a breakthrough of the invaders, is today the biggest, Chinese, tourist attraction. Besides the Chinese wall, we visited the complex of imperial palaces and chambers known as the Forbidden City. Masterpiece of Chinese architecture, this enormous complex covers an area of 72 hectares, where the Emperor had lived in unimaginable luxury. He had his own harem with thousands of concubines, same as the Turkish sultans had. Right next to the Forbidden City is Tiananmen Square, the biggest square in the world; Nihad began the story about his Chinese adventure.

THOUSANDS OF PEOPLE AND CARS

How much time did you actually have to explore China?

On a call from an Institute for media research, Administration for press, radio and television of PR of China, we stayed three weeks in Peking on a seminar for media development and new era of HD digital broadcasting for the developing countries. I spent 7 days in the city Qingdao, on the banks of the Yellow sea. The lectures lasted even 17 hours but on Sundays; sightseeing tours had been organized for us of the most popular locations but a part of the country we organised to see ourselves.

What fascinated you in China?

-Certainly, China is another planet, completely new dimension. Everything is much bigger from what we are accustomed to: number of people and cars in street, the size of streets, number and size of the existing and cities under construction, the grandeur of the imperial palaces. Chinese economy is, according to the relevant, economic indicators, second country in the World, and as a result of its economic progress, Peking turns into a real economic giant. The capital moved the boundaries of possible. Elegant sky-scrapers, modern building made of marble, steel and glass all transform Peking into World’s metropolitan city. The city never sleeps, everything is so spacious and so crowded so you don’t have impression that you are only a drop in a sea what is, at the same time both fascinating and frightening. Air pollution is a major issue so in these three weeks, we saw the blue sky only for three days. Another thing that is interesting is Chinese sense of unity and pride, no matter which religious or national denomination a person belongs to and a sharp sense of patriotism.

What other natural and historical beauties you managed to see?

Summer Palace in northwest Peking on the Kunming Lake. Its name in Chinese means “the garden of perfect harmony” and today, it is considered to be a standard example of Chinese, natural, scenery gardening. The Emperors spent their summer holidays here. The trademark to this place had given Empress Cu Si (CiXi), who rose through the ranks from a concubine to an empress giving birth of a son to the Emperor. At the end of 19th century, after the Emperor’s death, she took over the Empire, since the prince was too young, she ruled instead of him. She built a theatre where artisans and musicians entertained her. When the Empire was threatened by invaders, she erected huge, marble boat where she organized banquets and celebrations. The Empire collapsed and the stone boat was left as a tourist attraction. On each deck, there is a large mirror to reflect the waters of the lake and make an incredible impression as if you sit on the water.

Was it difficult to communicate with the people?

Communication in English is quite difficult but younger generations of Chinese speak at least one of world’ languages. When you drive by taxi, it is necessary to have an address in Chinese.

Which traditional custom you encountered most frequently?

Since harmony is a key word for Chinese people, finding a new harmony is an imperative of today’s modern China. They develop faster that the world is able to catch up it, both physically and mentally. Harmony is seen in the jing and jang principle, Confucius philosophy, where a picture of retired persons exercising tai-chi in a park or dancing waltz in an open space with the music from speakers, fits perfectly. Most Chinese practice the principles of feng shui when they build or decorate their homes. A unique experience are visits to gutongs-old parts of a city, where people live traditionally, despite the fact that they live in the 21st century, in the city with population over 20 million. If you want to get to know life of an old Peking, gutongs are perfect for that. Warmth and closeness among those people is almost touchable which is quite rare these days.

Which traditional, Chinese dish have you tasted?

We have all heard about Peking duck which is prepared in a special method. It is filled with soup, closed up so it roasts on the outside and boils inside. At the end of a process, meat is glazed with honey so you get lacquered surface which is the reason why French call it lacquered duck. It is served with mandarin pancakes. Chinese love steamed dough with different fillings in different shapes. In Chinese, it is called “baozi” (buns), pastry with beef and peanuts, mushrooms, spinach, pineapple, salmon. There are also dumplings filled with seafood. There are regional differences in Chinese cuisine. People in Peking like neither too bitter nor too sweet. People in Shangai like sweet and in the northeast bitter and sweet

In what kind of catering facilities you liked spending time most?

At the Street vendors, in a colourful, labyrinth of colours, of fragrances and tastes, where you can taste local delicacies and specialties. The smell of fried fish and street vendors’ murmur, catch all your senses. Every bite is completely different from everything you have ever tasted before at home. Street food is cheap and you can also palter. You can try various kinds of scorpions. They are served as skewers, on sticks, still alive so to make you sure that you eat them fresh. Then, you choose an insect or spider that you want and they put them on grill. We haven’t tasted that and honestly, there was not such a crowd of people who rushed to taste it. Here and there turned up some courageous tourist. Besides these products whose purpose is to attract tourists, great part of street’ offer are vegetables. Red meat in China is expensive so they mainly cook vegetables, chicken and tofu.

What illustrates best the atmosphere on Chinese streets?

Economic development increased self-confidence and life expectations to the new generation of Chinese people. Young Chinese spend large amounts of money which their parents could have just dreamed of. Western consumerisms knocked on Chinese door as well. New generations of Chinese, who will soon take a leading role in society, are the first generation shaped by economic reforms. They experienced availability of communication and information technology, they successfully go through numerous social media, micro blogging platforms, internet sites…It is of crucial importance for china to understand and realize what motivates these generations of young Chinese, what are their expectations in life, what makes them different from their parents and how will they influence the economic development.

Has China come up to your expectations?

It surpassed them. All prejudice about Chinese people I used to have turned out to be groundless. What is happening in China now, is not a current phenomenon. The importance of Chinese recovery, Napoleon predicted at his time saying: “Let the dragon sleep. When it wakes up, it will shake the World.”