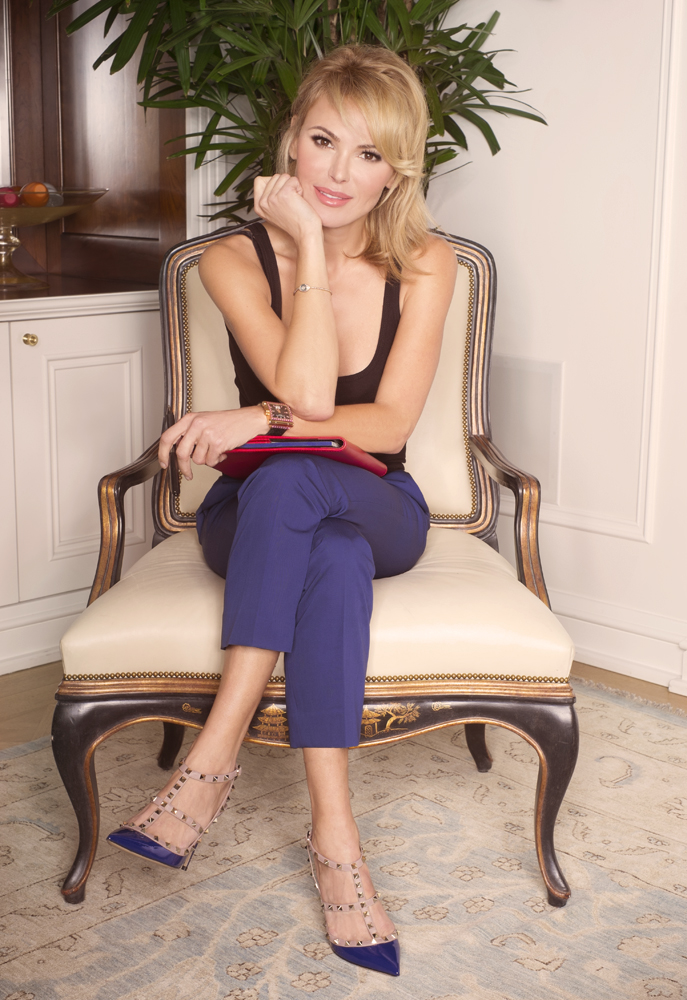 Sanela Diana Jenkins: The most powerful woman from B&H

All strong women follow their own path, and those who are even stronger also raise their voice for others. That is what Sanela Diana Jenkins is like, an unbreakable Sarajevan, who took to the stars after a refugee’s path, becoming a successful entrepreneur firstly in London, and then also in Los Angeles, where she lives and works today. In her heart, she is a philanthropist and an advocate for human rights, which she constantly shows through selfless donations, which she directs towards vulnerable categories in the world. However, her homeland always comes first as she patiently lobbies for it, feeling sure that its time is coming.

B&H as a brand

You have been living abroad for a long time, but one gets the impression that when it comes to acting in the interest of B&H, especially in the domain of rights and justice, and humanitarianism, you are always here. Besides the fact that a lot of love connects you to B&H, how much of its culture, customs, tradition is there in your life?

–  I’m absolutely always with Bosnia and Herzegovina and that’s how it will be going forward. How could I be different when I have the blood of my Bosnian father and Herzegovinian mother running through my veins! My son is 19, my daughter is 15. No day of their lives has gone by without someone from Bosnia. I’m always with them, and if I’m not there, then there’s one of our two women who have been with us since they were born. My children speak Bosnian fluently, they love pie, sarma and ćevapi the most, they spend their holidays in B&H. Our life revolves around Bosnia in one way or another on a daily basis. Also, at our home in Los Angeles, all the Bosnian TV channels are available. Even though I don’t regularly follow our program, I’m familiar with all the TV stations that are watched and I’m aware of the main issues that trouble our society.

As a successful entrepreneur, how would you brand Bosnia and Herzegovina?

–  Bosnia and Herzegovina can be branded in a number of ways. However, what would be particularly interesting beyond its borders is the charm and magical nature filled with multiculturalism. We have something that no one in Europe has, and that needs to be emphasized. 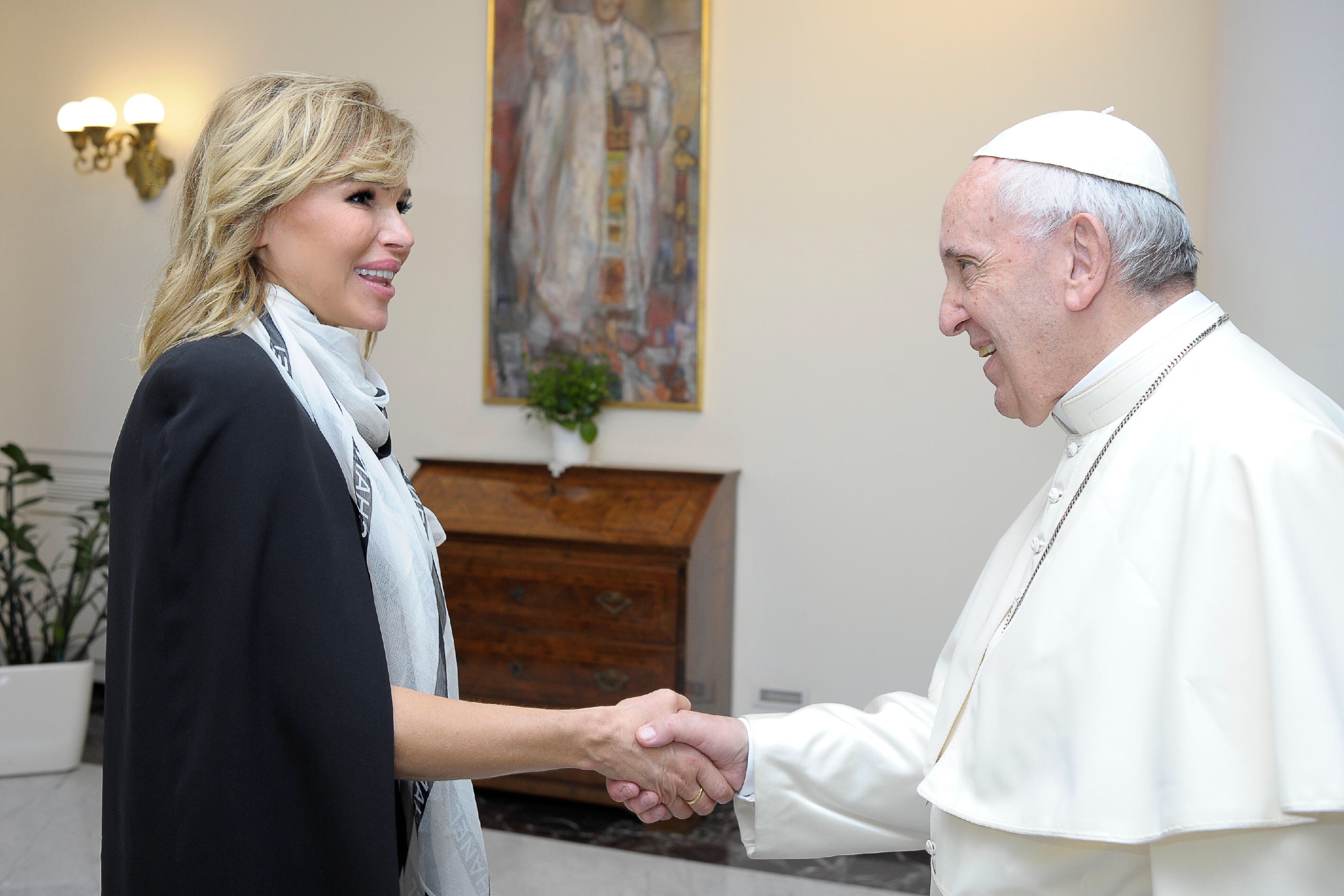 In what fields of business do you see great opportunities for B&H?

–  We used to be an industrial country, and I know that part of those capacities has been renewed, but tourism has a great chance, as well as the development of the energy industry. As the IT industry is blooming in the world, and we’ve always had great engineers, I believe we could do a lot in that field. We have good companies which do most of their work for foreign markets, therefore, it’s necessary to give incentives, which will provide an additional motive for the development of this field. 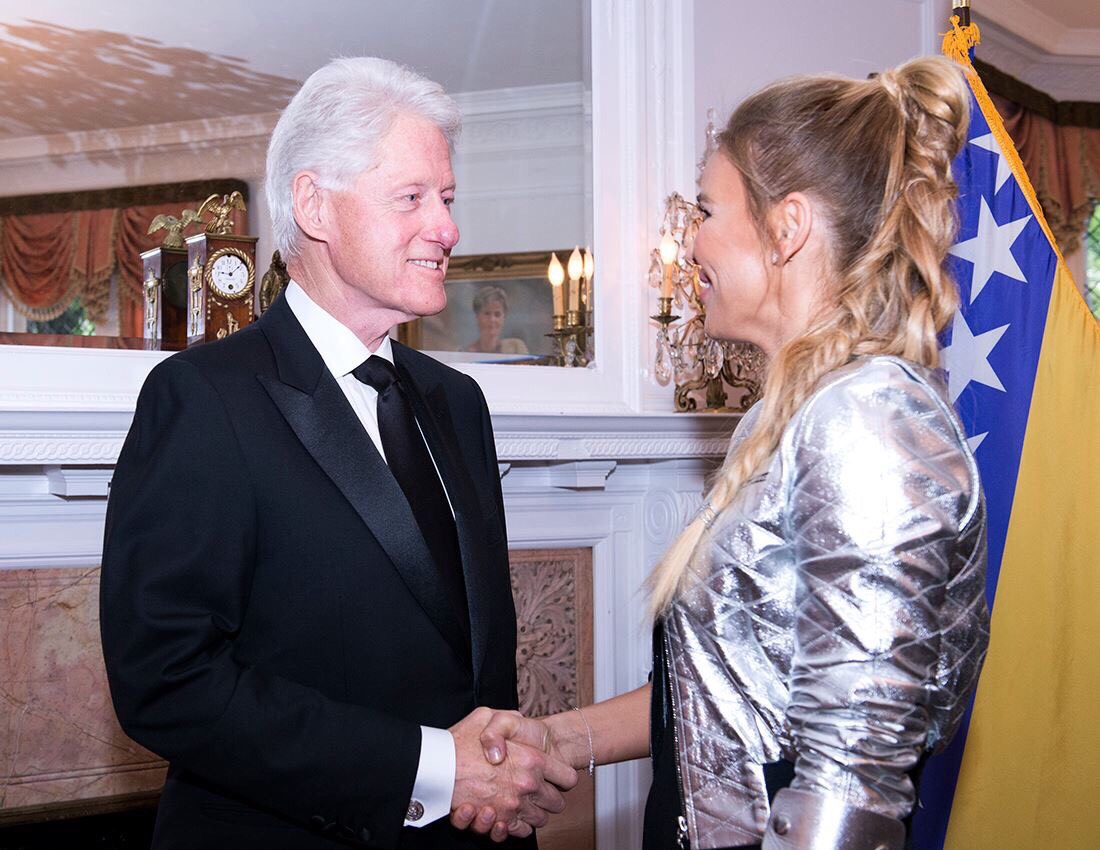 You have friends and acquaintances among great people from different fields, such as Bill Clinton, George Clooney, Elton John, Roberto Cavalli, Wladimir Klitschko… You have visited the Pope, which is something only few people get to do. How do you usually describe your country and city to people you meet?

–  Depends who I’m talking to. Generally, people from the entertainment industry don’t really follow politics, so I talk more about the beauty of our country and some details which they might find interesting. However, George Clooney and Klitschko are different and they know about what’s happening in the world very well, including what’s happening in Bosnia. Globally influential people, like Pope Francis or Bill Clinton even know details. This year I spoke to them on separate occasions. I’m surprised by the level of awareness about our current state. They both support the standards that are set in the UN Charter and the European Convention on Human Rights, and that is the protection of people. Anyone who believes that the civilized world will support separate policies is fooling themselves. I’m sorry that we’ve been blocked for years, because some people have unrealistic dreams. In the end, Bosnia will be a country of civil democracy, like every other country in the European Union. We’ll have to conform to these principles, as they certainly won’t conform to us. 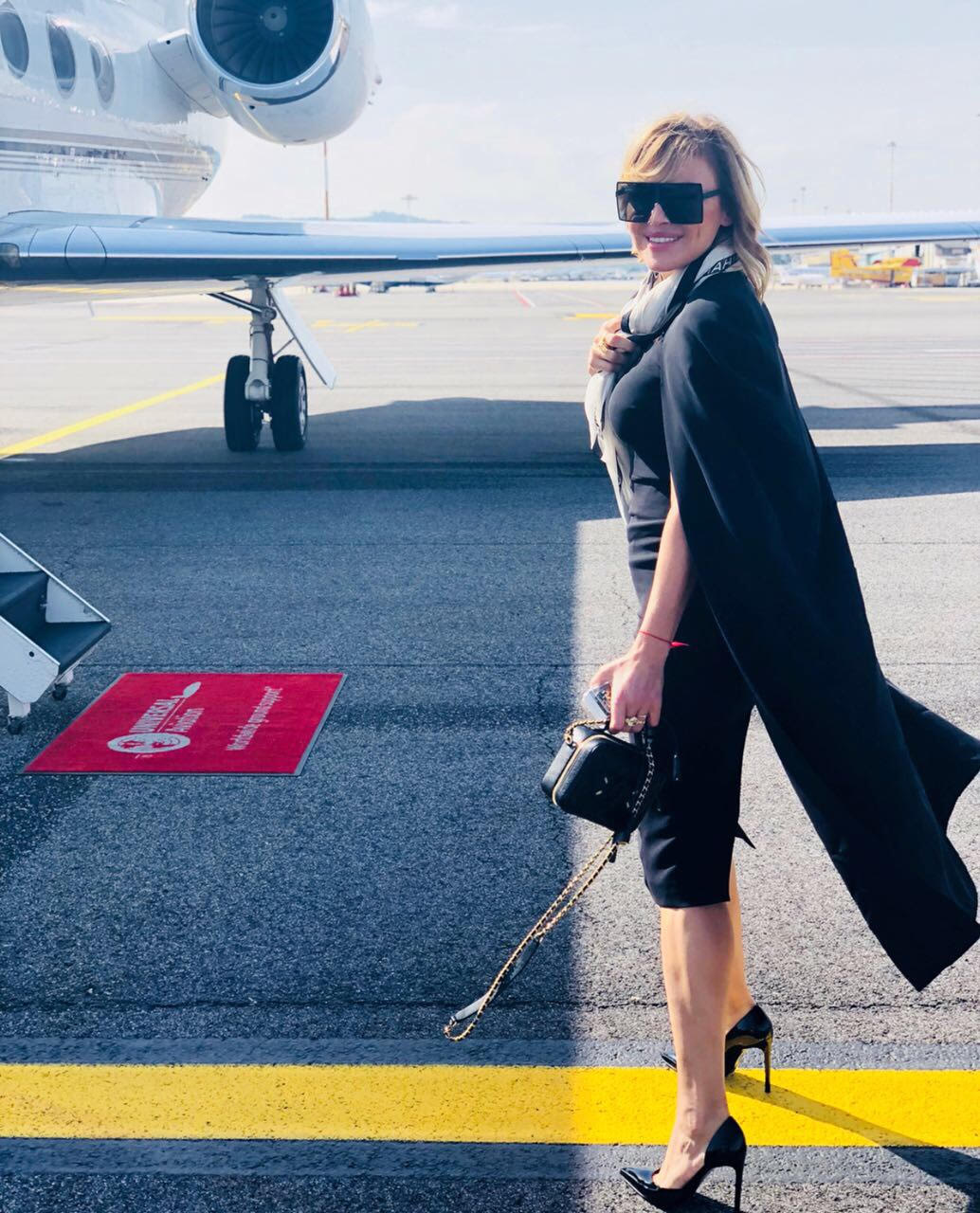 How do you spend your time in B&H?

–  Sarajevo and Mostar are my main destinations in Bosnia and Herzegovina. When I’m in Sarajevo, I never miss daytime coffees with friends, as well as Vrelo Bosne. I can’t wait to go for a cable car ride again and see my favorite city from Trebević.

Rest for the soul

“For vacations, I always pick tourist destinations that I feel will recharge my batteries in that moment. In summer, that’s usually the Mediterranean Sea. Still, I’m most happy when I can be at the Adriatic coast with my family and friends.” 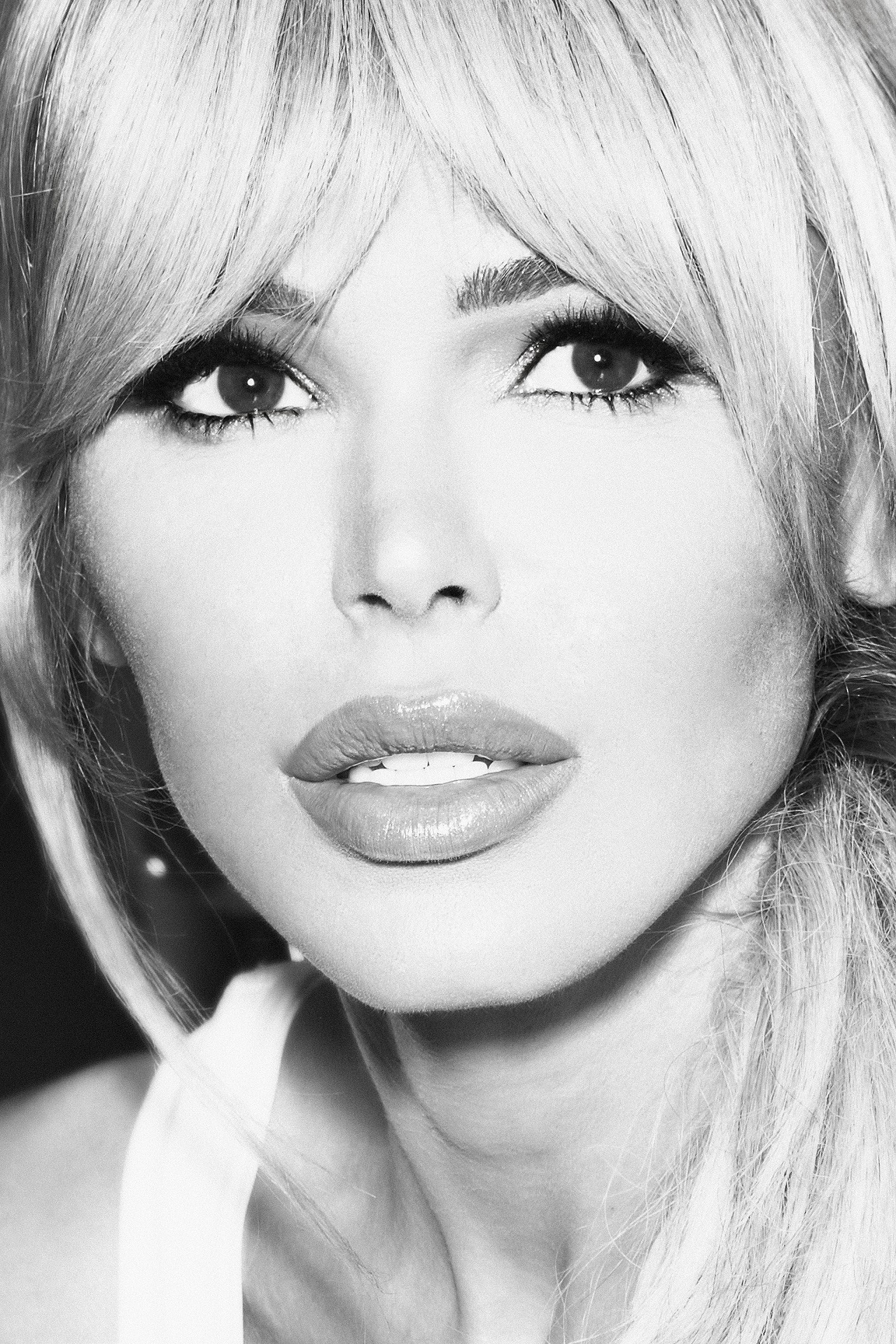 There are more and more women in leading positions in different fields of business and industries in the world. What were the biggest challenges you faced as you were building your career?

–  I wasn’t raised in a way to be unequal with men in a legal sense, so I didn’t face those kinds of issues or problems. I never think about that. I always did the work that was to be done, not paying attention to whether there was a man or woman sitting opposite me. I believe that everyone has their natural role, we see the world differently and there’s no natural sign of equality between the sexes. However, that doesn’t mean that someone has more rights than others. Differences need to be used positively under the condition that no one feels threatened. 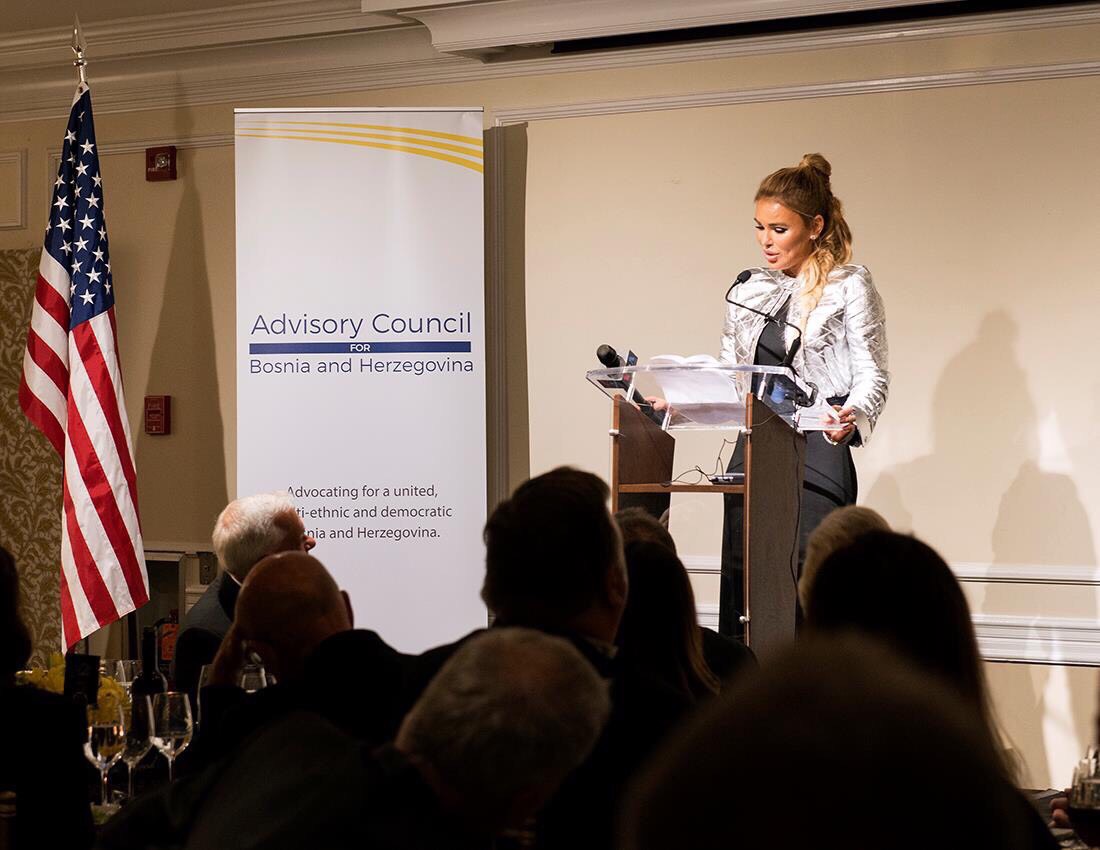 Even as a student of computer science and economics in London you wanted more out of life. What was your recipe for success?

–  I think every young person wants more out of life. Each individual’s path is specific, and so was mine. I don’t think that there’s some special recipe, but we all know that we have to work on ourselves in every sense to achieve results. And in the end, everything that happens is dependent on a number of factors, so it’s difficult to offer a universal recipe for success.

You are the president and owner of an international company for health drinks Neuro with headquarters in the United States of America. Do your recent business plans include entering the B&H market and the region?

–  I had plans of that sort, but I was preoccupied with conquering the American market. When you do a good job there, it’s easier to move forward. In order for former Yugoslavia, which they now call “the region”, to progress and get investments, in my opinion, it’s necessary to firstly calm national tensions, and an economic boom will happen in a couple of years. People in the Balkans are intelligent, capable and fast learners. Unfortunately, the outdated national dreams of certain political centers have been holding the entire region hostage, so we are where we are. The result of those tensions are deserted towns and villages, tired generations. My current focus is on contributing to providing stability, and after that it’s not hard to invest and bring in other investors.

You also take part in numerous humanitarian actions for regions affected by various adversities. What kind of human suffering affects you the most?

–  Human suffering really gets to me, especially when it comes to children. They’re the most vulnerable and sensitive category of every society. I’ll always try, as much as I can, to help children from any part of the world, of any race, of any nation… 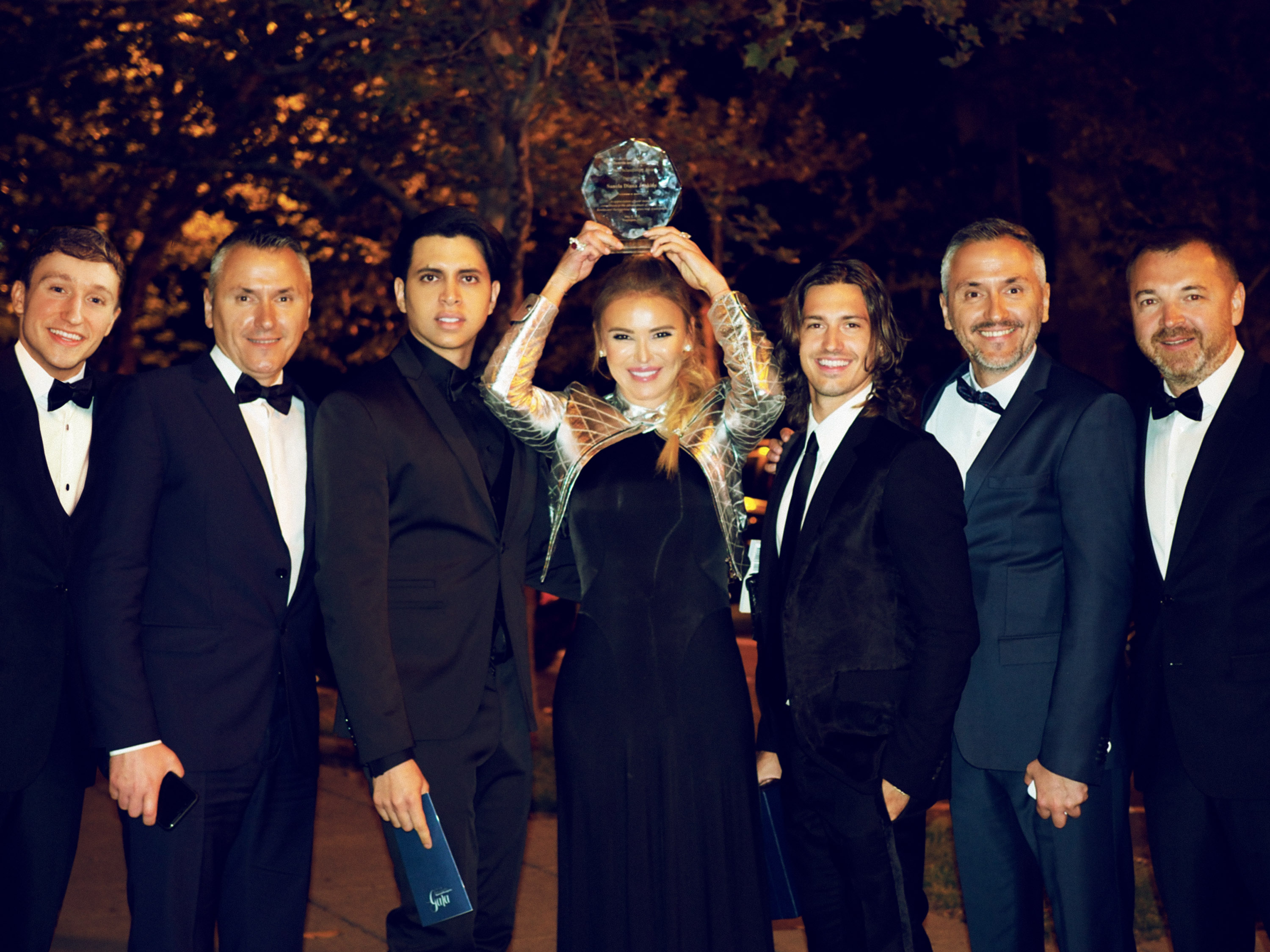 What do you still dream about?

–  The world we live in doesn’t leave a lot of space for dreaming. I’m a very realistic person who believes in concrete and dedicated work. Still, I dream about waking up and jointly making our country what it is – the most beautiful in the world. I believe that we have the capacity to do that.