Sejo Sexon: Memories from Sarajevo have Become more Precious to Me

Davor Sučić, better known as Sejo Sexon, is a musician and lead singer of the band Zabranjeno Pušenje from Sarajevo. Enthusiasm, good fun, top musicians and songs, each of which tell a story of their own, are what make this band different for almost four decades. This favorite band from Sarajevo has recorded an album titled Šok i Nevjerica (Shock and Disbelief) after a five-year break, and Sejo told us what it was like to bring some fresh material to their audience after 10 albums.

– It’s very hard to bring something fresh to the scene. It’s like having a new guy come to a barbecue, who tells new jokes and who’s really funny, and everyone enjoys his presence, spirit and jokes. However, when these barbecues are repeated for 20, 30 years, then that guy becomes less interesting over time, and new, more interesting guys come to that party. That’s also how it is with musicians. After that many years, it’s hard to be equally entertaining. Everyone says Here they are with the same jokes, they’re so boring…, and that is the fate of all long-lived bands. That also makes us very motivated, it’s something that gets our adrenaline pumping and awakens our fighting spirit. All in all, I’m happy with our last album and the reaction of the audience.

Once again, you have brought some of our reality into your new album, but always with a dose of humor. How important is it to you to not just entertain your audience, but yourself as well?

– The latest medical studies show the healing powers of laughter. It has been proven that the people who have a positive attitude towards life are healthier, and may even live longer. I was just born that way and it’s a gift from God that I see everything from the funny side. That’s how I compose, create, write… With those who are born dark and pessimistic, even Nadrealisti and Zabranjeno Pušenje would have a hard time getting them out of that state…

You presented your album in Sarajevo as well, with a free concert at Skenderija. What does it mean to you to donate a concert for people in Sarajevo?

– It always brings more happiness for a person to give than to take. That concert fulfilled our hearts, as we owe those people who are a part of our creation. When you look down at the audience and see some people whose stories have ended up in your lyrics, whose lives and events have become part of your art, you have to be grateful towards them. Most of the stories from our songs are not our experiences, but the experiences of people from Sarajevo.

Even though you live in Zagreb, this is where a part of your family and numerous friends live, and you also spent many years here. What is the relationship of Sarajevo-Sejo like today?

– Today, those moments and memories from Sarajevo are more and more precious. Now I also value my time more and I try to spend it as best as I can. I used to have more time for all sorts of fools, while today I try to focus on people from my childhood and a period of life when I had a few coins in my pocket and I was a man who meant nothing in the media and business world. The people who had love, time, and understanding for me back then are the most precious to me.

Even though they used to be part of one country, I assume that regardless of that fact, life in Sarajevo is different from life in Zagreb. What is the main difference?

– We are two cities where people live very similarly, speak very similarly, and have similar habits and temperaments. I think that the main difference comes from the fact that 500 years ago, Zagreb was under the influence of Austria, and Sarajevo was under the influence of Turks. Those are two different approaches to life, which haven’t completely faded to this day. In Zagreb, life is a lot like the one in the West, people don’t have time for each other, but they are a lot more dedicated to the professional side of life. Everything is a lot more relaxed in Sarajevo, mistakes are more easily forgiven, and there’s a lot more solidarity. 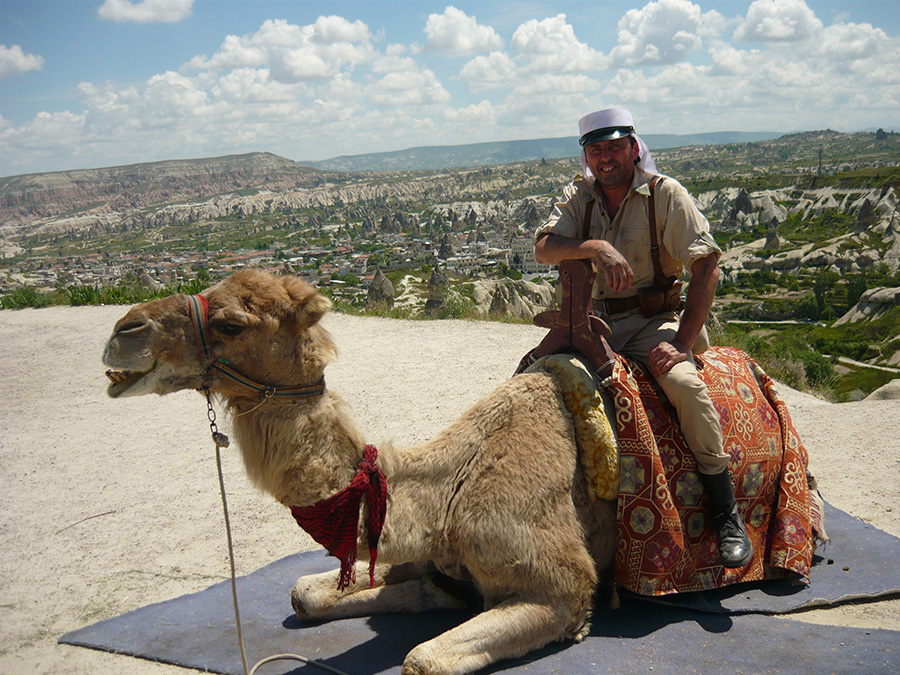 The band Zabranjeno Pušenje never turned down performances, you said yes to everywhere and everyone. Is there a place where you have performed, which you would characterize as exotic?

– When you play in the Balkans, most places are exotic (laughter). You come across various improvisations, and approaches which are often very exotic. Probably the most exotic place we’ve worked in is Cappadocia in Turkey. That is an area that really looks completely unearthly, a place where you wonder which planet you’re on.

You have been on the scene for four decades. If you could start over, would you change anything when it comes to Zabranjeno Pušenje?

– If I could, I’d change the name. I’d try to come up with something a little more serious, along the lines of Black Matter, Eternal Paradox… This name was supposed to be temporary – for one performance, and in the end, it stayed forever and ever.

Apart from with Zabranjeno Pušenje, you also left a great trace with Top-lista Nadrealista. How do you view that period from a distance?

– That is a very interesting crew. Even though there was no specific plan, Nadrealisti would always react to the most current events, because the scenarios were always done in the last moment and the shooting was chaotic. Nobody in the world does humor like that, that’s why they had a unique effect on people and became an unforgettable part of our TV tradition. It was an experience of a lifetime.

What is it like to balance your personal and work life as a musician?

– Over the years, it has become easier and easier. You learn to say „no, I don’t have time“, and your wife and children also warn you of that. While you’re talking on the phone, they roll their eyes and give you signs that you should turn something down.

Family and neighborhood gatherings used to be something holy. However, in this fast way of life that we lead, that has lost all its charm. Do you have any rituals and customs that you have stuck with?

– I have a ritual at Koševo with my crew from primary school. My friend Špiro has a barbecue spot, with that Das Ist Walter view of the city. Each time I’m in Sarajevo, I try to spend several hours there. We try to refresh each other’s mind and remember the situations that we’d surely have forgotten about had it not been for these briefings. I’m slowly starting to forget things and those moments are precious in order to make a bit of a backup of my memory.

When you do not have business commitments, what is your favorite activity?

– I try to go skiing each year, and I regularly play football with friends. Today, I spend a lot of the time in front of the goal and pretend to be the center-forward, and I run less to preserve my arms and legs, so that my day job wouldn’t suffer.

You used to be an avid supporter of Football Club Željezničar. What is your relationship with football like today, do you follow Željo?

– You don’t support Željo, you live for Željo. I often use this lifesaving statement with friends, when they ask me why I’m not at the games, why I don’t come more often. Weekends are unfortunately a time when both Željo and I are at work.