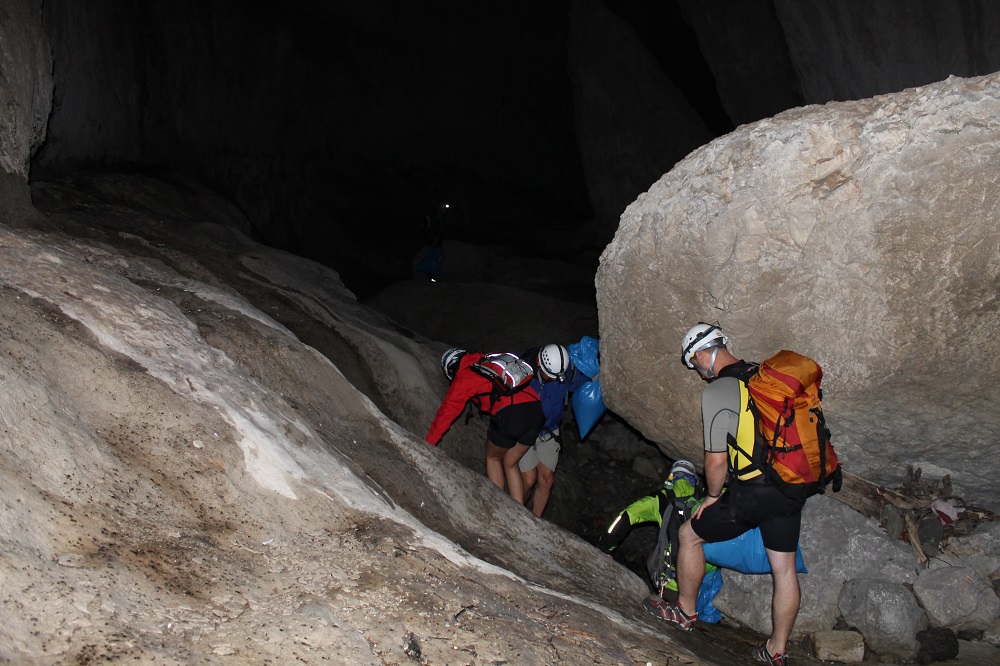 Ponijerka-Boganovići Cave near Olovo always represented a challenge for the „naughtier“ local boys and girls. It was recently opened to people, as one of the activities and tourist offerings of Mountaineering Club “Smolin” within the Via Dinarica project 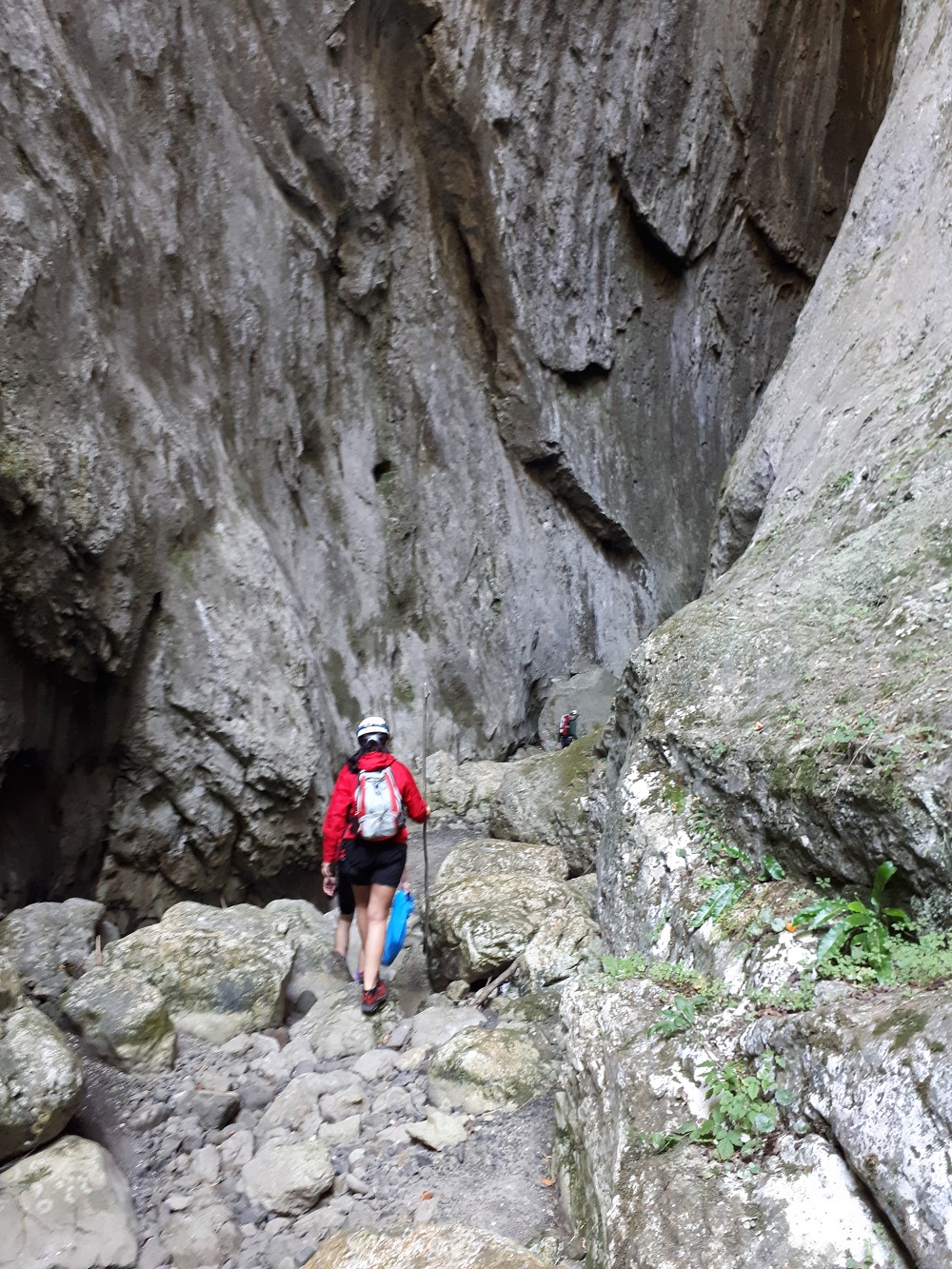 Cave tourism has been long-established across the world. The number of yearly visitors of some of the most famous caves across the world, for example, the American Mammoth Cave, is in the millions. There are also caves in BiH which have become true tourist attractions: Vjetrenica, Buna, Djevojačka Cave, Bijambare… Each of them has its own story, character and offering, which attracts visitors who are eager to see something different.

For generations, Ponijerka-Boganovići Cave has represented a kind of “test” for the more courageous local children wanting an adventure and challenge. Especially charming is the fact that you enter the cave in one village– Ponijerka, and exit in another– Boganovići, in the valley of Krivaja River.

The members of Mountaineering Club “Smolin” from Olovo wish to share this cave and its luxury with everyone who loves nature and adventure, so they made it more accessible without disrupting its natural look and made it a part of their activities within the Via Dinarica project, and the Green Line of the Via Dinarica happens to stretch through this area.

With financial aid from the UNDP, their own co-financing, and the help of Olovo Municipality, secure footholds were installed in the cave, and an information board map was created and set up on the “Nusret Džakmić Nuki” Mountain Lodge, which is located in the village of Ponijerka, only a 45-minute walk from Ponijerka Cave.

The very way to the cave is marked by a picturesque passage across fields, with the streamlet of Ponjerčica running across them.

“The cave is about 250 m long, its height in some parts reaches up to 30 m, and the lowest ceiling does not go beyond 20 m. The width varies from five to 30 m. In one spot, you can even see the light from the entrance and exit. For a group of five to ten people to pass through, it takes from 40 minutes to an hour”, explains Emir Ećo, member of Mountaineering Club “Smolin” and one of the founders of the sports climbing section of this club.

100-YEAR-OLD CARVERS OF THE CAVE

Rapids, as 100-year-old “carvers” of this cave, have formed three cascades with pools of water at the bottom, varying in height from ankle-deep to above-the-knee deep. Therefore, it is impossible to pass through the cave without getting wet. In addition, Ećo points out that the cave is not intended for people who cannot walk for three to four hours and cross an amplitude of 500 m, i.e. climb the nearby hill without getting very tired.

“This can also be seen prior to approaching the cave, because a similar amplitude has to be overcome, and the walk across the trough is not a paved path, but rather we are talking about walking across stones varying in size from a walnut to a Fico car. In the cave, we also have a polished stone floor, which is wet in some parts, so that caution is truly required, so as not to slip. For an individual to pass through the cave, they need to know the elements of alpinism, in concrete terms, the abseil, i.e. climbing down a rope, where the following is required: rappel belt, helmet, 15 m rope, carabiner and abseiling gear. In addition, a lamp, shorts and sandals, or something that you can get wet in, is required. For abseiling there are footholds, which you cannot miss. We’re talking about abseiling in three spots, across dry waterfalls, i.e. across vertical walls varying in height from 2.5 to four metres. For an individual to pass through, it takes about 20 minutes, and it takes a little longer for groups. Based on how it’s arranged, transport can be organised for people on the other side of the cave, if they wish to avoid the walk across the Krivaja canyon back to Olovo”, says Ećo.

The above-mentioned equipment, apart from lamps and clothing, can be rented at Mountaineering Club “Smolin” only when accompanied by a guide, i.e. an experienced Alpinist. They are, at the same time, responsible for helping people without prior Alpinist experience get down, but this still refers to people who are savvy enough to use a rappel belt, and who are not afraid to drop down from a height of four metres, at the most.

“This project is still being developed, it’s probably not going to have a sudden expansion. However, I think that everyone who comes and passes through our cave once will have just one intention: to talk their friend into doing the same thing, because there is no other way to describe entering the darkness of the cave in one village and exiting into the light of a completely different village”, says Ećo. 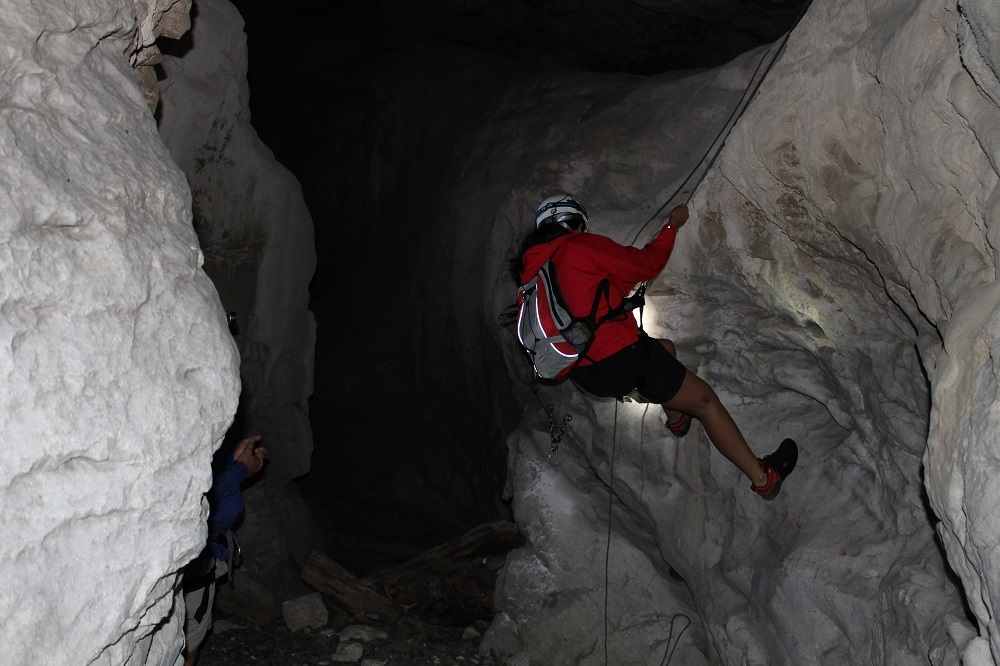 The cave has been explored 100%, and in the world of speleology, it falls into the category of very accessible caves. The classical cave „jewels“, in the form of stalactites and stalagmites, are visible only in a few places. There is a story that the entrance to the cave served as a pilgrimage site for some time, but that it was moved due to an accident – the death of an imam. 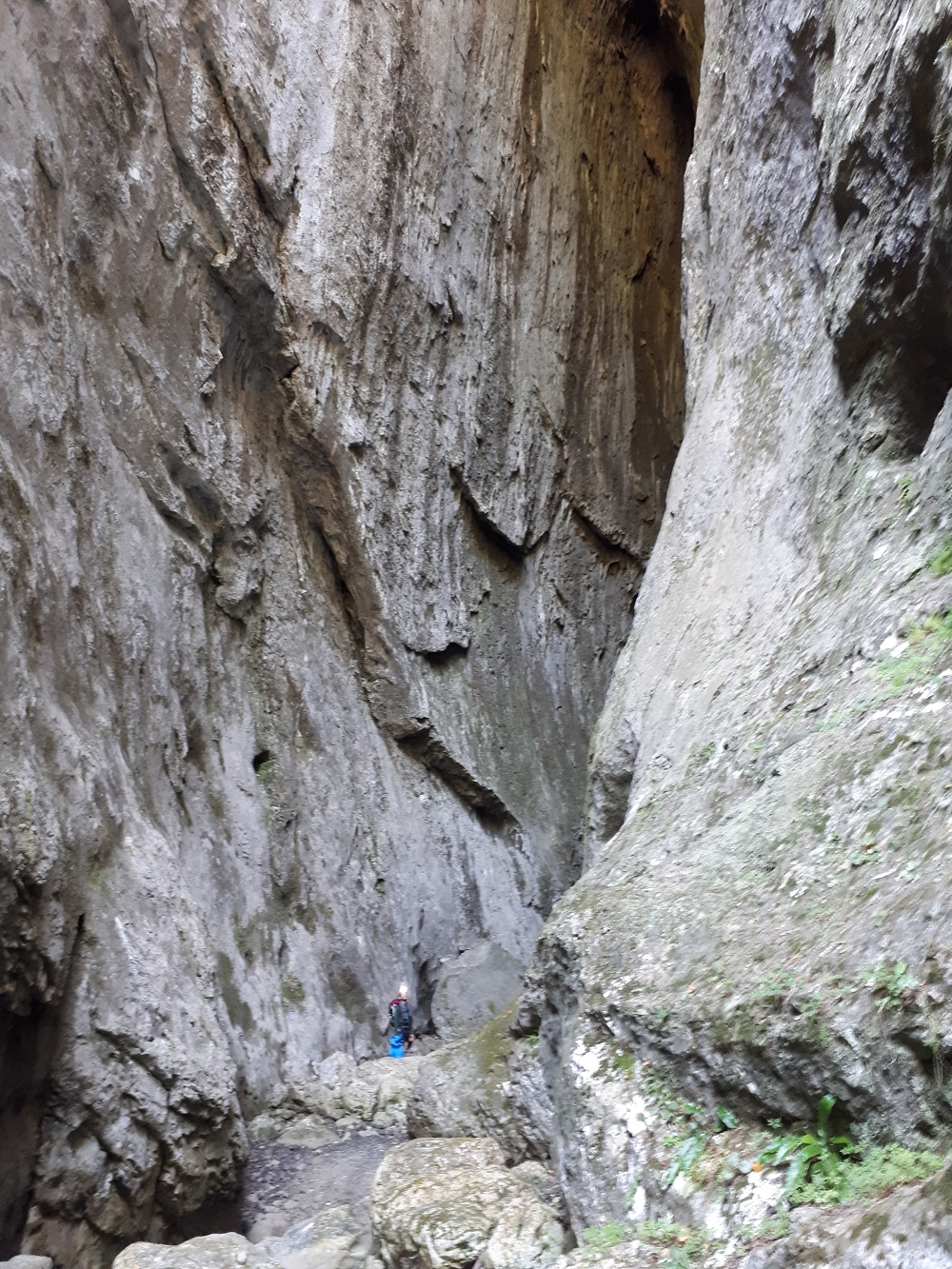 There are almost no plants in the cave, probably due to its tunnel shape and constant airing. When it comes to animals, bats have found a home there, and the flutter of their wings can sometimes be heard when passing through the cave, while pigeons „camp out“ at its entrance.