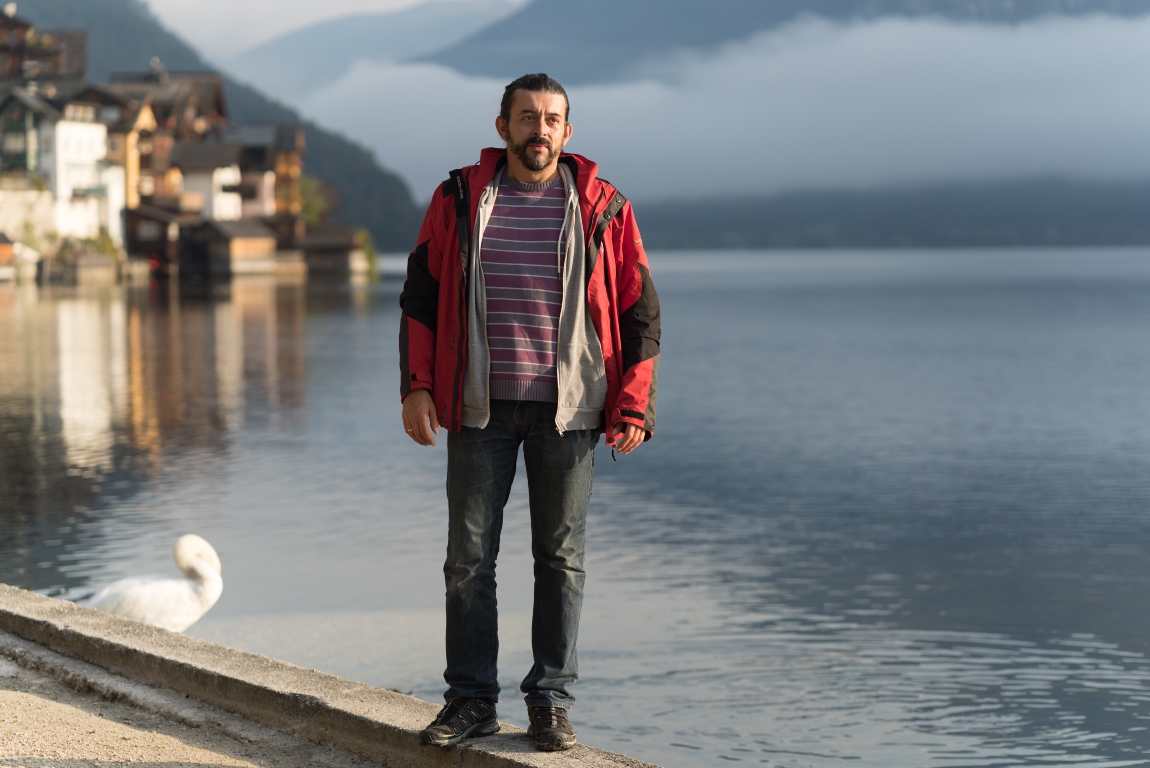 Adnan Bubalo is an award-winning photographer from Bosnia and Herzegovina whose name has become a synonym for world-class landscape photography.

He Got More Than He Could Have Dreamed of

A defining moment for him to get into photography was not a decision he made; it was a task he was given to complete during the war in Bosnia and Herzegovina. He did not think about his love of photography back then. Only later Adnan Bubalo he realise that he had been fascinated with photography from a very young age. He remembers that he would use any chance he could get to look at pictures in books and magazines, and he would do it for hours on end. In his 25-year-long career in photography—a milestone he recently celebrated—a few moments can be singled out. His experience of war was harrowing because he got wounded twice. Any challenges he had to face after that were just obstacles he needed to overcome as he moved forward. He treats challenges as part of everyday life; they spice up his life and he really enjoys it. He believes that when you are dedicated, when you have got a goal, you cannot be sluggish about anything, you enjoy everything you do, even prepping your gear, climbing mountains, hiking, waiting… Given that he believes that what matters most is the fact that photography brings together people with common interests and passions, he thinks he got more than he could have dreamed of.

A Photograph in a German Museum

As it usually happens, photographs spoke for themselves and spread the “word” about him halfway across the world. He got an invitation from Air China, one of the largest airlines in China, to go to China and take pictures in different locations including the impressive Tibet area. Wishing to learn from the best in the field, many international photographers, predominantly from the Middle East, are coming to Bosnia and Herzegovina to attend his photography workshops. He worked for a large number of magazines and on important projects such as Via Dinarica, UNDP missions, etc. Many of his images have won awards and have been published in renowned newspapers and magazines, the most notable of which are: National Geographic Traveler (Spain), National Geographic USA, Digital Photographer UK, Digital SLR Photography Magazine, The Weather Channel, The Huffington Post any many more. He exhibited his work in capital cities such as Rome and Istanbul, and in cities that have a symbolic meaning and that are of historic importance to the people of Bosnia and Herzegovina. He was greatly honoured to have one of his photographs, a 3×2-metre image, on display at the Gasometer Oberhausen, a museum in Germany, as part of a spectacular exhibition called “The Call of the Mountains”.

A Man of Nature

This world-renowned photographer has created some of his best images while exploring the landscapes he is as passionate about as he is about the work he does. Activities such as climbing mountains, hiking or exploring new locations are really important to him because of all the benefits they bring. Then comes photography. Over time, photography became increasingly important to him and that is why the equipment he always carries around with him includes a camera, which is heavy. Since he is originally from Fojnica, Mount Vranica is always his first choice. He would often spend nights at Prokoško Lake—the pearl of Mount Vranica—waiting for that perfect moment to snap a spectacular picture of the night sky. He says that the first visit to a location is particularly important singling out his venturing out in search of the Northern Lights. He spent days travelling north to see a miracle unfold before his very eyes, but the moment you actually see aurora borealis, he says, it takes your breath away, you are at a loss for words, and you cannot describe it.

Adnan Bubalo holds a degree in law, but life had other plans for him. He has been to various countries around the world, from Turkey and Greece to Northern Norway and all the way to China.