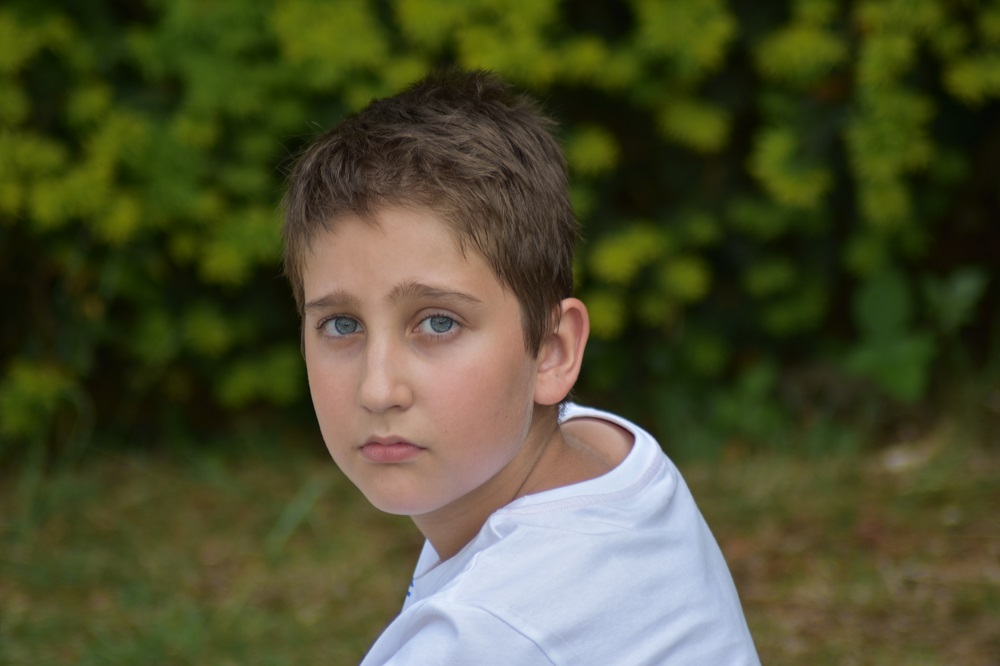 He rising star has already performed at the prestigious Royal Albert Hall in London, where he lives

The son of Bosnian-born Admir and Italian-born Rossane, Alec Haris Imamović, born on December 29, 2007 in London, had a great desire, will and talent for learning and discovering the new and unknown. From an early age, as we found out from talking to his father, who was born in Brčko, and moved to Great Britain during the war, he was fascinated by letters and numbers, and at nearly two years of age he knew the alphabet and numbers up to and over 1000, and soon he began putting letters into words, and words into sentences and before his parents knew it he had taught himself to read and count! Sometime later he started taking an interest in science, chemistry and geography. As a four-year-old, he knew the capital cities of the world, the solar system, and when he started school he took a lot of subjects, like mathematics and English, in higher classes, so in the end the Teachers’ Council decided to move him from first to third grade.

He recognizes musical notes and sounds with his eyes closed

However, the main characteristic of the boy’s uniqueness is his talent for music.

”Alec showed musical talent very early on. He was two when we got him a small electronic keyboard, where he would spend hours experimenting with keys and notes. In the beginning, it didn’t sound like it made much sense. One day his mother told him to stop pressing the same keys all day long and Alec replied: ‘But, Mom, I know how to play this.’ To our great surprise, Alec had played Beethoven’s Ode to Joy. The keyboard had a few pre-programmed popular melodies, and Ode to Joy was one of them. Alec had learned the entire melody step by step, following each note on the small screen of the keyboard. This is how he connected each note with a certain key until he had managed to memorize the entire piece”, recalls Admir the moment when their son’s refined ear for music became apparent, continuing:

”We decided to consult with music professionals, who upon having Alec do some tests determined that he has, as they say, the perfect pitch, which means that he’s able to recognize every note and sound with his eyes closed, and then transfer them to an instrument.”

Alec currently plays the piano, guitar, trumpet and recorder, composes his own melodies and songs, and he composed his own melodies for this year’s school concert. His role models are composers like Beethoven and Mozart, but he also loves playing rock and pop melodies. He attends Brecknock Primary School and is a member of Camden Music, an organization which operates under the patronage of the Prince of Wales Foundation.

”Thanks to Camden Music, Alec is able to show his talent among people who appreciate and support music and art. Therefore, he’s already performed at the Royal Albert Hall twice, first time three years ago as part of the orchestra, while in April 2018 he played piano solo. Last year, he also played Saltwater by Julian Lennon on the piano, while a choir that was formed from all the Camden schools sang the same song. A few days ago, he was invited to play the piano at a concert for the mayor of Camden. In this part of London, an event was organized with the purpose of collecting funds for the children of Camden Music. Their motto is that each child in Camden should know how to play at least one instrument.”

For Admir and Rossane, who speaks seven languages, including Bosnian, the fact that children whose parents are not from the country that they live in are achieving great results at school is fascinating, especially as their mother tongue is not English. Their older son Alec said his first words in Bosnian and Italian.

”We’re proud of all his achievements, but also of the fact that at every special event it is mentioned that apart from English, Alec speaks Bosnian and Italian. And that’s not just our parental pride. That’s how we show that we respect and appreciate the country that we live in and also that our roots and the genes of our children are important and should be praised and mentioned.”

Alec is currently taking theoretical and practical exams. His goal is to earn a place in the oldest British conservatory – The Royal Academy of Music, which is among the leading musical institutions in the world. He makes it clear that music should be his life profession, and, as things stand, this talented boy is on the path to telling us about a number of interesting events and stories in the future.