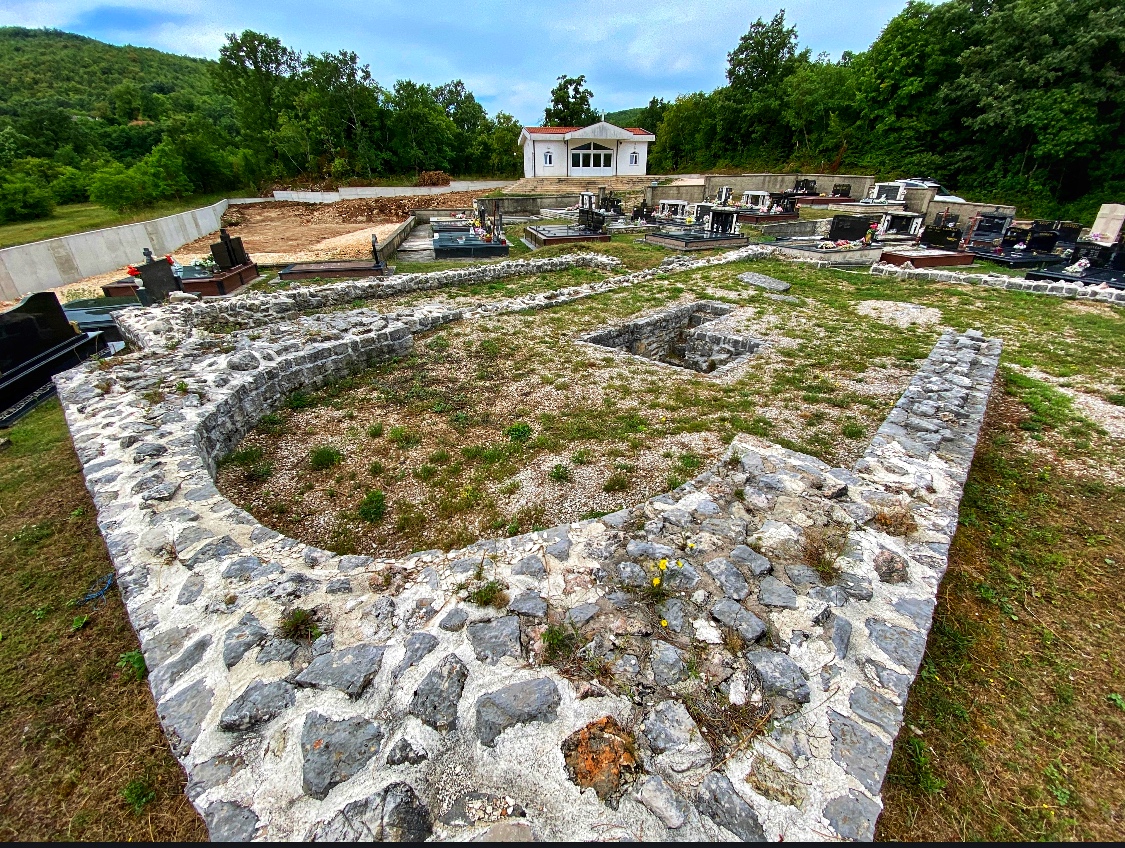 Forgotten for More Than a Thousand Years, Their Rich History Was Waiting to Be Rediscovered.

Although the Third World is used now as a derogatory term, the phrase was actually coined to describe the nations of the world who rejected the narrative of the Cold War, refusing to be subservient client states to either the Soviet Union in the East or the United States in the West.  These nations were characterized by a stoic resolve gained by years of perseverance and a willingness to face enormous odds, even if that meant facing those odds alone.  Third World nations had enormous pride in their ability to overcome hardships while holding onto their independence and unique cultures, often ancient cultures which had been retained even during periods of colonization and subjugation despite the best efforts of invaders and colonial administrators.

The history and reach of the Roman Empire and Christianity is one of the most glorious and yet most forgotten epochs in the Third World.  Millions of dollars are spent every year on religious pilgrimages to sites mentioned in the Bible.  Money is spent on airfare, on tours, on hotels, on souvenirs; with most of those trips heading for a very few destinations.  Rome and Jerusalem lead the pack for these explorations, with Greece a very short hop behind.

The Balkans, with its long history and its early place at the center of the Roman Empire, its distinguished lineage of Balkan Roman Emperors, battle sites, and a legitimate claim to a significant amount of Christian history, should be near the top of the historical traveler’s must-visit list.

The remains of the oldest churches of the Christian tradition are about three hundred years younger than the Christian religion itself. Illegal until after the Diocletian Persecutions of 303 – 313 AD, the remains of some of the oldest churches in the world are scattered throughout Bosnia and Herzegovina.  Often overlooked next to the magnificence of churches built after the 900s and the gorgeous and historic mosques with their own unique Balkan characteristics, the remains of more than seventy early Christian churches have been uncovered throughout Bosnia and Herzegovina alone.  These churches were usually built between the 300s and 600s, and then razed to the ground in attacks by Huns, Avars, and during the settlement of the Slavs.  They lay forgotten for over a thousand years, their rich histories waiting to be rediscovered.

One beautiful example of such a church is the Gradac site, not far from Grude in Herzegovina.  A rare example of the double basilica, this church was built in the early 400s and destroyed about two hundred years later – not to be rediscovered until 1968.  As with many churches throughout history, the area around the church was used as a graveyard – and the use as a graveyard continued even after the church was destroyed.  This graveyard in Herzegovina has been in use for over 1500 years, and the headstones in the area reflect this long line of history.  The evolution of grave monuments is immediately obvious, even to non-historians.

Two more things make the remains of this early Christian church important to history: it was near the route of the Roman military road.  Other, less well preserved, churches from antiquity are also in the area.   It was along the Roman roads that Saint Paul walked, preaching.  Although there is no firm evidence of exactly how far into Illyria St Paul penetrated, we know that he visit Illyria from the Bible: “…in the power of signs and wonders, in the power of God’s Spirit, so that from Jerusalem and as far as to Illyricum, I have fully preached…”  If Paul actually did make it into what is now Bosnia and Herzegovina, he would have walked upon that Roman road, the remains of which can still be seen in multiple sites.   Given other legends associated with St. Paul, such as the one which placed his legendary shipwreck on the Croatian island of Mljet rather than Malta, the possibility of his journey through the Roman Herzegovina cannot be dismissed.

The second item of importance with the Gradac church is its proximity to one of the sites associated with the birth of the saint who translated much of the Bible into Latin, Saint Jerome of Stridon.  Saint Jerome, born sometime in the 340s,  is not only responsible for much of the Biblical translation, but also authored a huge library of commentaries on Christian teachings and the historic figures that came in the three hundred years before his birth.  His exact birthplace is not known with certainty, but both Šuica and Grahovo are on the list of possibilities.  The ancient Gradac church is not far from Šuica and it is entirely possible that Jerome, who had Christian parents, also traveled to Rome upon the road that Paul may have used and knew of the congregation that would build the church in Gradac.

Saint Jerome provides yet another important link to the past of the Balkans.  We know that he was a polyglot, as he translated much of the Bible from Greek into Latin.  But Jerome left behind quotes about his native language as well, writing in one letter that people in the rural areas where he was from still spoke the Illyrian language.  This is an important clue that may give even more information about the timeline of the assimilation of Illyrian language and culture into the Roman, and later Slavic, world.

Important Centre for the Spread of Christianity

Roman and early Christian artifacts have been found in great abundance throughout Bosnia and Herzegovina, and some efforts have been made to preserve them.  Of special note are the collections held at the museum in Visoko and the museum attached to the Franciscan monastery in Jajce.  Both have gathered a wide range of artifacts, well displayed, and have helpful docents well-educated in that period of Balkan history and eager to share them with visitors.

Many things during the Roman era in the Balkans have to be inferred because direct evidence was destroyed when the invasions of the Balkans began in the 500s.  In one notable instance, the ruins of the Roman villa rustica at Višići were buried under the remains of a Slav settlement.  What was left behind, though, is a treasure trove of history of a time the Balkans was an important center of the growing Christian world.  It was, after all, a Balkan Emperor of the Romans, Constantine the Great – born in what is now Niš, who made Christianity the official religion of the Roman Empire.  It was Constantine’s decree that urged the spread of Christianity throughout Europe and the world, placing the Balkans in a crucial and influential moment and place in history that is not acknowledged often enough.