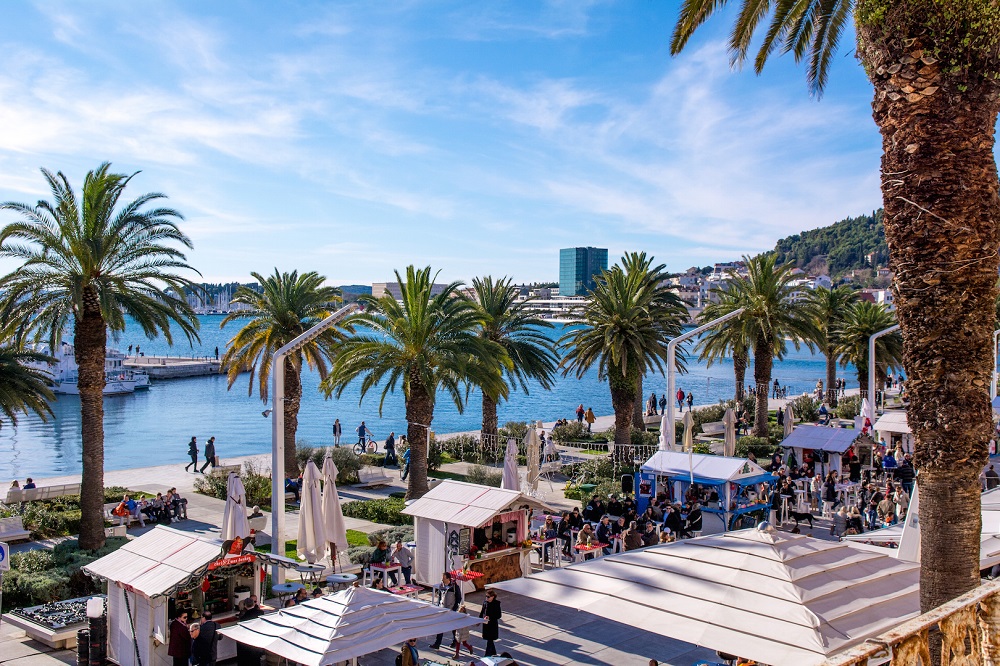 Split is a special place to be at the end of the year and it is a real adventure during advent and New Year’s Eve season. So, gather up your dear ones and head out to Split to make a toast to 2018 right there. 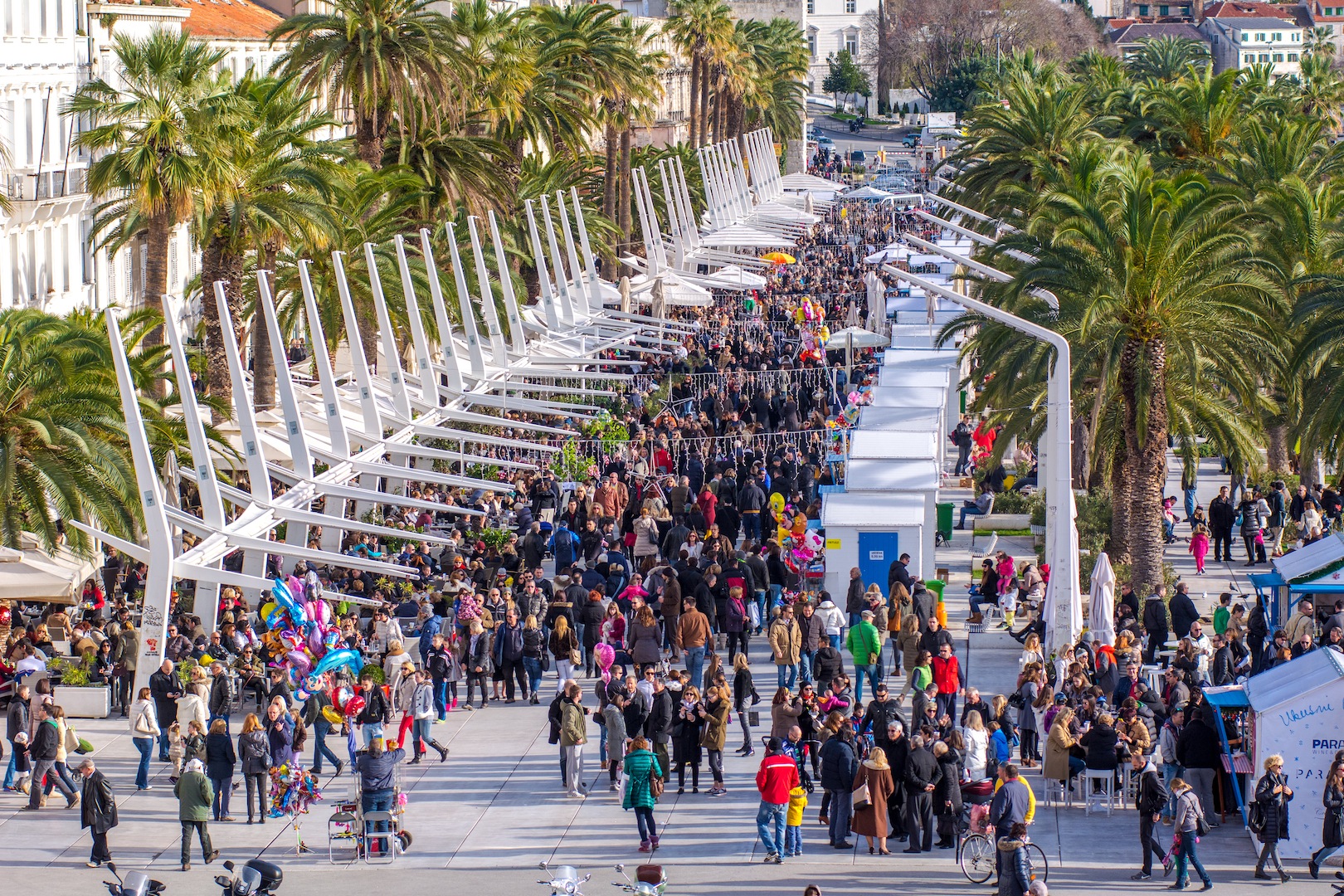 During the days of Advent, the magic of the upcoming Christmas spreads across Split and the warmth radiating from lighted candles can be felt, while the festive atmosphere is warmed up by numerous entertainment, music and cultural programs.

The whole city gets in the holiday spirit, and its squares become the Advent stages. Pjaca, the main square in Split, turns into the most jovial party location thanks to the Advent at Pjaca event.

One of the symbols of fun, time spent together and warmth over the holidays in Split are the cottages at the Riva, the main promenade. Among the exhibits at this year’s Christmas Fair at the Riva, you will find Christmas ornaments, souvenirs, a great selection of food and beverages, and music performances. A rich musical and artistic program will be held on the main stage every day – from thematic evening concerts of various DJs and bands to daytime concerts, singing groups’ and classical music performances, bringing the flavor of traditional Christmas atmosphere to both local and foreign guests.

Đardin is also transformed into a Christmas-themed wonderland. This little place for children and the young people is decorated in colorful lights and 3D cartoon characters, and features numerous music and theater play programs as well as dance performances. St Nicholas and St Lucia, the two most popular characters of the season, are going to bring along sacks full of presents, but the youngest children will have an opportunity to enjoy children’s Christmas Eve and children’s New Year’s Eve celebration.

There is a new-old Christmas fair called Gala Advent at Kralja Tomislava Street, and the newly opened Tourist Palace, with lights and Christmas trees adding sparkle to the holiday decor, will tell an amusing gastro story with a program suited for visitors of all ages.

Jolly Night of Dance and Music

For the sixth year in a row, Gastro Advent, a unique and original event, takes place in the city under Marjan. Advent wreaths are made of various types of food used in the Mediterranean cuisine reflected in modesty, tradition and health.

It is impossible to imagine the Christmas festivities without Christmas carols. At wonderful locations in the city, such as the Peristyle, Pjaca, Voćni trg and the Vestibule, vocal folklore ensembles made up of female singers dressed in traditional folk costumes will perform a cappella harmonies and greet their fellow citizens and guests. 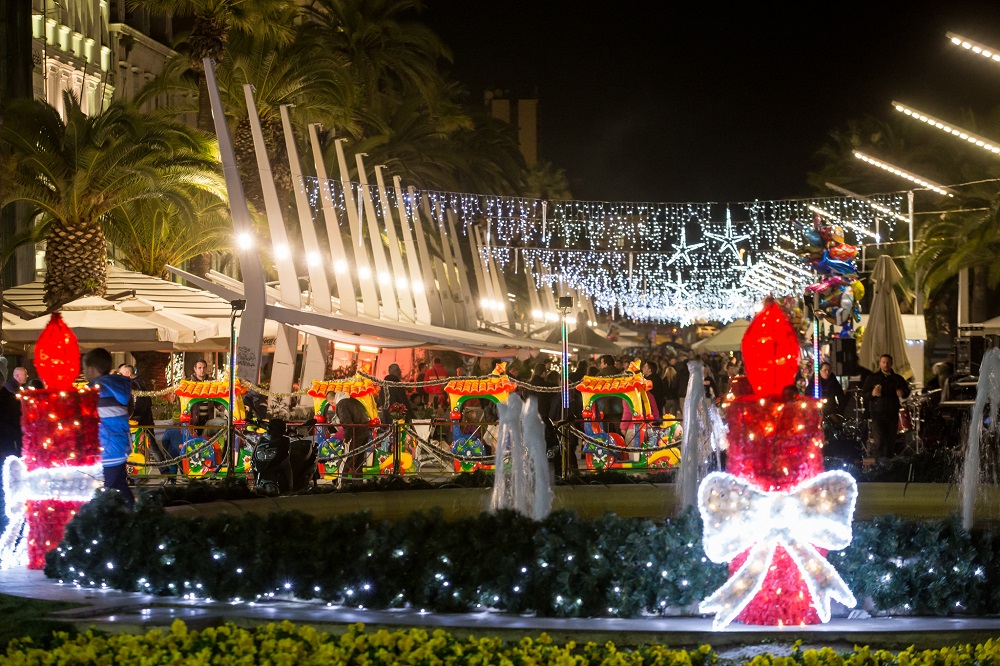 An unforgettable New Year’s Eve celebration in Split features spectacular fireworks at midnight. The first to perform is Mjesni odbor, a band which plays the most popular festive songs blending island rock, funk, polka and reggae, while the last to perform before the clock stikes midnight is one of the best entertainers around here – Joško Čagalj Jole & this band. Gustafi band is in charge of making the visitors enjoy the good atmosphere until the early morning.

For the past seven years, Split has also been among the most popular nightlife destinations. If you want to dance to the rhythm that moves you from deep within, the crazy salsa New Year’s Eve party at Voćni trg is the perfect choice for you.