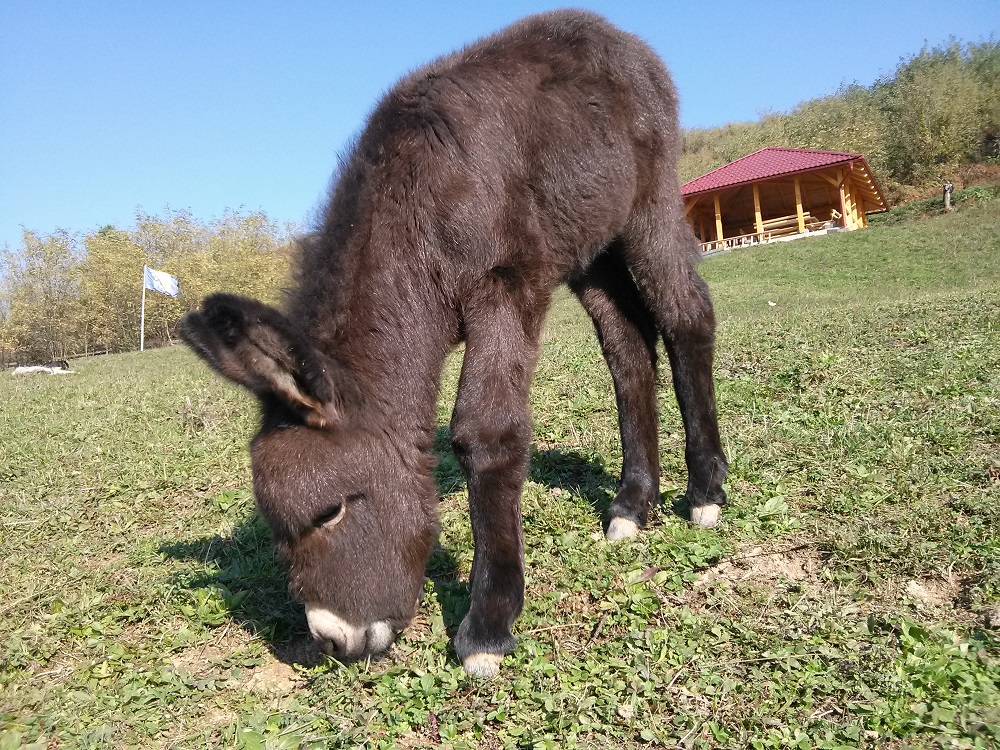 When it comes to conviviality, donkeys are same as people-each of them has its own character which distinguishes it from others, said the owner himself Alen Jusupovic

Beyond seven hills, beyond seven forests, seven rivers and seven seas….That’s how fairy tales traditionally started which we read when we were children and when we grew up, we realized that all of that was invented, beautified reality.

Still, some tales can be revived and become reality. And it takes neither a wizard nor pumpkin that turns into wheels; there are neither fairies nor trolls. It takes a wish, motivation and huge love. And of course, some money. 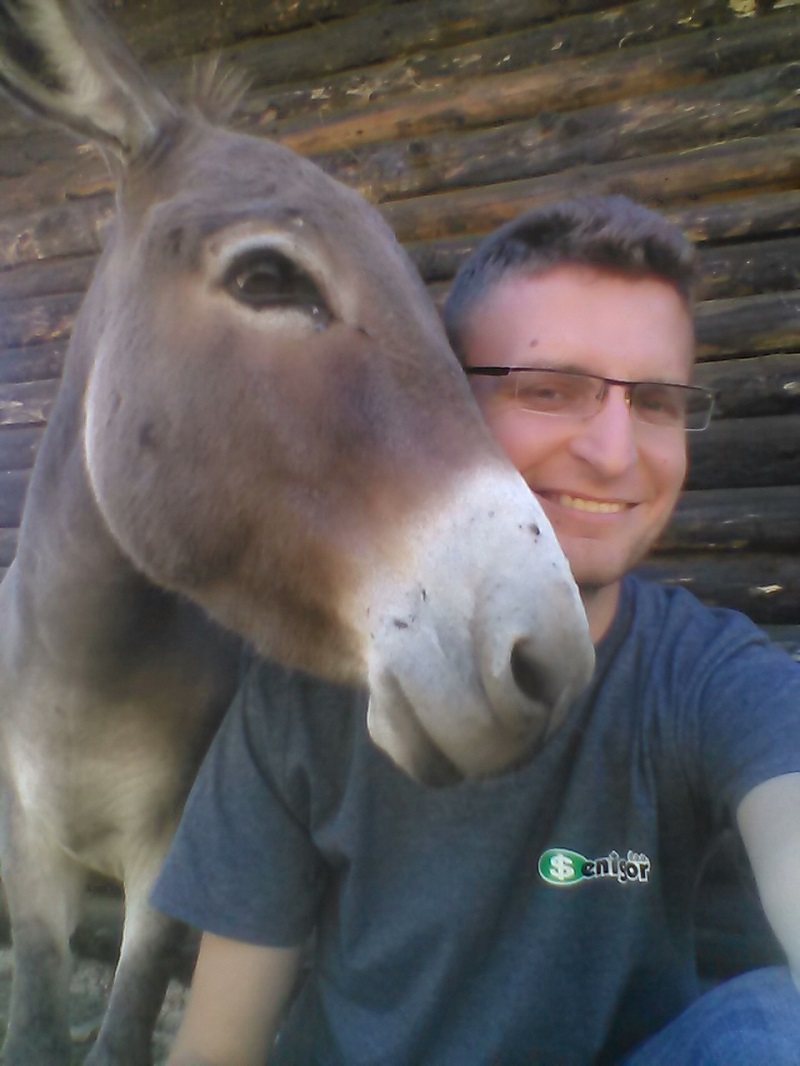 Alen Jusupovic from Zavidovici had it all-wish, motivation and love and he won the money on USAID competition under the project “I have an idea”. And the idea was to start up a farm. When everybody else chose cow, goat or sheep farm, Alen chose donkey farming. That is how the first and the only farm of this kind started in our country.

At the farm, which is a real, country fairy tale, currently lives 15 donkeys and a pony. Jusufovic family plans to open a zoo with domestic animals only where parents will come with their children and escape the daily stress. The next step is development of country tourism, setting a small, ethno village where tourists can sleep over and eat only traditional food, the one made by the locals. 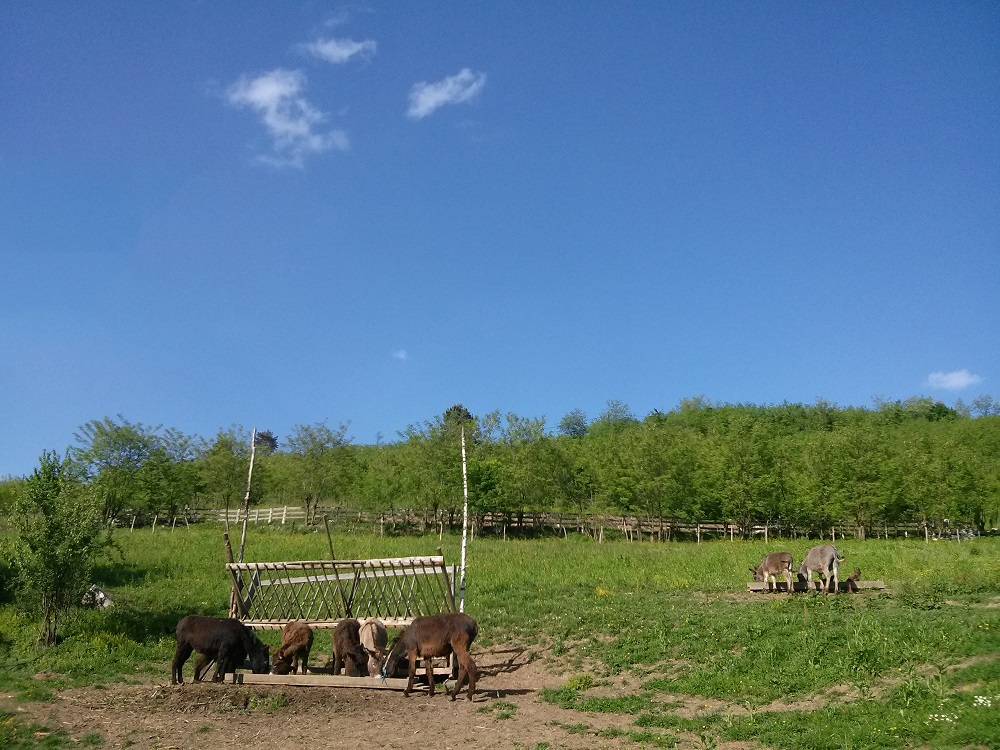 Donkey’ milk is very healthy, it can be almost said to be the natural cure, especially for pulmonary patients. One litre costs 700KM, it sells good and what is not sold, the Jusufovic use to produce natural cosmetic products, creams, balsam mixtures of milk, honey and olive oil and they currently work on their advertising. The market feedback is excellent and they believe that they will realize all their plans, with a lot of effort and a little luck.

They planned to start domestic chicken farm and sell eggs but foxes “decided” to slow down the process so this idea will have to wait construction of suitable structure.

What interested us most at this exciting place were answers on some question: can we actually say that someone is stupid like a donkey, are  as stubborn as people say and how much are they friendly. 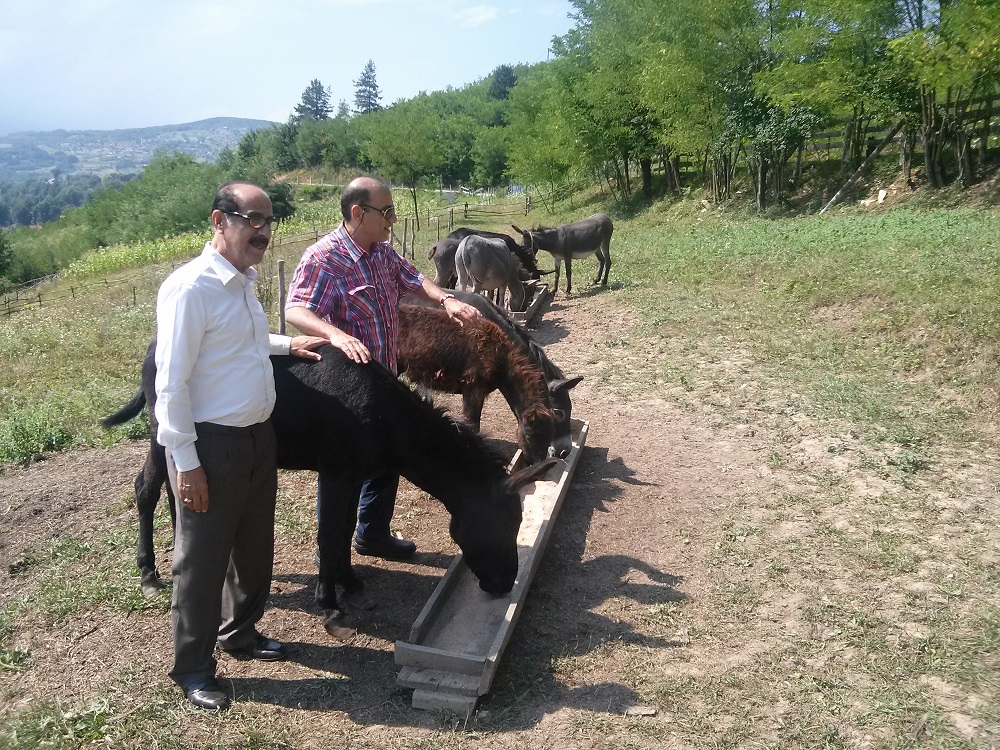 They are stubborn but they are not stupid. Quite contrary, they are very intelligent animals. When it gets dark, they go to stalls themselves, each of them at its own place and they would never occupy others place. Moreover, they will never drink filthy water or water that stayed for a longer period; they have to drink it fresh. When it comes to conviviality, donkeys are same as people-each of them has its own character which distinguishes it from others, said the owner himself Alen Jusupovic 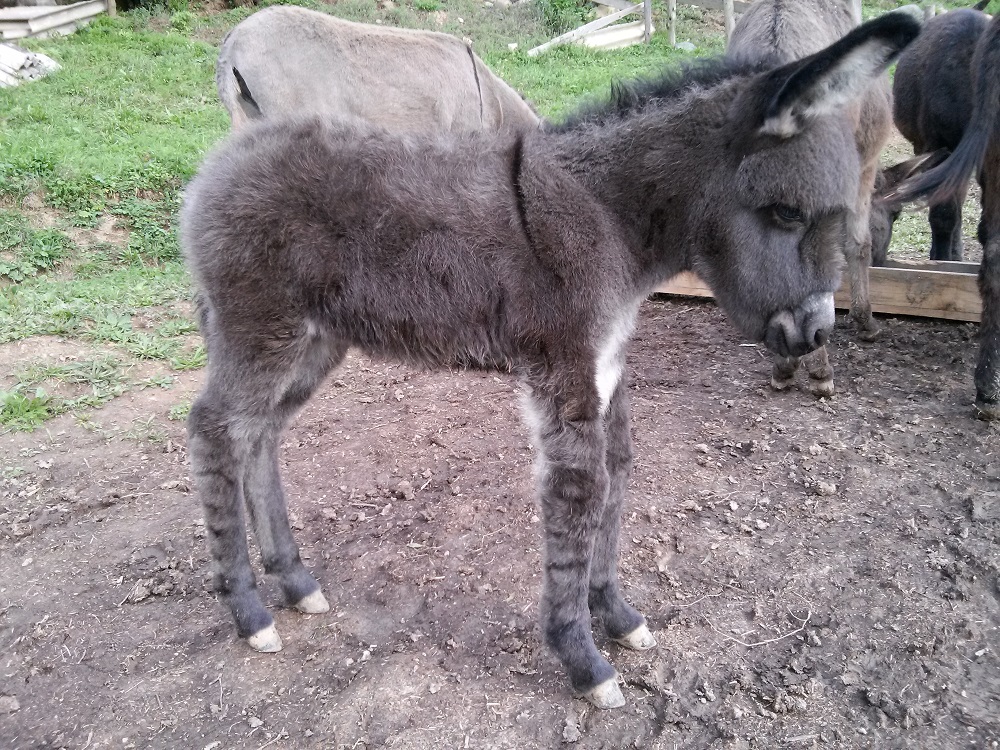