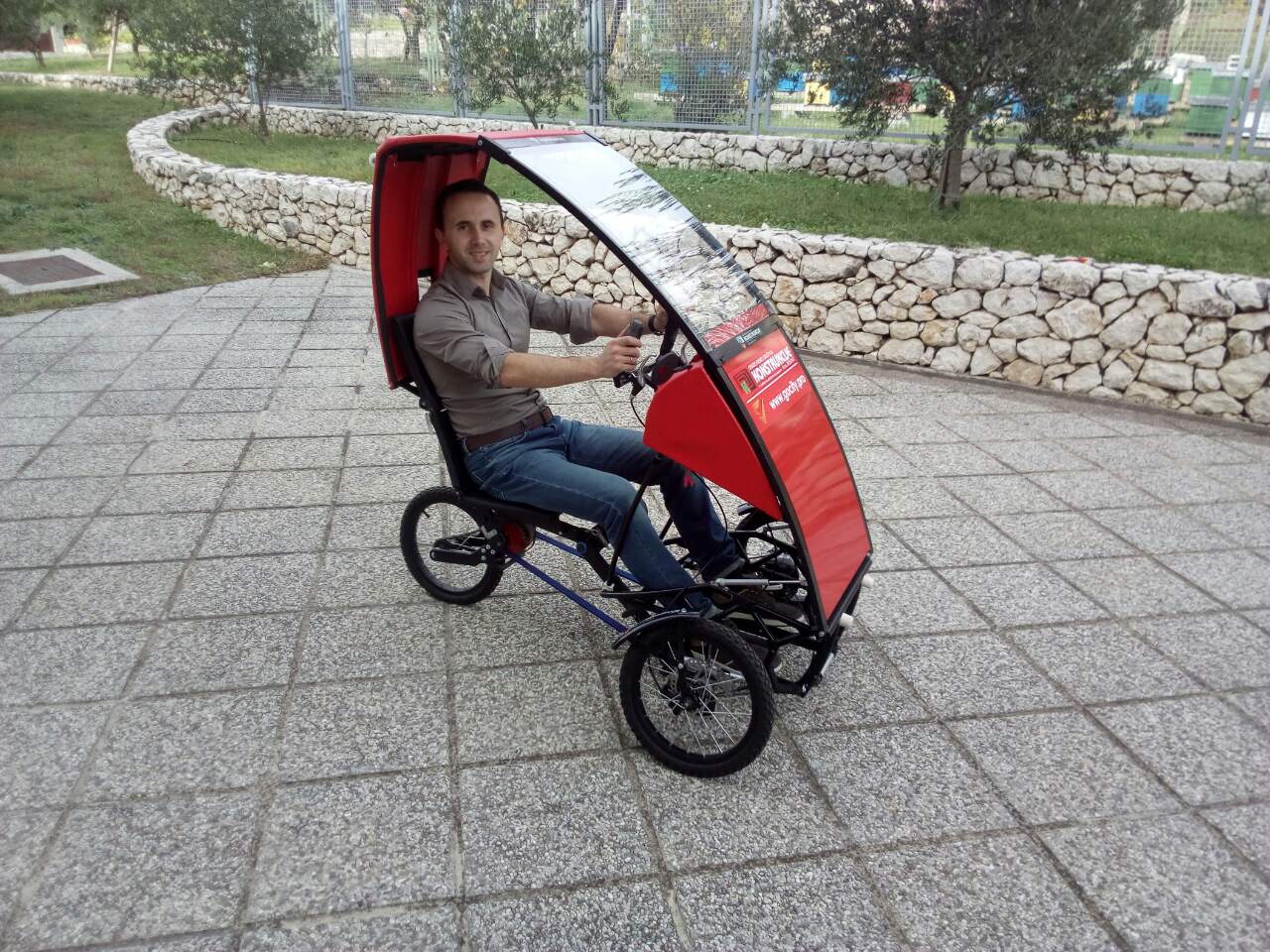 Elvis loves to be creative in developing innovative solutions for problems that dare him to leave his comfort zone. When carrying out his ideas, he is paying particular attention to environmental protection by using fine materials.

“An idea is usually born when there’s a problem. In this case, a lot of people living in dynamic metropolitan areas come across traffic congestion, lack of parking space, and unexpected rainfall, which makes it difficult for them to get across the city and reach their final destination. Bicycles are currently used to solve these problems, but they do not provide a broad array of features or protection in case of sudden rainfall,” thirty-year-old Elvis Cero starts telling his story for the Furaj.ba magazine. That is precisely why he designed the GoCity vehicle, a three-wheeler with maximum speed of 25 kilometres per hour, which can be easily transformed and folded into a suitcase! 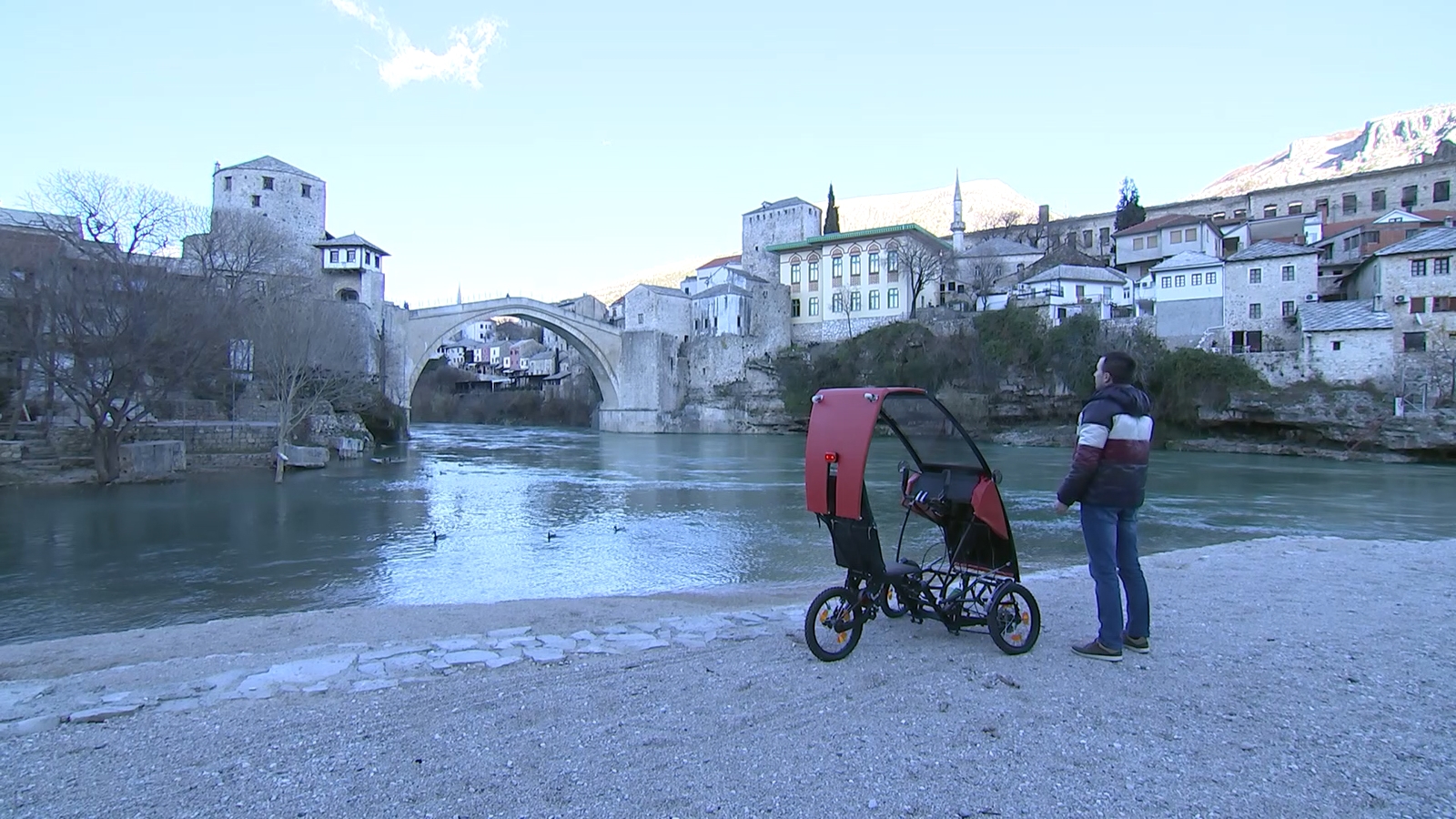 Man from Tuzla residing in Mostar

The story of his innovation was widely publicised in Mostar, where Elvis moved from Tuzla to work and study at the Faculty of Mechanical Engineering, Džemal Bijedić University, where he is finalising his thesis for a Master of Science degree. He is a happily married man and a proud father of a single child and he is always trying to make the time for everything—work and family—family that takes a lot of pride in his GoCity innovation. 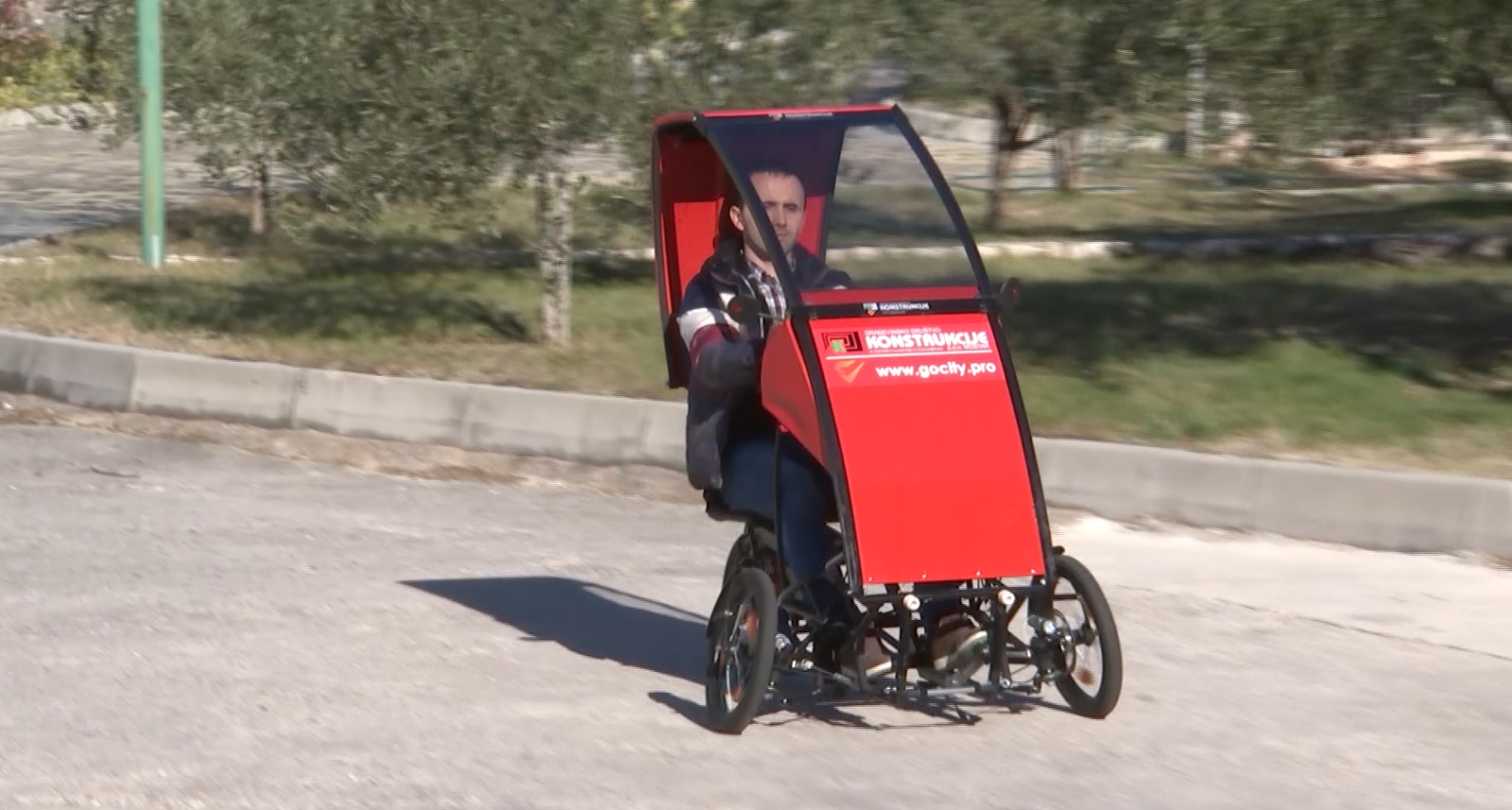 “If we believe that time is money, then the GoCity project, from coming up with the idea to making the prototype, cost me a lot. It took me almost two years to develop the 3D model alone, and then it took me roughly six months to make the prototype. However, without the financial support this model would’ve just been a model on paper. The company I work for has fully funded the making of the prototype the practicality of which has lived up to our expectations and attracted worldwide attention, says Elvis, a mechanical design engineer in GD Konstrukcije.

Even as a boy, Elvis knew what he wanted, so his childhood dreams match what he does today. 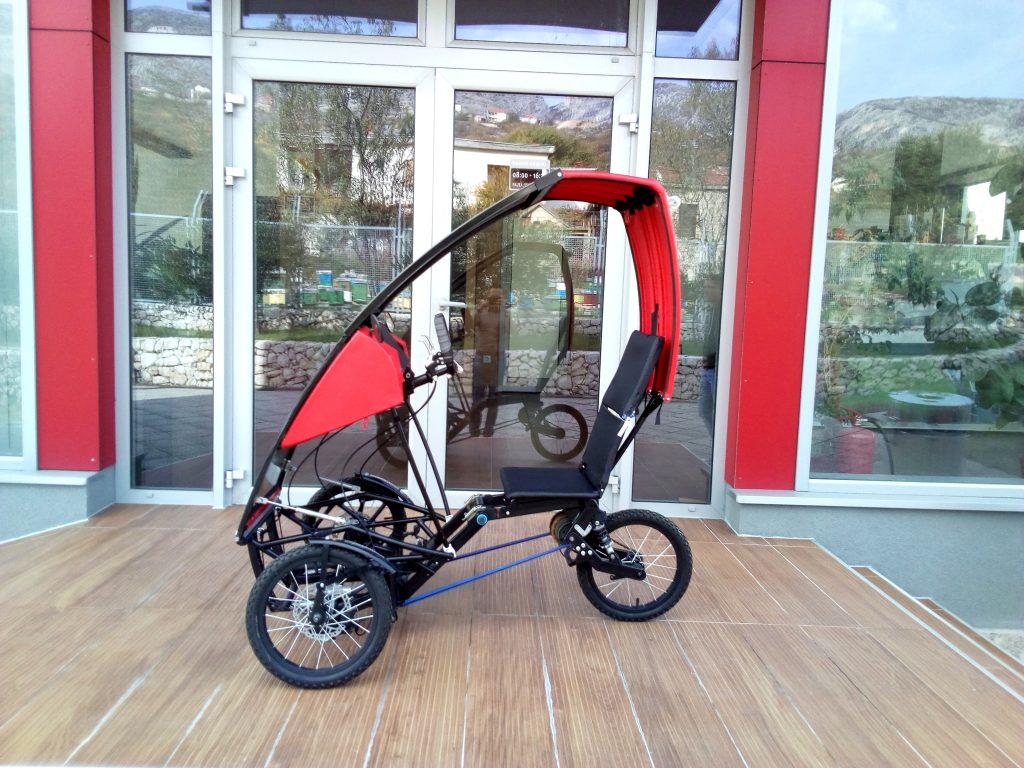 “Definitely, the life I’m living is a reflexion of my imagination and dreams. I’ve always dreamed big, believing that life is all about challenges, not problems – with or without moral support. So, I can really say that I made my childhood dream come true,” says Elvis, who has other innovations in mind but does not reveal much about them. It is difficult to say when they will see the light of day because, as he himself says, every idea has its time and moment, and until it comes, he will slowly develop ideas in his mind and then put them on paper. 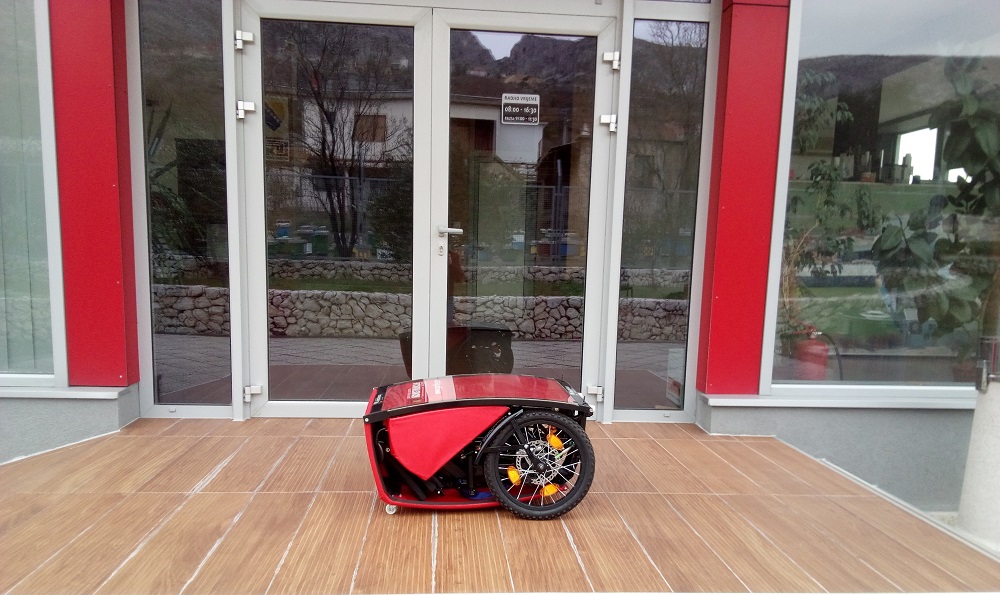 At the end of the interview, when asked where he sees himself in ten years, he answers:

“I’ve spent my entire life learning about the things I love to do. A diploma is just a piece of paper. I strive not to sacrifice my happiness to success in business and not to settle for less than I’m worth. In ten years, I see myself living a very interesting, successful and dynamic life, learning and experiencing quite a lot of things along the way.”

Everyone wants to have GoCity – Buyers and Investors

“I developed two models of the GoCity vehicle. The first, light city model, is categorised as a bicycle with maximum speed of 25 kilometres per hour, and the second, somewhat heavier model with more advanced specifications, is categorised as a moped and intended for use by yacht and camper trailer users. Both models are ideal for city commutes. Investors as well as a lot of buyers are interested in them.”