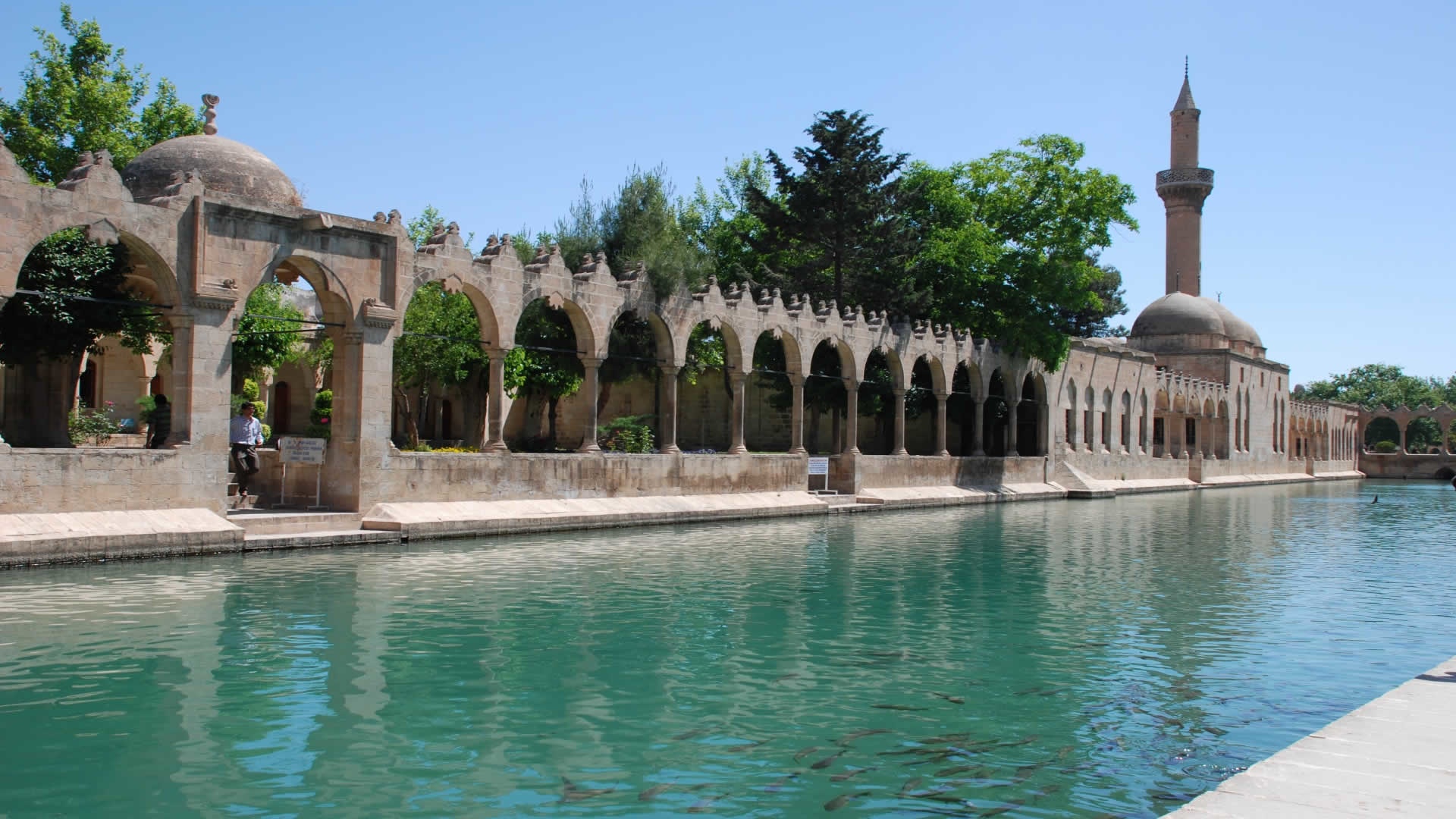 A story that dates back to ancient times.

The entire region that Şanlıurfa, once the ancient city of Edessa, belongs to, exudes a long and significant past. However, this is also a place that tells of Ibrahim, or Abraham, an important figure in monotheistic religions. Muslims believe that it is here that Ibrahim’s pool with sacred carp is located, or Balıklı Göl in Turkish. According to tradition, king Nimrod wanted to burn the prophet on a funeral pyre, because he refused to worship ancient gods. It has been believed for hundreds of years that God turned fire into water, and the funeral pyre into carp in order to save him. The fish are considered to be sacred and must not be consumed.