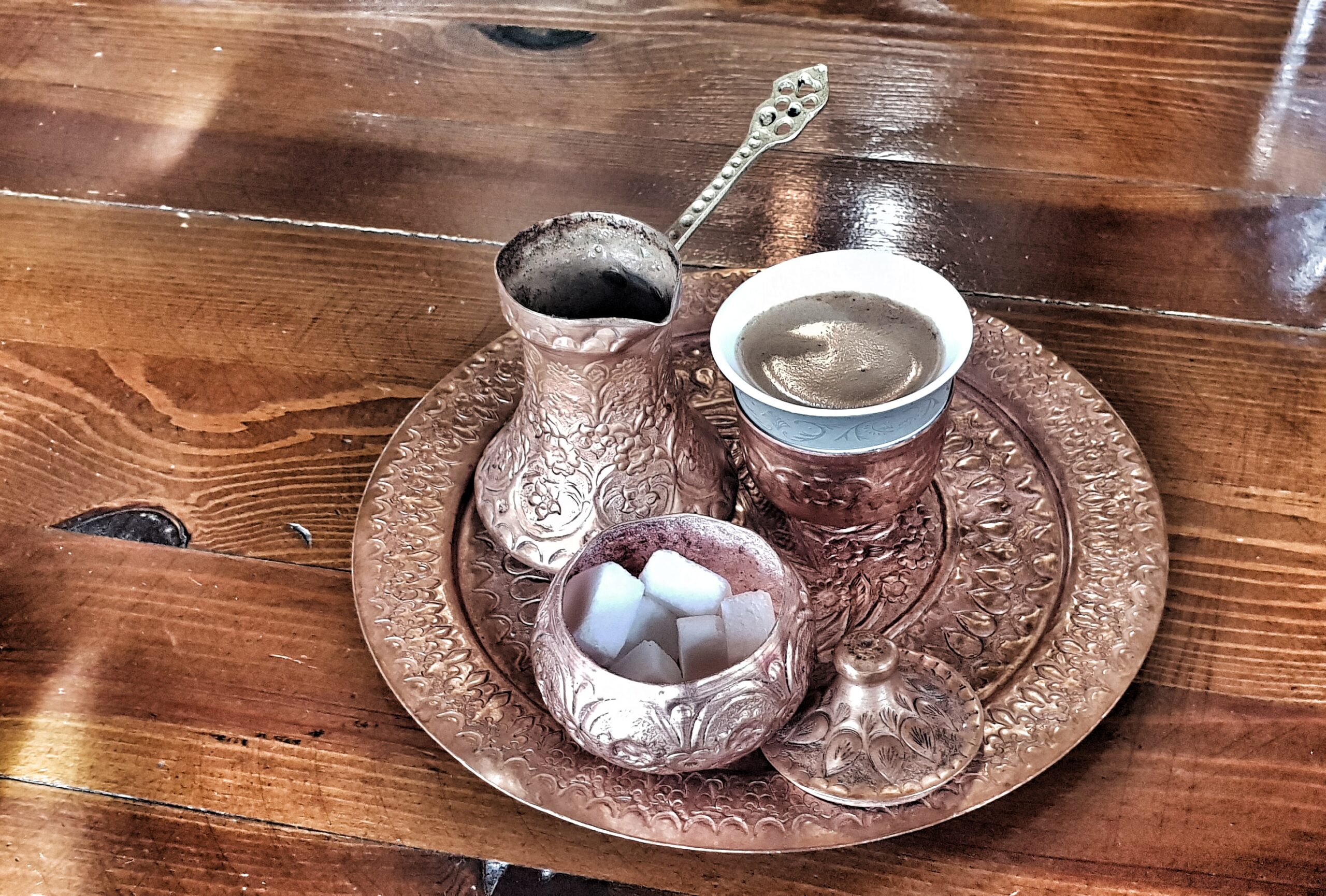 The black queen, as coffee is sometimes referred to, has conquered the entire planet, so there is almost no country in the world where this stimulating beverage is not consumed, which can relax you, and refresh you, depending on your company, stories and atmosphere in which it is enjoyed.

When the smell of fresh coffee spreads throughout the house, it is a moment that separates night from day, says Japanese writer Haruki Murakami. Across the entire planet, that enchanting smell calls for waking up, movement, action or, opposite to that, peacefulness, a moment of relaxation and mandatory conversation.

The coffee-drinking tradition is exceptionally long in our country. The black queen was brought to Bosnia and Herzegovina by the Ottomans upon their arrival in 1463, and the ways of enjoying it have not changed significantly since then.

The fildžan (coffee cup) and Turkish coffee, which are still popular today, stem from that period. Turkish coffee was always served in a cup with a sugar cube, and it was later renamed to Bosnian coffee; it was also often served with a Turkish delight. Today, in our country, despite the wide availability of espresso coffee, cafes that serve their guests Bosnian coffee are very popular. In the lives of people in B&H, coffee and cafes have an irreplaceable role in everyday life and for centuries – since the time of the Ottomans – a cafe and coffee cult has been generated. Coffee is an integral part of all customs here, and life in general, writes Raif Čehajić, the B&H author of the book „Coffee – a Magical Beverage“.

A coffee invitation in our country can mean a relaxing conversation, enjoying some socializing or a purely business-related conversation, as well as a romantic date.

Perhaps the most interesting of all, which proves our connection to this beverage, is that after a coffee invitation, and during the actual meeting, the participants may not even consume this beverage, i.e. they will drink something else.

In Bosnia and Herzegovina, there are specific names for coffee, based on its function in the given moment.

Therefore, we have „dočekuša“, which we serve our guests to welcome them, „sikteruša“, coffee that signifies that we will not be spending much more time together, „sweet“, coffee, which people drink when there is some happy event that needs to be marked. There is also „ razgovoruša“, coffee which has the purpose of making one of the participants of the meeting feel better about some life event, or it is simply coffee during which conversation flows.

NO LIMITS FOR ĆEIF (PLEASURE)

The way of preparing our coffee has remained unchanged since the moment of its arrival to Bosnia and Herzegovina. Initially, a šerbetnjak (coffee pot) or some other dish was used for heating up water. Then, coffee that has been ground in a coffee grinder would be poured into a džezva (coffee pot) and then „poured over“ with boiling water, but not to the very rim of the coffee pot. After stirring, the coffee pot would be placed back on the heat, so that the coffee would „rise“. The thick part on the top, i.e. the „cream“ , would be spread out into everyone’s coffee cups. There used to be a difference between „male“ and „female“ cups. The male ones were smaller as men liked their coffee strong, and the female ones were slightly larger, because women liked to add more water or milk.

It is important to add that coffee is enjoyed equally by everyone in our country, regardless of whether they call it kafa, kava or kahva. Because drinking this magical beverage is synonymous with Bosnian-Herzegovinian ćeif (pleasure) and enjoyment that everyone wants to feel. And there are no limits there.

In 1657, king Charles II of England forbade all „cafes“, i.e. places where coffee was served, as he thought that people would gather there in order to conspire against him. He was not a coffee drinker.

Honore de Balzac drank up to 60 cups of coffee per day.

In honor of this beverage, in 1732, Bach composed a cantata titled „Coffee“.

In Italy, espresso is the most popular coffee, served in a small cup and usually consumed standing up.

The French combine an equal amount of filtered coffee and milk in a large cup.

In Turkey, they say that coffee must be black like hell, strong like death and sweet like love. However, the Turks drink tea a lot more often.

Americans drink the most coffee, i.e. espressos and cappuccinos, regardless of the time of day.

The oldest known facts about cafes in Bosnia are considered to be those recorded by Turkish historian and writer, Ibrahim effendi Alajbegović, who was originally from Bosnia. Traveling around Bosnia in 1592, he claimed that there were cafes on almost every corner across Bosnian cities, and that there were the most at Baščaršija in Sarajevo, but also on the eastern gates of the city, at Vratnik Mejdan. As the Vratnik road was the main road towards the east, during the time of the Turks, those cafes (“Pod Kestenom”, “Mušanova Kahva” etc.), were frequented not just by the locals, but by many travelers, writes author Čehajić.

For proper Bosnian coffee, people used to buy unroasted coffee beans, which were then roasted in a coffee roaster and ground with manual coffee grinders. In order for it to stay fresh, the unwritten rule was that it was never ground in advance; people would grind only the amount of coffee that would immediately be prepared and consumed. Ah, that is real Bosnian coffee, that you make and drink with pleasure.