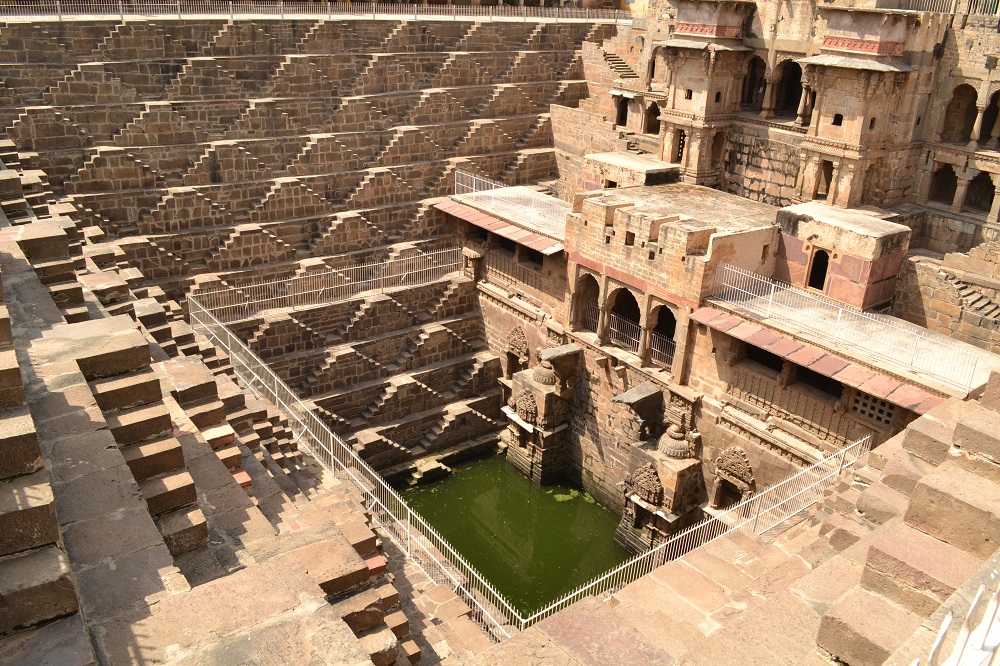 Less Known Wonders of the World

The world we live in is truly awe inspiring. We have already heard of its many wonders, we were lucky enough to even see some of them, but what about those that remained hidden, that came into being as a result of wondrous triumph of the nature, shaped by human intervention.

We all know of Taj Mahal, we know of the Great Wall of China as well. We are familiar with the Roman Colosseum and the Acropolis of Athens. Travel guides are packed with flashing photographs showing these places in great detail, so even if we have never seen them, we still know what they look like. There are countless wondrous and awe inspiring places scattered across the globe. Let’s learn more about them. 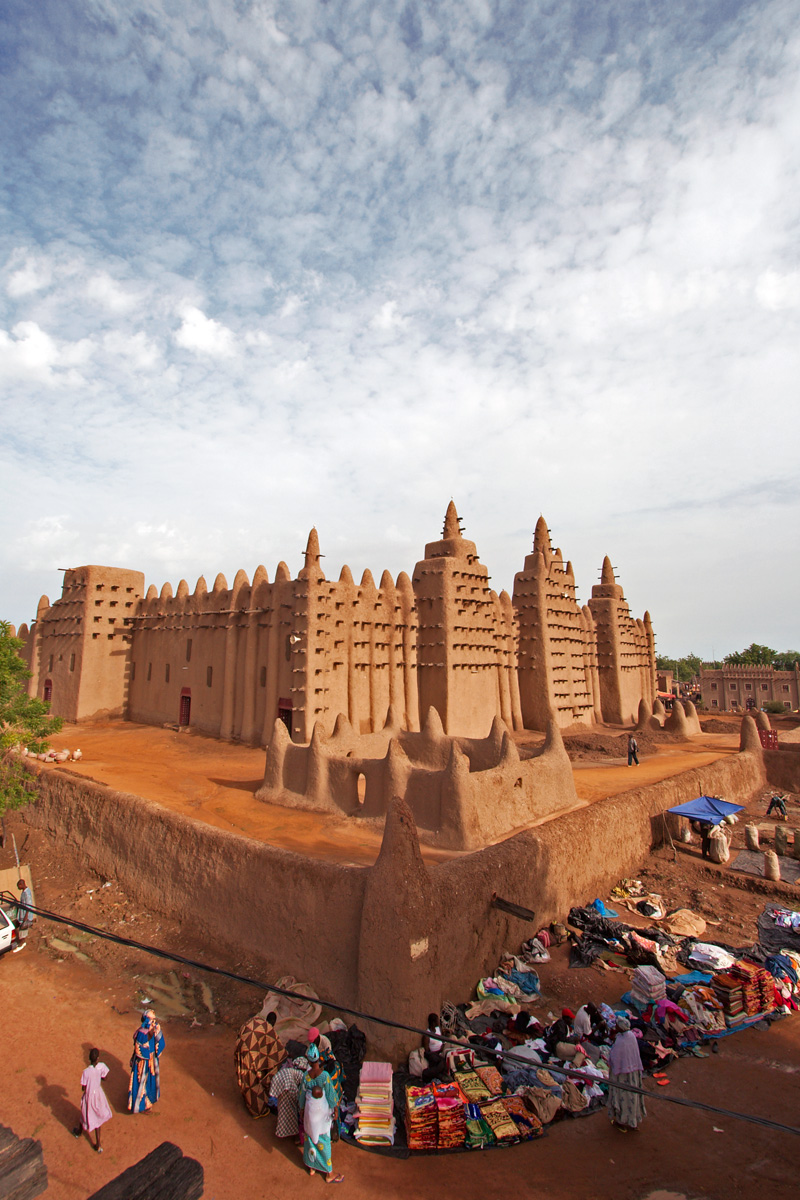 This mosque is one of the symbols of Mali. It is not unusual just on account of what it looks like, but also because of the material used to build it. The walls of this mosque are made of bricks, and the bricks are made of, believe it or not, mud. Moreover, the mosque is covered with a kind of clay plaster, which gives it a smooth, polished look. Interior and exterior walls are between 40 and 60 cm wide.

Its extraordinary design made the Great Mosque inscribed on the UNESCO World Heritage List. Stunned by how special it is, tourists often compare its beauty and charm to the magical palaces featured in Disney’s cartoons.

The entire complex with three minarets rests on a 75 by 75 metre platform. The platform is three meters high, to keep the mosque dry during the annual flooding of the river Bani. Every year after the rain season’s over, the local residents gather around the mosque in a festival-like ceremony, singing and enjoying the local cuisine, but only after any repairs of the mosque are completed. Several days before the festival, they prepare for the repairs.

Resting placidly in a small village of Abhaneri, in the Indian province of Rajastan, is the biggest, the oldest and the deepest step well in India, and probably most perfect of all, especially if the fact that King Chanda had it built in the 9th century is taken into account. Its primary purpose was to serve as a water reservoir, collecting rain water during the rainy season, to be used by the villagers during drought. This massive structure reminds of an inverted pyramid. To reach the top (the bottom in this case) one must descend down 3,500 narrow, perfectly laid steps. At the bottom is a well filled with cold murky water. Chand Baori does not have the popularity or fame of Taj Mahal; it’s India’s hidden treasure. 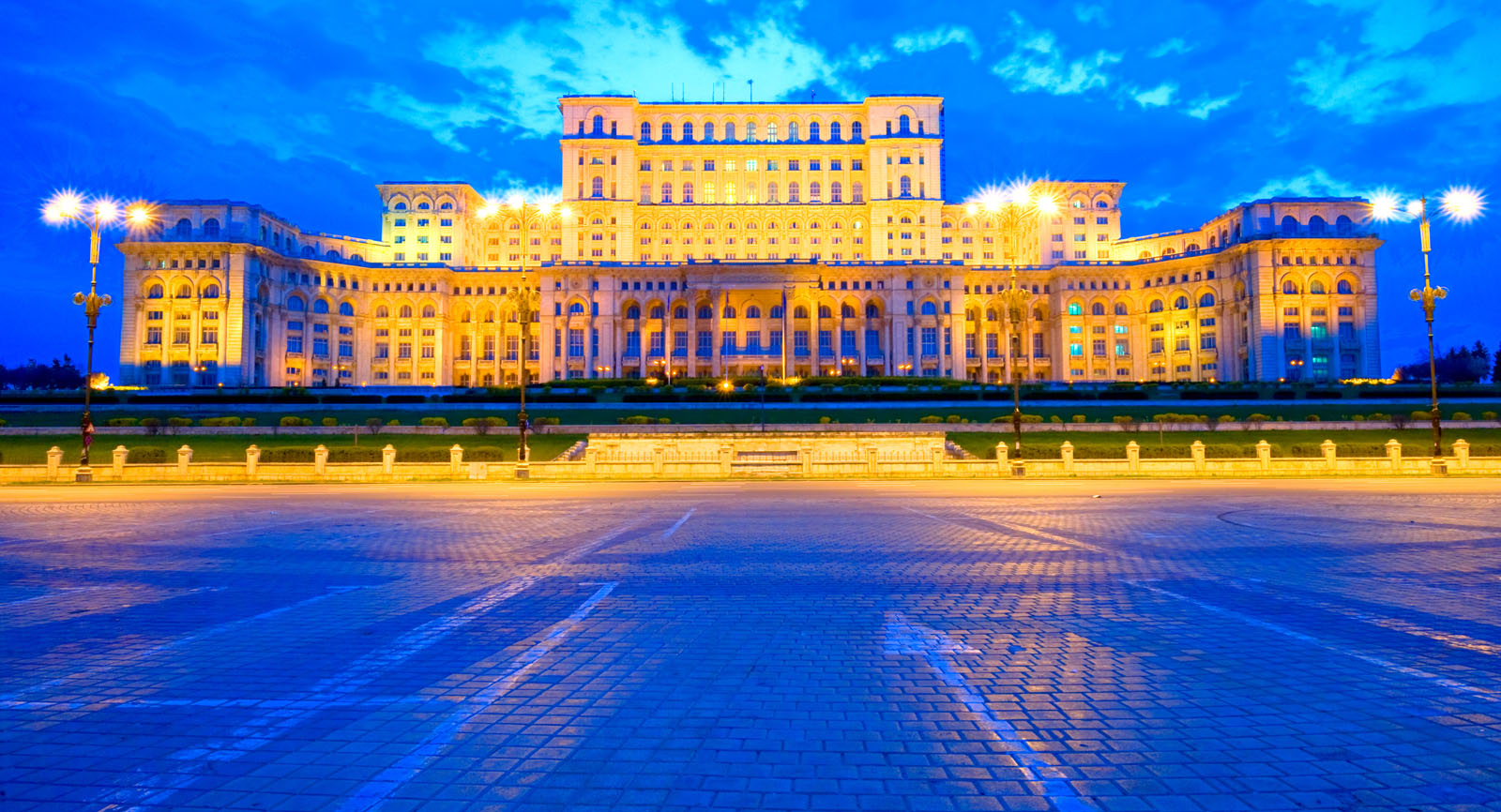 Second biggest administrative building in the world (second only to the Pentagon in the United States) is often described as the most controversial building in Romania. It was built during the socialist era and is considered the biggest and the most expensive civilian administrative building ever. It has 20 floors, eight of which are under ground. It occupies fantastic 330 thousand square meters.

Its construction is considered to have been an attempt of the president at the time, Nicolae Ceausescu, to show the world the wealth and power of Romania, despite the bitter poverty experienced by the citizens. The construction commenced in 1983 and the building had not yet been completed six years later, when the Revolution broke out. It is still not completed today. Only one part of the building is used and the authorities insist that’s the way it should be. The building, which surpasses the Pyramid of Cheops in size, for most Romanians symbolises socialist megalomania and greed.

Interestingly enough, at the time of commencement of construction, a team of more than 400 architects was headed by a 28 years old woman.

World famous TV show “Top Gear” showed the audience into the secret tunnels beneath the building. According to Ceausescu’s plan, the tunnels were to serve the purpose of swift escape in a car straight from the palace to the airport, in the event of a revolution or an uprising of the Romanian people. 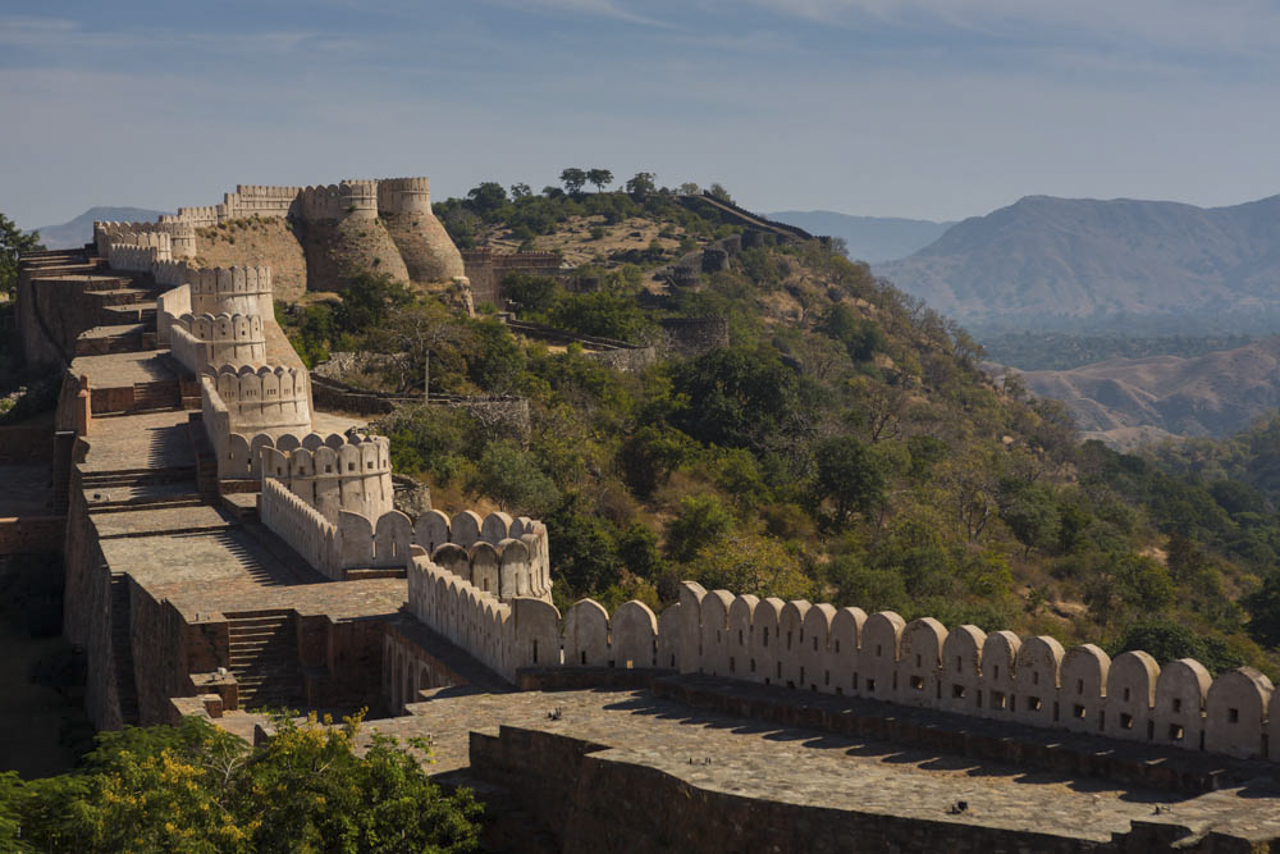 You have all heard of the Great Wall of China, for sure, but what about the walls of the fort of Kumbhalgarh? The wall that envelopes the ancient fort of Kumbhalgarh is one of the most impressive construction ventures to be seen in India. The wall guards an enormous complex of over three hundred temples. It was built 500 years ago and it extends for over 36 kilometres.

Allegedly, in addition to guarding the temples, the wall also served to guard the fertile land. According to the legend, lamps were hung along the entire length of the wall, to enable the local farmers to continue working well into the night.

The wall never achieved world fame, despite its interesting and glorious past. Tourists visit it rarely and reluctantly, because there is no guarantee of safety. The wall is, as it turns out, full of ancient defensive traps. The authorities are doing their best to keep all of them disarmed, but no one can guarantee that an obscure secret mechanism would not set off at some point.

In 500 years since its construction, the fort was conquered only once, when the complex inside the wall consumed its entire supply of drinking water. 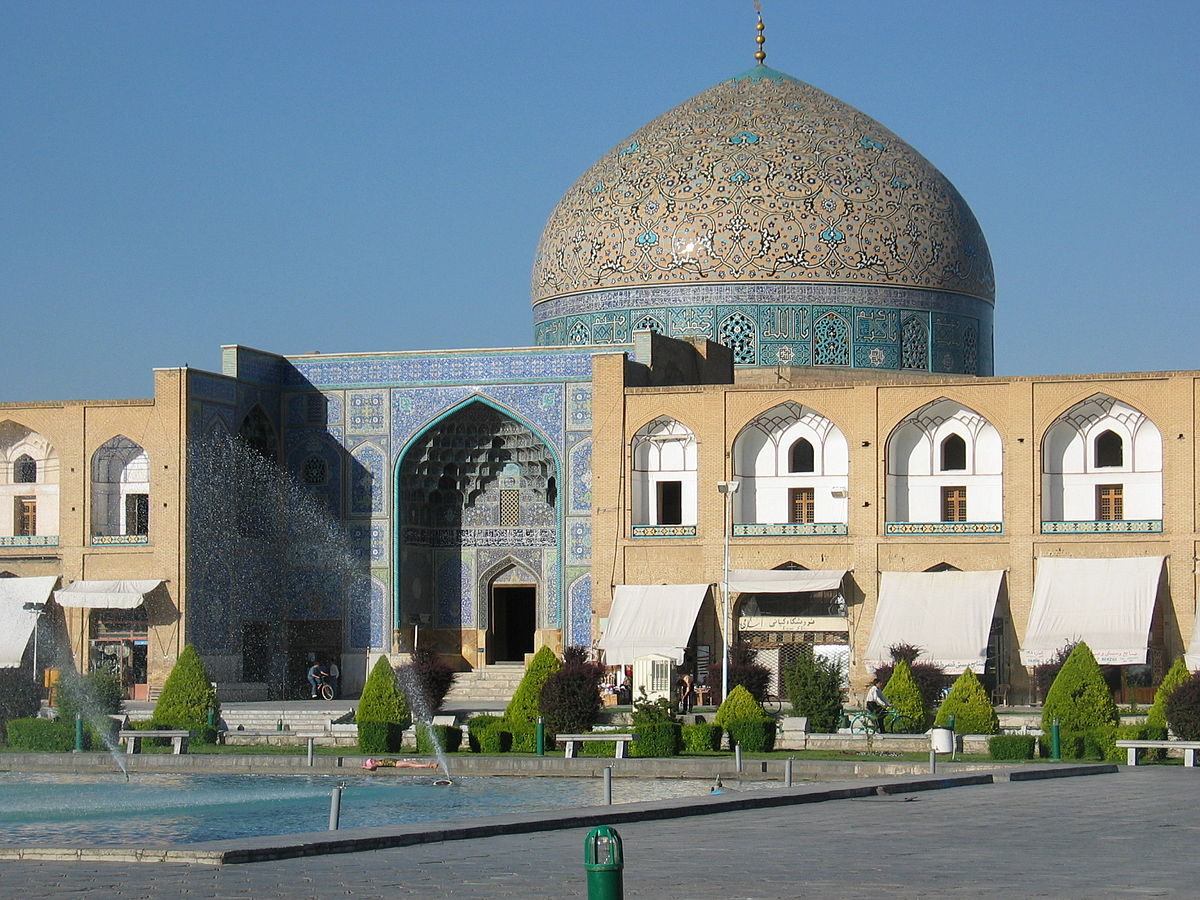 The masterpiece of the Iranian architecture, this mosque is located in the Iranian city of Isfahan. Its construction commenced in 1603, and was finished in 1619, during the reign of Shah Abbas I.

The mosque was built with the intent to serve as a mosque of the rulers, unlike other mosques, serving ordinary people. The mosque has no minaret or any discernable courtyard. One was to reach it directly from the Ali Qapu Palace, following the underground tunnels below the city market. According to some sources, the mosque was intended to serve female members of the ruler’s harem.

The mesmerising beauty of the domes of this mosque was even described by Robert Byron who wrote: “I know of no finer example of the Persian Islamic genius than the interior of the dome”. 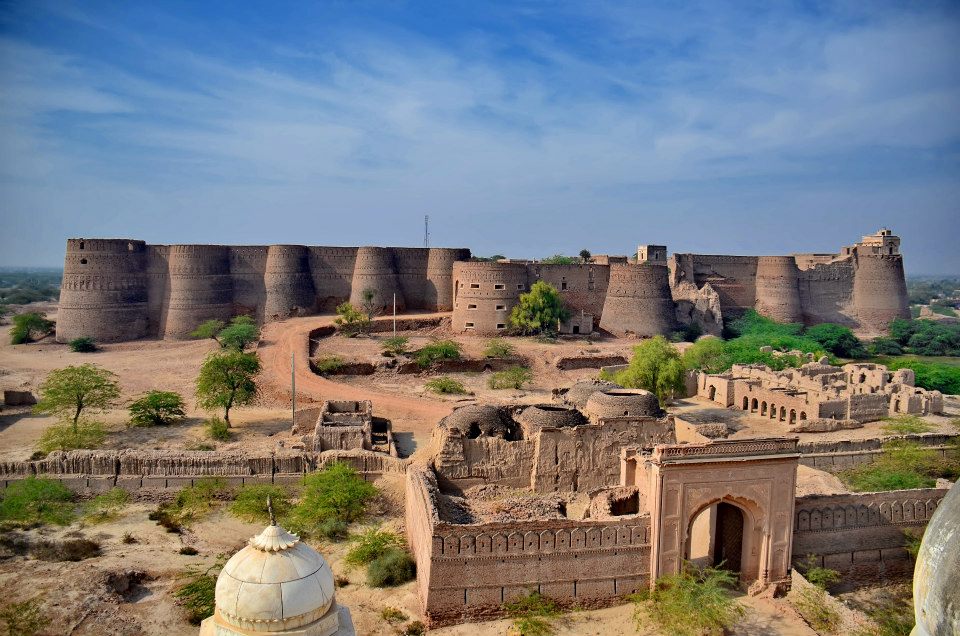 Amid Cholistan Desert in Pakistan, lies the fort of monumental proportions, built in 1733. It consists of 40 fantastic bastions forming a circular wall which has a circumference of 1500 metres and stands up to thirty metres high. The whole image seems surreal, as if it emerged from beneath the desert sand. Many people, including the residents of Pakistan, are not even aware of the existence of this fort. It is probably because it is far away from populated areas. To reach the complex from the closest city, Bahawalpur, one would need to hire a guide, and it would still take over half a day by car. However, getting to the fort is no guarantee of entry. One needs a special pass issued by the Emir or some of the local leaders, to be able to enter this magnificent complex.