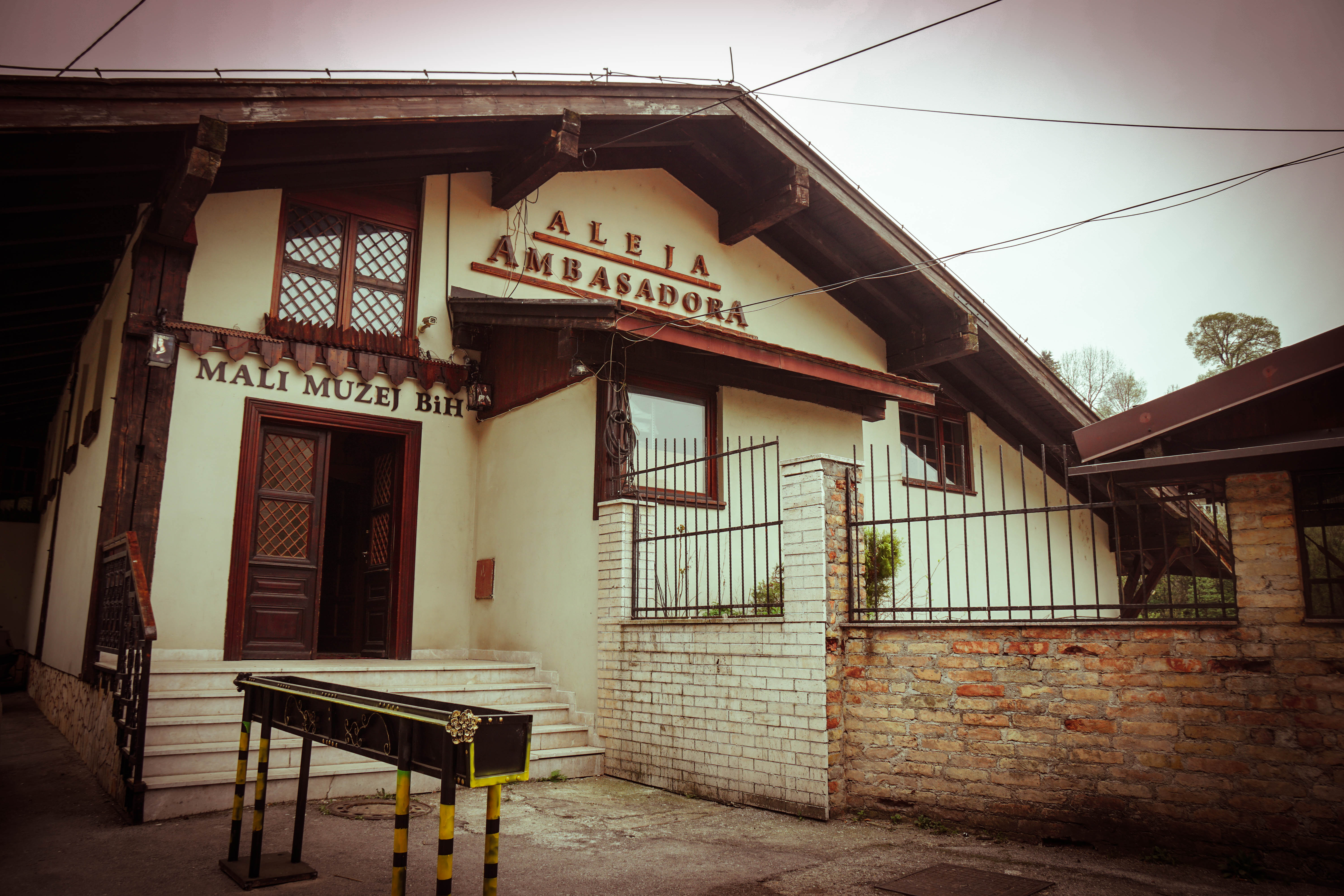 Little Museum of B&H – Story of Our Country

Džemal Šurković has spent nine years creating his Little Museum of BiH (Mali muzej BiH), but the museum has not been completed yet because the story of BiH is so remarkable that inspiration to tell stories about it will always be drawn from it

It is not until the visitors open the large brown wooden door that they can fathom the kind of historical treasure that lies behind it, but they can tell what kind of people live here. At the very entrance there is a medieval tombstone (stećak) made of crystal stone called hreša, a replica of a medieval tombstone from one of the most renowned medieval tombstone necropolises, Radimlja near Stolac,  begins to tell the story of an audacious Bosnian man who goes through life with pride, courage and an open heart.

B&H history is presented to the visitors in interesting ways in each section of the museum. To the right, An over seven-meter high family tree of the Bosnian Kontromanić Dynasty, whose members ruled for more than 700 years, dominates the ground floor and demonstrates that the Bosnian state is one of the oldest Slav states. Its author, professor Enver Imamović, who granted his approval for the creation of this demanding exhibit, was thrilled to see how grandiose it turned out to be in the end.

The museum’s salon houses interesting elements from other periods in B&H history. In front of the gallery with paintings is a replica of Sebilj, and next to it is an installation representing a girl dressed in a traditional Serb folk costume pouring water into a bowl and a young man wearing a traditional Bosniak folk costume, whereas quite a few paintings depicting Bosnian and Herzegovinian landmarks are on display all around the museum.

Take a few steps forward and you will come across impressive historical documents – the Charter of Kulin Ban which dates back to 1189, which is the oldest Bosnian state document regulating trade relations between the Bosnian Kingdom and the Republic of Dubrovnik, and the 1463 Ahdname, Sultan Mehmed II Al-Fatih’s charter which protected and guaranteed the Christian community the freedom to practice their Catholic faith when the Ottoman Empire was established on the territory of B&H. It took as long as six months work to give parchments used for documents a more serious note. The Charter of Kulin Ban was enlarged twenty times, while the Ahdname was translated into the Bosnian, Turkish and English language in order to cater for the needs of foreign guests.

Within easy reach is the door behind which you can discover the atmosphere of a typical Bosnian room featuring, among other things, authentic carvings from old households the founder was able to find adding the final touch to the way it originally looked like.

As you stand at the upper section of the museum, your eyes magically keep being drawn to a large royal chandelier suspended by chains and with lanterns depicted as different types of forest.

“This is where the philosophy of this place becomes evident. A light bulb shines out from the lantern like the sun that gives us life, and above the chandelier there’s the sky and dry leaves which symbolize the transitory nature of human existence. I’d like this place to be the legacy I’ll leave behind once I’m no longer here, and I want it to play an important educational role,” says Džemal Šurković whose museum is full of symbolism.

The counter brings to memory a decrepit Bosnian house made of adobe brick, whereas the bridge that was constructed nearby, a special highlight of the museum, illustrates the Latin Bridge, one of the most renowned bridges in Sarajevo. The water that runs under the bridge represents the Miljacka River, and owing to 3D photography, when you bend down you can see in the depth of it the Emperor’s Bridge (Careva ćuprija), the White Fortress (Bijela tabija) and the part of the city stretching all the way to Borije.

The Little Mueum of BiH will soon have its own audio and visual presentation and its visitors will be able to easily see “what this Bosnia is and from where this Bosnia is”. However, the museum will not have just the historical and educational dimension to it, because its founder aims to create a cultural temple which will have multiple functions such as hosting quality programs such as chamber music concerts, theater plays, ballet plays, theatrical performances, promotional events and presentations.