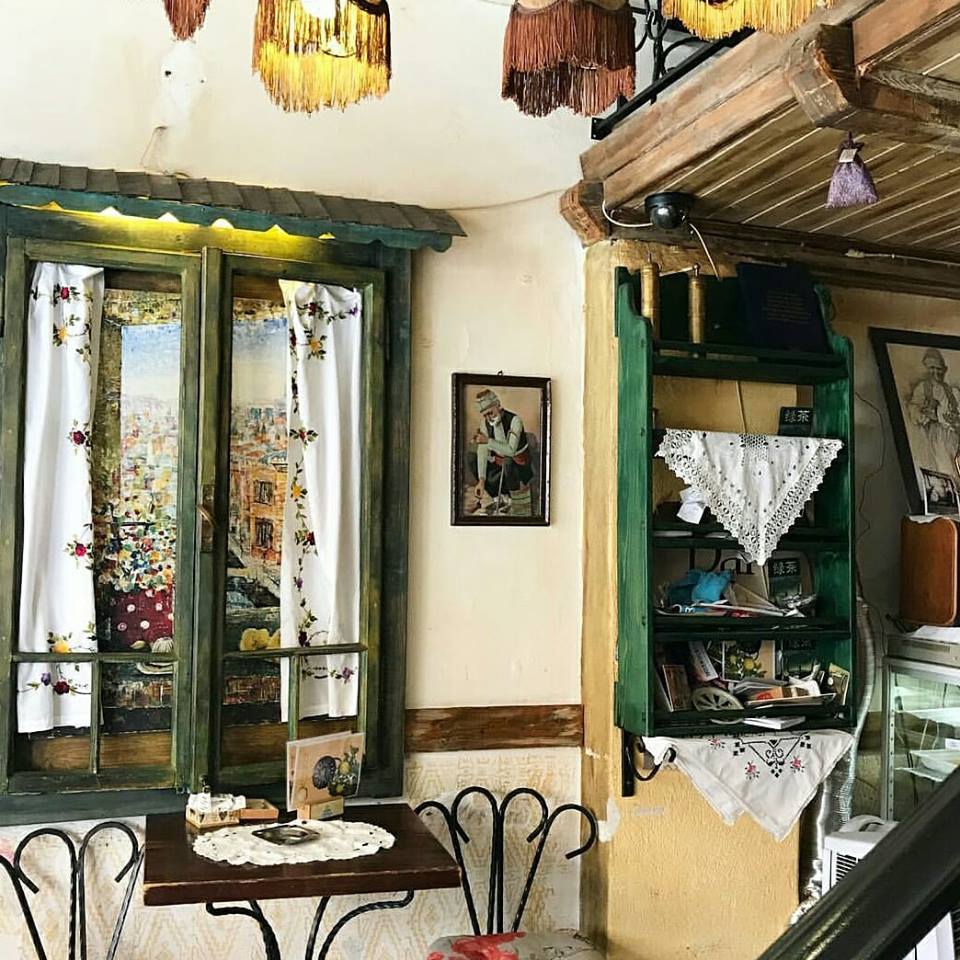 Here, at Bosnian café Miris dunja (or the Smell of Quinces), named after a film with the same name which was shot at the same street at Baščaršija—Čizmedžiluk, where the café is located, everyone feels like home.

In the old part of Sarajevo, there are quite a few cafés in which you can enjoy the essence of the coffee drinking ritual. You cannot start the day without a cup of coffee. This beverage is the reason why people get together and talk about life. However, there is a place which is not just a spiritual coffee place, but also an ambiance in which – in spite of being exclusively Bosnian – both locals and foreigners feel as if they are a part of the same story.

When, for instance, Toni Cetinski, a Croatian pop star, comes to the Miris dunja, he usually goes to the first floor and sits at a corner – there, through a window, you can see the Bey Mosque’s rooftop. Many other public figures and business people enjoy coming here. They are charmed by the magic of the café’s harmonious atmosphere stemming from the visual identity, light musical tones resonating and energy flowing through the café. Young people are also not immune to Miris dunja. They come in groups because they like to hang around at the café. But, regardless of how many people are at the café, which is small, it is peaceful and nobody disturbs anybody else.

That is what Edib Čengić, a Sarajevan composer and songwriter, wanted when he was about to open his Bosnian café five years ago. He has done all sorts of things for a living, but of all the things he has accomplished, he will tell you that Miris dunja is his favorite project.

“In Europe, they say Željo is for ćevapi, and Miris dunja is for Bosnian coffee,” Edib proudly says, and goes on to say, “The more I grow old, the more beautiful this places becomes. There’s something that inspires our souls while we’re here. That’s what our guests say too.”

The owner’s vision was essential in designing this catering establishment. He began to plan its final design with vintage chandeliers he found in an antiques shop, and then he went on to arrange everything else around them.

Warm materials are dominant here; there is no brass and there are no large, branded refrigerators; the floor is made of cobblestones, and even the plasma TV set is framed in a decorative wooden window which was handmade as is the rest of the uniquely decorated furniture.

When summer rolls around, Miris dunja is the most wonderful place to be at. In front of the café, a summer garden with tables is set up, and during Ramadan, and there is always a limited number of chairs to sit on, because one needs to be able to sit until the wee hours when there is a live music performance. In very hot summers, Miris dunja is the place to go to cool oneself off by having an invigorating drink called boza (a drink made from fermented grains) and summer beverages made with mint and rose, while in wintertime, the most popular drink to warm one up is salep (a hot milky drink).

Whatever it is that you choose to try is going to be as tasty as it is aromatic. You will also be served a complimentary dosage of inspiration anyway.