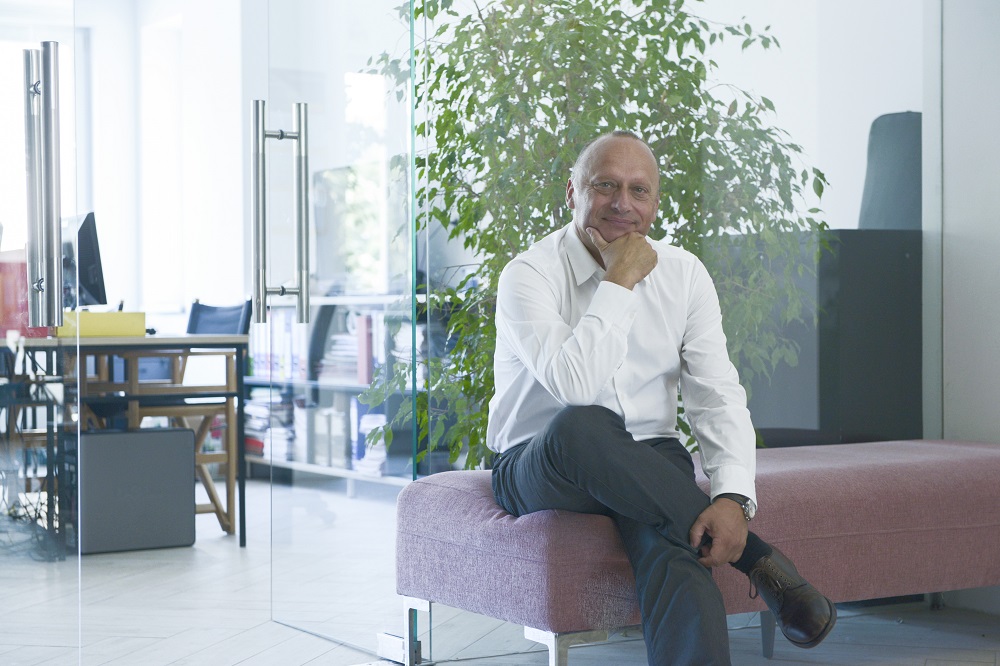 “Sarajevo Film Festival was a child of our passion for film and our desire to focus on it professionally. Our journey of over 20 years of stubborn persistence still moves us closer to our goal – affirmation and promotion of regional cinematography and regional filmmakers. Year after year, we are trying to surpass the results we accomplished previously. In addition to funding gaps, another big problem that I keep talking about is the lack of infrastructure. The Festival has long outgrown the available city infrastructure, so each year we start afresh, building screening venues and festival locations”, says Mirsad Purivatra, the man behind the Sarajevo Film Festival, on the eve of Festival’s 22ndrun.

A JOY BEYOND COMPARE

What can you tell us about the atmosphere as you are waiting to open this year’s Festival?

– Each new Festival is a big new challenge for us and regardless of the huge work that needs to be done to put everything in place, we are always extremely excited about it. We take particular pride in the fact that, after 22 years, the citizens of Sarajevo are just as excited as we are. The excitement about the Festival opening is what drives us even more.

What would you highlight as a particular feature of Sarajevo Film Festival?

– What our Festival offers transcends the film itself. It offers opportunities to meet the filmmakers. Interactivity of the Festival has never been as important as it is today. The concept of the Festival rests upon the direct contact, which is vitally important for the audience and fans, but also potent learning experience for film crews. That is why the filmmakers who presented their work in the past keep coming back to Sarajevo and new ones are eager to come.

Is there an edition of Sarajevo Film Festival that you are particularly fond of?

However, if I had to pick one, I would say that it was the second festival, which took place in 1996, when we introduced Open Air Cinema.

How many films do you manage to watch during the SFF?

– Truth to be told, I do not watch films during the Festival. However, during the course of selection of the material for festival programmes, I watch most films, especially the competing titles and titles included in the Open Air programme.

In all these years, which compliment made the strongest impression on you?

– It makes me very happy that we are able to do something good and positive for our city and our country. For me, the most precious compliment is reflected in the reaction of our audience, the fact that people are considering the festival timetable as they plan their vacation and that our citizens who live abroad plan their visits so that they coincide with the Festival. What makes us particularly happy is that what we are doing creates a festive atmosphere in the town, at least during those ten days in August, when our audience is presented with the opportunity to be exposed to extraordinary films and enjoy watching them.

What significance should the Festival have for Sarajevo, in your view?

–Sarajevo Film Festival has huge impact on local community development and tourism. Huge crowds of tourists pour into town, creating a unique, vibrant atmosphere. Businesses thrive and countless media broadcasts affirm the positive image of Sarajevo worldwide. In early stages, as we prepare for the Festival, large number of associates is mobilised. During the course of the Festival, we have about 600 staff members, in addition to 500 volunteers. A host of suppliers and service providers is used for countless festival-related activities. The occupancy of accommodation facilities during the course of the Festival speaks for itself. Our aim is to raise awareness of importance of culture and film art. At the same time, we want to create an even stronger platform for development of film and creative industry, which would be the best impetus for promotion of the country and its capital – Sarajevo as one of the most fascinating tourist and cultural destinations in the South East Europe. Event tourism has become an important element of the economy, marking dramatic global growth as of lately. Tourists no longer travel just to see an important monument and take picture of it. They travel in pursuit of new experiences or to be a part of a cultural, religious or educational event. To that end, Sarajevo and its SFF have plenty to offer.

How much sleep do you get during the course of the Festival?

– Not enough! It all starts well before the Festival opens. Final preparations for the Festival start a month or even two months before the opening, bringing the period of no sleep, coupled with countless meetings and discussions with the team of colleagues at any hour, day or night. However, I believe that such mode of operation has become a second nature to most of us.

Highlight of this year’s Festival

In addition to great film titles in the competition programme, SFF shall also initiate two new projects focusing on promotion of production and co-production, with the view of creating a platform for development of audio-visual production on the territory of the former Yugoslavia.

“One of these projects, under the title: CineLinkDrama,is conceived to respond to the growing European and global trend of production of television shows resulting from an amalgam of superb film production and high-quality television series, the so-called “film-television”. It will bring together filmmakers, producers and sponsors from the region and the world with the view of contributing to production and promotion of high-quality TV shows on the territory of the former Yugoslavia, following the model of popular American and Scandinavian productions. The second project is titled: Facing the Past. Sarajevo has the right and responsibility to open the topics we have not yet faced, which could serve as an inspiration for filmmakers. As a part of this project, countless accounts and testimonies have been collected about the past period that transpired in the former Yugoslavia. These will serve as an open source of ideals for experts and professionals capable of transforming them using the language of the film,thus contributing to peace building, both in our region and beyond. These testimonies will be presented at the True Stories Marketas a part of CineLink Industry Days.”