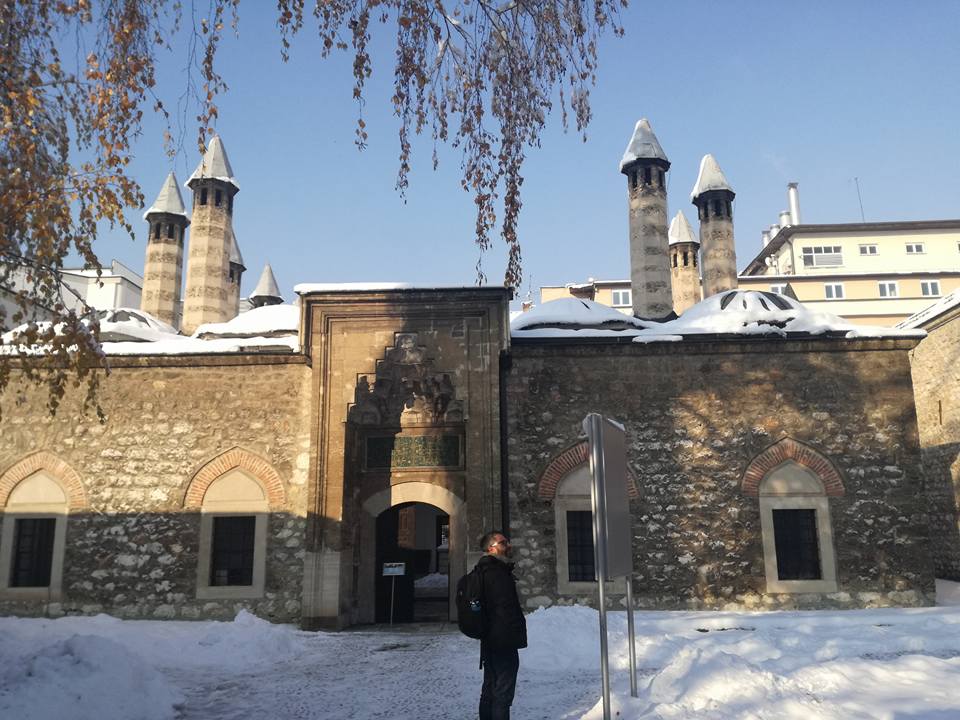 Each part of the Bosnian-Herzegovinian past has its monuments, which are of exceptional value and significance. When visiting these places, a person just wishes that they had learned a lot more about the ancient times and the people who built and shaped them with their beliefs

It may not be mentioned as much as other magical buildings of Gazi Husrev Bey’s endowment, but Hanikah, initially a dervish tekke of the Halveti order, is a very unique monument where the energies of glorifying God, connecting with the final Reality, teaching and artistic creation have intertwined through the centuries. It is no wonder that it still attracts Sufis today, even though its general purpose has been changed, and it also attracts the attention of renowned educational institutions and artists who organise their promotions and exhibitions here. 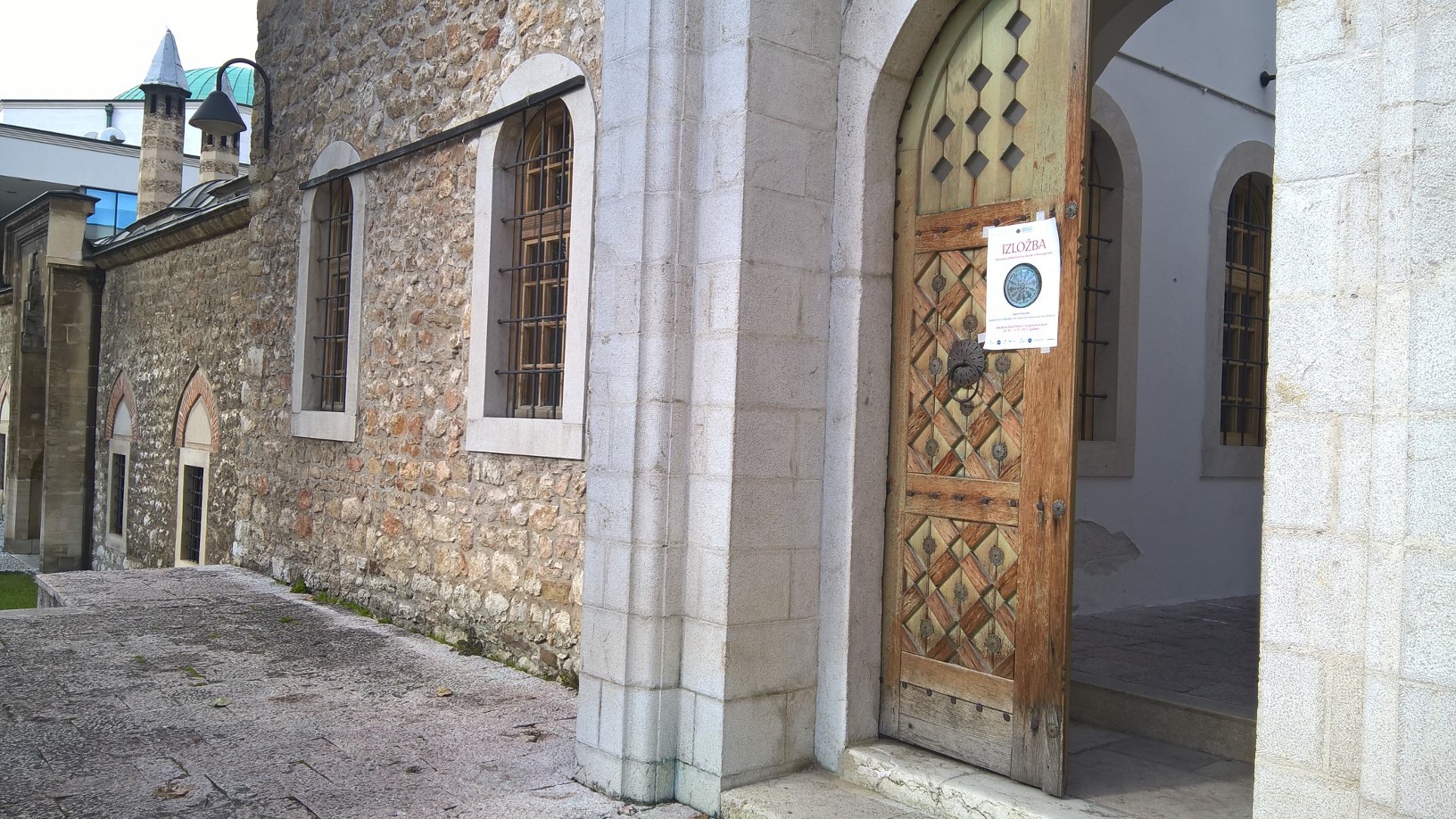 The spirit of Sufi thought

Hanikah, which can be translated as the gathering place of dervishes, seems simple. That is where its beauty lies, is what admirers of practical architectural solutions which are enriched with creative ideas, would think. It was built by Dubrovnik-based masters. On the outside, carved stone dominates, the windows with rounded upper edges decorate the walls like artwork, while a few stairs lead to the tall wooden entrance door, offering a view of the spacious central part of the building with a glass roof.

If you arrive at a time when there is an organised event, you will see artworks exhibited on all sides. They spread out across the elongated lobby surrounded by thin columns, which are over three metres tall and connected by wonderful arches and other rooms. At its bottom, you will notice a small fountain, and behind it another antique-style door. Hanikah is often abuzz with visitors who are attracted by the boldness and creativity of renowned authors. 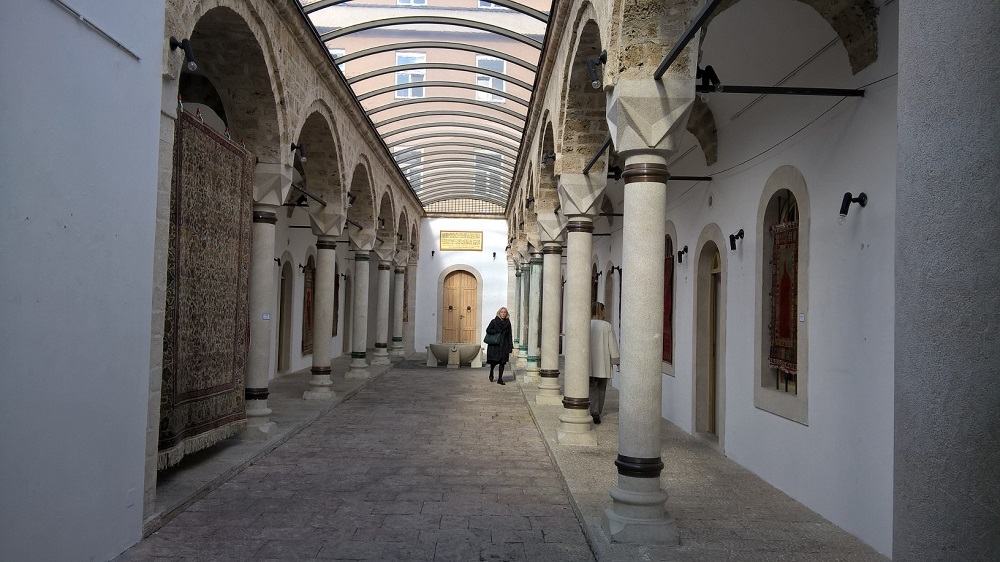 On the left side of the entrance, when you enter the sheltered part, the doors of the semahana are hidden, a room where the Sufi ceremony of dhikr is held. Dervishes and people who are followers of Sufism celebrate God together and talk about Him in this room full of peace, covered with carpets, with a built-in mihrab – a place where the prayer leader stands. This is, when it comes to its original purpose, the only place which has remained in the spirit of the old times of Hanikah, which was opened in 1531 by Gazi Husrev Bey. 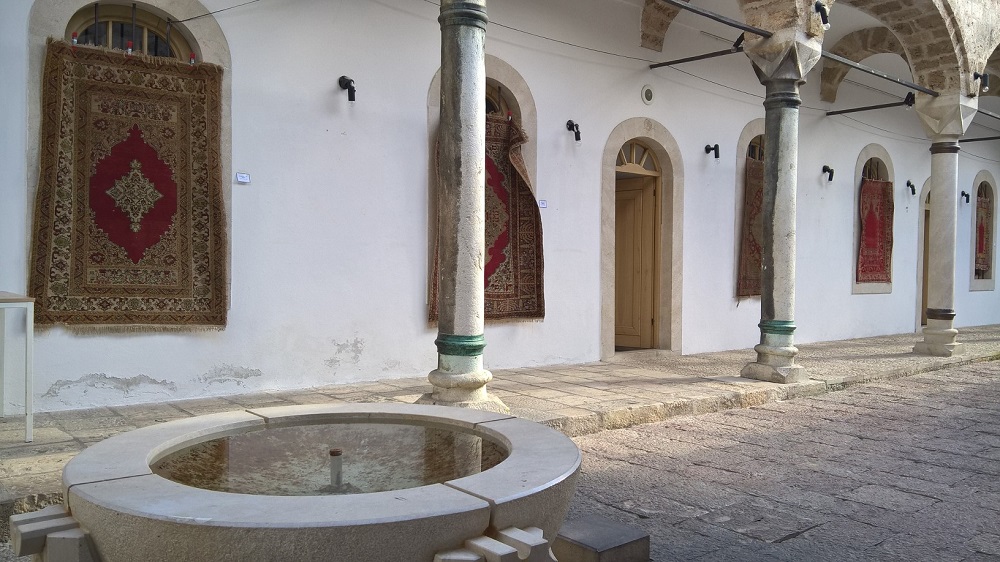 The Sanjak Bey of the Sanjak of Bosnia had a large fortune at his disposal due to his family inheritance, as well as property he received as a gift for his military successes and the courage he showed. Born in Bosnia, his father was also the Sanjak Bey in the region of Aegean Macedonia, while he was connected through his mother, the daughter of Sultan Bayezid II, to the Ottoman sultan family. All this income enabled him to build a valuable waqf (endowment) located at Baščaršija, where he named a freed slave, Duke Murat, as the head person. As he himself was a follower of Sufism, he opted for the Hanikah Halveti order, which at that time was mostly joined by intellectuals, members of the ulema, and it was also favoured by sultans and other statesmen. Hanikah, as per the direction of Gazi Husrev Bey, could only be attended by people who were respected in society for their good behaviour. When the last member of the Halveti order died, members of the Naqshbandi dervish order were named as sheikhs. 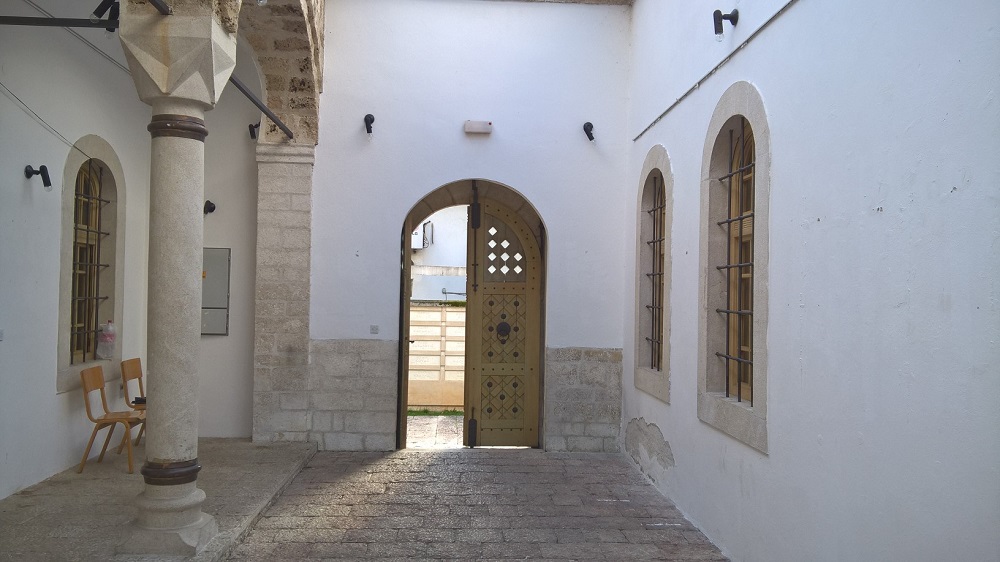 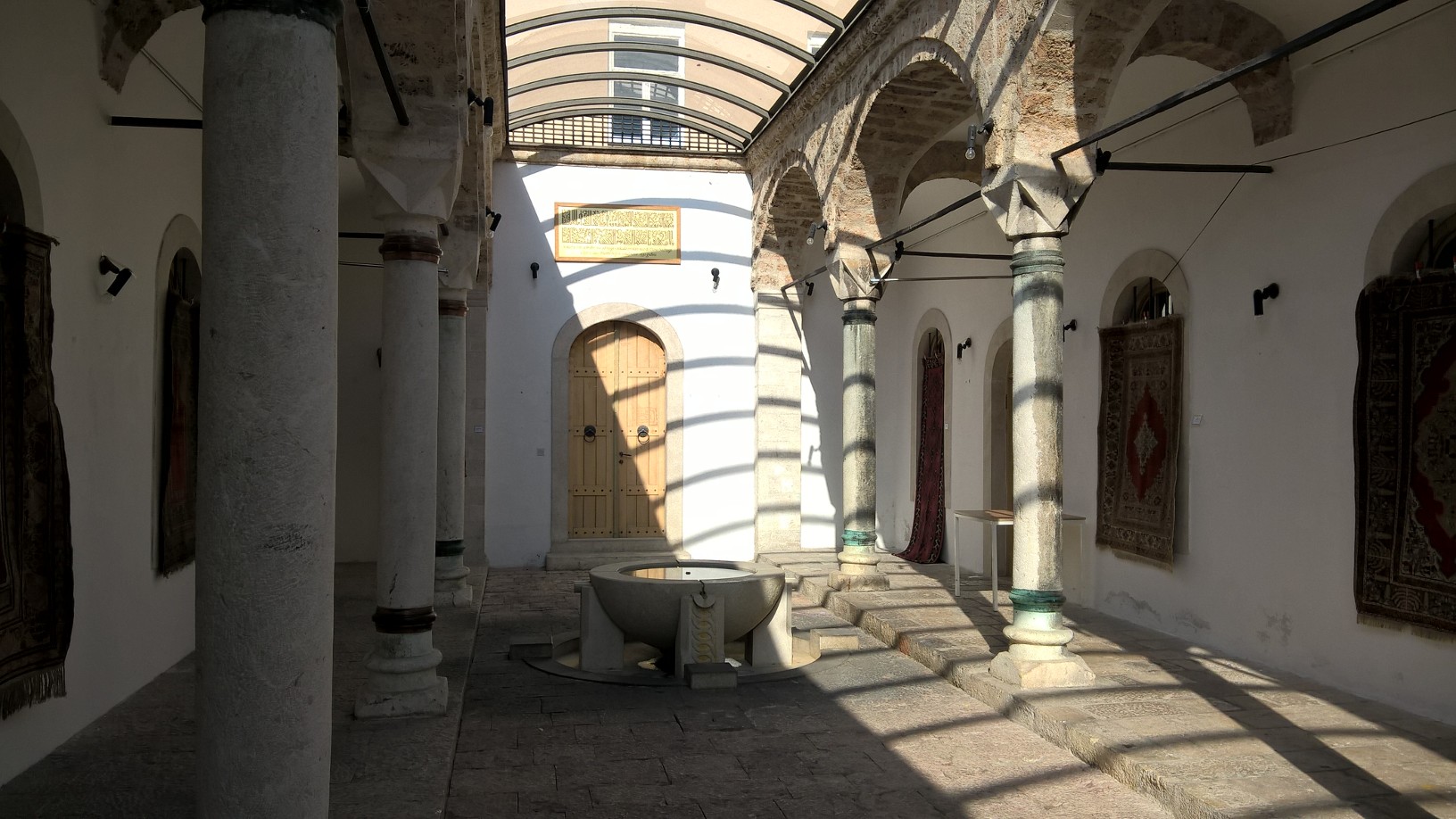 At Hanikah and Hanikah Madrasa, dervishes, pupils, sheikhs and teachers would copy works in various fields in Arabic, Turkish and Persian, of which many have been preserved until today. However, it was difficult to preserve the initial appearance of Hanikah. Fires and earthquakes did not spare it through time, and with renovations came architectural modifications, meaning that the numerous traces of the artistic concept of the original building were lost. Although there were individual tendencies and desires for Hanikah to be architecturally restored to its original appearance, this was never done. The last, thorough restauration of Hanikah was done in 2000, led by architect Nedžad Kurto. As agreed with the heads of Gazi Husrev Bey’s waqf, it was then also concluded that the function of this place would be two-fold: secular and spiritual. As its appearance reminds of gallery spaces, it became a gathering place for art admirers and exhibitors of diverse creative works, intellectual social events, for marking significant historical dates of Islam, while importantly, it still partially kept its indestructible Sufi cosmos. This is where the charm of Hanikah lies, where the practices of mysticism, the mind and art flow together.