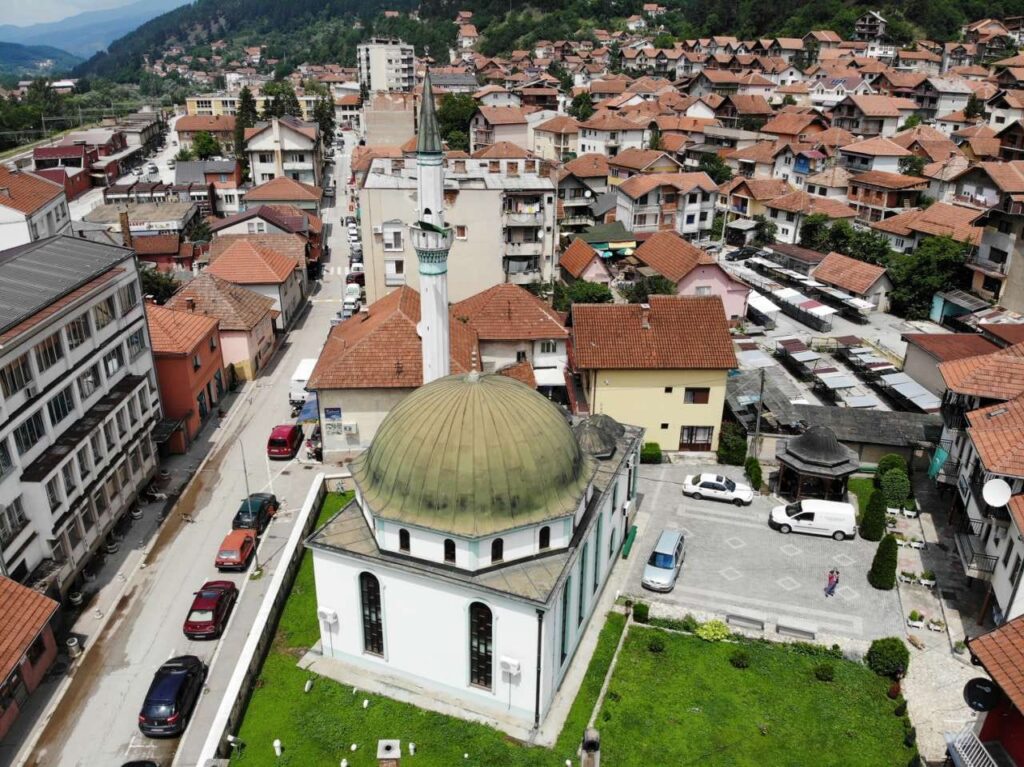 Priboj – Friendly Town on the Banks of the Lim River

The hospitable and hardworking people of Priboj wholeheartedly welcome good-hearted visitors. Many Bosnians and Herzegovinians who have recently been to this town situated close to the border between Bosnia and Herzegovina and Serbia have personally witnessed it.

Priboj is a regular stopping point for many travellers on their way Podgorica, Bar or Belgrade. It is mainly known for “Fabrika automobila Priboj”, a factory that manufactures widely popular trucks, buses and trailers, which has been operating for nearly 70 years, and “Poliester”, a company that manufactures plastic items and car parts.

A Spa With a Power to Heal

Only five kilometres from the town centre there sits Pribojska Banja, a spa renowned for the healing properties of thermal and mineral water springs. It is located on a plateau above the right bank of the River Lim at an altitude of 530 to 550 metres and surrounded by the Stari Vlah Mountain, which also makes it an air spa. In the centre of the spa there are several thermal and mineral water springs with a water temperature of about 37 degrees Celsius. Spa water is used as an auxiliary therapeutic agent, both for bathing and drinking, in all types of chronic joint and extraarticular rheumatism, peripheral nerve diseases, in all types of post-traumatic conditions, spinal diseases, peripheral circulation disorders, gynaecological diseases, skin diseases, digestive organ diseases, etc.

The Largest Mosque in Priboj

Situated in the heart of Priboj’s Old Town quarters, Hasan Agha Mosque is the largest and most beautiful mosque in the Priboj area. In 1758, when the county administrator Hasan Agha, the son of Mustafa, assumed the position of Priboj area administrator, he had a masjid built first, and soon enough he had the minarets of the mosque, which was later named after him, built too. His hometown owes him a lot. In addition to the mosque, he had a maktab (a Muslim primary school) and some other buildings constructed there too. They were all converted into a waqf (a charitable endowment) on 7 July 1758. Hasan Agha was buried in the mosque’s courtyard (enclosed burial ground). The old tombstones in the mosque’s courtyard presumably belong to him and his descendants.

One of the most important episcopal centres in medieval Serbia, the St. Nicholas Monastery in Dabar, which is better known as Banja Monastery near the town of Priboj, was constructed in the 12th century. The earliest known reference to St. Nicholas Monastery dates from 1153—it was referred to as the “monastery in Banja, on the lower stretch of the Lim River, on the border of Raška and Bosnia”. It was also mentioned in 1530 in the works of Benedikt Kuripešić, a renowned Austrian travel writer of Slovenian origin. The monastery underwent a major renovation in 1574 when a biography was painted on the left wall of the narthex.

The Spirit of Times Long Past

The house of the Stevović family, an old and well-respected merchant family from Priboj, is home to the Heritage Museum. Priboj’s artwork, historical work and cultural heritage are kept, studied and displayed there. Visitors can explore its archaeology, ethnography, art, and history departments, a conservation workshop, and a library with professional literature. However, the Ethno House (the House of the Jevđević family) in Zelenac is home to the museum’s ethnographic department. The Ethno House is one of the oldest preserved city buildings in Priboj. Construction work on the house began in 1872 and was completed in 1876. Anyone who wishes to feel the spirit of times long past and get to know the tradition of the Priboj area is welcome to come. The house was constructed by Vukola Jevđević, one of the archpriests of the time, who supervised the Priboj parish at a time when there was no church in Priboj. There is nothing distinctive about it in terms of style and architectural design. It is a common country house with certain town house elements featuring, for the first time, a fireplace instead of a hearth.

Potpeć Lake, an artificial lake built on the River Lim for the needs of the Potpeć Hydroelectric Power Plant, is situated between Priboj and Prijepolje. It is about two kilometres away from Pribojska Banja. It is about 20 kilometres long, covers an area of about seven square kilometres, and is 40 metres deep. Fishing aficionados can catch perch, European catfish and lake trout in the Potpeć Lake. There is also a very attractive fishing village on the lake. Apart from fishermen, daytrip lovers are happy to come there to enjoy the scenery and grill food. The Belgrade-Bar railway runs near the lake.

The Medieval Town of Jagat

One of the nine medieval towns in the Lim Valley is the medieval town of Jagat, which is considered by many a historian the predecessor of today’s Priboj. It sits on Mount Bić above Priboj, at 927 meters above sea level. Jagat was first mentioned as a fortress in 1448 in a document called the Kruševac Memorial. Later on, renowned travel writers such as Benedikt Kuripešić, Evlija Čelebija and others wrote about it too. The town’s fortifications had an irregular elongated shape with a triangular base, and within the fortifications there were fortified towers the remains of which are still visible.

Priboj municipality has a rich cultural life. It is known for the Lim Poetry Evenings, an inter-republic festival of children’s drama. Priboj is also a town of sports, a town that nurtures the sport spirit. Wonderful rafting trips down the Lim River are available from May to October. The main event on the river is the International Lim Biathlon. Held in July each year and gathering a large number of participants and visitors, it is the highlight of the season.

We would like to thank the people of Priboj for their kindness and hospitality to the citizens of Bosnia and Herzegovina who travelled to Priboj to get vaccinated. We wholeheartedly applaud your healthcare professionals! Thank you for giving us the opportunity to protect our own and the health of our loved ones!