The Bosnian and Herzegovinian capital, the city of the great monotheistic religions, is surely one of the rare capitals in the world where you can hear the adhan, a call to prayer from the minaret, and church bells at the same time. Throughout history, Sarajevo never turned its back on anyone who was in trouble.

At the turn of the 15th century, having been expelled from their homes in Spain and Portugal, the first Jews who came to Sarajevo were Sephardic Jews, while Askenazi Jews from Central Europe arrived with the Austro-Hungarians in the 19th century. At one point, due to the coexistence of Islam, Christianity and Judaism, structure-wise, Sarajevo turned into a colorful mosaic, which became its main feature. You can see its wonderful places of worship just by taking a stroll down the streets in the city center where iconic structures of Catholicism, Orthodoxy, Islam and Judaism are located.

Congregational Church of the Holy Mother of God

Not many people know that one of the largest Orthodox churches in the Balkans was built at the initiative of Sarajevans. Following an order from Sultan Abdul Aziz, the construction work took place from 1863 to 1874. 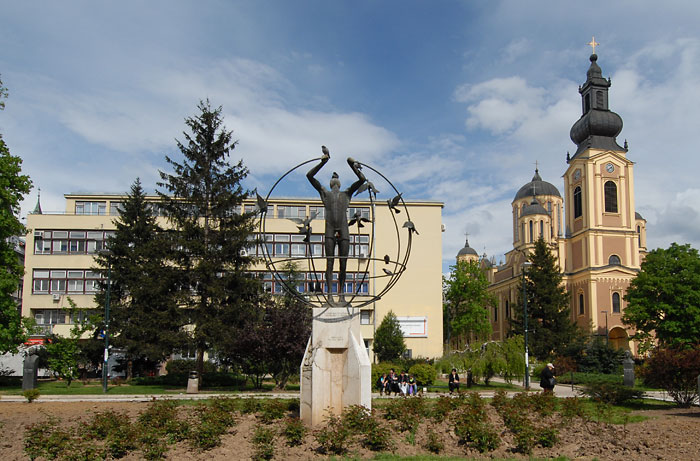 The church was built by Andrej Damyanov, who came from a family of esteemed builders, the Renzovski family, associated with many beautiful churches in the Balkans. At present, the Congregational Church of the Holy Mother of God looks somewhat different from what it looked like originally. Made of stone, it had a lead-covered roof back then; however, during the First World War, the Austrians took the lead roof down, including the lead church bells, and covered the roof with sheet metal. Then, in 1921, it was reconstructed for the first time, and new church bells, among other things, were set up weighing 2,800 kg, 1,600 kg and 750 kg. The icons on display at the church to this day are the ones that Archimandrite Sava Kostanović brought from Russia in 1873. 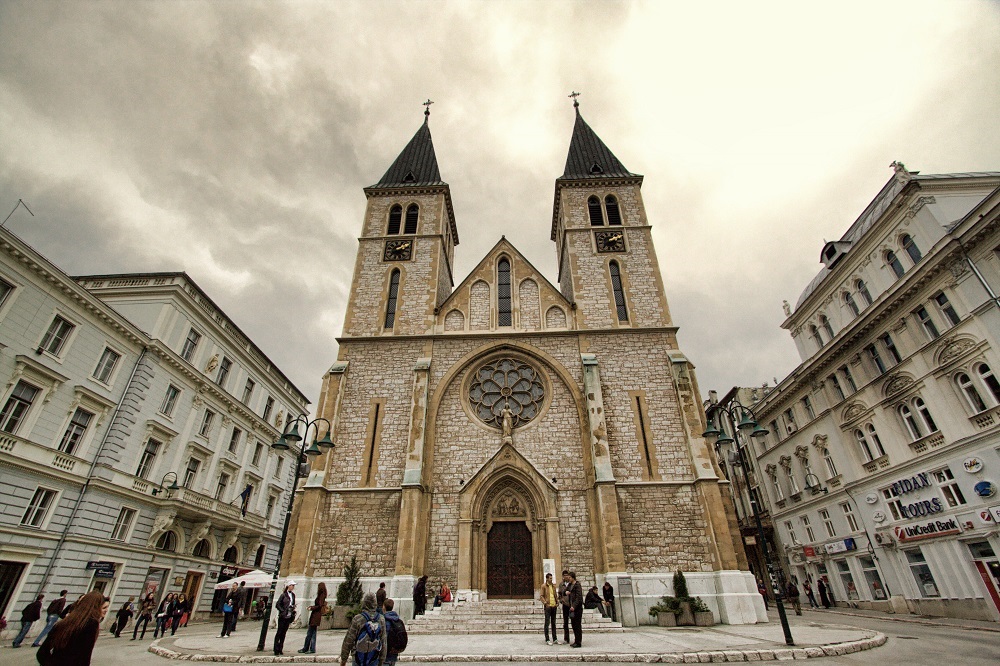 Built in the neo-Gothic style in 1889, the Sacred Heart Cathedral is the cathedral of the Roman Catholic Archdiocese of Vrhbosna. Two 43,2-meter-high bell towers are located on the front façade. The bell in the west bell tower weighs 2,5 tons, whereas the east tower contains five smaller bells. Above the main entrance to the cathedral, there is a prominent arch and a richly decorated rosette with stained glass, while a statue of Jesus is placed at the bottom of the rosette. Next to the entrance to the much respected religious edifice, located on the square which is always full of life, there is a monument dedicated to a former head of the Roman Catholic Church, Pope John Paul II, who visited Sarajevo in 1997. Josip Štadler, Archbishop of Vrhbosna from the early 20th century, who initiated the construction of the Sacred Heart Cathedral, was buried in it.

The Askenazi Synagogue, built in 1902 on the left banks of the Miljacka River, between the Drvenija and Ćumurija bridges, used to be the third largest synagogue in Europe. Built in the Pseudo-Moorish architectural style based on the design of Karl Paržik, a renowned architect, who designed it to resemble the temple in Budapest, it has four corner domes and is coated with relief ornaments. Ludwig Jungwirth was in charge of the exterior construction work, whereas Ludwig Oisner was entrusted with interior finishes and paintings. Chief Rabbi Dr. Samuel Vesel consecrated this famous religious edifice. Its east side, facing Jerusalem, houses Aron HaKodesh, a cabinet where the Torah is kept. Regular religious services are performed in the Ashkenazi Synagogue, while the Old Jewish Temple hosts major holidays, among others, the Jewish New Year, Rosh Hashanah, and Yom Kippur, the day of atonement, forgiveness and reconciliation.