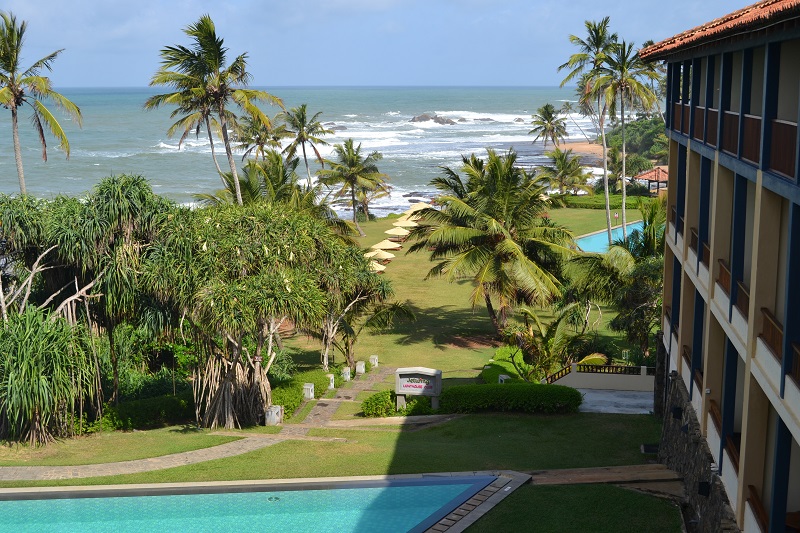 An hour and a half flight to Istanbul. Then, seven and a half hours flying to the Maldives, with a short stay on the plane. You admire the big blue that surrounds these paradise islands. Another hour and a half flight. Now you are flying over the endless greenery. That’s what the trip from Sarajevo to Sri Lanka’s capital city of Colombo looks like

Visa that you prepared earlier on the Internet, and that costs 40 US dollars, awaits you at the airport. You walk out of the airport building and feel only the heat and big humidity. Still, it is not unbearable! Immediately there and then you realise that you are far from home. In some completely different world. Pleasant, kind, warm.

Flourishing of the state

This island state that is located in the Indian Ocean southeast of India, according to legend, used to be connected to the mainland. You expect a language similar to Indian. For us who come from afar, it really does sound similar, although it does not have a single word that is anything like Indian language. There are mostly no similarities in the way of life either.

After centuries of rule of the Portuguese first, then the Dutch, and afterwards the British too, in 1948. Sri Lanka, then still called Ceylon, declared its independence. Several years later, after Sinhalese language was declared the only official language in the country, its Tamil people revolted, which then turned into an almost 30-year long bloody war under the rule of the guerrilla group of Tamil tigers.

On the decisive 19 May 2009, the president declared the end of the rebellion and the victory of the government’s army. In the following seven years, this country experienced an economic boom. Industry, agriculture, tourism – everything flourished hurriedly. Thus, today this is a country with some 20 million citizens in a territory that is only slightly bigger than that of Bosnia and Herzegovina, and where only 4% of its people are unemployed!

Apart from tourism, which is one of the main economic fields of Sri Lanka, the industry of tea, cinnamon, textile, rubber and gemstones are also developed. It is one of the biggest exporters of cinnamon in the world, and it also exports tea, rubber and coconut.

The peace, the lakes and the tea plantations

We first go to Galle, a town in the South of the state, known for its huge walls which were built by the Portuguese. The city walls are mostly populated by Muslims, who total 7% in the entire country.  Most numerous are Sinhalese, then Tamil and others. Buddhism is the most widespread religion. Old and new Buddhist temples greet you in all parts of the country. Very often you can see mosques, churches and Hindu temples too.

You drive to the central area of Sri Lanka first on the short highway, and then on the not so good roads, and you ascend to the altitude of over 2000 meters above sea level. You pass by the many waterfalls, tea plantations, small semi-demolished shacks which in fact are shops, workshops or restaurants. 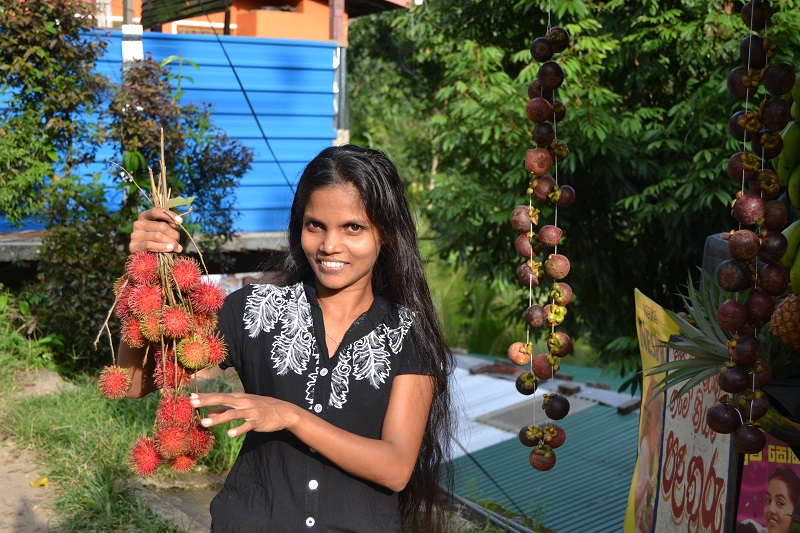 You make a brief detour from the road and you find yourself in a restaurant with a beautiful view and modern interior. You drink coffee that you get in a bag, like for tea. A view of the river. Wild. Ideal for rafting – very popular in this part of the country.

Almost five hours of meandering was needed to conquer one of the highest peaks in the country. Nuwara Eliya is a place where the British colonialists rested from the heat of Sri Lanka. The peace, the lakes, the tea plantations. Parrots eating at the tables. Modern villas all around, mostly in a newer imperial style.

While visiting one of the tea factories, a polite girl explained the process of tea making, how the green ones are made, several kinds of black tea and the white one, the most expensive one by far. It is a long, arduous and demanding process, we conclude. 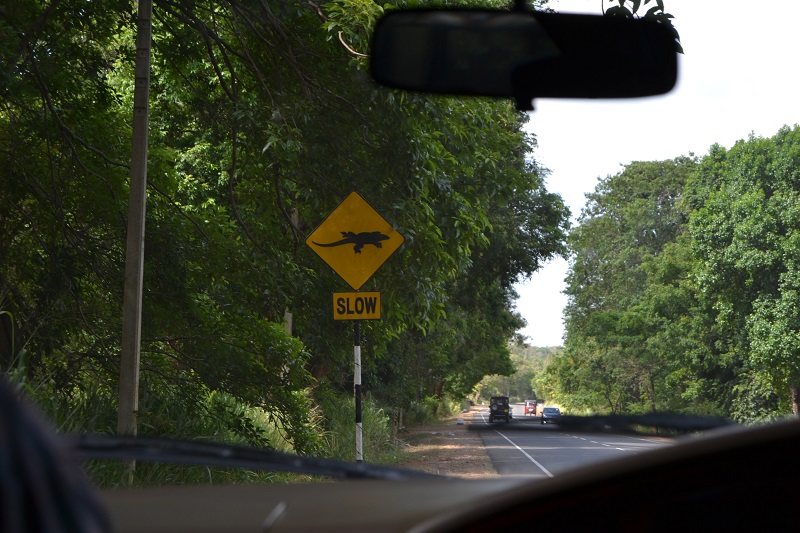 Afterwards we descended to lower heights and moved to the northern part of central Sri Lanka. The next stop was Kandy, the seat of the last king of Sri Lanka. In the centre of the town there is a big lake. The atmosphere is very busy. Lots of tourists everywhere. Still, the calm of the polite, always sincerely smiling hosts make your stay a very pleasant one.

On the road to Sigiriya, driving east, we visited Minneriya national park. This is where hundreds of elephants rest by the river every day. It is not unusual to see them on the road while you are driving in your car to the next town. On that same road, there are warning signs: slow down, crocodiles passing, and the monkeys casually roam wherever you go.

It took a few more hours of driving to get to the east coast. It is a large bay which makes the Indian Ocean less wavy. Calm, warm sea, heavenly beaches, palm trees, luxury hotels, while only five years before there was nothing here, and seven years before there was, so they say, one of the bloodiest wars in Asia. 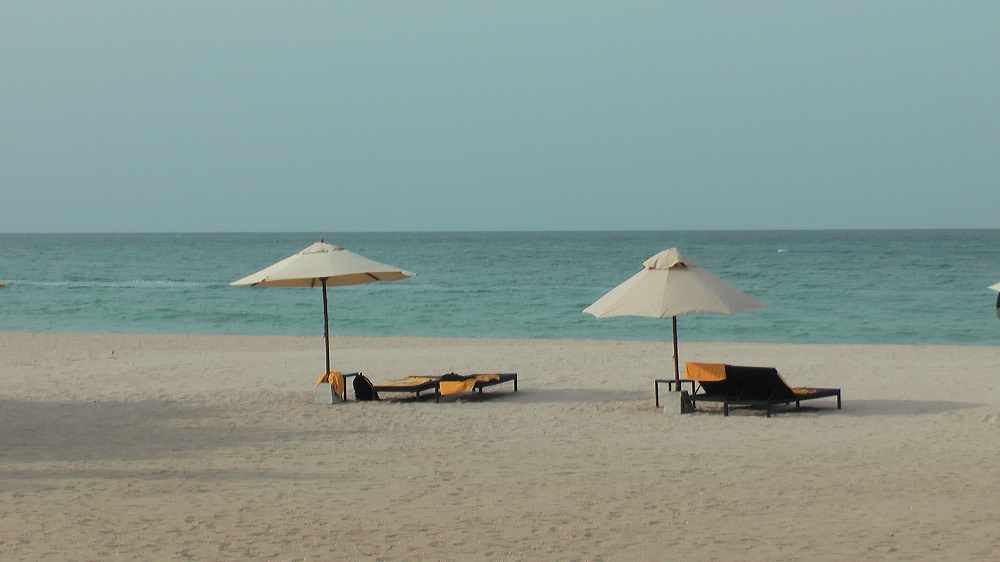 It was an unique opportunity to relax by the luxury pools, white sand, long, wide beaches and the Indian Ocean. We were feeling melancholy as we left Sri Lanka, its beauties, its history, its people. Calm, always smiling from the heart, accommodating, pleasant and friendly people.