The awakening of Sarajevo

The city administration of the City of Sarajevo has implemented and participated in a number of significant projects, whose aim is – a better and more beautiful bh. capital city

Everyone agrees in one matter – Sarajevo should definitely be visited! It is not difficult to understand why, if even the British newspaper Telegraph recommends to its readers Sarajevo and B&H as an attractive tourist destination; our capital city is also praised by the renowned American newspaper Huffington Post, placing Sarajevo in the second place among the ten most beautiful cities in the world, while the report of the most famous international portal CNN Travel highlights 11 unavoidable destinations in Sarajevo that delight every visitor.

Trebević cable car is one of the key post-war projects in Sarajevo that, in a symbolic way, restores the interrupted connection of the capital with the Olympic beauty. The construction of the cable car has returned the optimistic spirit and Sarajevo among the positive stories, but its full significance will be felt in the spring of 2018 when it will be officially put into operation.

The Trebević cable car will consist of 33 modern gondolas, each with 10 seats, with a capacity of 1,200 passengers per hour, and the trip to Trebević will take only slightly more than seven minutes. Panoramic gondolas will be in the colours of the Olympic circles and will reflect the unity and multi-ethnicity of Sarajevo.

As it was estimated that it will be used by half a million passengers per year, the City of Sarajevo has started developing a plan for the implementation of the accompanying contents on Trebević. The project of marking the hiking trail from the very center of the city (Inat house) to Trebević was launched, and the conceptual design of the mini ski resort was made. 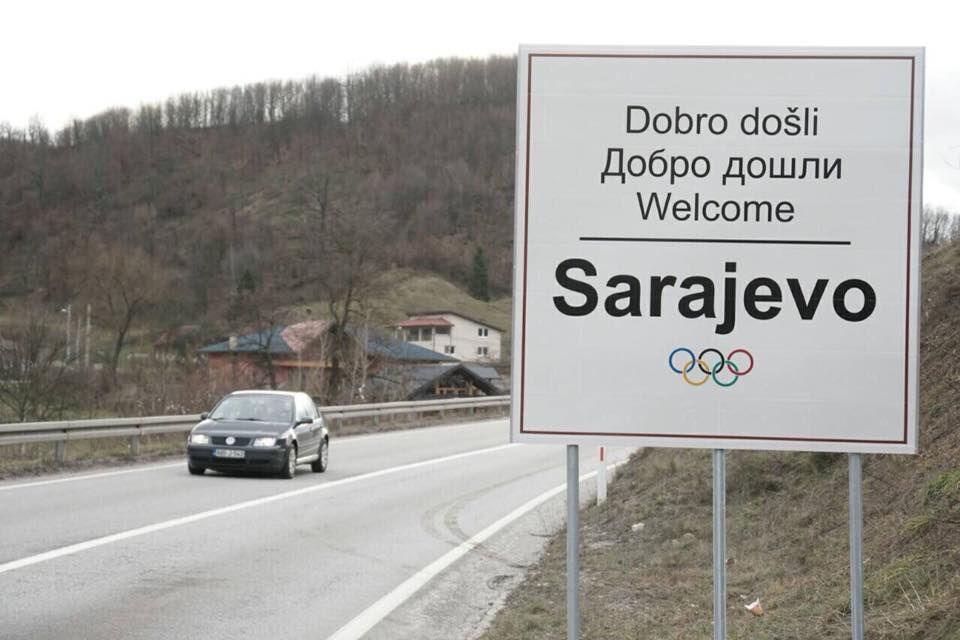 The City of Sarajevo has recently also launched a project of the Olympic Museum building’s restoration. This building, which the Commission for the Preservation of National Monuments of B&H put onto the list of protected buildings in 2009, is a symbol of the city that brings back memories of the 1984 Winter Olympics. So far, two phases of restoration have been done. Currently, preparatory works are being carried out in the form of making project documentation for the final phase of reconstruction of this facility. City of Sarajevo has undertaken all measures to ensure that the museum opens before the European Youth Olympic Festival – EYOF 2019, organised by Sarajevo and East Sarajevo. Preparations for the Youth Olympics in 2019 are ongoing in the planned dynamics, as was confirmed by the members of the Coordination Commission of the European Olympic Committee, words that “they are leaving Sarajevo satisfied for the first time with the work that has been done so far!”

During the mandate of the new city administration Sarajevo could also join the capital cities that have Museum of Contemporary Art. A legal procedure was initiated to establish a public institution ARS AEVI, which should provide a permanent solution to the problem of accommodation of one of the most valuable art collections in the region.

After a very successful retrospective exhibition of Mersad Berber in the City Hall, seen by more than 20,000 citizens and tourists, a museum will be founded in the center of Sarajevo next year in honour of this great bh. artist.

By organising for the first time a three-day open-air spectacle, the City of Sarajevo will be the New year’s center of the region and one of the most desirable destinations in Europe this year.

The outdoor event will last for three days, and will begin with the performance of young virtuosos Muzikart on December 30th. On New Year’s Eve, the biggest regional star Zdravko Čolić will perform at the Square of B&H, while the third night of celebration will be special becauase of the performance of the band Crvena jabuka in front of the Eternal Fire.

Open-air concerts will be accompanied by a series of traditional events, such as Sarajevo Holiday Market, which will further enhance the festive atmosphere.

The City of Sarajevo has gone a step further by intensifying activities in the field of international cooperation. Official visits to Belgrade, Vienna, Ankara, Istanbul, Ljubljana and Skopje were made for the purpose of arranging projects in the fields of culture, tourism, youth and science, while the City of Sarajevo hosted visits from the leaders of the Central Administrative District of the City of Moscow and longtime friends from Konya, Friedrichshafen and Dubrovnik .

At the Mayor Forum in Podgorica, Mayor Skaka met with the mayor of Beijing with whom he discussed the strengthening of economic cooperation, especially in the field of tourism, while with the mayor of Budapest he agreed to hold the Days of Sarajevo in the Hungarian capital.

Thus, to Sarajevo, whose doors are opened to everyone, new doors will also be opened in the future. The city wants to make its hospitality even more generous by sending messages to visitors at different locations.

For this purpose, new welcome boards were installed on the main roads at the entrances to the city. The project was initiated and financed by the City of Sarajevo with the aim of improving the city’s tourist signalisation.

With the arrival of the new city administration, the City Hall began to offer its visitors a new concept of presentation of the best from Sarajevo. Starting from Contemporary rooms, they can continue their tour of this top tourist attraction of our city, viewing the setting of the Bosnian room and the photographic reconstruction of the Trebević cable car, while in the room of the City Council they will be able to see exhibits on display that testify to the existence of the City Administration and Council through different periods. The Room 25th November will also attract attention, as will the Franz Ferdinand Room.