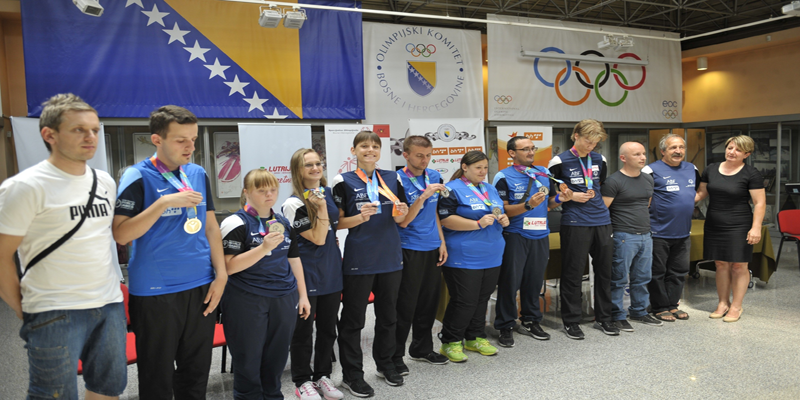 The gold medals went to: Hasan Sejdinović for the 200-meter sprint, Snežana Džida for the 400 m athletics, and the B&H Inclusive Football Team.

The director of the B&H Special Olympics, Kada Delić, emphasized that this was the most successful competition for athletes with disabilities from B&H.

– The ten medals are an indicator of great work and dedication, when it comes to the athletes and trainers and everyone else involved in this project – said Delić and emphasized that the most progress in the last ten years in the region has been made by the Special Olympics in B&H, and that the program of inclusion, which has been implemented in primary and secondary schools in B&H has been recognized as a good model in other countries as well.

Apart from the competitive part, as part of the games, the Global Youth Leadership Summit and program were held, where participants presented their projects, ideas and visions.

The hosts of one of the most successful and best organized Special Olympics in the United Arab Emirates announced that a new foundation would be formed with the purpose of promoting sports for people with disabilities.