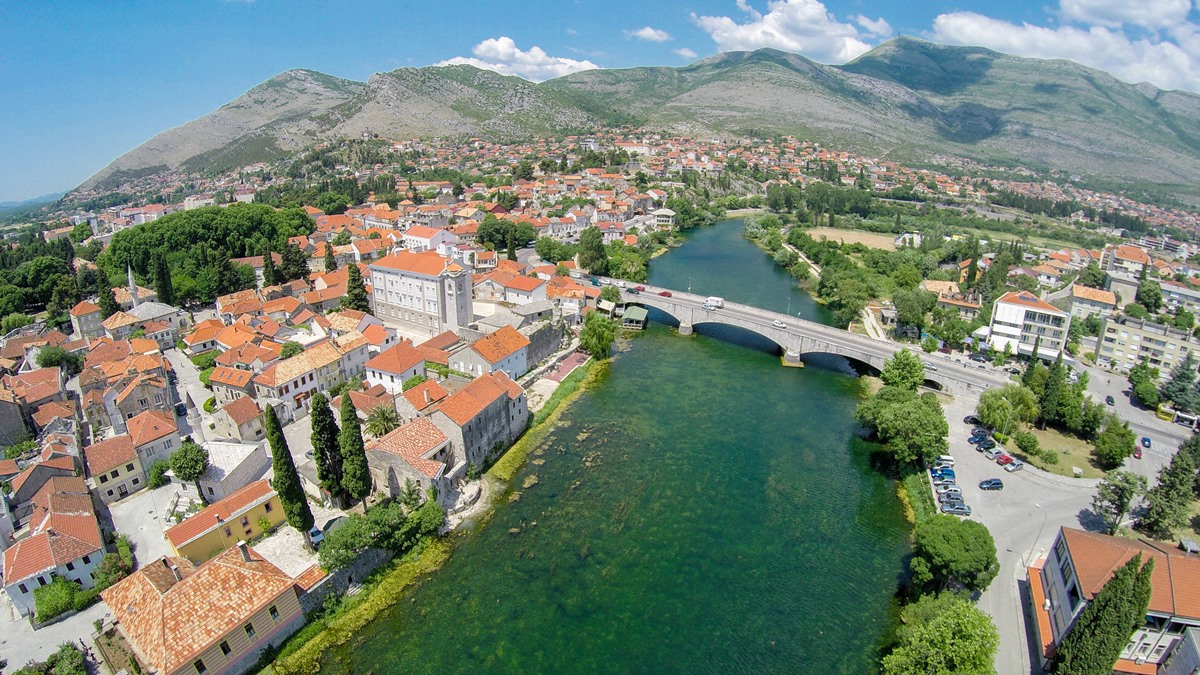 The medieval Old Town, the Arslanagića Bridge, excursion sites, the greatest water park „Grad Sunca“ („City of the Sun“), the music festival with a view of the city, are just some of the reasons to visit Trebinje.

When you walk through the gate of the Old Town, it is as if you have walked through time. The core of the Old Town is untouched – here, you will be greeted by cobblestone, narrow streets and stone houses with restaurants/cafes and shops. Upon arrival to Trebinje, you can almost feel the proximity to the Adriatic Sea, the smell of lavender, figs and rosemary. This is also the only city in Bosnia and Herzegovina where, due to the proximity of Dubrovnik, you can feel the influence of the Renaissance, interwoven with Ottoman, Austro-Hungarian and socialist elements.

2. A city with the greatest number of protected monuments

Because of its history, which dates back to prehistoric times, Trebinje is abundant with cultural and historical monuments, i.e. the city and its surroundings have the greatest number of protected national monuments in all of Bosnia and Herzegovina. The Museum of Herzegovina attracts the greatest number of visitors with a large number of valuable exhibits, as well as Osman Pasha’s Mosque and the Careva (Emperor’s) Mosque, the stone bridges and water wheels, and the large number of necropolises of stećci (medieval tombstones) and medieval monasteries in the surroundings, which are interesting because of the style that they were built in; we would single out Tvrdoš, Duži, Zavala and Petropavlo’s Monastery.

Trebinje is a bit of a phenomenon with its 260 sunny days in the year, making it one of the sunniest cities in the Balkans. Due to the pleasant Mediterranean climate, it is characterized by pleasant and warm summers (the unbearable Herzegovina heat is quenched by the cold Trebišnjica River), and mild and short winters, so whichever part of the year you decide to head in this direction – you can almost always expect to find good weather and cheerful locals.

The tourist and sports and recreational complex is situated a few kilometers from the center of Trebinje, at Draženska Gora, and it consists of the greatest water park in Bosnia and Herzegovina, which stretches out over 79 000 square meters. The complex has 6 pools and 13 slides, of which two are – Splash Safari and Dino Park (life-size replicas of dinosaurs). As part of the complex, there is a wellness spa center, ethno village, artificial lake, sporting grounds, the first five-star hotel in Trebinje and much more.

Trebinje locals are truly thoughtful hosts, so they welcome their guests with a full dining table abundant in healthy and natural food cultivated in this fertile region. The region is also known for good wines, with records that testify of this dating back all the way to the Middle Ages. Traditionally, many families in Trebinje are winegrowers, and the fact that they have received medals from the most demanding of palates at international exhibitions in Vienna, Paris and London speaks of their quality. Fans of wine can enjoy some of the many wine tours and see the quality for themselves.

6. Music festival with a beautiful view of the city

In recent years, at the beginning of August at the amphitheater located on Crkvina hill and the plateau in front of Hercegovačka Gračanica, the „Music & More SummerFest“ has taken place, an international festival of classical music, which is truly a unique experience. Concerts are held on the plateau around the Blagovještenje Church (Church of the Holy Annunciation,) from which there is the prettiest view of the panorama of the most southern B&H town at the foot of the karst giant Mount Leotar, in the tame valley of the Trebišnjica River. 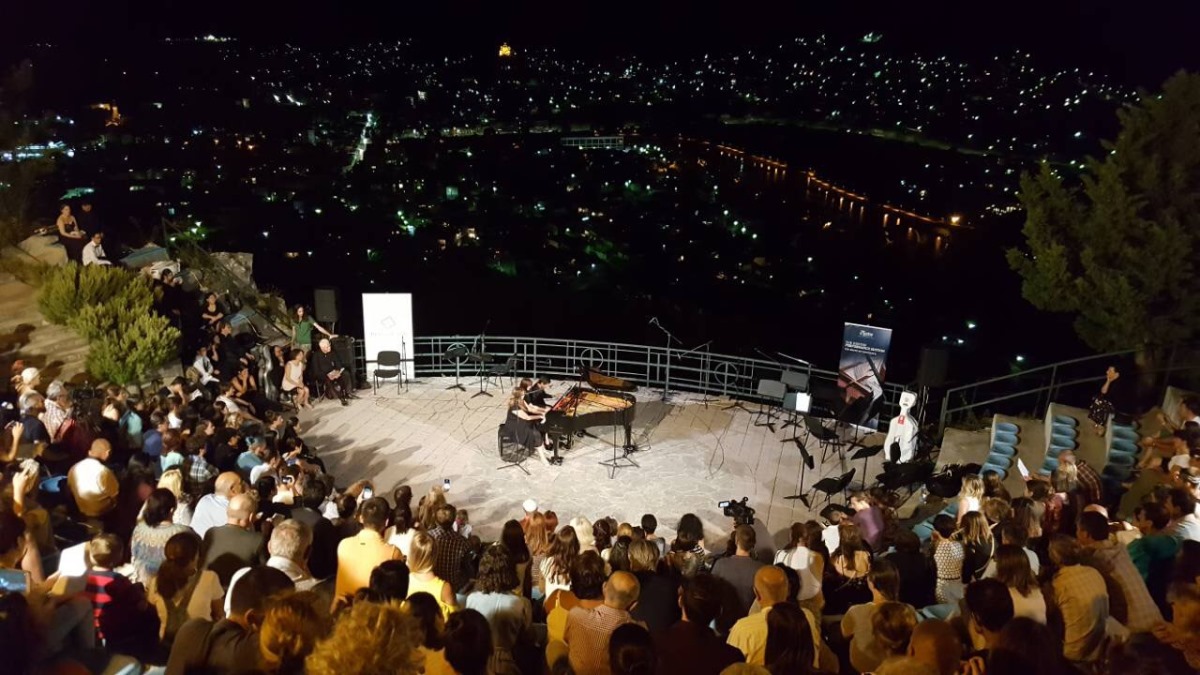 On the fiery Trebišnjica River, which separates the city into two parts, twenty bridges have been built, which is why the locals often call it „little Venice“. The prettiest among them is the Arslanagića Bridge, an elegant representation of the Ottoman architecture of this region. Built in 1573, the legacy of Mehmed Pasha Sokolović is 92 meters long, and represents the oldest structure in Trebinje, which stands out to this day, because of its beauty and unusual stories related to it.

The sixteen giant plane trees on the city square were planted during the Austro-Hungarian period; they are a symbol of Trebinje and a tourist attraction. With their century-old branches, they protect the city center, creating great shade during summer in front of „Platani“ Hotel, where you can hardly find a spot in the outdoor cafe. Trebinje locals like to say that you have not been to Trebinje if you have not had a coffee under the plane trees, and if you really want to enjoy yourself, you should always listen to the locals. 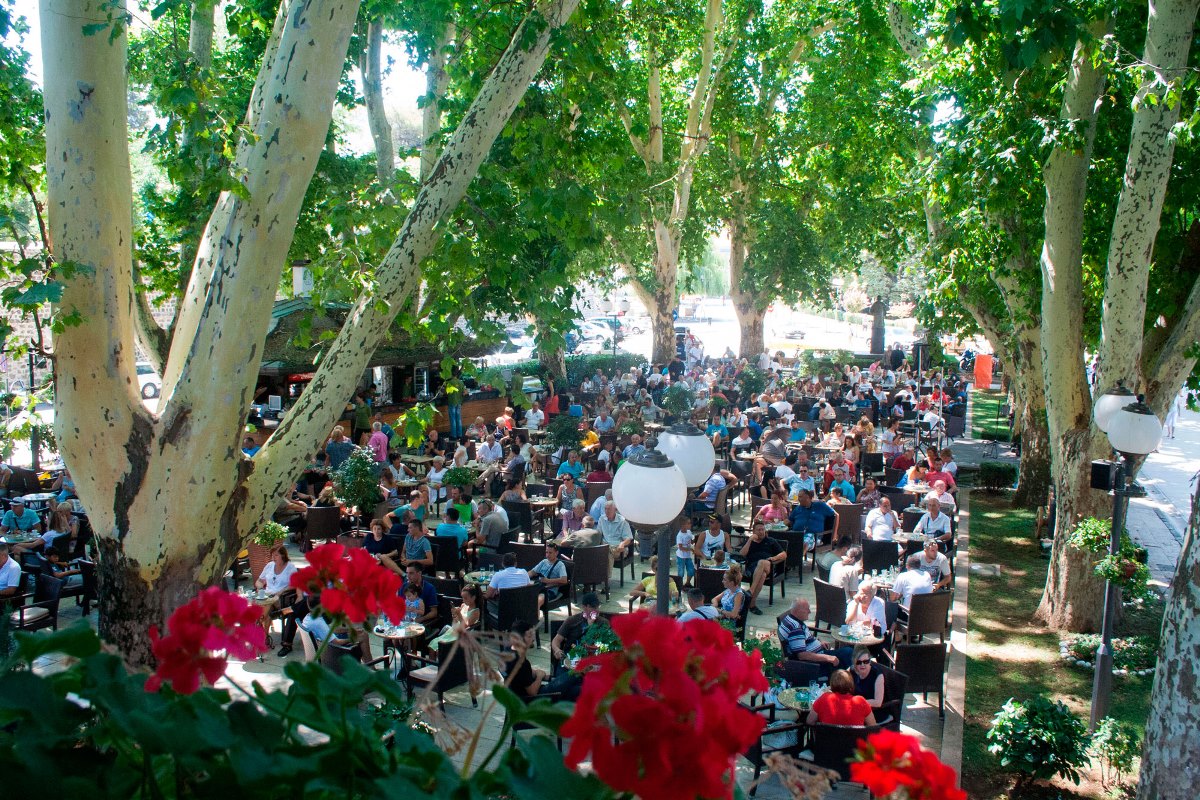 9. The city of poet Jovan Dučić

The writer and diplomat Jovan Dučić (1874-1943) gave the most to „His dear Trebinje“ with the written word and selfless engagement. He dreamed that his birthplace would become a cultural center, so he initiated the construction of today’s Museum of Herzegovina, where you can find various exhibits that Dučić brought to this city from his diplomatic travels. He can also be credited for the large number of monuments that you can see while on a stroll through the city. In his honor, the „Dučić Poetry Nights“ are organized each year.

Throughout the entire year in Trebinje, a number of events are held. Among the most interesting sporting events is “Trebinje Vertikal – Trka u Kamenu” (“Trebinje Vertical – Race in Stone”) from the banks of the Trebišnjica River to the peak of Leotar, and the bicycle race “Za Sirac Sira” (“For a Wheel of Cheese”). The best divers show their diving skills each year at the traditional jumps from the Kameni Most (Stone Bridge). The city also has an artistic soul, so each year there are organized art colonies, exhibitions, music concerts and a film festival, and among the most popular are the Mediterranean and European Film Festival, the Trebinje Rock Gitarijada and the “Festival of Festivals”. Another significant event is the christening of the city and the cathedral temple – the Holy Transfiguration of the Lord.