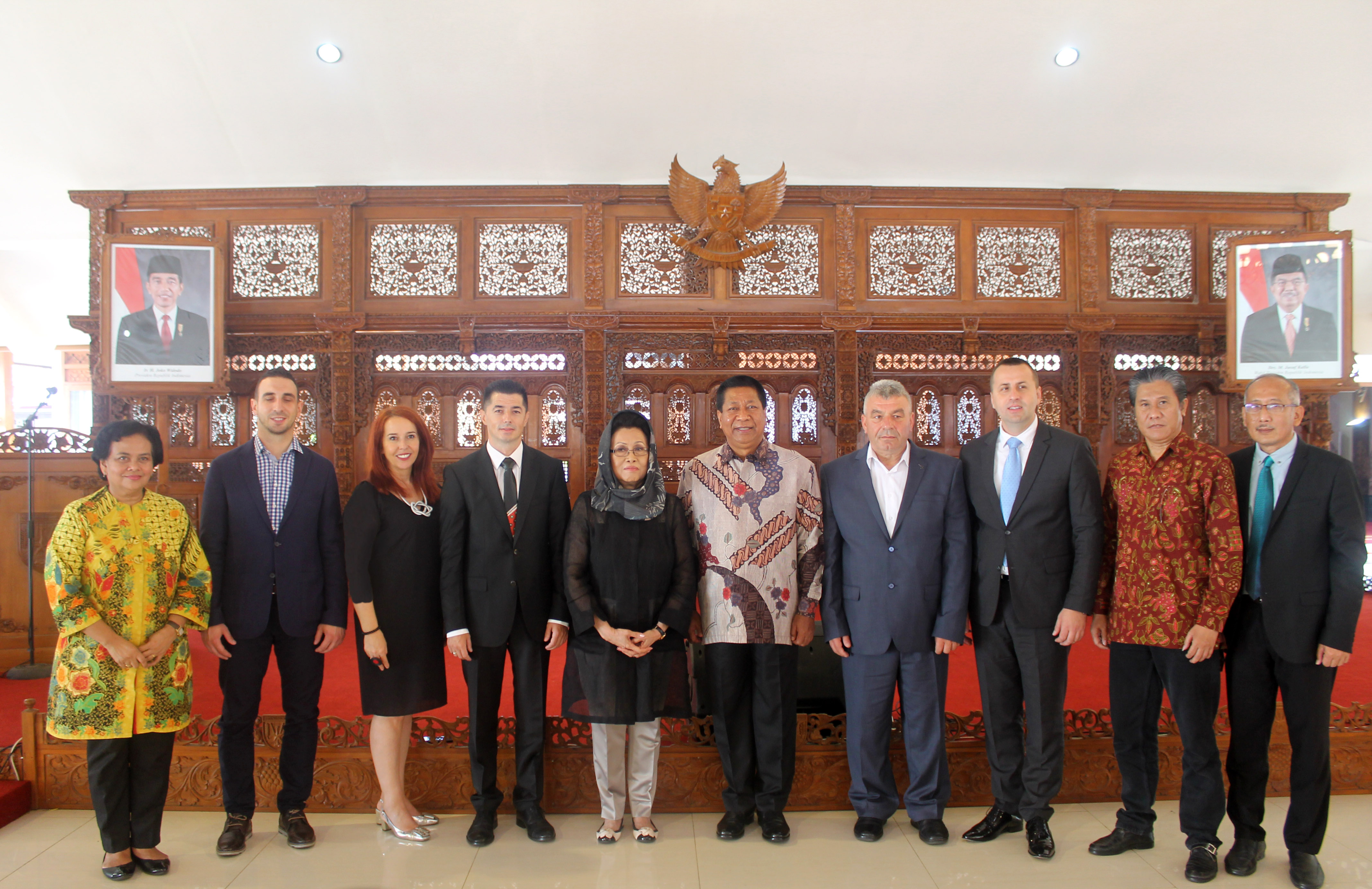 B&H and Indonesia have been fostering a good relationship for a number of years, and thanks to ambassador Amelia, advancements in economic cooperation are becoming more visible. So far, the cooperation between the two countries has been based on the exportation of military equipment and armament to Indonesia and the importation of paper, palm oil, coconut flour, cinnamon, cocoa and coconut shell briquettes.

An increasing number of Indonesian tourists are visiting Bosnia and Herzegovina, and apart from Qatar Airways, Turkish Airlines also has a direct line to Bali, and it is expected that the number of B&H citizens who travel to this exotic island will increase. It is important to point out that citizens of Bosnia and Herzegovina do not need a visa for a stay of up to 30 days, and we can hope that the visa requirements for citizens of Indonesia will be less restrictive soon.

The first meeting of businessmen took place at the Ministry of Foreign Affairs of Indonesia, where our delegation met with the director of foreign affairs and businessmen from Jakarta and East Kalimantan. At the meeting, they discussed potential business cooperation, the possibility of importation and exportation of goods for both regions, as well as tourism potential.

There are students from all over the world studying in Indonesia, including several students from East Sarajevo, and now conditions have been created for better cooperation and student exchange. The University of Indonesia is seen as an eco-friendly university, as 1/3 of the total area of the campus is forested, there are 6 lakes, and electric buses are driven within the campus, while students use electric scooters, all with the goal of protecting the environment.

After Jakarta, the governor of North Sumatra in Indonesia, Edy Rahmayadi, along with his associates and the economic community, met with our delegation in his residence at Sumatra, where business cooperation between Brčko District of B&H and North Sumatra was discussed. After that, we visited the state palm oil plantation, visited factories and fields where palm trees grow, and meetings were then held between producers of palm oil and coffee.

At Sumatra, we were hosted by Dr. Moh Fauzi, a great friend of Bosnia and Herzegovina. Apart from business meetings, we saw natural and tourist attractions, and visited the impressive Sinabung volcano, which last erupted three years ago. Another natural miracle of Indonesia that we visited is the Toba Lake, which was formed as a result of volcano eruption; it is 450 meters deep. We also visited the Merapi mountain, known for the volcano of the same name, which is famous for frequent eruptions.

TWINNING OF BRČKO AND MAGELANG

The main purpose of this visit to Indonesia was the twinning of the city of Brčko and the city of Magelang at Central Java, which was arranged at the first Brčko District Business Forum of Bosnia and Herzegovina.

The letter of intent was signed by the mayor of the city of Magelang, Sigit Widyonindit, and the chief of the delegation of Brčko District, Damir Bulčević. On this occasion, significant for both cities, the ambassador of Indonesia to B&H declared that the city of Magelang was chosen as it has similarities with the city of Brčko, even though one is in Europe, and the other in Indonesia.

The chief of the delegation of Brčko District, Damir Bulčević, said that signing the letter of intent opened the path to further cooperation with the city of Magelang in the field of business and tourism, and that from now on, these cities will be able to exchange students and lecturers, and they will also introduce their cultures to each other. Bulčević invited the delegation of the Government of Magelang to come to our country in October, and he pointed out that he hopes that they will attend Brčko District and the 3rd Brčko Business Forum.

The mayor of the city of Magelang, Sigit Widyonindito, said that signing the letter of intent will contribute to learning from each other and getting to know each other, and to successfully collaboration on more fields.

Magelang is located 43 km north of Yogyakarta, and this, as they also call it, city of a million roses, received the award for Top 99 innovations in public service, and it was twice declared the best Smart City in Indonesia. Magelang is also the closest capital to the city of Borobudur, a Buddhist monument from the ninth century, which is part of the UNESCO heritage, which we also visited.

After official visits, ambassador Amelia invited our delegation to Bali, where we got to know the culture and sights of this exotic island, and enjoy the culinary delicacies and Kecak&Fire and the Barong dance.

We had the honor of meeting the long-term friend of ambassador Amelia, Agung Rai, artist and owner of the Museum of Art, which together with Balinese artists promotes their culture in Ubud. Apart from in arts, Agung Rai is very engaged in establishing world peace, and he is guest lecturer at many world conferences.

The honors with which our delegation was greeted in Indonesia are quite amazing. In the city of Madan, there was a billboard with words of welcome, and newspapers wrote about our visit. Everyone really loves Bosnia and Herzegovina and they know a lot about our past, Tito, Srebrenica and the last war, but also about Sarajevo Business Forum and Brčko Business Forum.

AHMAD YANI, A HERO OF THE REVOLUTION

The father of ambassador Amelia, Ahmad Yani, was a hero of the revolution in Indonesia, and Indonesians really respect their history and heroes, so ambassador Amelia is greeted with the greatest honors. We also visited a museum in Jakarta dedicated to the hero Ahmad Yani, which is located in the house where ambassador Amelia grew up. In several Indonesian cities, monuments have been erected in his honor, and streets and the airport in Bali bear his name. 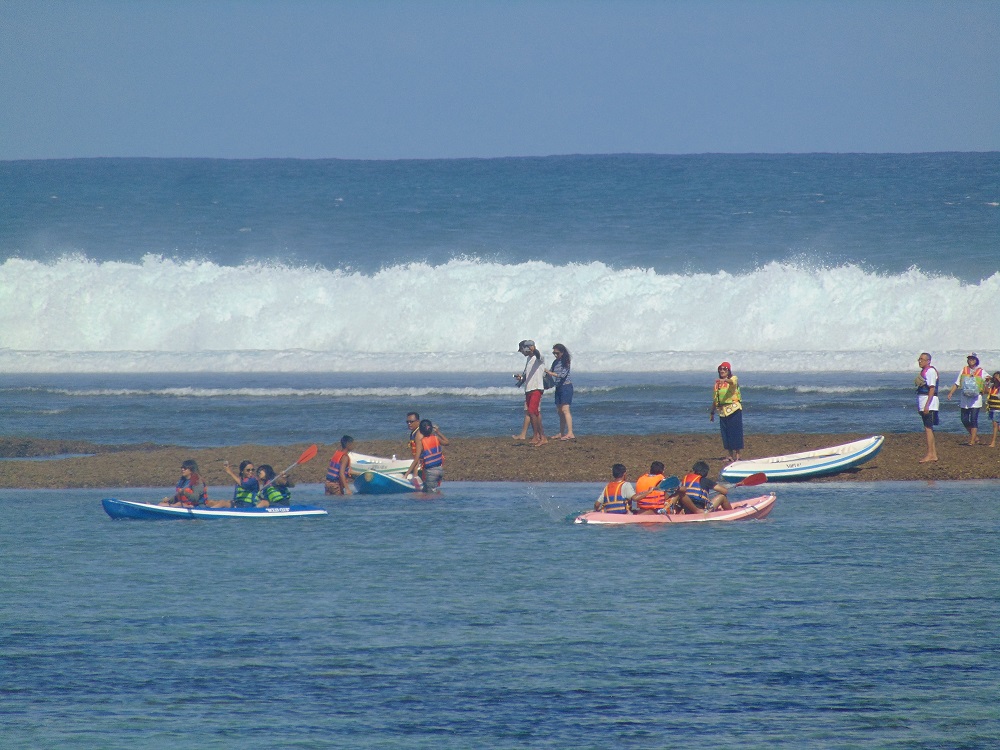 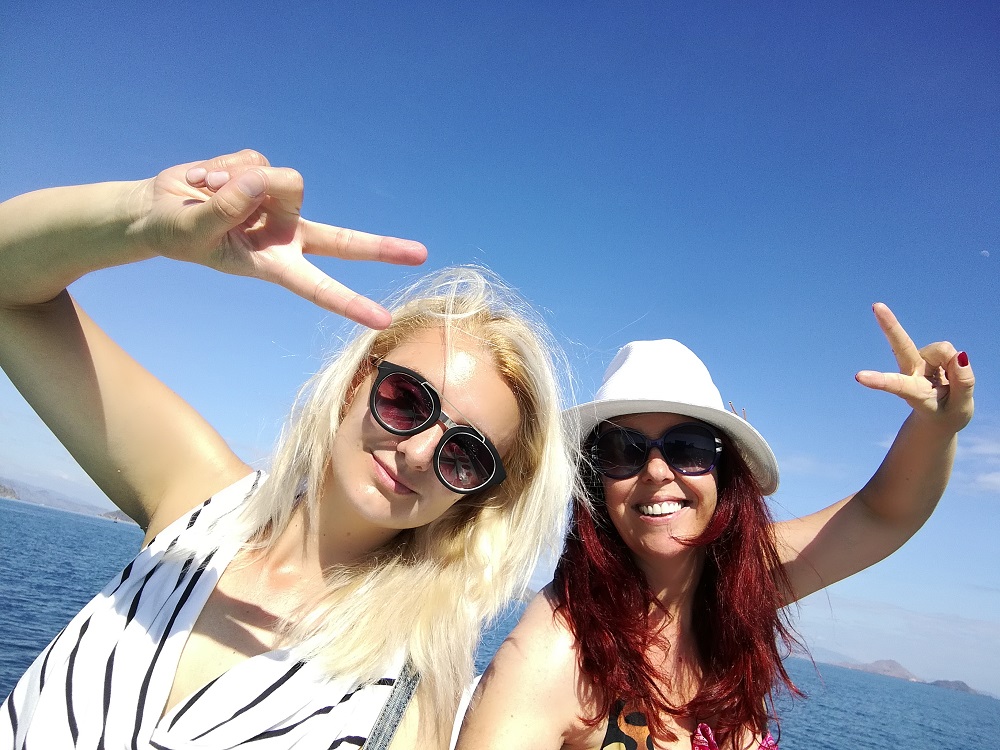 At the invitation of the Embassy of the Republic of

Independence Day of the Republic of Indonesia

A national holiday, Independence Day of the Republic of Indonesia,